You would think that someone would have figured out a way to future-proof surround processors and receivers. Most surround-sound components become obsolete as soon as a new type of audio or video processing is introduced, requiring the consumer to upgrade by purchasing a new unit if they want to remain at the leading edge of technology.

A few manufacturers have experimented with placing audio and video processing on removable modules similar to computer cards, but NAD is the first company to actually deliver on this promise of card-based upgrades. If you purchased one of their MDC-compatible products when they were first introduced about four or five years ago with only basic HDMI 1.0, you could have progressively upgraded it to include high-resolution DTS-HD Master Audio and Dolby TrueHD audio, along with Gennum VXP video processing and now HDMI 1.4 and 3D video. 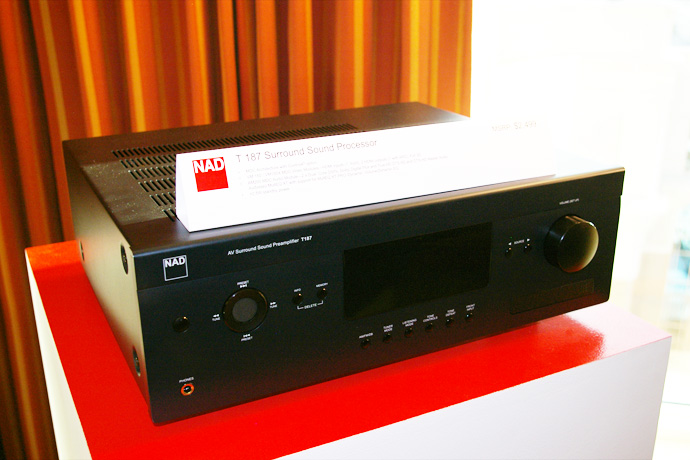 Not only is NAD continuing to upgrade their MDC modules, but they're also lowering the prices of some of their MDC-compatible components, presumably by amortizing the cost of the development of the MDC architecture over time. At $2499, the new T 187 surround-sound processor costs $500 less than the T 175 processor that it replaces. Their least-expensive product featuring MDC construction is now the T 757 surround-sound receiver at only $1499.

NAD might lose some sales of new units by allowing easy upgrades of older models of surround-sound components, but they will gain the loyalty of customers and my admiration.