There's a fine balance between humility, genius, and arrogance. High-end audio is full of people who profess to genius, who make their careers by claiming to have special insight into electronics or speaker design.

While some of these people undoubtedly earned their chops through hard work and research, there are many others who lay claim to special knowledge and "proprietary" technologies that appear by divine revelation.

Earlier today while looking for new products, Roger Kanno, Aron Garrecht, and I strolled into Harman International's suite. Harman wasn't showing any new-for-2011 components, but we decided to bivouac for a spell in order to take a listen to the JBL 1400 Array BG horn speaker. 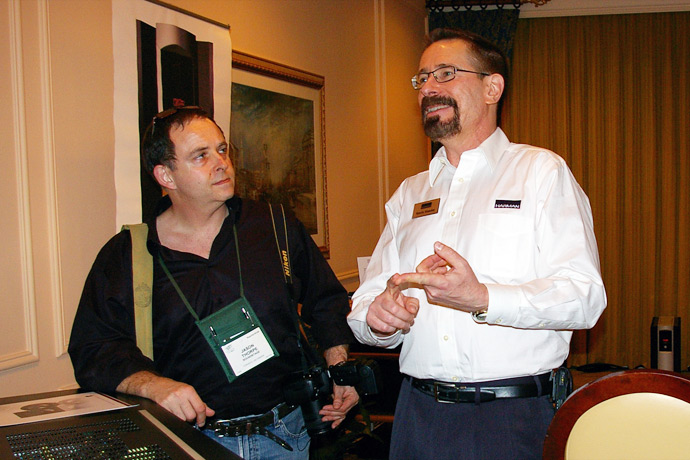 We were given the guided tour by Kevin Voecks of Harman International. That Kevin knows his business is without question. After all, he's the smarts behind Revel’s loudspeakers. But after talking to him, I found more impressive his easygoing manner, willingness to talk about audio, and ability to edify without sounding arrogant.

At one point I rapped the side of the JBLs with my knuckle and asked about how well-braced the cabinets were. Kevin smiled and said "the knuckle test doesn't really show anything. We use laser interferometry." 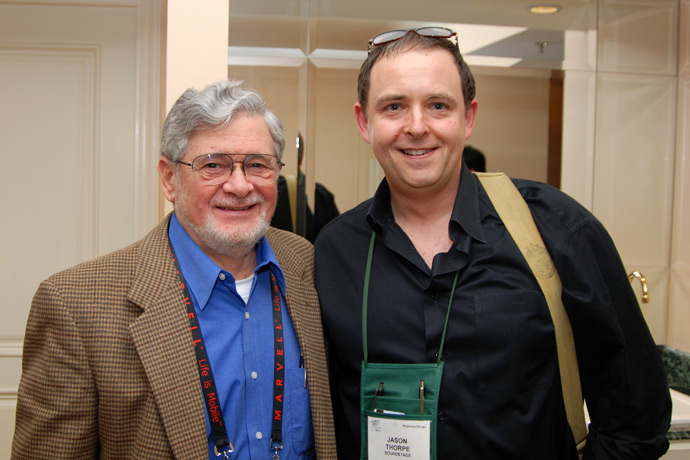 Later that day I recognized and introduced myself to Joseph D'Appolito, the inventor of the midrange-tweeter-midrange alignment that bears his name. CES is the place to be if you want to rub shoulders with the true hi-fi luminaries.

I couldn't help but notice the sharp contrast between these two accomplished designers and some of the designers from small -- and not-so-small -- companies who seem intensely reluctant to divulge the science behind their products.

To those who might not know better (and before I educated myself on the science of audio, I'd have lumped myself in this category), this reticence could easily be mistaken for caginess, for the trappings of brilliance. It's as if these maverick designers know something that's withheld from the rest of us. They want us to think -- and perhaps they do in fact believe this -- that they are geniuses who've discovered a new facet of audio science.

But I'm fairly sure that the people who say they know something really revolutionary but aren't willing to divulge what it is and how it works don't actually know very much at all.