I'm packing for CES right now. I can see the Venetian in my mind as crates are unloaded and audio systems are dialed in. I'm just crazy about this stuff!

CES is, for an audio reviewer, much like a child walking into a new toy store. Each product is grander than the last. And if there's one high-end-audio product that captures the imagination more than all others, it's the flagship loudspeaker. It stands proud, anchoring the audio system, turning the electrical into the acoustical, and making the music real. For a speaker designer, it can also turn an everyday man into a semi-celebrity.

I've owned my share of expensive loudspeakers -- the Wilson X-2 Alexandria and Rockport Technologies Arrakis among them. Knowing that the speaker defines a system's sound more than any other component, I've invested countless hours in search of the best I could get. 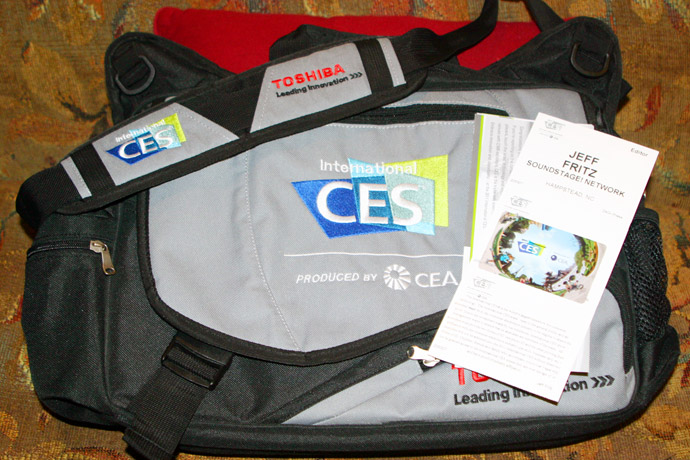 During my journey I've continuously examined the landscape of super loudspeakers. I've heard most of them, embarking on projects like The Great North American Loudspeaker Tour to hear some in quick succession. And as of January 2, 2011, the following five brands, listed in alphabetical order, have piqued my interest the most:

Magico (USA): Has there been a more talked-about super loudspeaker than the Q5 ($59,950) in the last year? Not even close. The Q5 has garnered numerous "best ever" reviews, and according to company owner Alon Wolf, it's in super high demand. The introduction of a smaller-scale Q model is sure to be the subject of constant buzz at CES. The Q3, estimated price somewhere in the mid-$30k area, could be a super-speaker bargain that sends audiophiles clamoring. The very first pair of Q3, debuting at CES 2011, is scheduled to come to my Music Vault for the first full review. I can't wait to get a sneak peek in Vegas.

Rockport Technologies (USA): Although Andy Payor isn't exhibiting at this year's CES, it's not because he isn't working to advance the loudspeaker art. Rockport has relocated their shop and listening facilities to a new waterfront location that's sure to inspire Payor's creativity. He's building a new listening facility as we speak, and there are some interesting rumblings coming from Maine regarding new products.

Tidal (Germany): If a list of satisfied customers a mile long is any indication, the Tidal brand is an overwhelming success. Day by day, hour by hour, Internet threads about Tidal grow around the world, and the name of company owner Jörn Janczak seems to find its way into discussions of great loudspeaker designers. Now my interest is piqued! Hopefully, over the course of the next few days I'll announce that a Tidal review is planned for yours truly. Our people are talking to their people, as they say.

Vivid Audio (England / South Africa): Is there a more controversial-looking speaker than the Vivid Audio Giya G1? Not that I've ever seen. But the fact that its performance seems almost revolutionary has seemingly overtaken any reservations folks are having about the look. The newest member of the Giya line, the G2, employs the very latest thinking of designer Laurence Dickie, yet in a smaller package than the G1. Publisher Doug Schneider will be receiving the G2 up in Canada to be reviewed and then measured in the NRC's chamber.

YG Acoustics (USA): Yes, the "Best Loudspeaker on Earth. Period" is back with a vengeance. Can new in-house-machined driver cones and a refined crossover network make Yoav Geva's "best" even better? The Anat Studio III is brand new and is scheduled for a trip north to Doug Schneider's home in early 2011.

Others? Sure, there must be, and I'm going to seek them out at CES. Sadly, there are a lot of speakers that just don't qualify. Some speakers might sound decent enough, have a shiny painted finish, or look like the finest furniture, but that doesn't mean they're expanding the loudspeaker performance envelope in any meaningful way. Remember, I'm looking for the truly super speakers at CES 2011.