Back in 2008 I reviewed the Crystal Cable Arabesque all-glass speaker and found it to be the most thrilling product that I've ever covered. It sounded fantastic, and just look at the thing -- it’s drop-dead sexy and absolutely unique!

So I took the first opportunity to nip over to the Mirage hotel here in Sin City and take a good, long look at Crystal Cable's new Arabesque III speaker. To tell the truth, I was somewhat apprehensive about this encounter. I'd seen a photo of the Arabesque III, and it didn't exactly get my heart racing. It employs the same unique shape and proportions as its glass cousin, but it's, well, not glass. It's gray. The price isn't fixed yet, but it's expected to be about 30,000 euros.

In person I wasn't overwhelmed by the looks of the Arabesque III, but once I realized that it's made entirely from billet aluminum I brightened considerably. An aluminum chassis can be anodized any color, and this slim, elegant little column would look decidedly natty in, say, Ducati Red, or Lamborghini Orange. 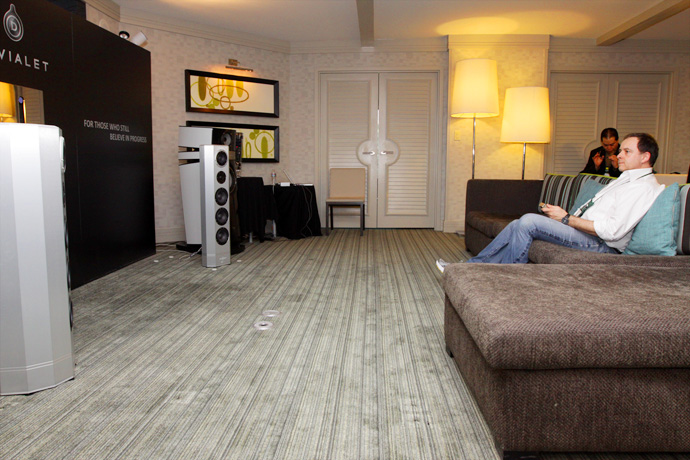 So we sat down to listen. It didn't take more than a couple of notes to realize that there was something very special going on in this room. There were about eight other people milling around, and most of them were talking, but the first piano notes rang out so clearly, and with such resounding definition, that I could hear straight past their jabbering and was instantly drawn into the music.

The Arabesque III is fitted with top-notch Scan-Speak Illuminator drivers, and the tweeter has a beryllium dome. But I'd heard these drivers in other speakers, and I don't recall them grabbing my attention in quite this manner.

I'm certain it didn't hurt matters any that the Arabesque IIIs were hooked up to the Devialet D-Premier integrated amplifier/DAC ($15,995). There's been a fair bit of buzz about this unit circulating around the show, and from what I heard it's justified.

Whatever the reason, I was content to sit there and listen without worrying too much about which product was contributing the most to the sound. Either way, this room was still one of the best sounds at the show. 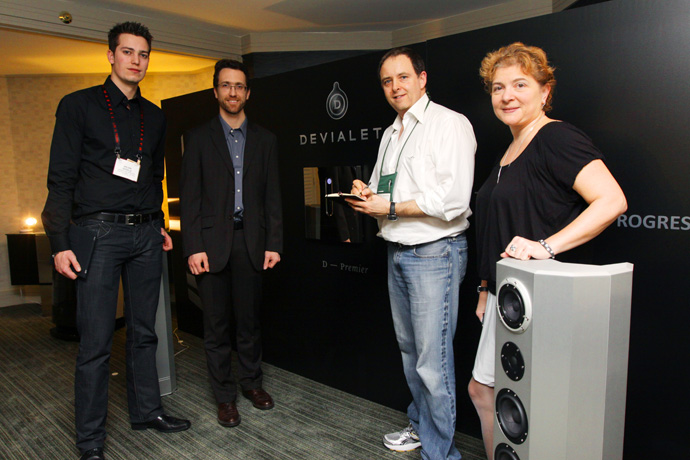