MartinLogan Launches the Next Generation of Dynamo Subwoofers

Undeniably, MartinLogan’s Dynamo subwoofers, first introduced in 2004, have been a smashing success. At one point, I owned the now-retired Dynamo 1000W, and over the years, I have known many very happy Dynamo owners. Likely of intense interest to those owners and many other home-theater and music aficionados, MartinLogan has launched a revamped Dynamo line. In late June I braved 100-plus-degree temperatures in Dallas, Texas, to visit one of the company’s largest dealers, Starpower, for the launch celebration. 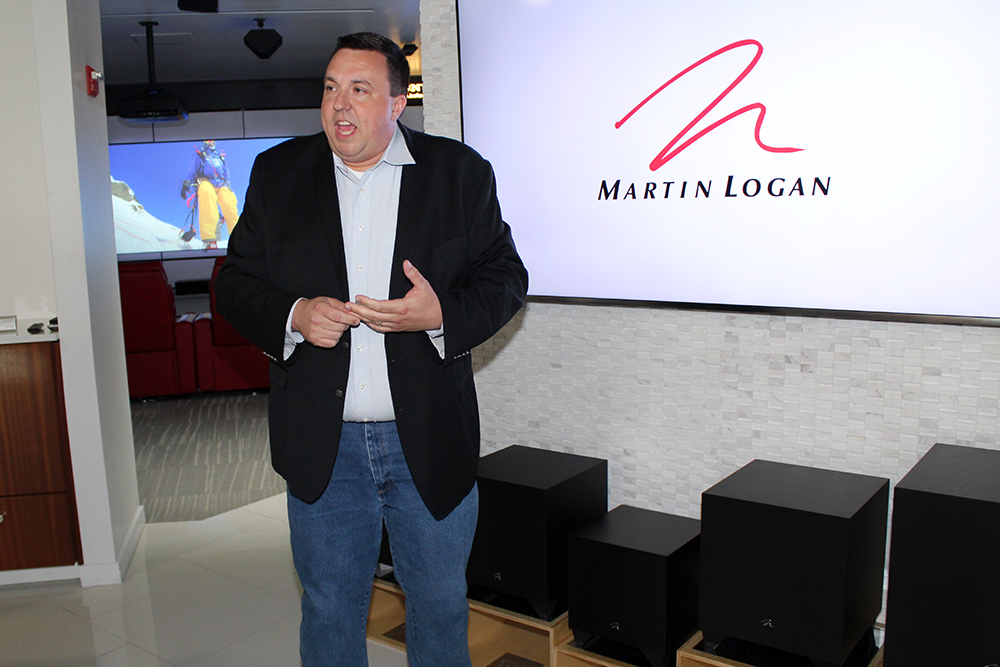 Sonically improved and boasting new features compared to the older models, the new Dynamos have advanced woofers with inverted surrounds and improved magnets, motors, and suspension systems. According to MartinLogan, the magnets -- much more powerful than those on the outgoing Dynamos -- are paired with rigid, lightweight diaphragms and powerful amplifiers to deliver massive excursions and output, and preserve bass details when used for both music and movies. 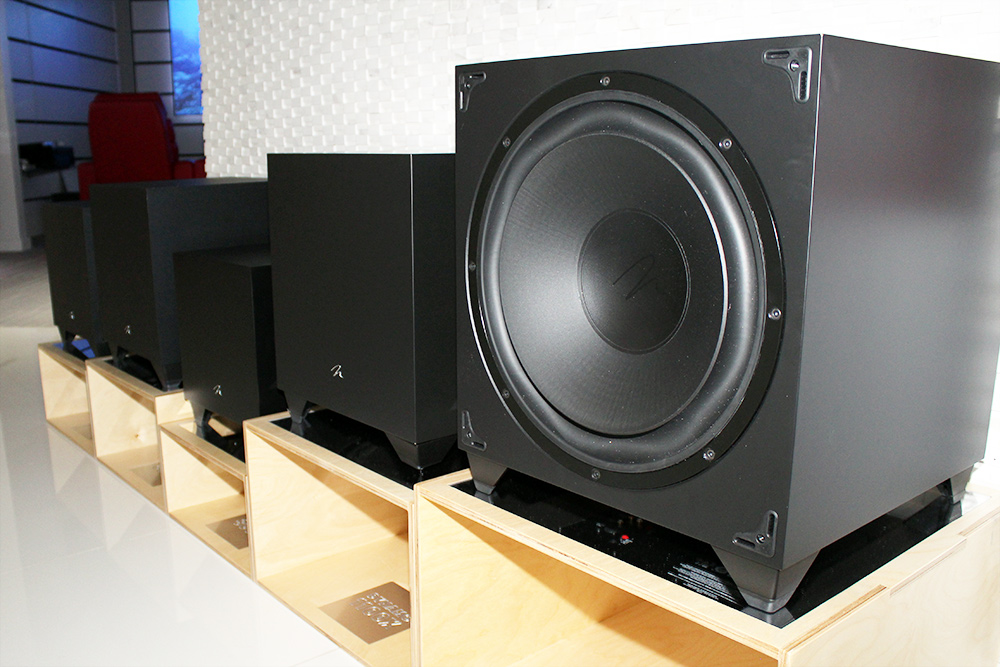 When used with MartinLogan’s SWT-X wireless subwoofer control system ($200), the X subs can operate via wireless signal transmission. The X subs also use a Bluetooth connection from an Apple or Android phone or tablet to wirelessly set up the subs and run their built-in Anthem Room Correction (ARC) software. 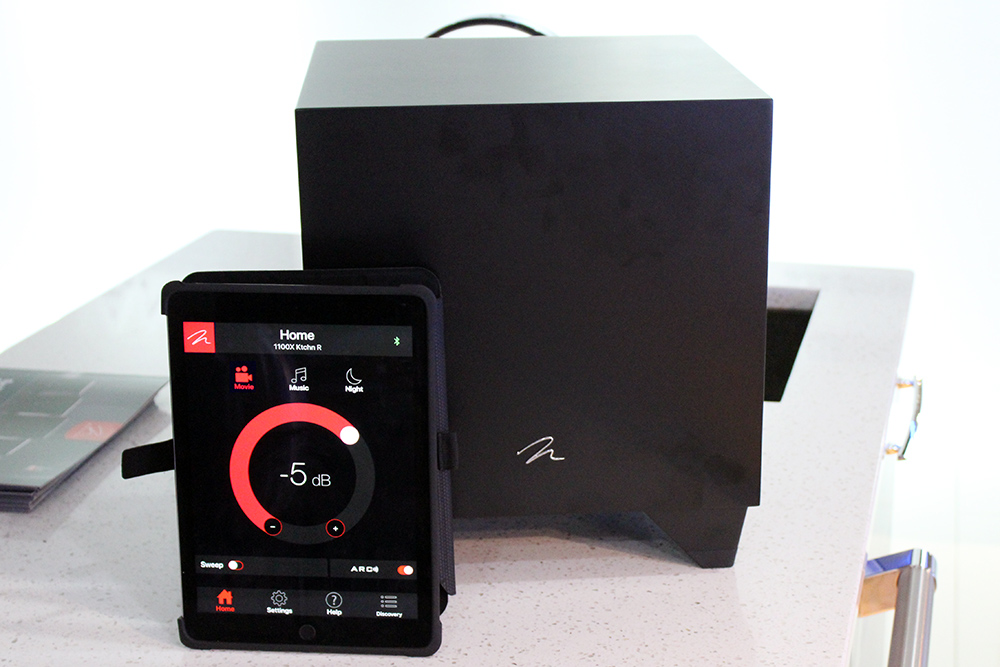 Extremely flexible, the top-three Dynamo models can be configured so that their drivers can fire either forward or downward. The subs feature unbalanced RCA, balanced XLR, speaker level, and optional digital wireless signal inputs (connections vary by model). Also, they can receive an LFE signal through their right-channel line-level inputs or discrete LFE inputs. 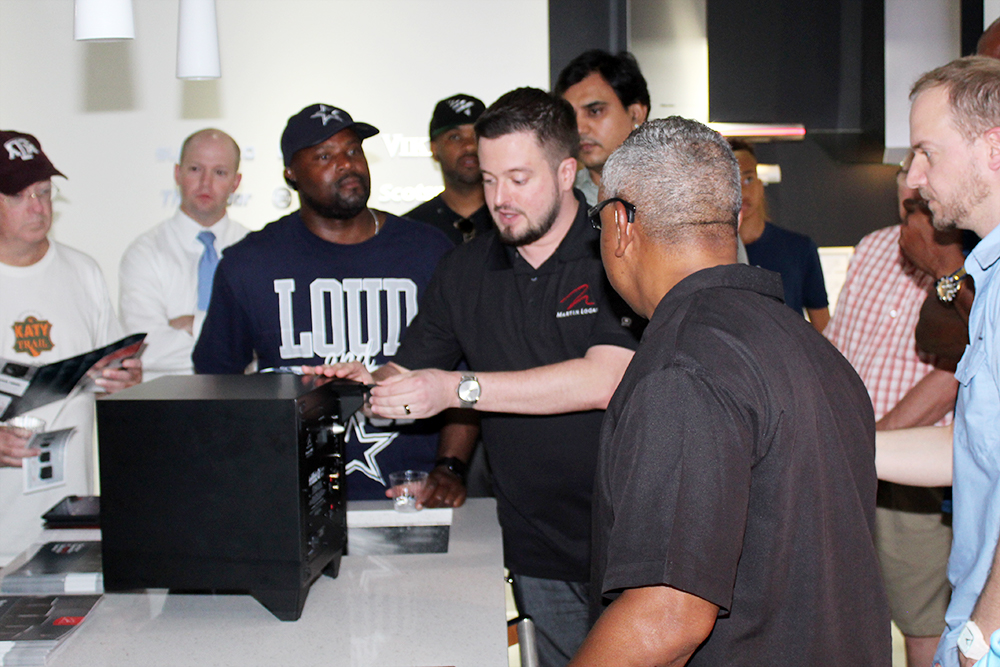 The 400 and 600X models feature vented designs with low-turbulence ports, while the 800X, 1100X, and 1600X are sealed. The latter three models allow the simultaneous connection of both two-channel stereo music and multichannel home-theater systems, with each source having its own crossover and control settings.

I’m hoping that some of the new Dynamo’s features, particularly the wireless capabilities, will eventually trickle up to MartinLogan’s upper-tier BalancedForce subwoofers.

The tour of Starpower’s flagship 15,000-square-foot Luxury Living Showroom was a worthwhile event in itself, showcasing the latest in high-end stereo and home-theater systems, room treatments and furniture, home appliances, and smart home-control systems. Over 150 people packed the showroom for the launch event, which was streamed live on Facebook. 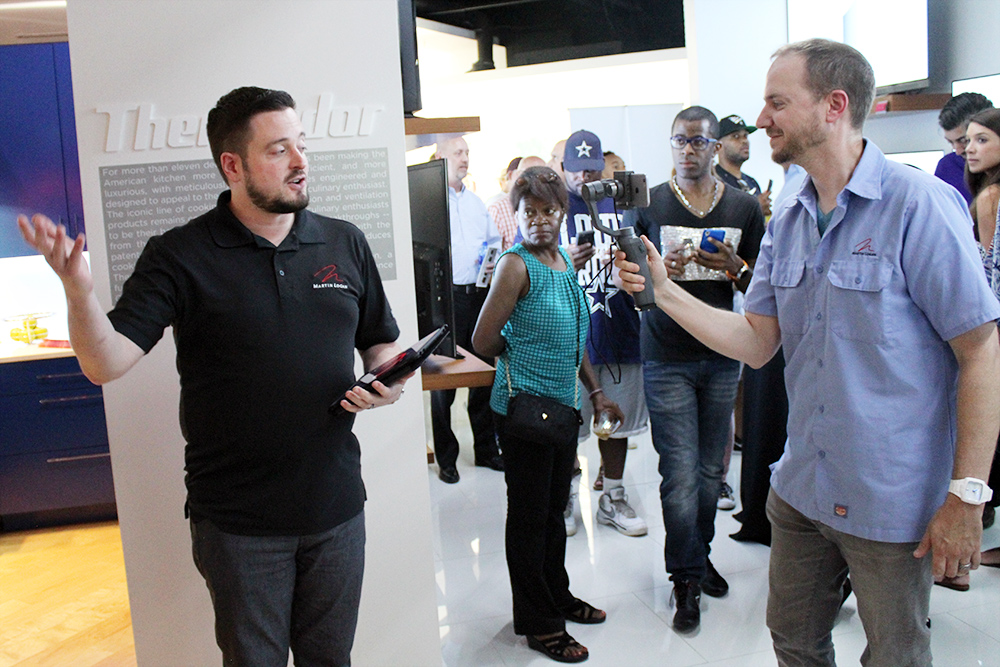 Allan Tarrant, MartinLogan’s Vice President of North American Sales, kicked things off by removing a large cloth that hid the five new Dynamo models. He then announced that the subs would be raffled off at the end of the event to five lucky winners -- one sub per winner. To be eligible, attendees had to visit several rooms within the showroom, in each of which was a demonstration of the new subs or the new wireless app. The attendees were given a card, to be signed by a MartinLogan staff member in each of the rooms, which would later be collected and used in the drawing. 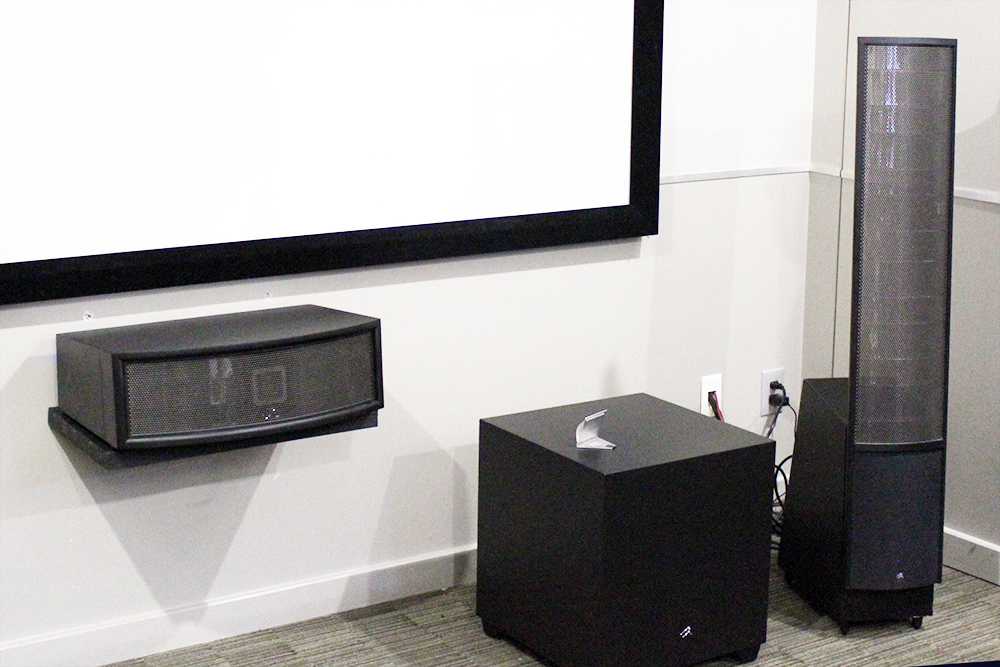 One of the rooms contained the huge Dynamo 1600X paired with MartinLogan ElectroMotion ESL X full-range floorstanders and the ElectroMotion ESL C center-channel speaker. Queued up was a scene from The Dark Knight in which, after falsely confessing to being Batman, district attorney Harvey Dent is being taken to jail in an armored police van. However, the Joker has other plans, using a garbage truck, an 18-wheeler, and a rocket launcher to take out the van and its police escort.

The 1600X reproduced the thunderous impacts of the vehicle crashes and rocket explosions with absolutely no sign of strain and plenty of textural detail. Particularly given the 1600X’s $1700 price, it was quite an impressive demonstration. 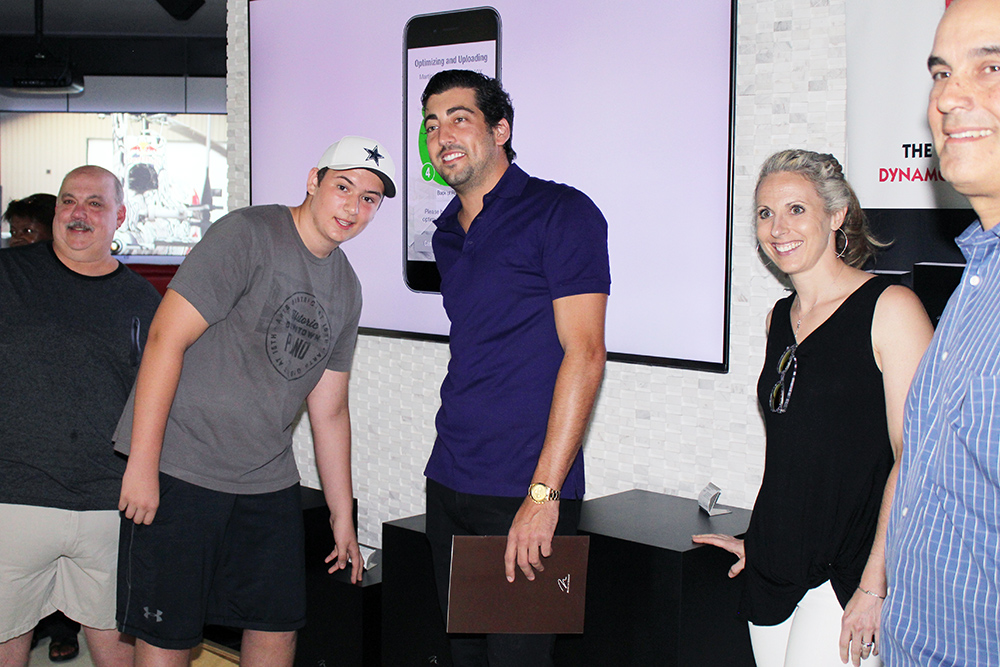 At the end of the event, the cards were collected and Tarrant announced the lucky winners, each of whom was elated, to say the least. Unfortunately, as I didn’t enter the drawing, I was not one of them. But it’s not a stretch to predict that with their newly added performance and functionality, the new Dynamos will be an even bigger hit than the outgoing models. Heck, I am jonesing to buy one and I don’t even need another sub!