Polk Audio has significantly redesigned their top-of-the-line LSi series of loudspeakers and dubbed them LSiM. Even with all of the new upgrades, the price of a pair of bookshelf speakers starts at only $1500 and goes up to $4000 for a pair of their largest floorstanders.

The new LSiMs feature advanced drivers such as a ring-radiator tweeter coupled to a small 3.25" midrange driver to form what Polk calls a Dynamic Sonic Engine. A larger 5.25" or 6.5" (depending on the model) midrange-woofer driver is also utilized, along with oval-shaped woofers in the floorstanders. The floorstanders are true four-way loudspeakers, and the bookshelf is a three-way design. 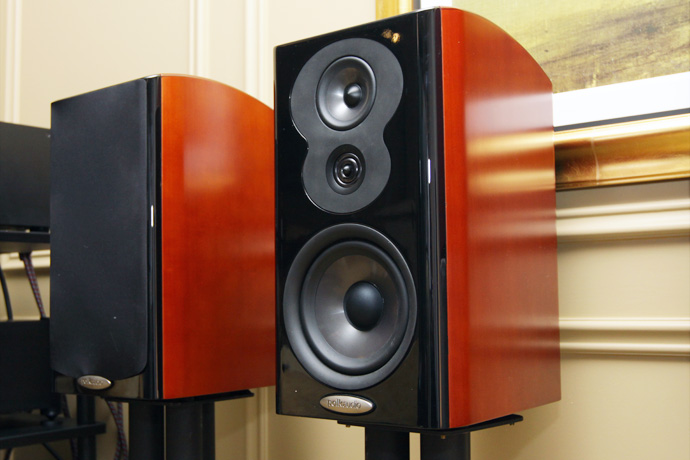 The cabinets are heavily braced, and each driver in the largest M707 tower has its own chamber for a total of five separate compartments. Even the grille has been designed to reduce diffraction by being only 1mm thick. The grille mounts flush to the cabinet with magnets. 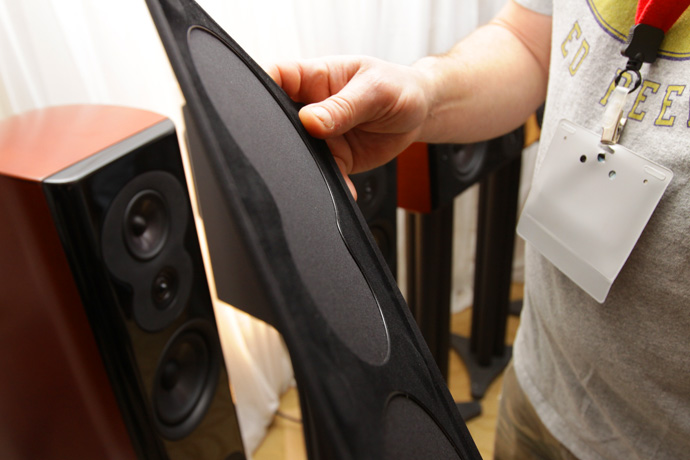 The entire line consists of the M707 and M705 towers, M703 bookshelf, M706C and M704C center-channels, and the M702FX surrounds. Even though they've been significantly improved, the new LSiM models are priced only slightly above the LSi models that they replace. 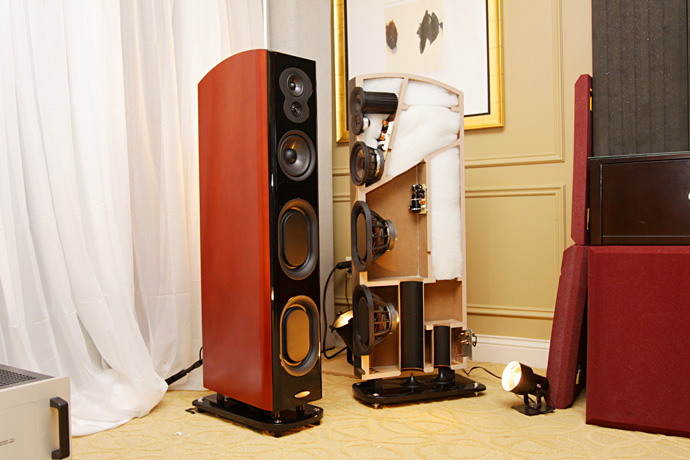 Listening to the largest floorstander, the M707, powered by Audio Research and Wadia electronics, I found that the sound was astonishingly clear and lifelike with tons of tightly controlled subterranean bass on the Patriot Games soundtrack. This was not the best speaker that I heard at the Venetian this year, but after hearing many of Polk's much more expensive competitors, I found it hard to believe how close the LSiMs are to the competition at a fraction of the price.