The world is perverse and it thrives on irony. Today I went into the Venetian hotel, home of CES's high-performance exhibits, looking for the rich vein of analog gear that I just knew would be threaded through the entire show.

Early yesterday I noted that Pro-Ject, the Austrian manufacturer of perhaps the world's largest line of turntables and associated analog gear, had a large suite. I've had a long and fruitful relationship with Pro-Ject, having worked my way up their product line, ending with the RPM 10 turntable and remaining very happy with it despite my fickle history of errant gear swapping.

I walked into Pro-Ject's suite and was confronted by a long bench laden with all manner of 'tables, some in distinctly fruity colors reminiscent of a pack of Skittles candy. The world has order. 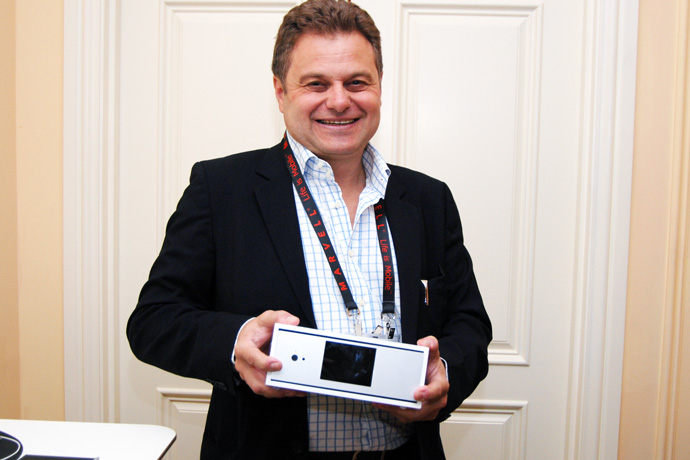 Another good omen: Heinz Lichtenegger, the president of Pro-Ject, was in da house. I introduced myself to Heinz, as I'd long been keen to meet the man from whose mind sprung such juicy nuggets as the Pro-Ject Cartridge Alignment Tool, which I've come to rely on whenever I touch my analog front end.

But today Heinz didn't want to talk turntables. No sir, he wanted to tell me all about his new Stream Box SE, which is a full-featured media-streaming component that's Wi-Fi enabled and tunes in Internet radio. It also decodes AIFF files, as well as FLAC files at up to 24/192 resolution, and just about any other file format you'd care to name. 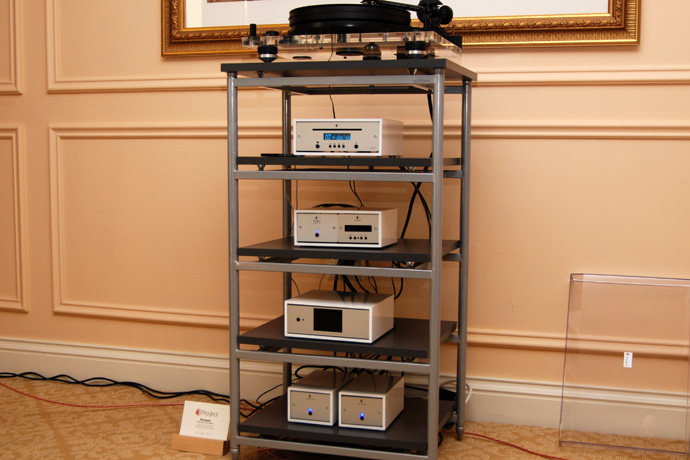 What makes the Stream Box SE really nifty is that it can run either with or without a computer. It's UPnP compliant, so your computer will recognize it without any special software, but if you don't want to bother with setting up a server or leaving your 'puter switched on 24/7, just plug a jump drive or external hard drive into the USB port and you're off to the races. There are still other options. Simply feed an SD card into the slot in the front of the Stream Box SE, or plug your iPod in through the USB port, and it'll pull a digital signal right out of that device and decode it for you.

The Stream Box SE retails for a reasonable $1200, and projected(!) availability is first quarter 2011, dependent on finalization of Apple licensing.