You have to admire aspiration and vision. The renderings for Verity Audio's new Monsalvat loudspeaker ($325,000 per pair) show truly inspired thinking. It's simply beautiful. Not beautiful as in a really good-looking loudspeaker, but beautiful as art in and of itself.

How does it sound? No one knows, since the speaker has never been shown publically -- only the renderings were shown in Vegas, printed out as well as on a computer (see below). There is a working model in Verity's factory in Quebec City, Canada, but the first public appearance won't be until later this year -- perhaps as early as the Salon Son & Image show in Montreal in April, but only if it's fully completed by that time. If the Monsalvat sounds half as good as it looks, whoa, look out. 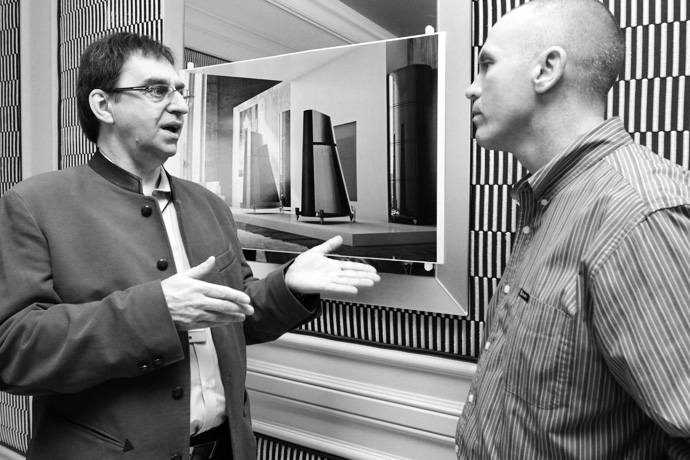 But there are details available now. I talked to Verity’s vice president, Julien Pelchat, about what this ambitious design is about. Here it is in a nutshell: The Monsalvat is a four-way, four-piece active loudspeaker system that requires six channels of amplification for a stereo pair. There are two main speaker towers that house the tweeter, upper-midrange, and lower-midrange drivers, and there are two subwoofer tower stacks with four 15-inchers apiece. 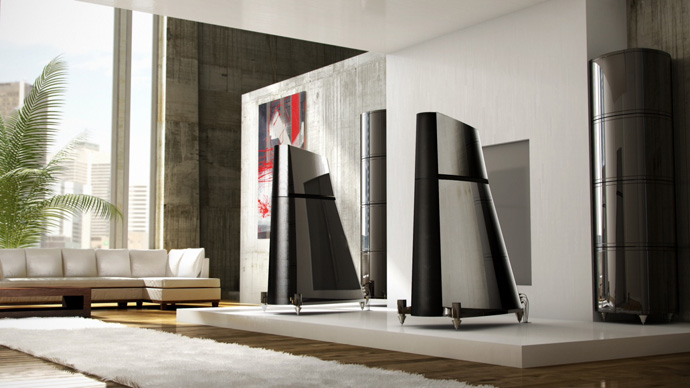 There's a passive crossover between the ribbon tweeter and midrange in each speaker (powered by one channel of amplification). The midbass array and subwoofer tower are each powered by dedicated channels of amplification, making three channels per side required. Julien explained that these towers can be arrayed either vertically or horizontally, depending on exactly how the consumer wants to set them up in their home (each tower is about eight feet tall and, therefore, might not fit every room's ceiling height). 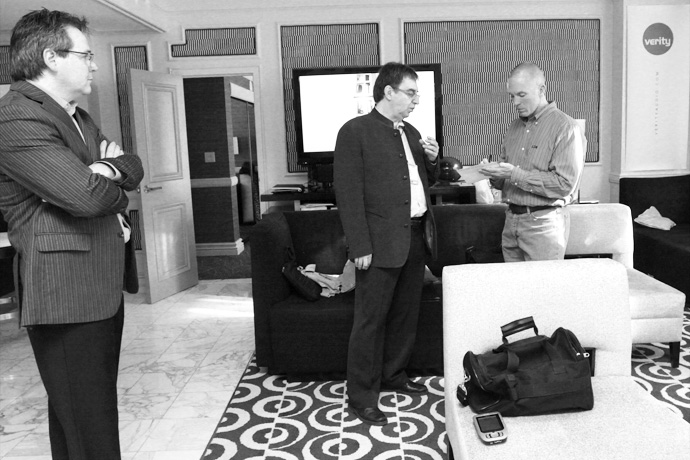 Appreciation for a speaker’s sound is an individual thing, but most would argue that one thing Verity does extremely well is mix high-end sound with high-end styling. I hope to hear the Monsalvat soon, and when I do, I'm hoping its sound is as inspired as its physical beauty. 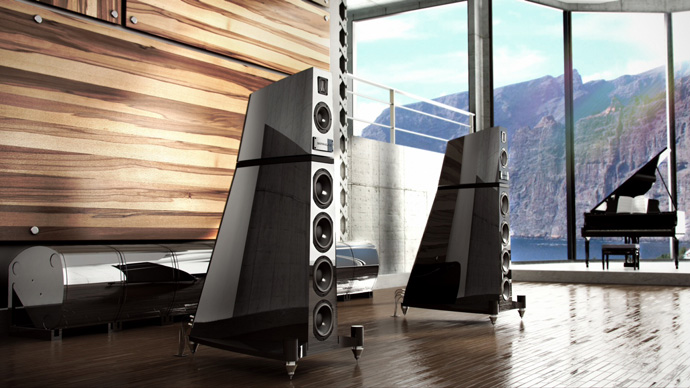