If you were at CES and saw a shiny, non-descript integrated amplifier with a sexy remote and simply passed it by because you thought it was too pretty to be a serious audio product, you probably missed one of the most exciting product debuts in Las Vegas this year.

CES 2011 wasn't the true debut of the Devialet D-Premier integrated amplifier and DAC, which sells for $15,995 -- it was actually released at the Munich High End show last April, and we were there to cover it. CES marked its North American debut, and it was commemorated by a press event put on by its distributor over here, Audio Plus Services. 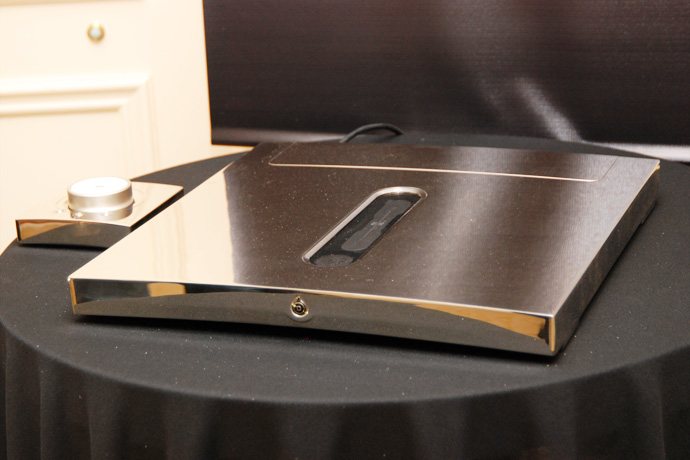 Here's what makes the Devialet D-Premier so special: it uses a new kind of amplifier design that marries pure-class-A amplification with a class-D amplifier. The class-A portion is used for voltage, and the class-D section is used for current. The company says that you get all the sonic benefits of class-A amplification with the loudspeaker-driving capability as well as the efficiency of class-D designs. The D-Premier is said to deliver 190W into 8 ohms, double its power into 4 ohms, and then double again into 2. Crystal Cable used it to drive their new Arabesque III loudspeaker, which Jason Thorpe wrote about and liked so much.

How they got class-A and class-D amplifiers to work as one is beyond me -- let's call it the French connection -- but it's more than putting into place a different approach to amplification just for the sake of doing it. The A-D marriage is purported to produce an amplifier that's better than anything else out there, something that's being backed by UK-based Hi-Fi News editor Paul Miller, the first person in the world to review and measure the D-Premier. 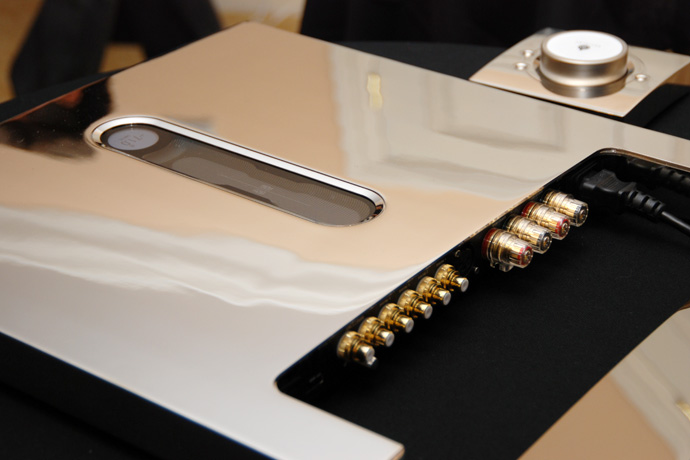 I talked to Paul for a couple of hours about the D-Premier at a different event we were both invited to on Friday night. According to Paul, the D-Premier has extremely low distortion that stays the same regardless of frequency, impedance, or power output, something he said rarely occurs with the conventional amplifiers he's measured. He's also extremely impressed with its power output in regards to changing impedance -- its power doubles perfectly each time the impedance is halved. Finally, he said it's so dead-quiet that you can glue your ear to the tweeter and not even know it's on, making resolution and transparency so extraordinary and uncanny that Paul said it makes his B&W 800s sound like a brand-new pair of speakers. 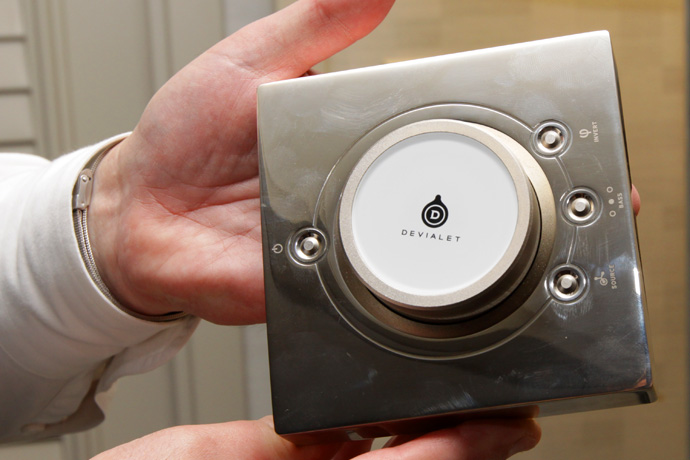 I could go on and on about other features of the product, including the preamplifier as well as D-to-A and A-to-D stages, but for now I just wanted to alert you to one of the most exciting new products to be released in some time. I have the feeling that many people at CES might have overlooked it, including the press, because they figured it was a matter of style over substance. Not this time. In fact, I hope to have a review sample of the Devialet D-Premier in my house soon and write more about it. Devialet's D-Premier was certainly one of the best things to see and hear at CES 2011.