F’ing Up a Legend?

Mirage's original M1 loudspeaker was released in about 1987 and is considered by many to be a legend. Back then, the Mirage brand was owned by Canada's Audio Products International (API), and the M1 looked like the Monolith from 2001. All that's changed.

Mirage is now owned by the Klipsch Group, and both of Mirage's key designers from the API days, Ian Paisley and Andrew Welker, are long gone. The current Mirage speakers no longer look like Monoliths, and they're not called "bipolar" designs -- a name given to them because of the way they distributed their sound to the front and rear. Instead, they now use funky reflectors to disperse sound, something Welker developed when the brand was still with API, and the technology is called Omnipolar.

But when I visited one of the bustling Klipsch Group rooms, I wasn't able to flag down anyone to answer my questions. I was about to leave when I spotted something that caught my eye. Backed up into a corner and sitting in front of the telephone was a Mirage Omnipolar loudspeaker that I hadn't seen before. 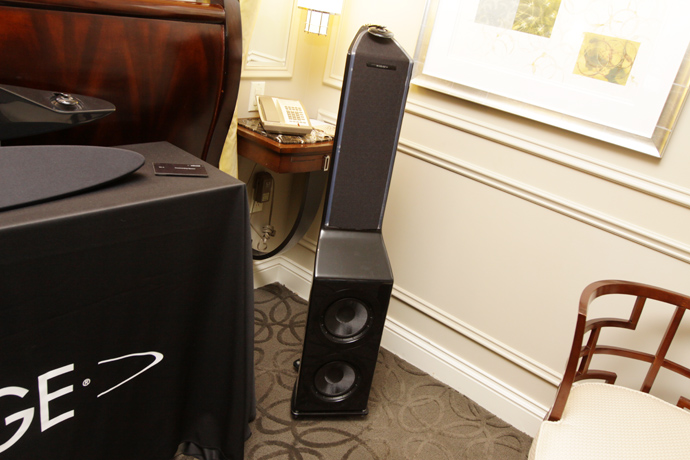 Judging by the quality of the finish, I guess this was only a mock-up, but it was labelled as the "M1-A Floorstanding Speaker" so I was intrigued. At first I was excited at the prospect of a new Omnipolar-type loudspeaker from Mirage, especially one whose name bears the lineage of the legendary M and Msi products. When I looked a little closer, though, I couldn’t help but think what an unattractive speaker this was, and how far it was from its predecessors in terms of appearance, quality, and overall appeal.

The original M1 was simple and elegant looking, and it was built extremely well. It was regarded as much for its unique look as it was for its superb sound. In contrast, the angles and proportions of the new M1-A just don't seem right, and the whole thing feels flimsy and cheap -- in fact, the one tucked in the corner was falling apart. Granted, this was probably just a mock-up, and it actually appeared to have sustained some damage, perhaps in shipping, but it wasn't an attractive speaker in any way and certainly nothing that looked legendary. Did Klipsch create this thing to entice some interest in the brand? If so, it didn't work. 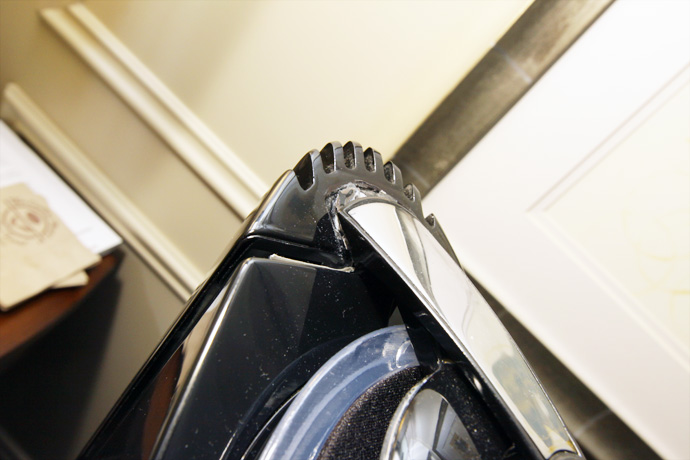 Mirage fans have been clamoring for a worthy successor to the M1 and M1si speakers for years, but I doubt the M1-A is what they had in mind. Talk about f'ing up a legend.