Vegas is a place where almost nothing is free and few things are cheap. The exception to this rule is Wi-Fi, at least at the Venetian.

It's an understatement to say we were surprised that you can get free Wi-Fi access throughout the entire main floor of the Venetian, including into the casino and food court. The fact of the matter is that we were astonished, particularly since almost everything here costs an arm and a leg.

More important, though, is that we were thrilled about it. Having this direct-to-the-Internet access -- FREE! -- made our on-the-spot reporting faster and, we think, far better. 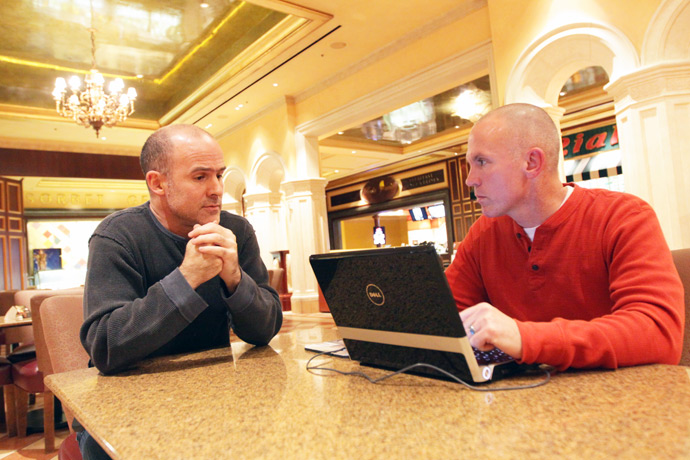