There seems to be a dearth of full-range loudspeaker introductions at the 2014 International CES, but Kharma, Magico, and YG Acoustics brought some serious gear with them that left me quite impressed. 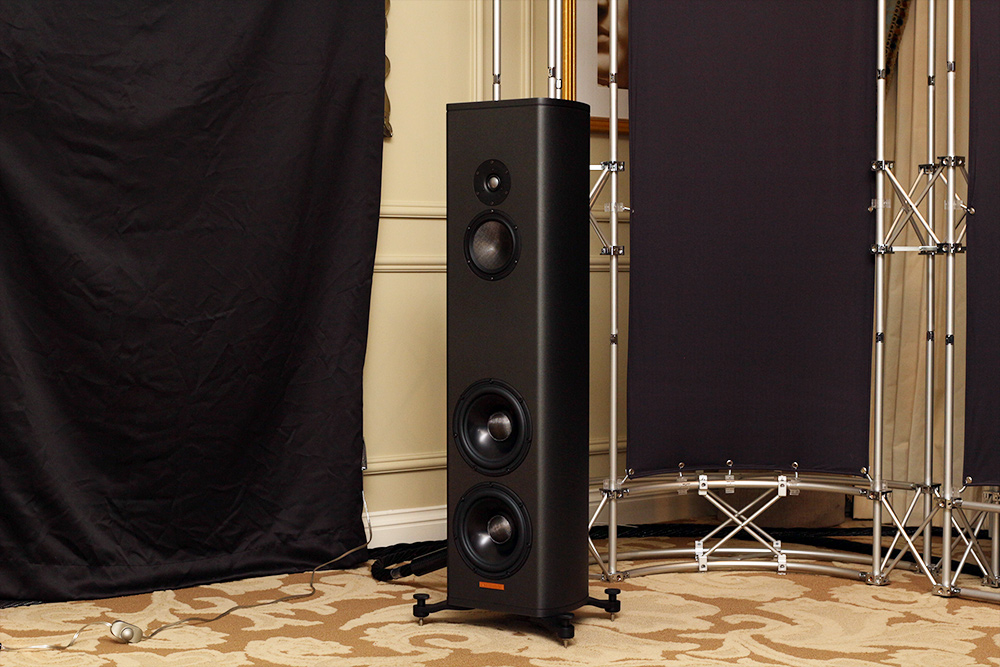 First was Magico's new S3 loudspeaker, which is priced at $22,600 per pair with the California company's standard M-Cast finish. With the same 1" beryllium-dome tweeter and 6" Nano-Tec midrange as its larger and more expensive sibling, the S5, but with a pair of smaller 8" Nano-Tec/aluminum bass drivers, it's a formidable design at a more approachable asking price. The extruded-aluminum cabinet is dense, reflective of the S3's 150-pound weight. It is a nominal 4-ohm design with a claimed frequency response of 26Hz-50kHz, and rings in at 88dB efficient. 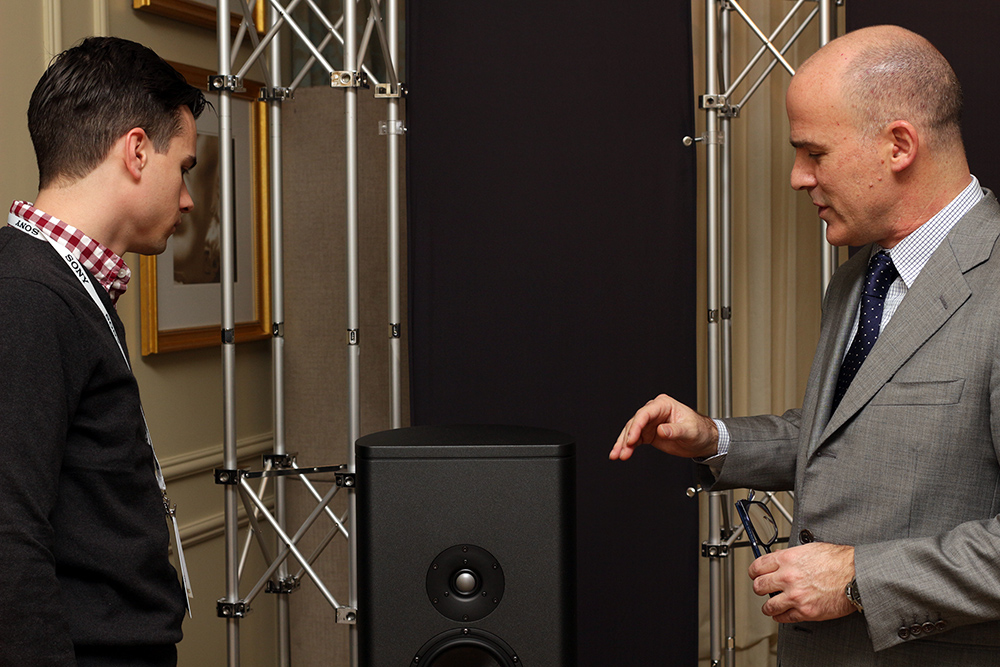 The pair sounded, in a word, sensational, much like the company's S1, which I heard at last year's show. Many audiophiles may pine for the larger Q-series speakers, but for me, the S3 is the one to have. It displayed the enormous transparency that Magico is known for, and also had bucketfuls of bass. What impressed me most, however, was the sheer athleticism and impact it could deliver down low. A precious few high-priced loudspeakers produce bass with the sheer speed and articulation of the S3. First class. 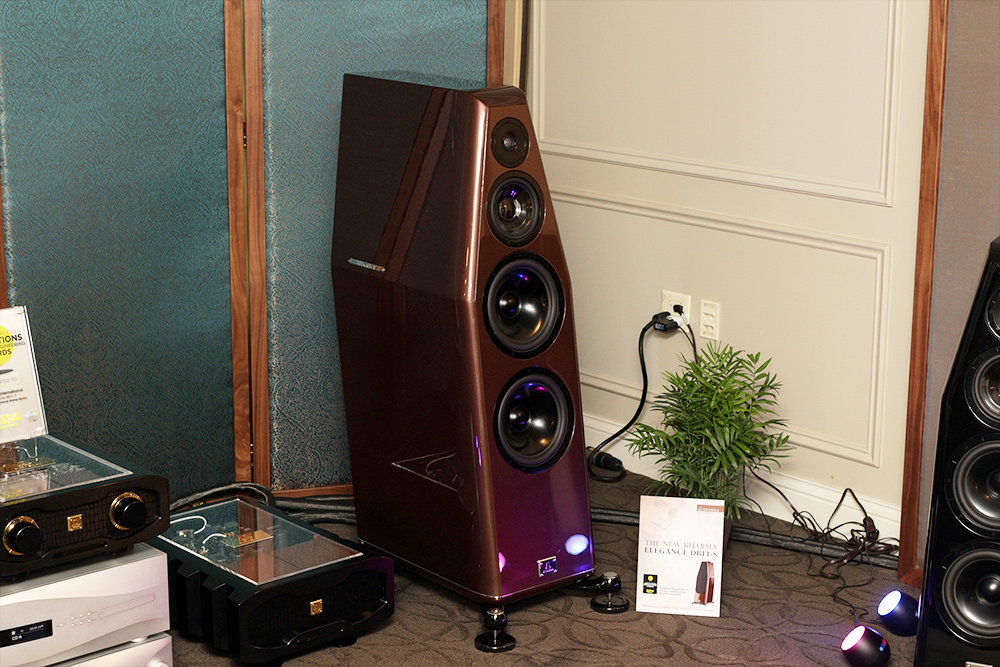 Kharma, based out of the Netherlands, debuted its $54,500-per-pair Elegance Double Eleven Signature, which the company abbreviates as dB11-S. The three-way Kharma uses a 1" beryllium-dome tweeter, a 7" Omega 7 carbon-fiber midrange driver, and a pair of 10" aluminum woofers. Spec'd at 21Hz-30kHz, with a nominal 4-ohm impedance, and 89dB efficient when fed a 2.83V signal, the substantial-looking speakers produced an alluring rendition of "The Pink Panther Theme" by Henry Mancini. They produced a broad, intimate sound that erred a bit on the warm side of the sonic spectrum. The midrange was vibrant and rich, while I found the dB11-S to deliver a more transparent performance than Wilson Audio's Alexia, which I heard elsewhere at the show. Quite the romantic, Kharma's new loudspeaker. 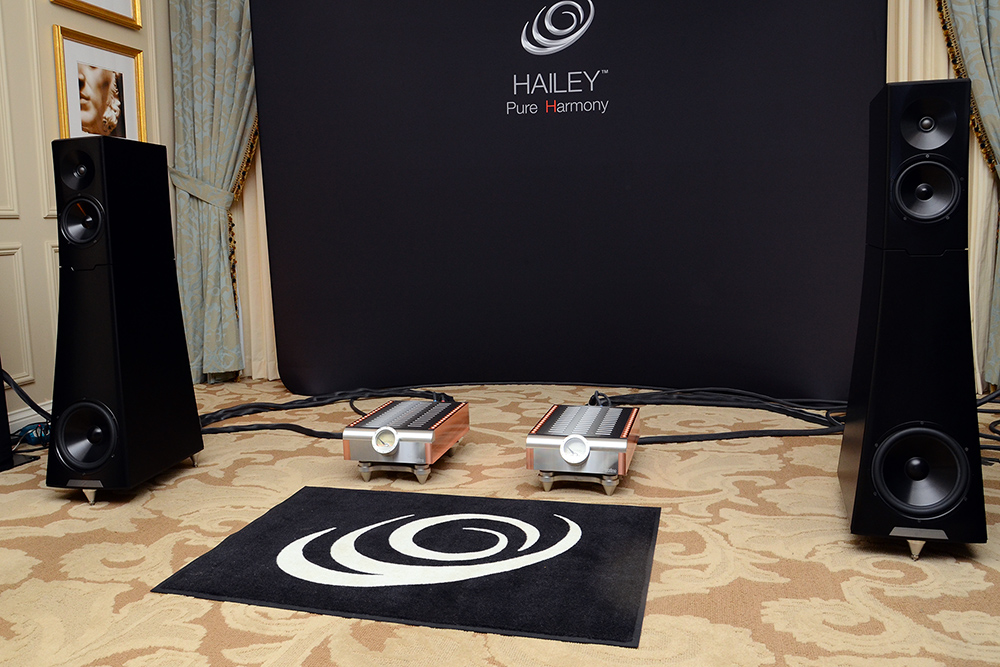 Lastly, YG Acoustics of Colorado demonstrated its new $42,800-per-pair Hailey 1.2. It has the same unmistakable form factor as YG's other designs, and the 170-pound, CNC-machined aluminum cabinets are impressively rigid. Housing the company's trademarked ForgeCore tweeter, the brand new 7.25" midrange driver crosses over to a single, considerably sized bass driver at 65Hz. YG claims ±1dB deviation across the audioband -- 1/3 of what is claimed in competing designs -- with a "usable output" of 20Hz-40kHz. It doesn't look to be the easiest speaker to drive, with a nominal 4-ohm impedance, dipping to a minimum of 3 ohms, along within a sensitivity of 87dB. Despite this, however, the striking aluminum loudspeakers really sang. They possessed a smooth, if slightly lively, character that I found quite engaging, while also going on to produce a significant amount of bass energy. I was most taken with their soundstaging abilities, though, as they put forth an enormous soundstage, no doubt due to their ForgeCore soft-dome tweeter. With its impressive build quality and a distinctive profile, the Hailey 1.2 is probably my favorite looking speaker at CES.