Three of the Finest Monoblock Amplifiers of CES 2014

There's something for everyone at this year's CES, from sub-$100 cables, to $450,000 "super" speakers from Scandinavia. But for some lucky, and certainly well-heeled, audiophiles out there, the Venetian is showcasing some of the best new monoblock amplifiers around. 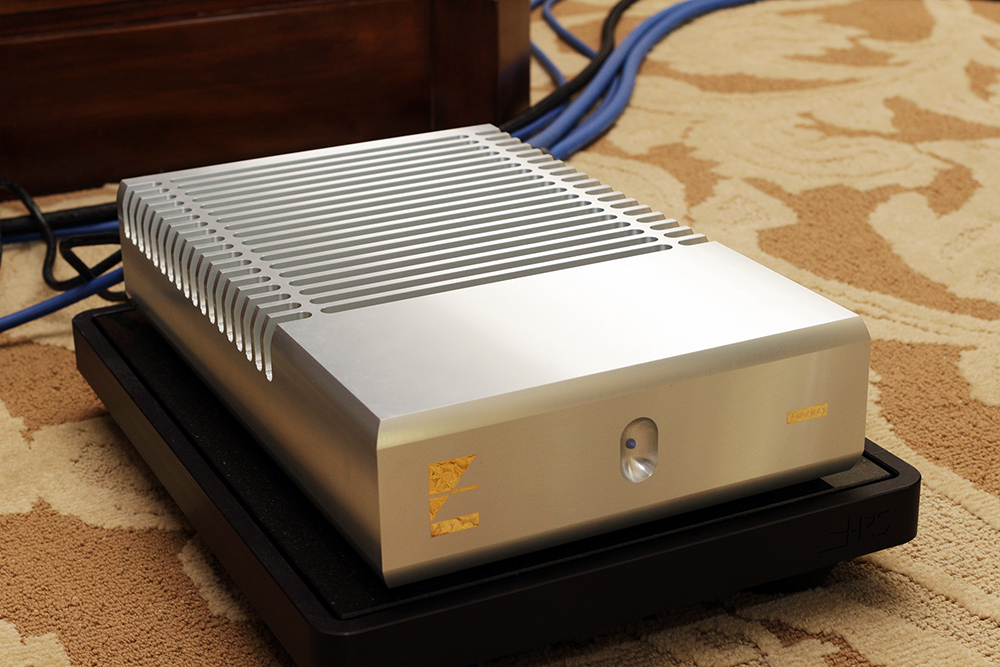 First up is Ayre Acoustics' MX-R Twenty mono amplifier. Alex Brinkman of Colorado-based Ayre walked me through what makes the 20th-anniversary model such an improvement over the outgoing MX-R. While the chassis and its transformers are identical, the innards of the finely crafted aluminum monoblock are entirely new. After company founder and designer Charles Hansen's work on the less expensive 5 Series line of products, he felt that their performance was approaching that of the costlier R Series line, and resolved to push the performance envelope as far as he could. Among many enhancements, the MX-R features Ayre's new Double Diamond output stage, which maintains the thermal efficiency of the previous model while offering what Alex described as "the most articulate sound we've ever come out with."

A full 300W of power into 8 ohms is on tap, along with RCA and XLR inputs, permitting the sleek amps to thrive in almost any application. Partnered with the company's matching KX-R Twenty preamplifier (also new), their DX-5 DSD, and Vivid Audio Giya G1 loudspeakers, the MX-Rs presented an airy and effortless performance that was both wickedly transparent and thoroughly engaging. Pricing will be around $30,000 per pair for the MX-R Twenty, with availability expected around April 2014. 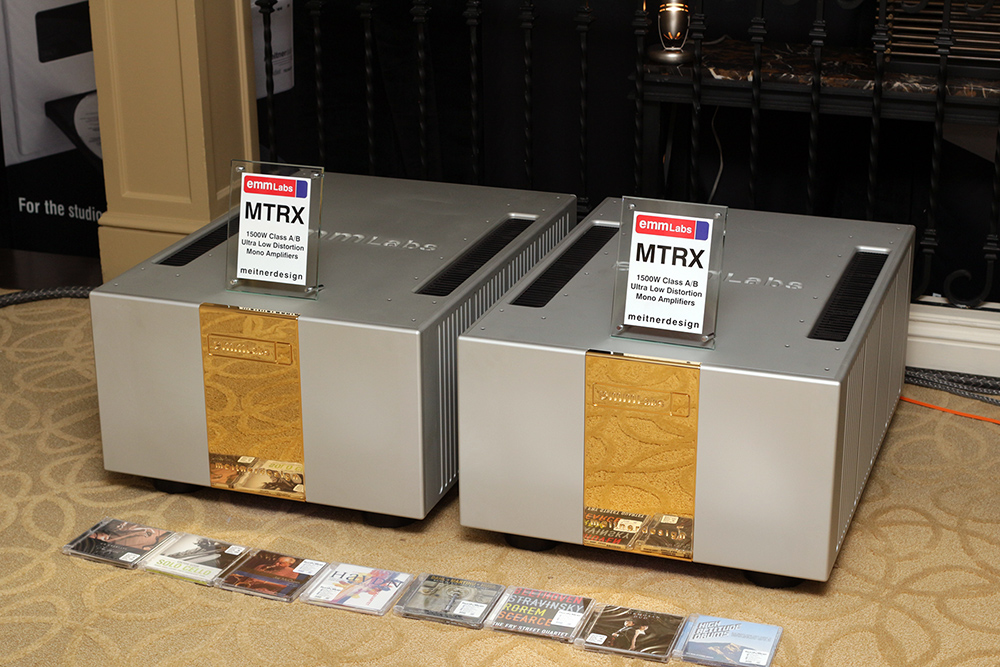 Also on display were EMM Labs' MTRX amplifiers. To say they are big would be an understatement. They're positively enormous. Founder and famed designer Ed Meitner has been associated with myriad companies over his 45-year career, and this is his most powerful amplifier ever. The MTRX produces a prodigious 750Wpc into 8 ohms and 1500Wpc into a 4-ohm load, and is stable all the way down to 1 ohm. They're priced at $130,000 per pair -- and sold only in pairs. Ed explained that he'd always had his own reference amplifiers in his lab, but they were never quite ready for production.

Remaining understandingly coy on what makes his amp so special, Meitner simply explained that his amp does not have a traditional class-AB topology. He employs a new method of signal transmission from input to output, and he obsessed about every detail in the design. The MTRX is "unconditionally stable," with "low distortion," Ed says. These kind of ambiguous responses would normally lead me to question the integrity of a product's design, but in the case of Ed Meitner, he's understandably cautious about revealing what he feels to be the finest amp of his career. The monstrous brutes do not possess the most ornate casework, but from what I heard of them, they promise massive, massive performance. 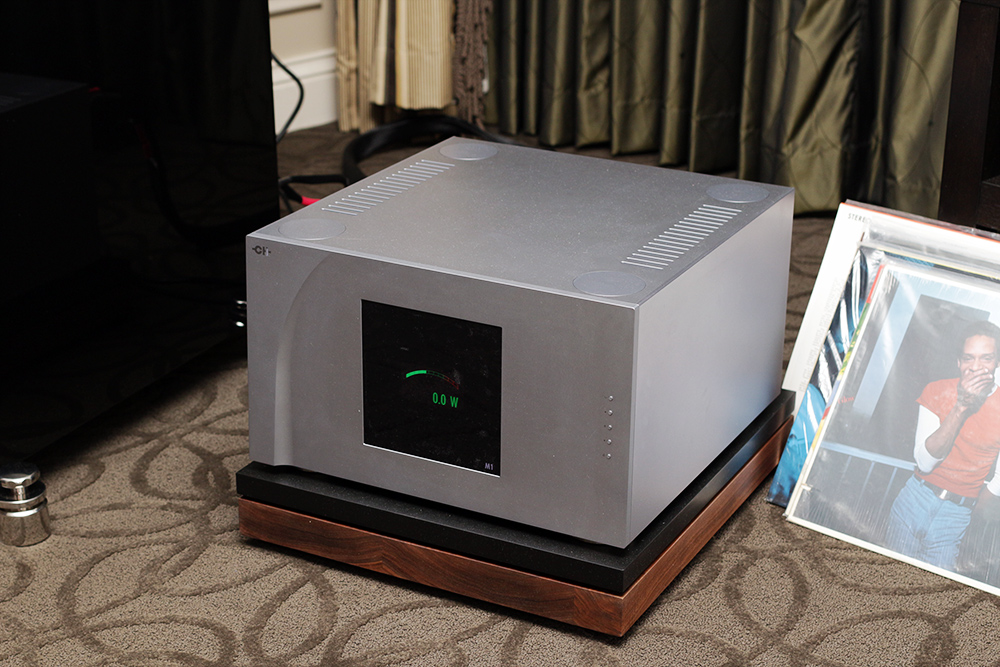 Finally, CH Precision, which is based in Switzerland, announced its M1 monoblock here at CES. The attractive all-aluminum amp develops 200W into 8 ohms in biamp mode, and 700Wpc when bridged. Sold only in pairs, the flexible designs offer adjustable feedback levels in 10 percent steps, as well as adjustable gain of 24dB, in steps of .5dB. The power supply is 2kVA, with capacitors of 100,000 microfarads per rail, and seven pairs of output devices. Be forewarned: the M1 requires a 20A line. The amp is serious business, for sure, but attractive. A crisp, colorful, and configurable OLED display features prominently on the front of the amplifier, and the casework is superb. Sonically, the pair produced lavish tonal color with the vinyl-based Beatles cover being demoed. It was intimate, rich, and palpable, without approaching tube-like levels of warmth. Solid state possibly at its most alluring. Pricing has yet to be established.