Integrated amplifiers are very much en vogue, but many companies have strayed beyond the traditional formula of class-AB amplifier and preamplifier in one chassis. These days, it is not enough for the space- and budget-minded consumer who yearns for something a little more flexible, or at least a little different. Each of the amps below offers a different take on the modern stereo system. 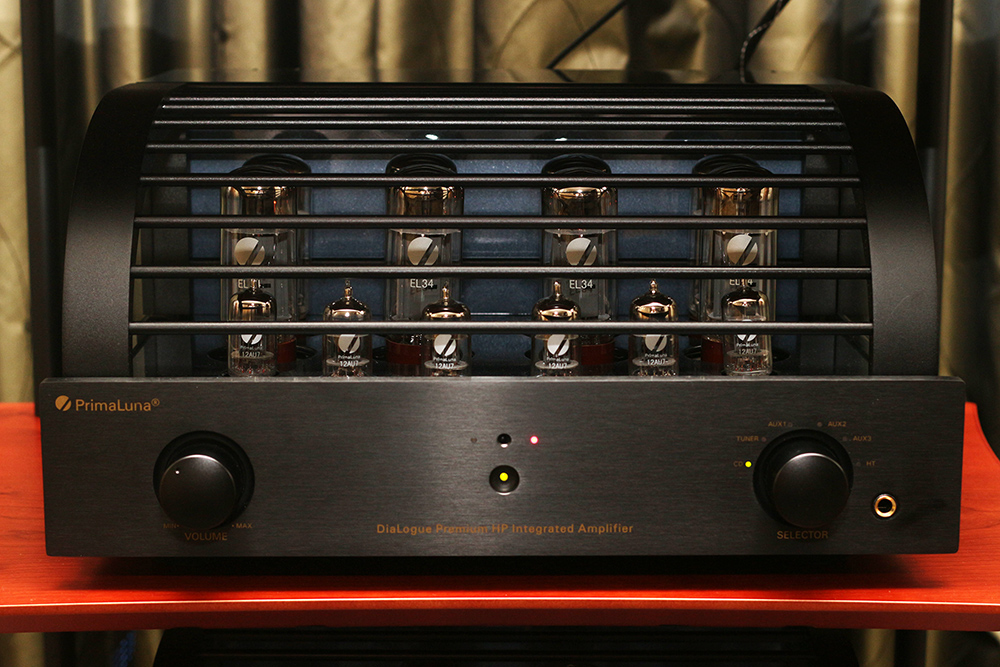 PrimaLuna debuted its $3999 DiaLogue Premium HP integrated amplifier here in Las Vegas, and the old-school design looks pretty cool. According to the company's sales manager, Jared Rigney, its 72Wpc in ultra-linear mode, or 42Wpc in triode mode from its all-tube design, should be powerful enough to partner with just about any loudspeaker on the market. In its stock configuration it comes equipped with eight EL34 and six KT77 vacuum tubes, but KT120 tubes can be installed from the factory for an additional $160, and KT88s for $240. A dedicated headphone input can be found on the front panel, with five RCA inputs, a subwoofer output, and a home-theater bypass output on the rear. Shipping in late March, the Premium HP sounded lovely with Sarah McLachlan's album Surfacing. 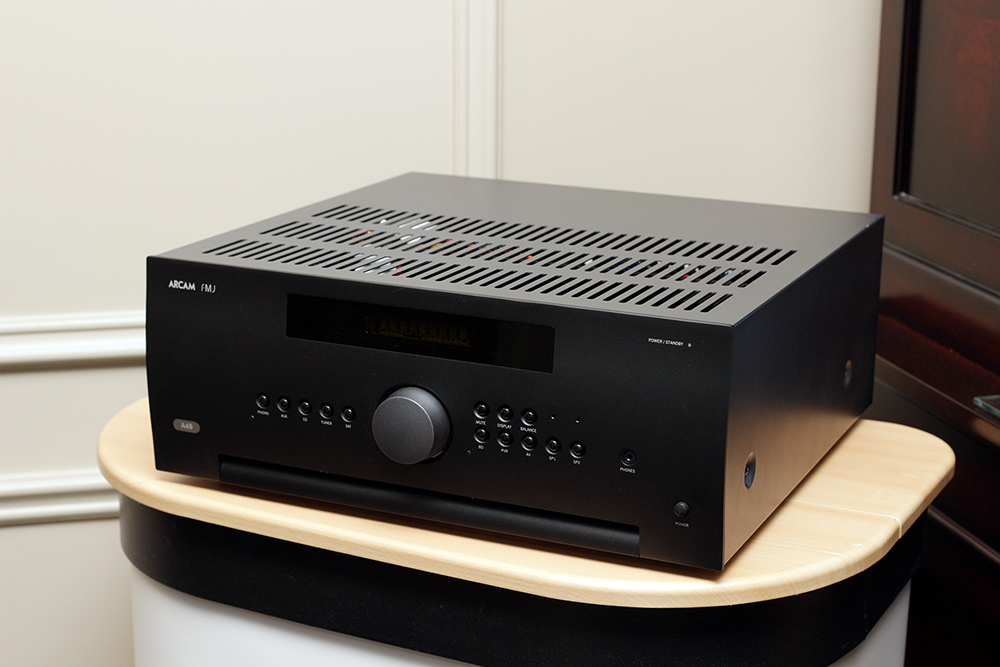 Arcam brought its brand new $5000 A49 integrated amplifier out to play, and it's quite impressive. While its chassis is understated in Arcam's inimitable way, it features a class-G circuit design that combines the purity of class A with the efficiency of class D. In fact, the A49 operates in pure class A up to 50Wpc, with 200Wpc total into an 8-ohm load, doubling into 4 ohms. The dual-mono architecture has a balanced signal path throughout, a number of analog inputs, and a discrete headphone amplifier. Brief listening was revealing: Arcam's flagship stereo product is absurdly clean, made all the more impressive with its modest accompanying Canton loudspeakers. For those skeptical of class-G and class-H amps, listen to this thing when it ships in the second quarter of 2014. 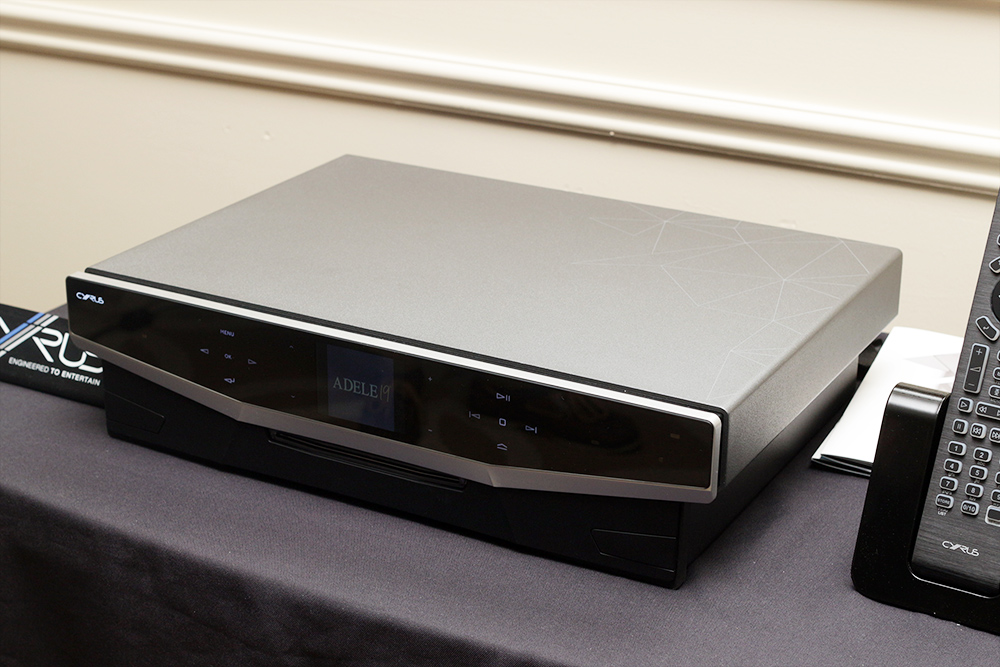 Longtime English electronics maker Cyrus unveiled its Lyric 09 dual-mono integrated amp, and needless to say, it can handle just about anything one might choose to throw at it. Retailing for $6200, it develops 170Wpc into 8 ohms using a proprietary class-D chip and a linear analog power supply. Also proprietary are the firm's 32-bit digital-to-analog converter chip and a CD player with custom code that permits 15 percent greater data retrieval off of a disc than standard Phillips software. Also on offer are RCA inputs and outputs, DAB, DAB+, FM radio, aptX Bluetooth, TuneIn Internet radio, dual USB inputs (allowing for both flash drives and sharing a mobile device such as an Apple iPad), and four digital inputs, of the USB, coaxial, and optical (2) variety. You can control all of this functionality with a Cyrus-designed smartphone application. A discrete, class-A headphone amplifier can be found on the glass front panel, which features capacitive buttons -- very cool. The entire thing is manufactured in the U.K. and retails for $6200. Just. Wow. Cyrus set out to make an integrated that could do everything, and it certainly looks like they've succeeded. Oh, it also sounded pretty good . . . 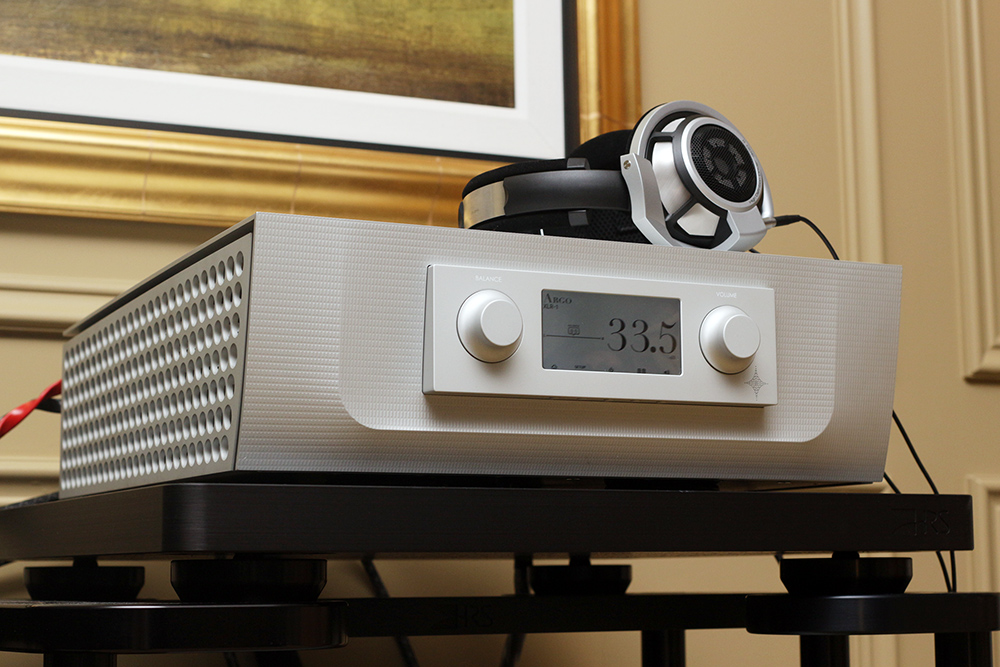 Constellation Audio, known for its high-end gourmet electronics, has released its most affordable product yet in the form of the Argo integrated amplifier. Anchoring the California firm's Performance Series, the $22,500 amp produces 125Wpc into 8 ohms or 200Wpc into a 4-ohm load. Two RCA and two XLR inputs are present, but add-on phono and DAC cards are also available for a to-be-determined sum. Preamp out- and inputs are also present, allowing for the possibility of adding other Performance Series components into the mix. The hand-assembled, American-made chassis is substantial, and it shares its circuit topology with its more costly siblings, with four MOSFET output devices per channel and an 1100VA power supply. The primary omission in the Argo was Constellation's Light Dependent Resistor (LDR) volume control. But given its immense performance when partnered with Magico’s S5 loudspeakers, I hardly think it's missed.