From Wadia and NAD to Primare and Esoteric: Digital for Everyone

I previously wrote about three DACs that stood out as commendable products priced below the $2000 mark. Despite being affordable, however, those products barely scratch the surface of what is available when you're considering "high end" DACs today. In my subsequent travels, I found a few more DACs that, while costing more, promise high performance without breaking the bank. 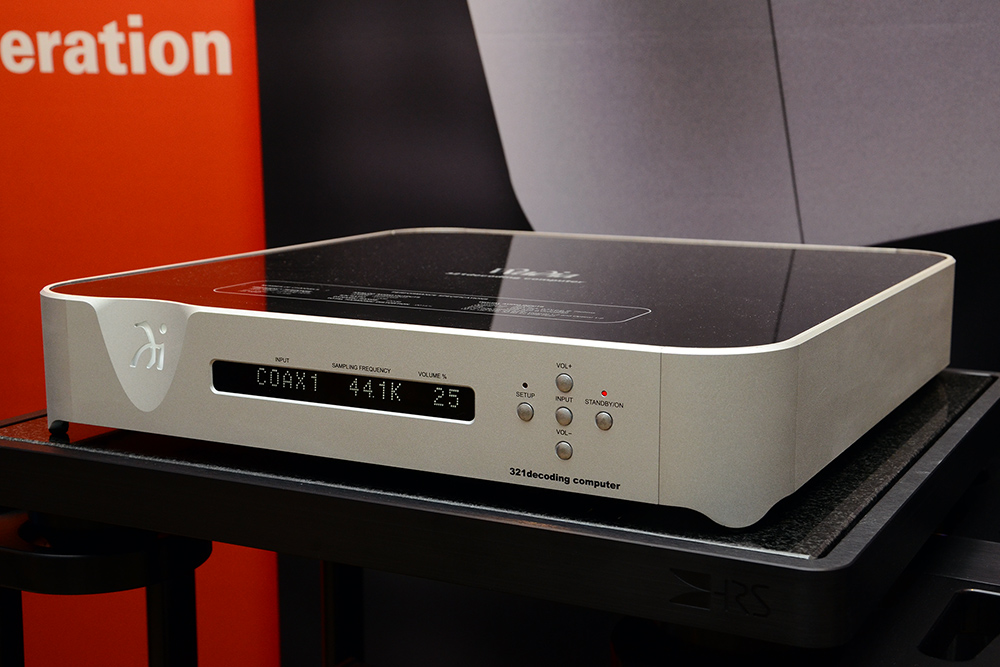 The first is an all-new product from Wadia called the 321 Decoding Computer. I found this to be one of the finest-looking DACs at the show this year, regardless of price. What's most surprising is that it costs only $3000. The chassis features extruded-aluminum casework and a solid-black glass top. Company reps were rather tight-lipped on what is inside the chassis, but I can tell you that the 321 Decoding Computer has an advertised S/N ratio of 110dB, a dynamic range of 100dB, and total harmonic distortion of less than 0.0015%. Around back there are two digital coax inputs, two optical inputs, one USB Type-B input, and one pair each of XLR and RCA analog outputs. The front LCD display clearly conveys the input selection on the far left, sample rate in the center, and volume level off to the right. Wadia's new 321 Decoding Computer is the first of a new line of 321-series products and will be available in February 2014. 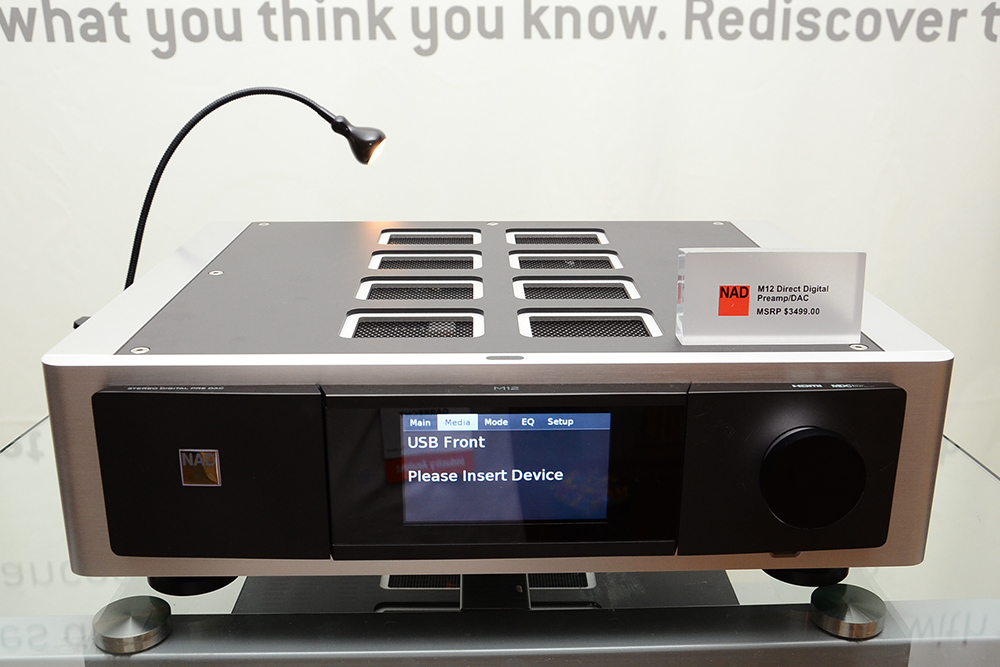 Another impressive product is the all-new Masters Series preamp-DAC from NAD called the M12. The NAD features Direct Digital circuitry similar to that of the current M2, but borrows its DAC circuitry from the current M51 DAC-preamp. The M12 is a fully balanced design, and has NAD's Modular Design Construction (MDC), with five slots to accommodate input circuitry such as phono or HDMI on easily removable plug-in cards. 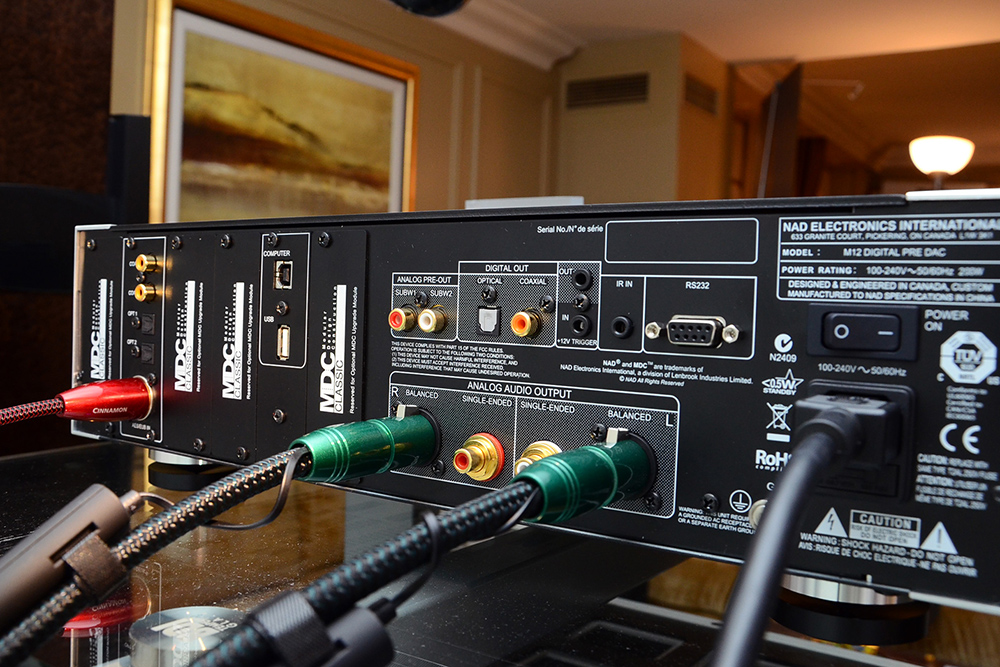 Base inputs for the M12 include two digital coax, two optical, one AES/EBU, one USB Type-A, and one USB Type-B. These inputs are complemented by singular optical and digital coax outputs as well as a pair of analog XLR and RCA outputs. There is also a pair of subwoofer outputs, which I found to be an excellent feature for those who have more than one sub. Around front, the M12 has a touchscreen display, which I tried and found responsive and easy to use. The new fascia aesthetics clearly communicate a Masters Series lineage without looking dated. NAD's new M12 will be available mid-2014 for $3499 and will include BluOS connectivity, clearing the way for a streamer upgrade as an option for one of the five bays. The M12 will also include a six-year warranty, which is longer than most companies offer. 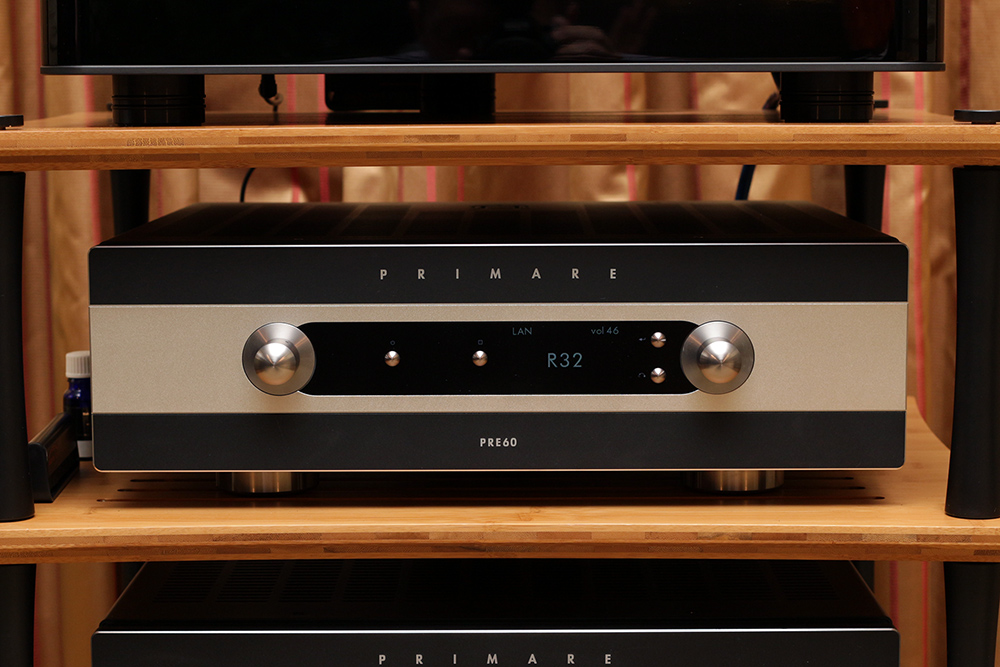 Along the same functional lines as the M12, but definitely different in design, is a new product from Primare called the Pre 60, which is priced at a cool $10,000 and is the most advanced and expensive two-channel preamp-DAC that Primare has ever offered. The Pre 60 is an all-new design aimed at elevating the performance bar for future Primare products. The Pre 60 is privy to a host of the best of what Primare has to offer, including a new custom C-core transformer and power-supply bank capable of retaining over 43,000uF of energy. Digging down deeper, there is actually a discrete regulated power supply for the analog stage, then a separate power supply for the media board, and then another SMPS feeding the ECO mode during standby.

The chassis, of course, is fully aluminum, featuring a 15mm front panel. All of the internal circuitry is laid out on four-layer circuit boards in an effort to minimize signal-path distances, and the design is said to be fully balanced regardless of input signal. Primare has also included a selectable 6dB internal gain switch to handle high-gain inputs, and again, integrated gain stages on the main board are used for minimal-length signal paths. 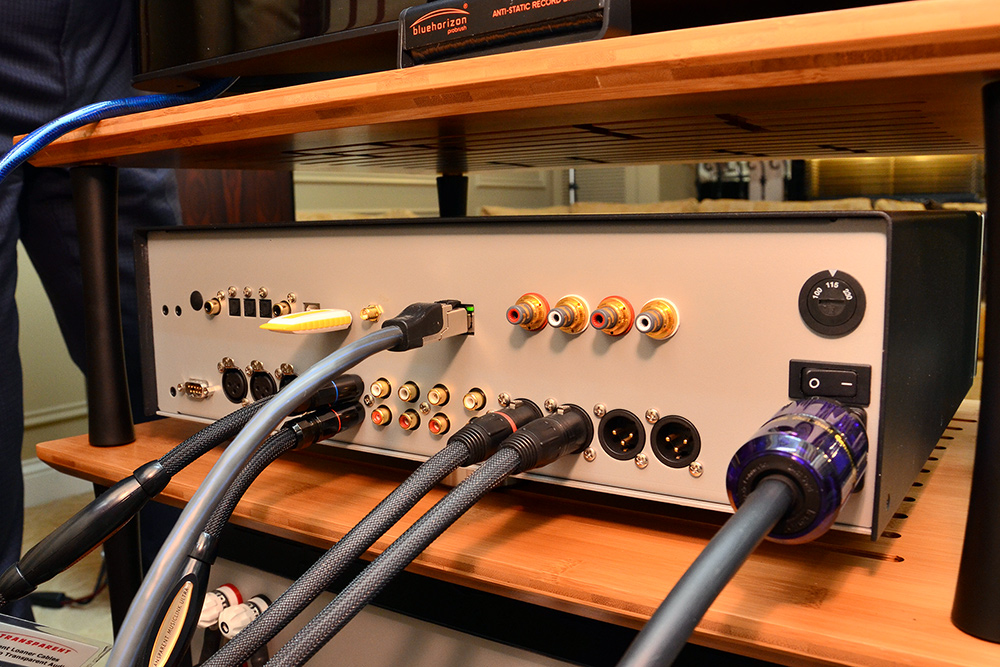 The DAC in the Pre 60 is actually almost identical to the one in the company's flagship, which uses the same Crystal DSD-capable DACs. The Pre, however, has an improved discrete FET output buffer. All connections between the media board and analog preamplifier section are solid gold, as is the plating on the two pairs of XLR and two pairs of RCA outputs on the rear panel. Analog inputs consist of two pairs of XLR and four pairs of RCA (one for HT bypass), while digital inputs include two digital coax, three optical, and two asynchronous USB inputs (one Type-A and the other Type-B). The Pre 60 will be available in March 2014 and will have a two-year warranty. 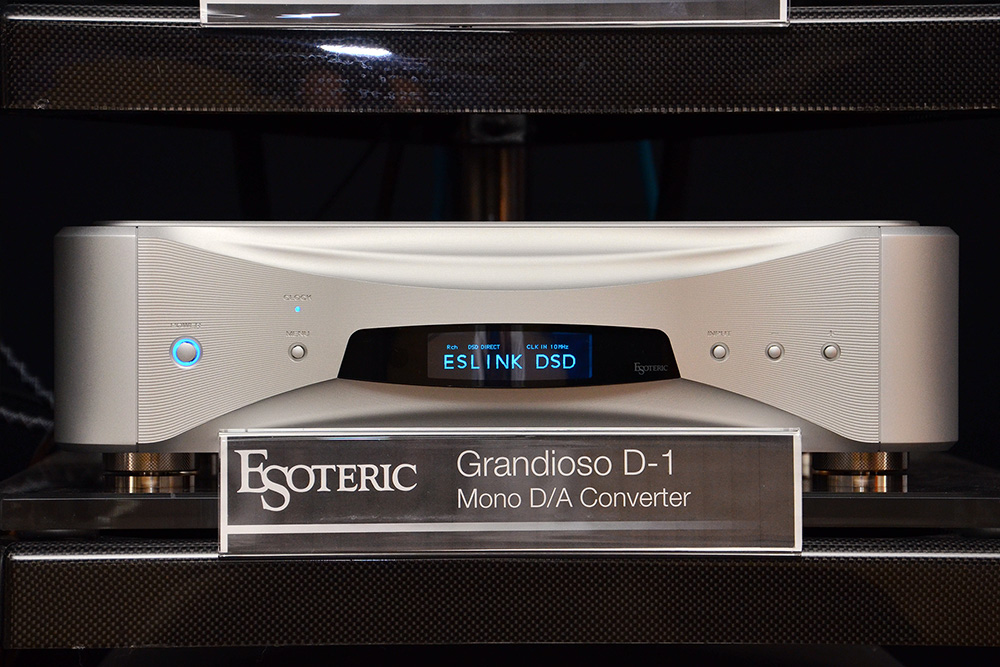 While we're on the topic of flagship products, Esoteric recently released its new top-of-the-line Grandioso series of electronics in Japan. Part of this new series is the D-1 monoblock DAC (two are needed for stereo), which Esoteric says is really a continuation of the previous D-01, and represents the pinnacle of channel separation in an effort to create the ultimate stereo experience. Each D-1 chassis is connected using an innovative transmission format called ES-LINK4, which allows DSD and 48-bit/352.8kHz PCM ultra-wide-band digital transmission using an HDMI cable. 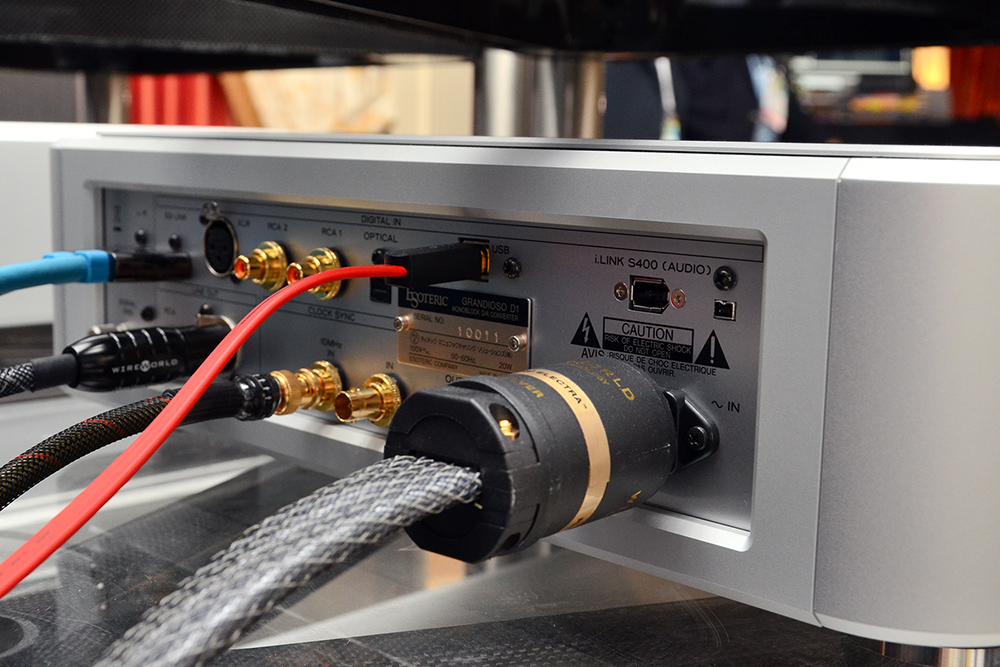 The inside of each chassis utilizes a double-layer, three-compartment structure designed with ultra-short signal paths in mind. At the heart of each D-1 are two large toroidal power-supply units, one for the digital and one for the analog circuits. Sixteen 32-bit AK4495S DAC devices per channel are employed to work with a new 36-bit D/A processing algorithm that converts your PCM-based 1s and 0s into analog signals at 36-bit resolution. Inputs on the back of each D-1 include one ES-LINK, one AES/EBU, one iLINK, two coaxial, one optical and one USB Type-B input eventually feeding one set of XLR and one set of RCA analog outputs.

The exterior of these monsters is simply beautiful, crafted from solid aluminum panels with a 5mm-thick steel bottom plate to support all the internals. When the D-1 is available in March, each chassis will be priced at $22,000, for a total of $44,000 per pair.