With the ever-increasing popularity of playing digital audio files, the demand for finding ways to quickly and easily store and access files has been growing by leaps and bounds. There are now numerous network players on the market offering several different approaches. Some have integrated DACs, preamplifiers, and even onboard amplification, while others choose to keep things simple and focus strictly on storage, retrieval, and playback. At CES 2014 I found several compelling offerings of the latter.

I first stumbled upon an entirely new family of network players from Lumin, including its new flagship player, the S1. The S1 shares the same solid-aluminum chassis as the current A1 ($7000), but offers higher levels of performance by utilizing four ESS Sabre 9018 eight-channel DAC chips -- two per side. This arrangement delivers 16 DACs per channel, all running in parallel, compared to the single Wolfson WM8741 DAC per channel offered in the A1. The S1 is also equipped with a new clocking system, 24-bit/192kHz compatibility, 1-bit DSD running at 5.6MHz that can be output over HDMI, and an upgraded dual-toroidal power supply. The S1 will be available early in the second quarter of 2014 at a price of approximately $10,000, and will include a two-year warranty. 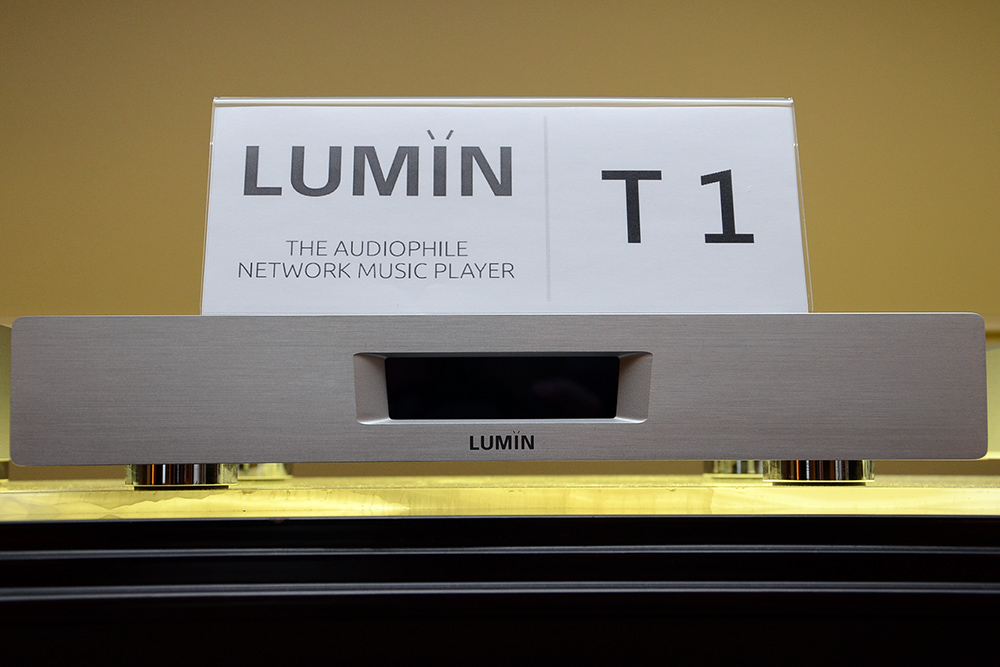 Lumin also introduced two models below the A1 called the T1 (above, est. $4500) and the D1 (below, est. $3500). The T1 is the same network player on the inside as the current A1, sharing the same circuit design and utilizing the same Wolfson WM8741 twin-DAC arrangement, but it's housed in a smaller, more economical chassis. 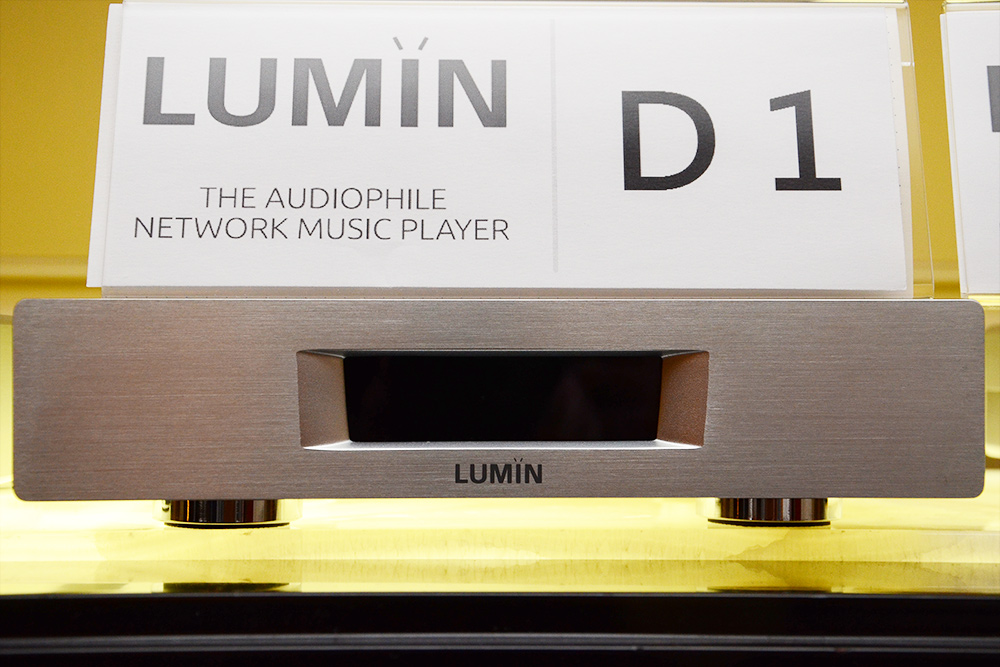 The D1 is now the entry-level Lumin model. It houses its circuitry in a chassis roughly half the size of the T1. Built as a simplified version of the T1, the D1 is based upon a single-circuit-board design. It drops HDMI connectivity and gets its power from a much simpler and smaller external power supply. 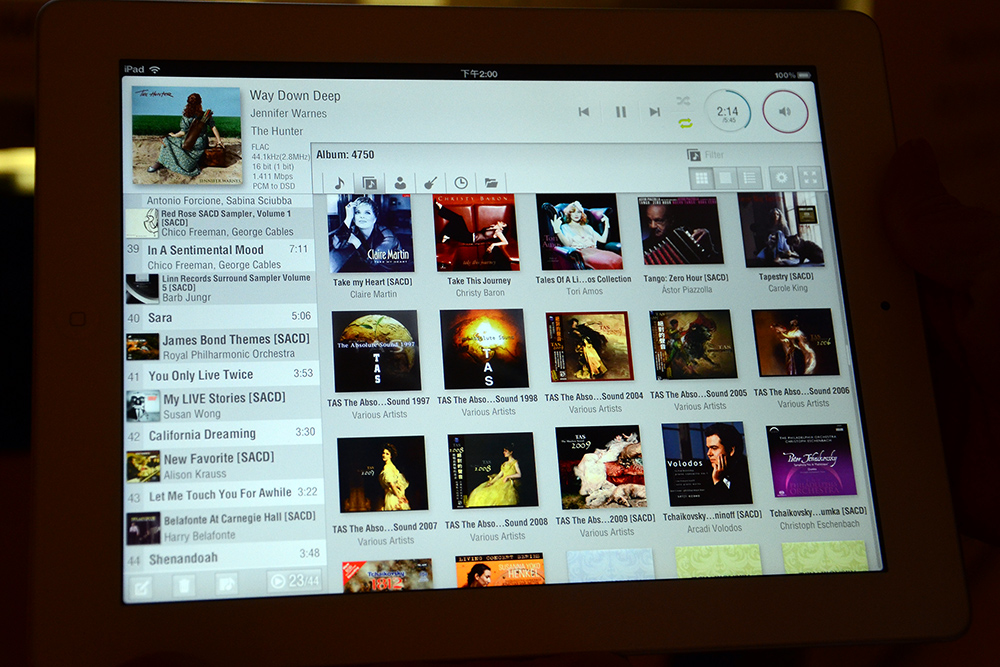 All Lumin network players utilize UPnP protocols, provide gapless playback of PCM files at resolutions up to 32-bit/384kHz, and support DSD as well as Apple Lossless files. All Lumin network players also have the same Ethernet and USB inputs, stereo XLR and RCA analog outputs, and digital BNC S/PDIF outputs. Also common to all players is the control app, which I found to be intuitive and easy to navigate. 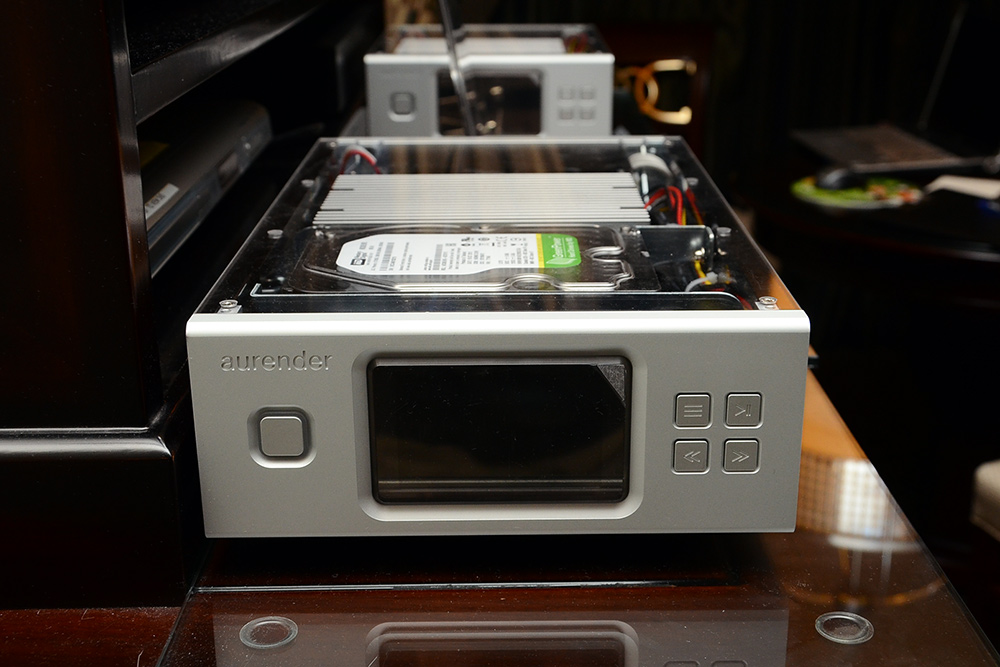 Just one floor down from Lumin, Aurender released two new network music players that are both positioned below their formidable S10 player: the X100L (above) and X100S (below). Priced at $3499 and $2999 respectively, the X100L and X100S are essentially the same machine. The only differences are that the X100L is equipped with two 3TB hard drives as opposed to the single 1TB drive found in the X100S, and the X100S makes use of a slightly shorter chassis, hence the "L" and "S" suffixes. 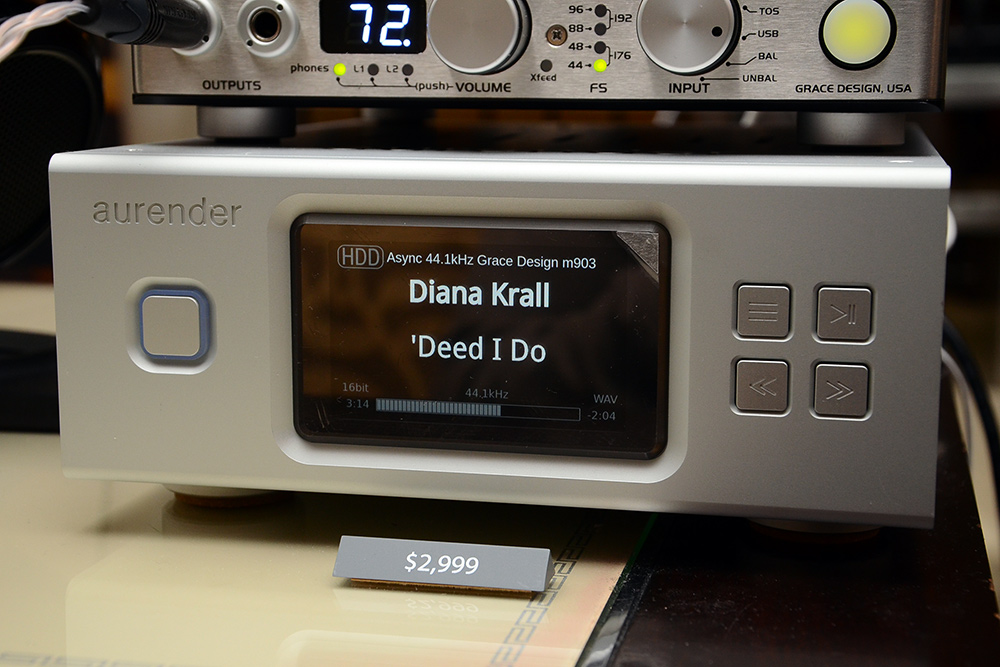 Both versions of the X100 support bit-perfect playback of DSD, WAV, FLAC, ALAC, APE, AIFF, M4A, and other major formats at native bit and sampling rates. Both players also use the same high-performance USB digital audio output and have a proprietary 100W switch-mode power supply and 120GB solid-state drive cache for latency-free playback. Network access for the X100L and X100S are granted using a Gigabit Ethernet port, while additional file storage is available through two dedicated USB data ports. 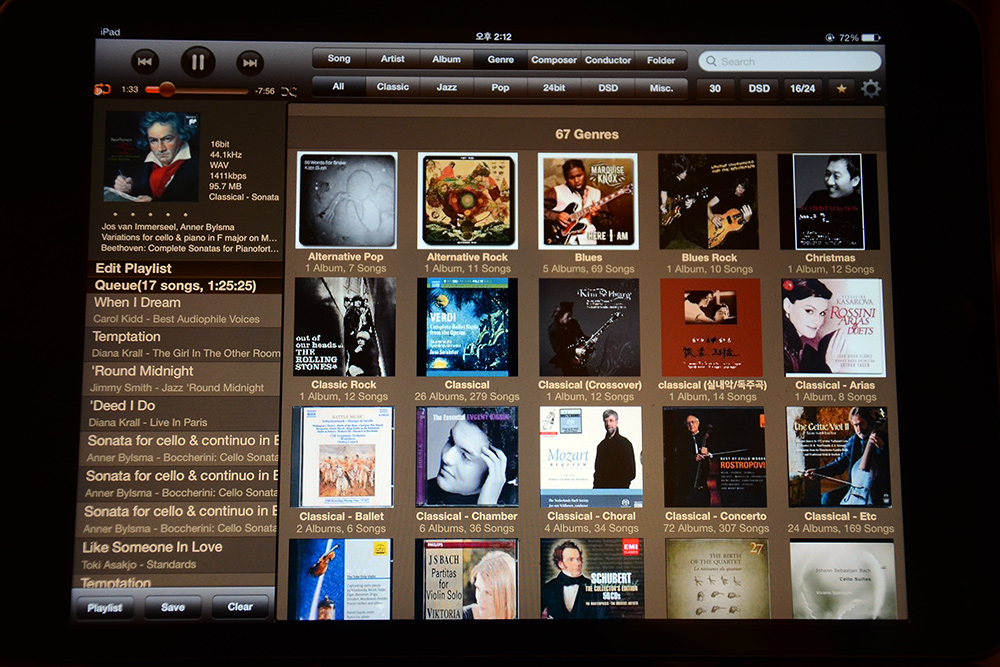 Aurender's Conductor app for iPad and iPad Mini offers a very user-friendly interface, allowing for simple browsing and music playback in addition to setting various options on either X100 model, including display mode, song information, level meter, playlists, device information, power mode, and DAC options. Should you not want to use an iPad, either network player can be controlled by the front-panel buttons, and most information can be viewed on the crystal-clear AMOLED display, which duplicates most of the information that can be seen on the S10. All X100 network players come with a two-year warranty, and will be available in February 2014.