At last year's International CES, the SoundStage! Network's newest and smallest writer, Hans Wetzel, reported on the Triton Seven, GoldenEar's newest and smallest model in its acclaimed Triton series of loudspeakers. This year, GoldenEar made an even bigger splash with the announcement of its flagship Triton One, which is priced at $5000 per pair. 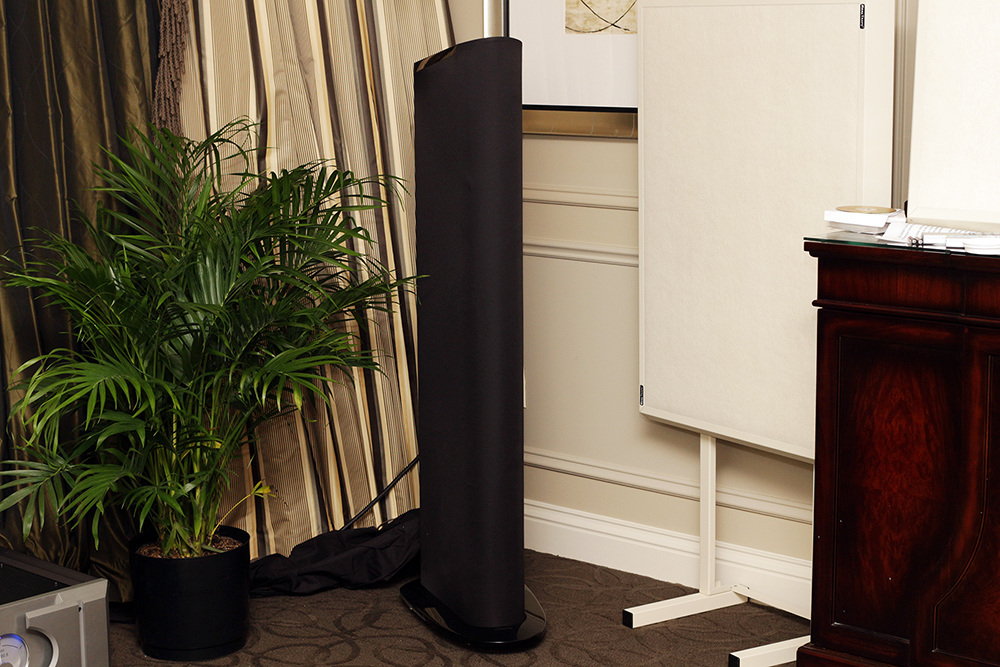 The 54" One is taller and sleeker looking than its other Triton brethren, and looked impressive situated practically in the corners of the demo room. It features the same High-Velocity Folded Ribbon (HVFR) tweeter as the other GoldenEar speakers, but it uses a new, larger 5.25" bass-midrange driver similar to that in the Seven, but with the Multi-Vaned Phase Plugs found in the smaller bass-midrange drivers of the Two and Three. There is also a more complex dual chamber for the tweeter and bass-midrange drivers with an angled back, thicker cabinet walls, improved bracing, and additional damping. The One also has a more powerful 1600W amplifier with digital signal processing and three active 5" x 9" long-throw quadratic sub-bass drivers coupled to four 7" x 10" planar passive radiators.

As expected from the newest, largest Triton model, the bass performance was simply outstanding. Aaron Copland's Fanfare for the Common Man filled the room with explosive timpani and powerful horns that were spread evenly across the massive front soundstage, which extended nearly the entire width of the room as well as behind the speakers. The sound was truly grand and majestic. An upright bass imaged perfectly between the speakers and was reproduced with stunning realism as if it were right in the room. Fellow SoundStage! Network reviewer Aron Garrecht commented that there was an excellent sense of scale, with the images of the bass and cymbals sounding exactly the right size and in proportion with each other. Female vocals also sounded spectacular with spine-tingling palpability. I sat mesmerized. 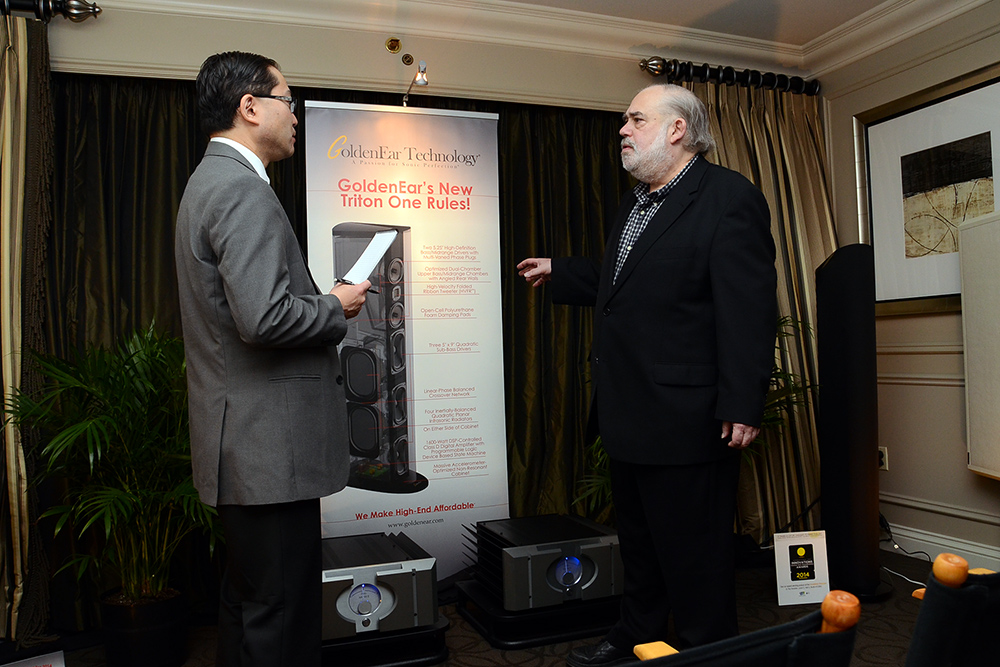 The demo, given by industry veteran and GoldenEar president Sandy Gross, used an MSB Technology digital front end and Pass Labs monoblock amplifiers to drive the Tritons. When I spoke with him after the demo, he told me how pleased he was with the outcome of the Triton One project. Judging from what I heard at the show, I couldn't agree more.