Every audiophile knows that the search for truly accurate, satisfying bass response can be a challenge. Room acoustics and how your particular loudspeakers mate with them is often the leading cause of poor sound in real rooms. And we all know that some power amplifiers just have trouble properly mating with some loudspeakers, especially in the bass. Switzerland's CH Precision aims to change all that, at least as it applies to cost-no-object systems that include truly full-range loudspeakers. 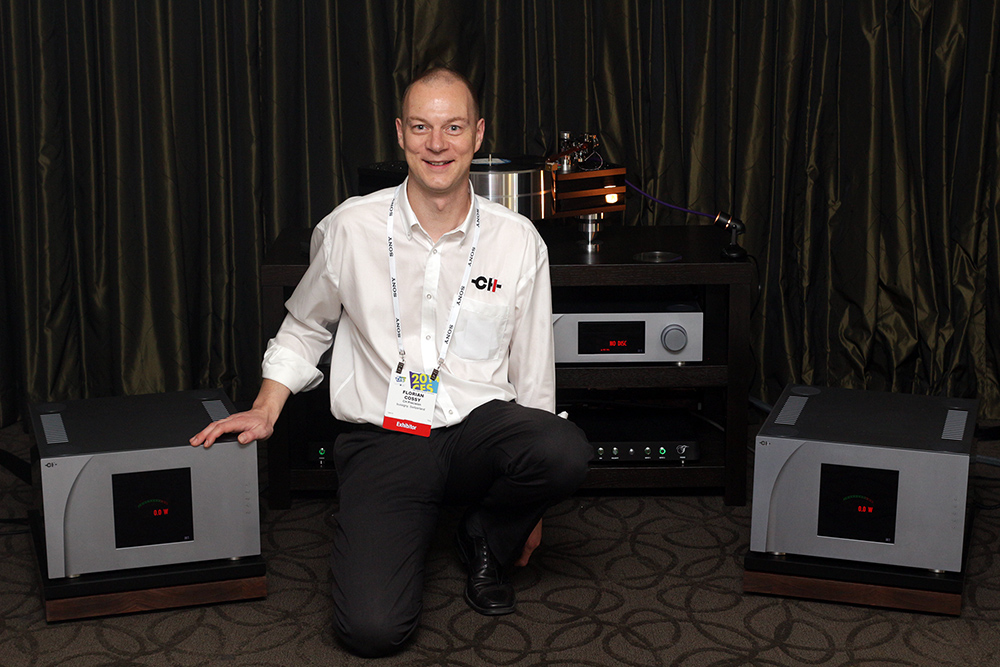 Florian Cossy (shown above) of CH Precision used his company's new flagship monoblock amplifiers, the M1s, to drive a large pair of Zellaton speakers. The M1s are large but not ridiculously so -- exactly double the height of the smaller A1, but much more powerful.

I spoke to Florian and he gave me the details: 200W into 8 ohms in biamp mode (a single input feeding dual outputs) or 700W in bridged mode. Here's where the bass-control flexibility comes in: the amplifier has user-adjustable feedback levels that can be implemented in 10 percent steps (and adjustable gain in 0.5dB steps). Changing the feedback level will change the control of, primarily, the woofers, helping the owner to precisely tailor the bass control to his or her tastes. 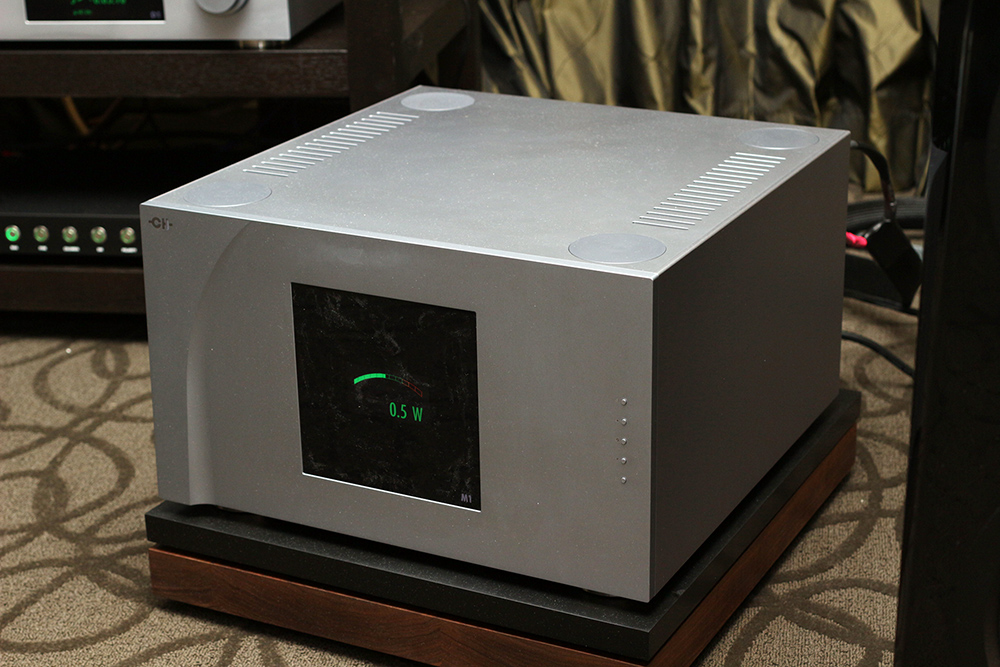 The M1 has some serious hardware inside, too, with a power supply made up of a 2000VA transformer and 100,000 microfarads of capacitance per rail (200k in each chassis). Seven pairs of output devices per channel round out the technical details. The front panel houses an OLED display just as seen in the A1, and the color of that display can be changed on the fly to anything you can dream up in order to match your décor.

When I inquired about why CH decided to launch the M1, Florian said that they were asked to build a larger amplifier in order to fit into the most ambitious systems. Gideon Schwartz, CH's North American distributor, stated that when he listens to the M1s he hears "more refinement and stability, along with a sense of endless power -- a complete lack of tension." I heard exactly that too, and it was mighty, mighty impressive. The price is TBA.