One of the great things about covering headphones is the creativity that many companies bring to the design process. Every CES reveals dozens of new ideas, features, and form factors. Some are terrific ideas. Some are just terrifically amusing.

Here are six of the weirdest, wackiest, wildest new headphones from the 2016 International CES. Truth be told, I can’t say I would want to own all these, but there are a couple I’m curious about and I think they’re all worth celebrating for their sheer audacity. All prices in USD. 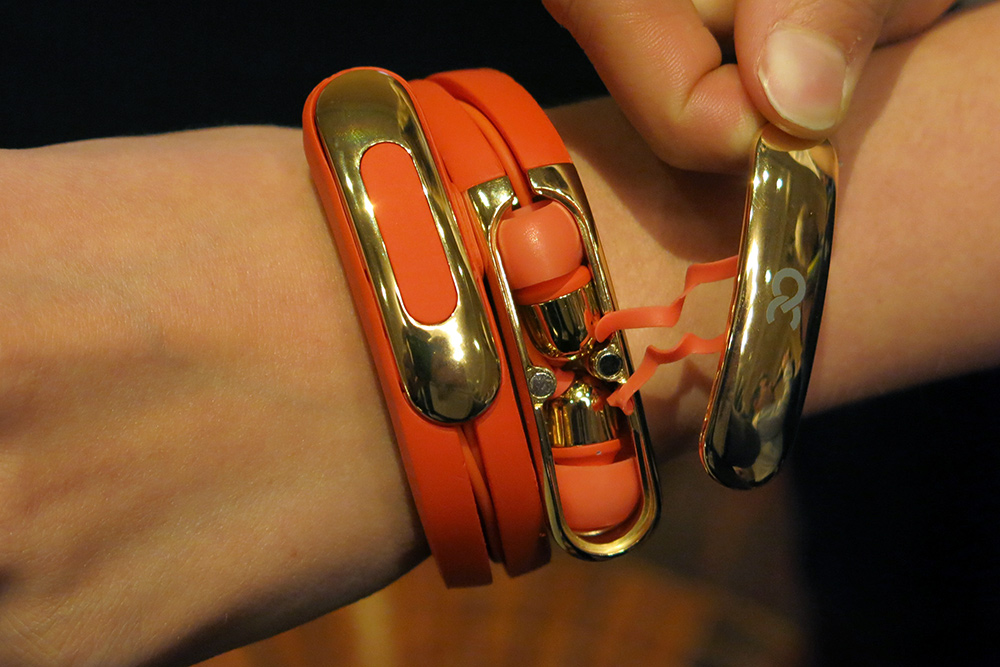 Headphone designers are always trying to find ways to make women more enthusiastic about their products. The $199 Helix Cuff from fashion company Ashley Chloe conceals a set of Bluetooth earphones inside a bracelet. Replace the magnetically attached metal cap and no one will ever suspect you’re carting around a piece of audio gear. 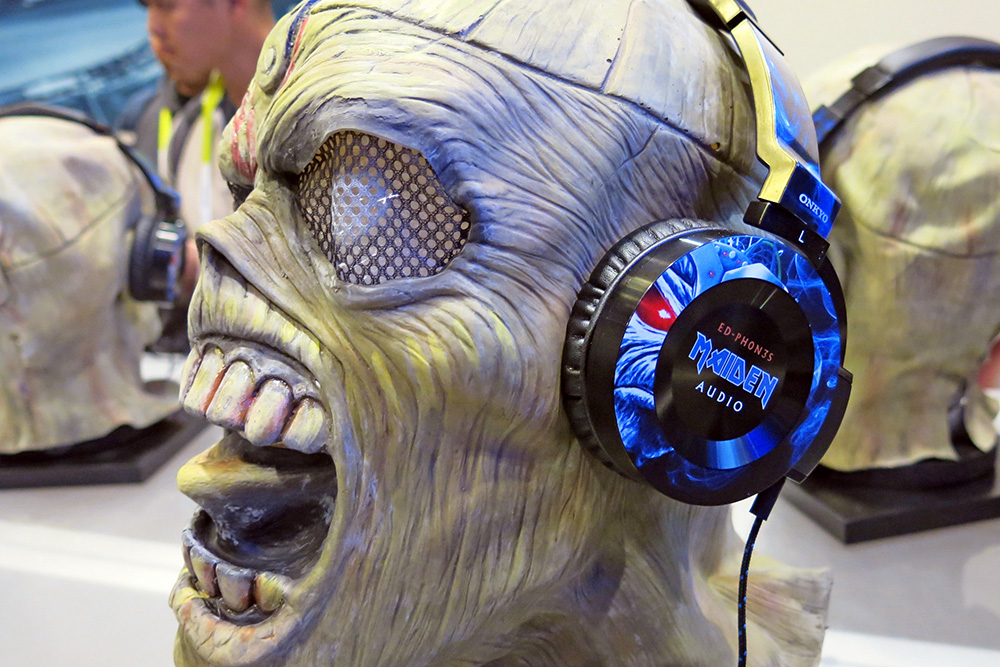 It’s no big secret that celebrities who endorse headphones don’t necessarily have much to do with the development of the headphones. But according to Onkyo, makers of the $299 Maiden Audio Ed-Ph0n3s, Iron Maiden bassist Steve Harris was intimately involved in the voicing of the first headphones to wear his band’s name. Harris had tried a stock set of Onkyos and felt they were pretty good but that they lacked the midrange necessary for clear reproduction of heavy rock music. Through a 232-day development process involving 60 driver trials, Onkyo was finally able to deliver headphones that suited Harris’s demands. I could definitely hear some midrange boost when I listened to heavy rock (including Iron Maiden’s “The Number of the Beast”), but it sounded subtle and I was impressed with the ability of the Ed-Ph0n3s to sound clear in the mids without blaring. 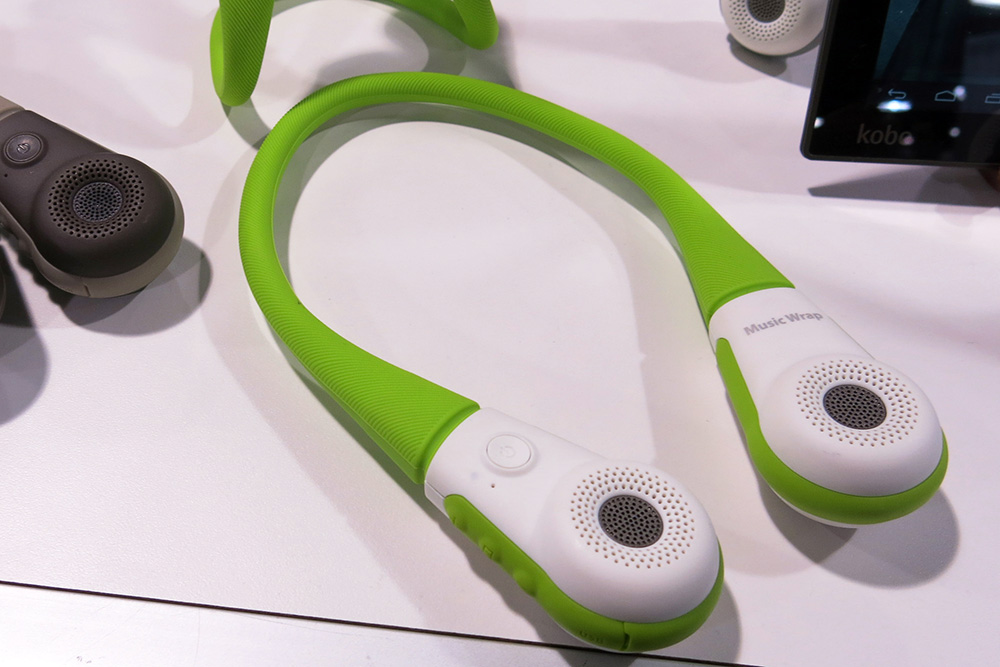 The Music Wrap isn’t a set of headphones per se; it’s actually a pair of Bluetooth speakers reconfigured as a set of quasi-headphones. Hang it around your neck and you can hear your music without blocking your ears in any way. The right speaker incorporates volume and start/stop buttons, and a built-in microphone allows the wearer to take phone calls. The Music Wrap is also IPX5-rated for splash resistance. 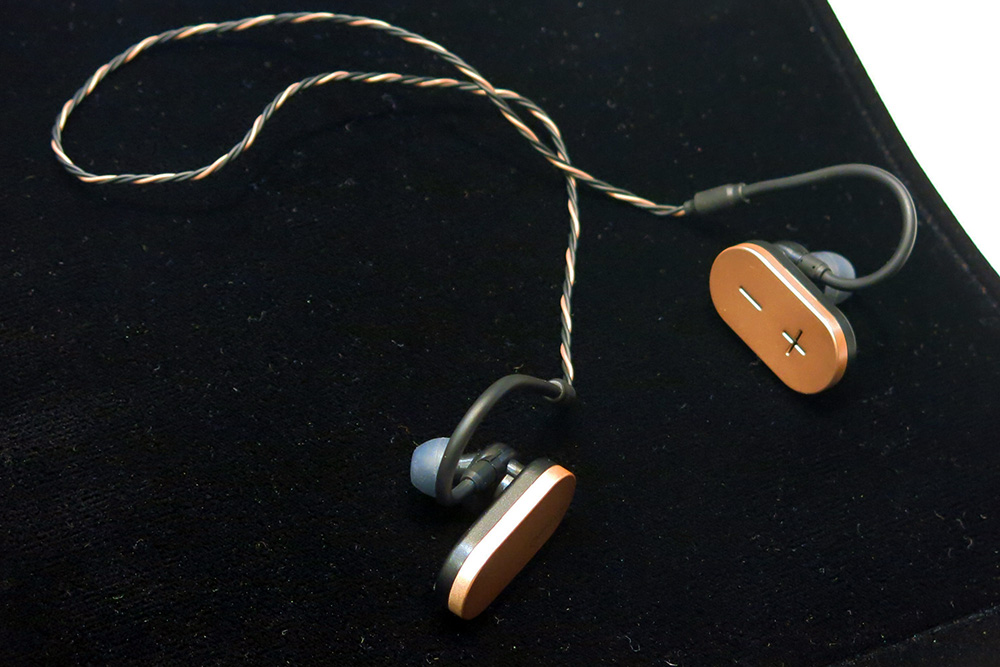 One of the best things about Bluetooth headphones is that almost all of them let you take phone calls. But if you’re in motion at all, the wind noise usually garbles your voice beyond recognition. The Orfeo Sign earphones have a tiny microphone in each earpiece that picks up the sound inside your ear canals -- so instead of receiving your voice directly, it picks up the sound from your voice that leaks in through your ear canals. I can’t say the voice of the guy from Orfeo sounded natural when I did a test call with him, but it did sound clear. The Signs are projected to cost about $120. 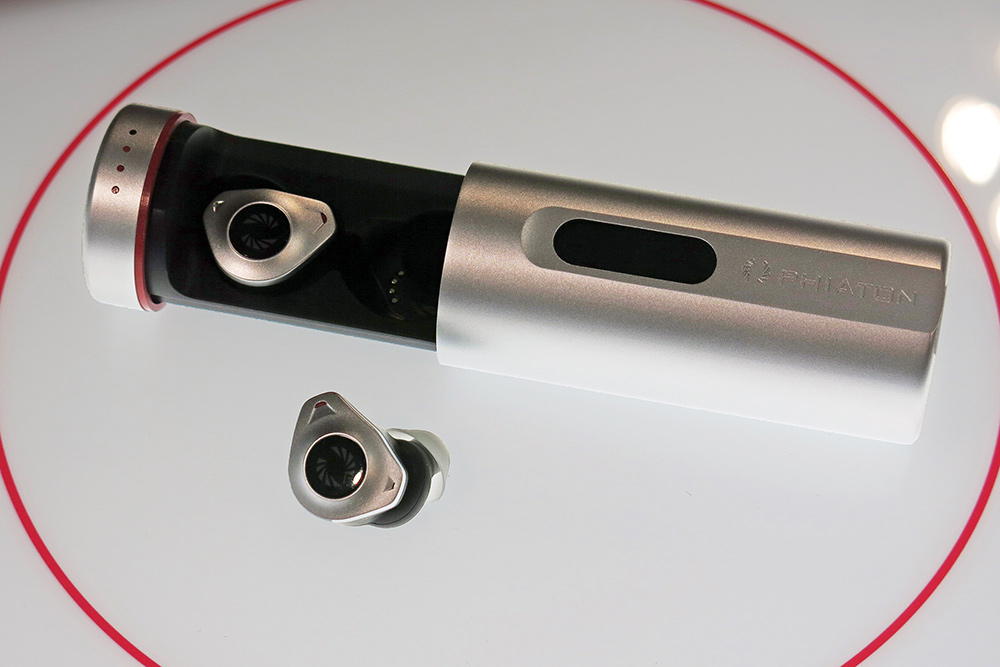 The Phiaton BT 700s represent a new product category of completely wireless Bluetooth earphones. (Monster also announced a somewhat similar model.) Not only is there no wire from the earphones to your phone or tablet; there’s no wire between the two earpieces. The BT 700s also charge wirelessly when the earpieces sit in their case, which contains a rechargeable battery. No price has been set yet, and the BT 700s probably won’t be out until Q4 2016. 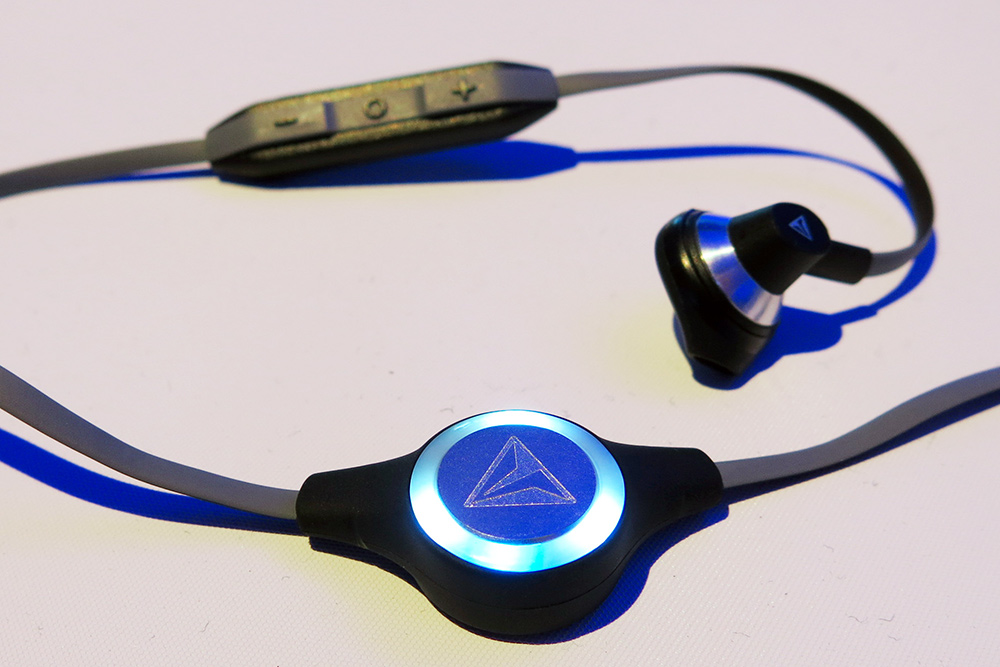 Gibson Brands got lots of attention at the 2015 CES when it launched the Trainer on-ear sports headphones, which have bright white LEDs in back to make joggers and walkers more visible at night. The $199.99 Trainer in-ears extend the concept to Bluetooth earphones. The enclosure for the electronics hangs at the back of your neck; it’s kind of like a taillight for joggers. The SafeSound feature allows sound from outside to enter your ears, so joggers can more easily hear approaching traffic.