If you haven’t heard of ALMA (Association of Loudspeaker Manufacturing and Acoustics International), I would not be surprised. I first heard of it a few years ago from some speaker designers who encouraged a few of us at the SoundStage! Network to attend. The annual ALMA Symposium and Expo takes place in Las Vegas, just prior to CES, and is an important meeting place for speaker manufacturers and designers. In fact, according to Barry Vogel, the association’s manager, ALMA is one of the best-kept secrets in the audio business. 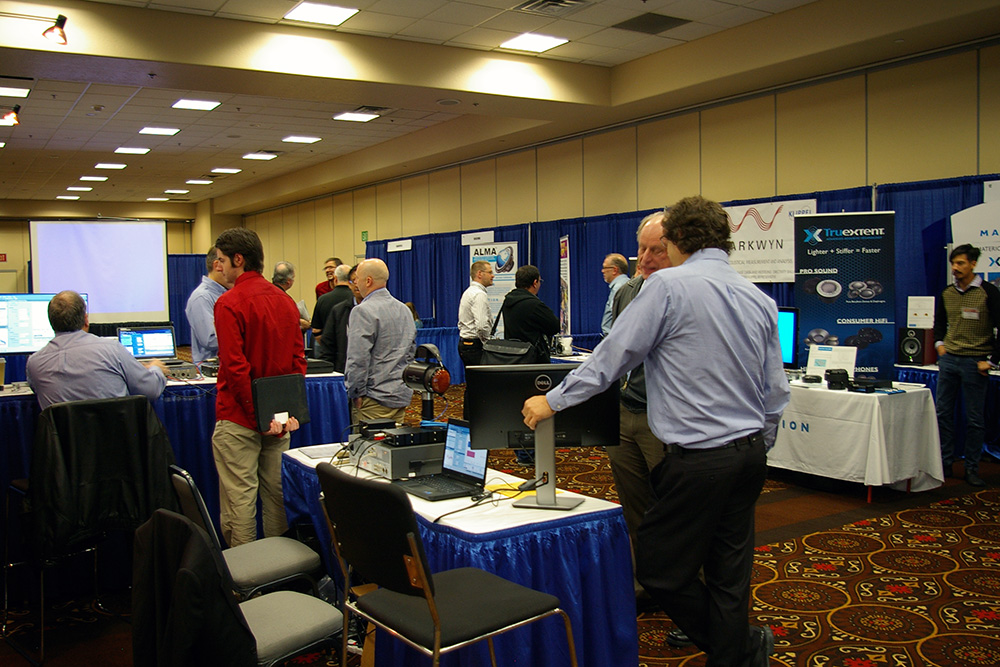 This year, Doug Schneider and I traveled to Vegas a few days before CES and decided to stop by the ALMA Symposium and Expo to see it for ourselves. There we found the expected information sessions on loudspeaker manufacturing and engineering, and displays from companies that are OEM manufacturers and those that provide test equipment, but there were also sessions dedicated to the high-end side of the business. In fact, the theme of this year’s symposium was “High Res Audio: A Bridge to Build or a Bridge Too Far.” 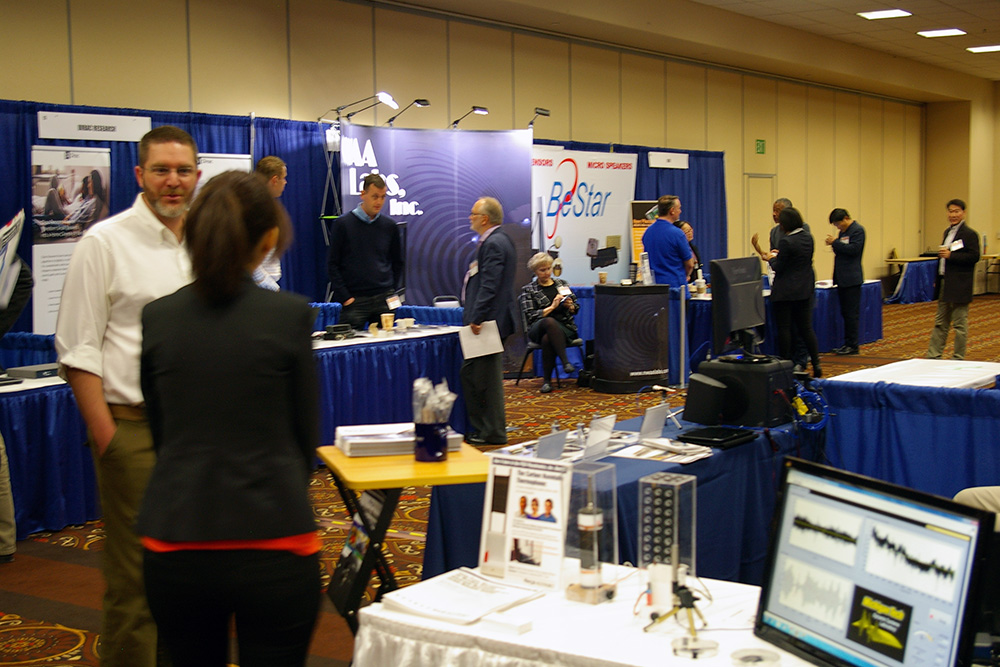 ALMA is promoted as a place not only to learn and do business but also to network with other industry professionals. While we were there, Doug and I met up with some old friends and met a few new people as well. Yair Tammam, CTO of super-high-end loudspeaker manufacturer Magico, was there, and he told us about some of the changes in the design to the company’s new S1 Mk II loudspeaker, which we will be seeing at CES. Although we didn’t get to sit in on his talk about the development of the Revel Concerta2 line, we did get a chance to talk to Mark Glazer, Revel’s chief engineer, about the Concerta2 and Performa3 lines. We gave the Performa3 home-theater speaker system (which I reviewed) a Products of the Year award last year, and Doug still considers the Performa3 F206 to be one of the finest speakers available in its price class. It’s not often that we get a chance to talk directly to the designers of the speakers that we review. We also spoke with Tim Gladwin, who now works at Harman International and holds the title of senior manager, engineering, acoustics (Harman International is the parent company of brands such as Revel, JBL, Mark Levinson, and others). Previously, Tim had worked on the design of just about every Definitive Technology loudspeaker for the past 20 or so years. Many others were there as well: Paul Barton of PSB, Stu Lumsden from Polk, and Sean Olive of Harman, just to name a few.

In keeping with the theme of high-resolution audio, Meridian Audio’s Bob Stuart, who developed the Meridian Lossless Packing (MLP) codec that is used in DVD-Audio and Dolby TrueHD, gave a presentation on the company’s latest digital audio format, Master Quality Authenticated (MQA). According to Stuart, the goal of a high-resolution recording is “capturing the moment,” which was also the title of his presentation. By this he means the ability of a digital audio format to accurately capture the analog signal received by a microphone and transmit it to an analog transducer, the speaker. He went on to cite psychoacoustic research that maintains that human hearing is more sensitive to timing differences than differences in frequency response, and MQA is purported to be 15 times better at resolving sounds in the temporal domain than 24-bit/192kHz PCM. Not only that, but because of the way MQA encapsulates the audio signal, it is 100 times more efficient than DXD (24-bit/352.8 kHz).

The upshot of all this is that MQA seems to provide a very high-resolution digital format that is compact enough to be streamed and stored easily. Judging from reports, it’s not just Bob Stuart who believes this, since companies such as Meridian, Onkyo, Pioneer, Auralic, Aurender, Bluesound, Berkeley Audio Design, dCS, and others have signed on to develop products that support MQA. Time will tell, but I’ll be on the lookout for MQA-enabled products at this year’s CES, and hopefully content providers will follow suit. So far, Tidal has signed on to stream it to customers, as has the audiophile recording label 2L, so I am hopeful that this will catch on and become more than just a niche product for audiophiles, as has been the case with every previous high-resolution audio format.