Noise cancelling is one of the toughest technologies for headphone manufacturers to master, partly because it’s hard to make a headphone sound good whether noise cancelling is on or off, and partly because much of the best technology is heavily patent-protected. Still, as I walked the aisles of the 2016 International CES (which opened on Wednesday), I found several new noise-cancelling headphones worthy of a serious evaluation and a long listen -- or at least a bemused glance. Here are the noise-cancelling headphones I’ve found so far at the show. All prices in USD. 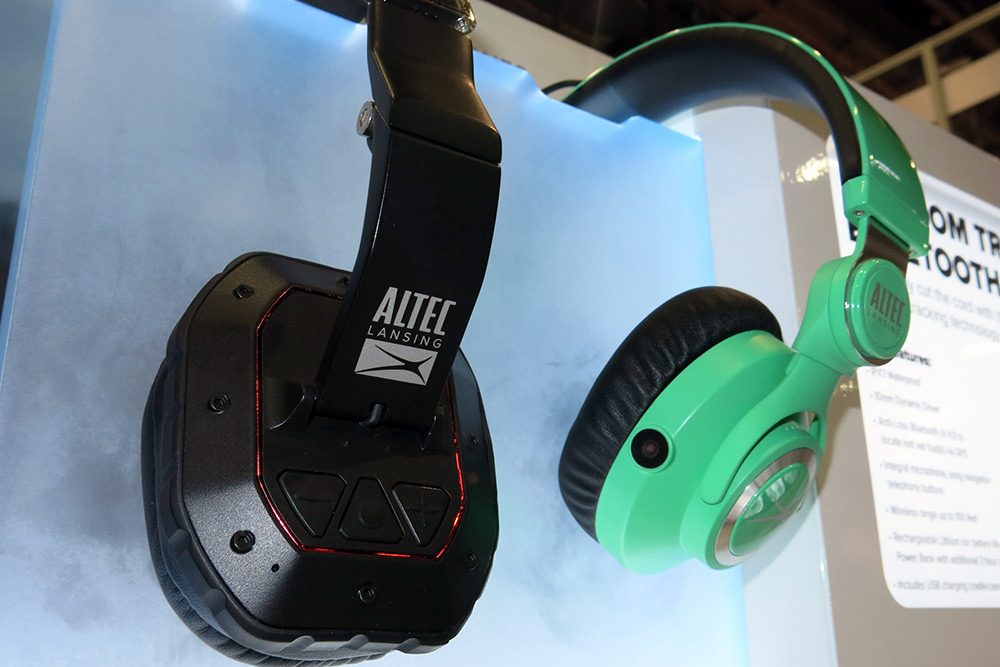 Here’s the one that earned a bemused glance from me. The mil-spec look of the $99 Altec Lansing Hush model (seen at left) isn’t entirely for enhancing the visual appeal. The Bluetooth-equipped, noise-cancelling headphones are IPX7-rated, which means they can be submerged in water one meter deep for half an hour and still keep right on playing. A company rep touted them as “unbreakable,” and the marketing materials claim a 100-foot Bluetooth range, which would be equal to the best achieved by some large Bluetooth speakers. At least give ’em a few points for audacity. 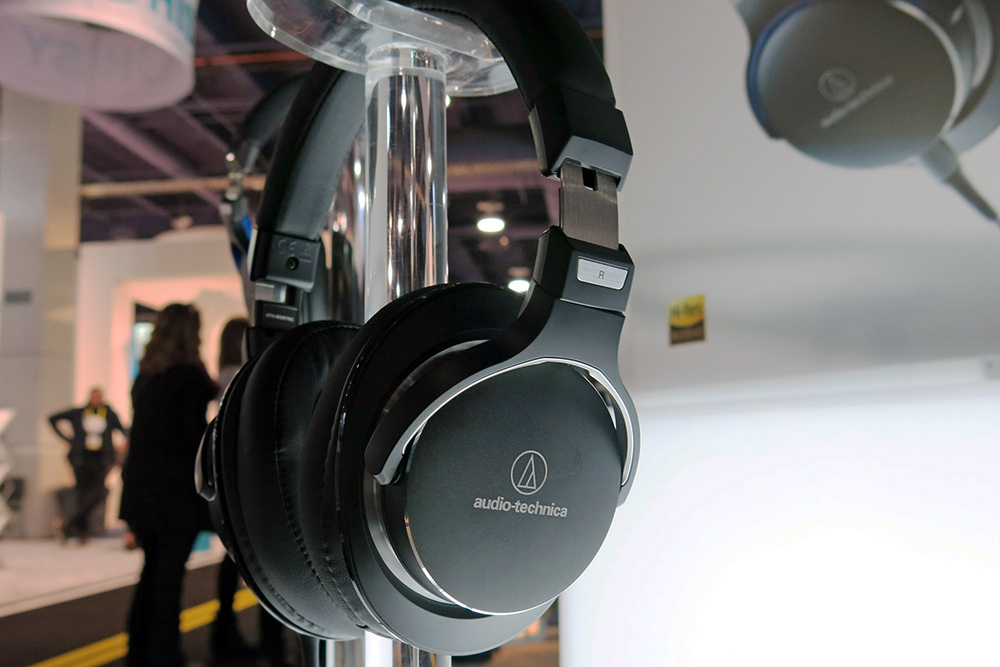 Few noise-cancelling headphones win acclaim for their sound quality, but the $299.95 Audio-Technica ATH-MSR7NCs just might. They’re a noise-cancelling version of the ATH-MSR7s introduced last year to high praise from many reviewers as well as a few “best of the year” awards. The ATH-MSR7NCs include an inline microphone/remote for phone calls. I’m hoping these headphones can match the comfort and pretty decent noise cancelling of the company’s ATH-ANC7b headphones (long the leader in budget noise cancelling), but raise the sound quality substantially. 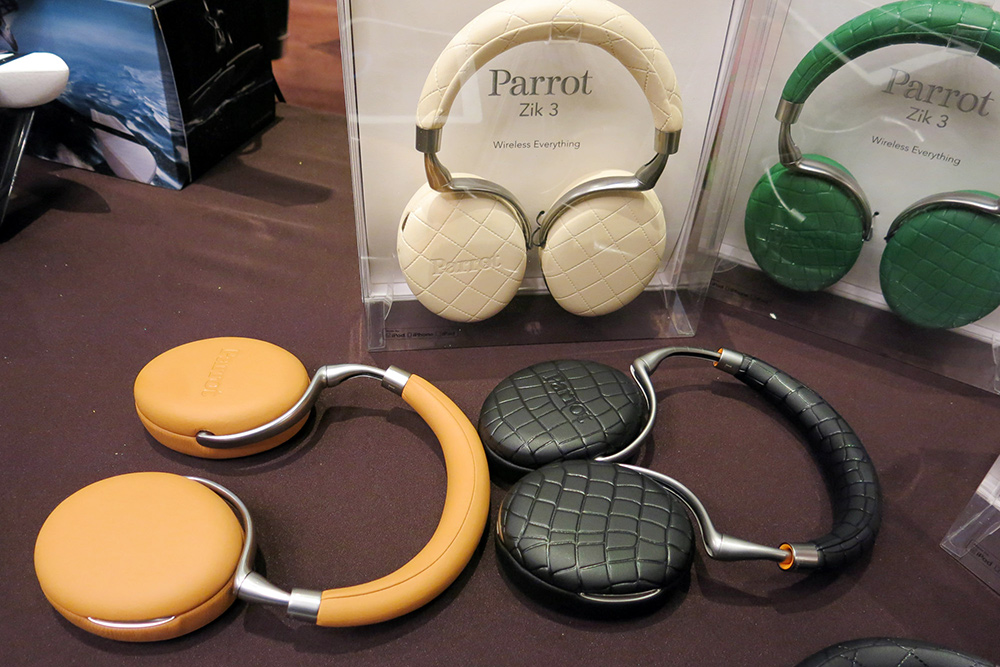 Parrot’s Zik headphones are obviously designed with fashion in mind, but surprisingly they sound quite good and offer better-than-average noise cancelling. The $399.99 Zik 3s amp up the style with embossed crocodile and stitched and leather-grain patterns on the earpieces. They also amp up the convenience with Qi wireless charging (the first time I’ve seen this in headphones) and new control apps for Apple Watch and Android Wear. The headband’s been enlarged a little to better accommodate larger heads. 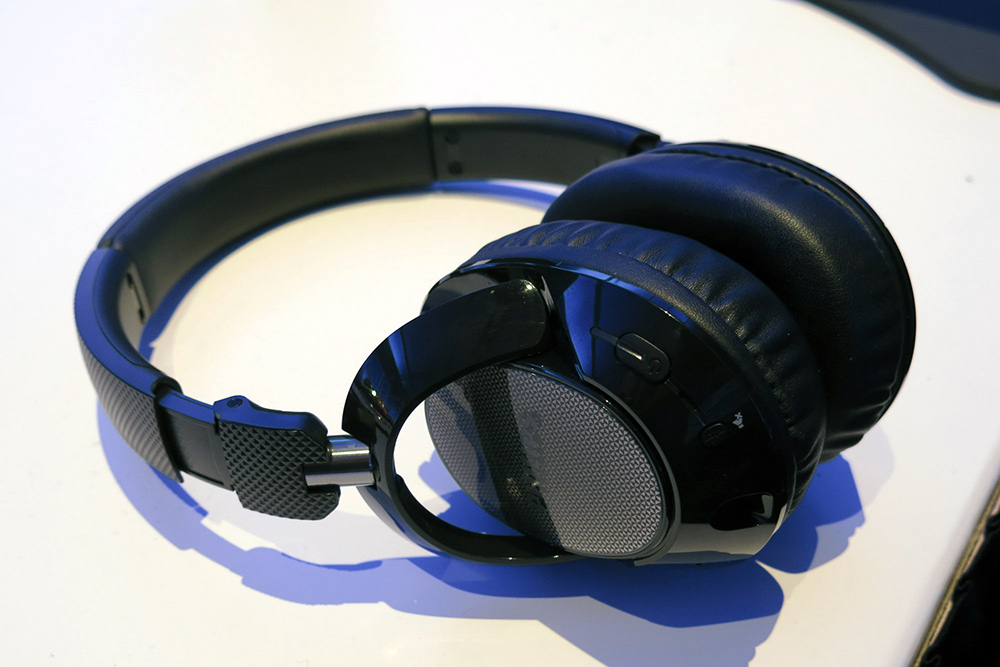 If there’s a theme or trend in noise-cancelling headphones right now, it’s the decreasing prices of models with Bluetooth. The new Philips SHB9850NC headphones cost just $179.99, and they’re equipped with Bluetooth, noise cancelling, and slick swipe-activated volume and Bluetooth playback controls on one earpiece. The SHB9850NCs did a pretty good job of blocking out the loud noises and the live rock band playing in the booth of parent company Gibson Brands. Philips also plans to introduce a wired noise-cancelling model, the SHL3750NCs, for just $49.99, which would make them the least-expensive noise-cancelling headphones I’ve seen from a major brand. 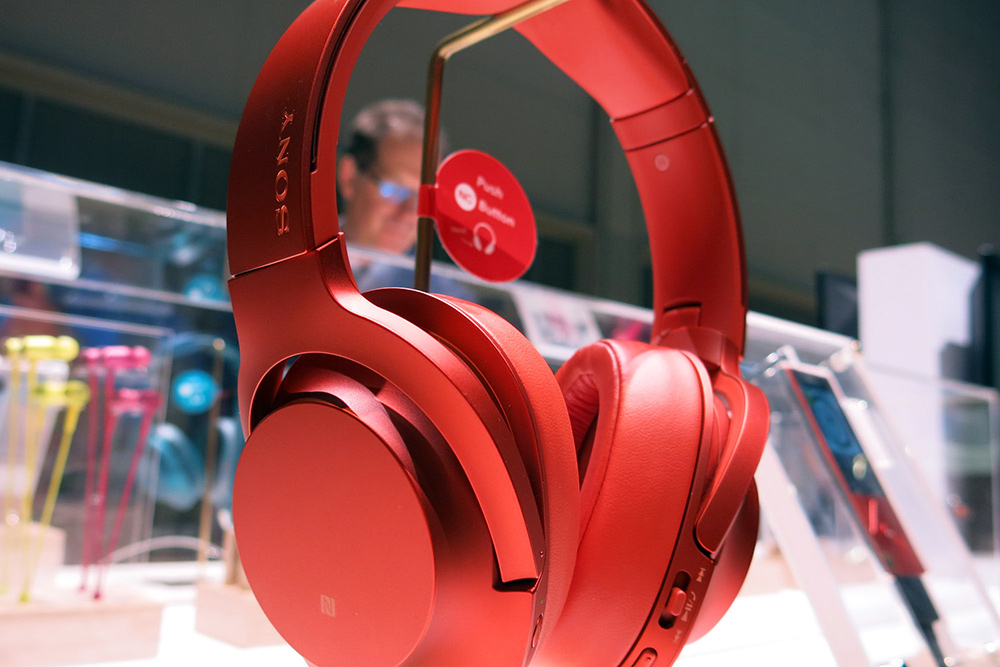 Sony’s latest headphones bear the perplexing monikers “h.ear on” (for on-ear and over-ear models) and “h.ear in” (for earphones). The h.ear on MDR-100ABNs were on display throughout the company’s CES exhibit, which I’d guess was the size of about eight tennis courts. These headphones combine Bluetooth and noise cancelling, and come in lots of cool colors. Everyone I spoke to in the booth insisted that the price hasn’t been set yet, but a Sony rep later told me it would be $199. The h.ear in MDR-FX750NA wired noise-cancelling earphones will also be available with an inline electronics housing about the same size as the one used for the Bose QC20 earphones. Again, no one would tell me the price. 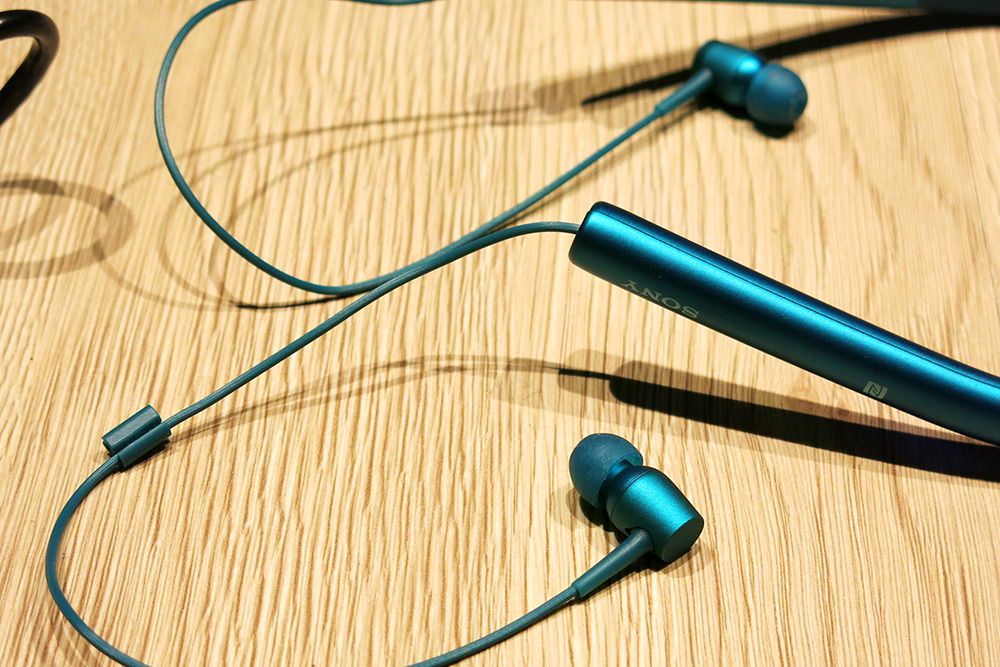 Bluetooth earphones powered by a band that hangs around the listener’s neck are apparently a thing, or so I was recently told by a couple of New York City-based editors I know. Sony’s take on this form factor is the nicest I’ve seen yet, because the back half of the neck band is made from a flexible, rubbery material that makes it extra comfy. Interestingly, this model doesn’t have noise cancelling built in, but if it’s attached to select Sony Walkman portable music players, it can use the PMP’s electronics to perform the noise-cancelling function. Unfortunately, no one in Sony’s booth was able to give me any more information, and Sony’s press materials included no model numbers or prices for the new headphones.