DSP Is the New Black

The first things that Doug Schneider and I saw and heard at this year’s CES were a pair of Bang & Olufsen BeoLab 90 loudspeakers. The BeoLab 90 is a fully active, 18-driver loudspeaker that uses DSP to control its acoustic directivity with B&O’s new Active Room Compensation technology. To say that the results were impressive would be an understatement. You can read Doug’s description of the sound, but let’s just say our jaws dropped within seconds of hearing the BeoLab 90s for the first time. 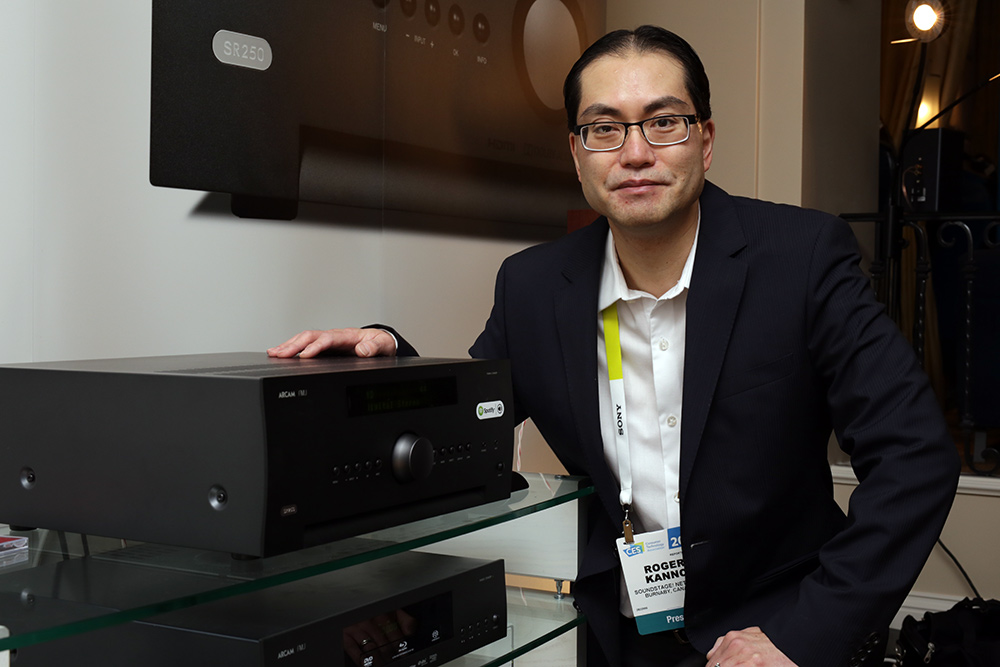 As much as I was jazzed about the sound of the DSP-controlled BeoLab 90, its price of $80,000 per pair brought me back to reality. However, I’m no stranger to using DSP in my audio system, having benefited from the improvements that Anthem Room Correction (ARC) has brought to both stereo and multichannel listening. Lately, Dirac has caught my attention with its Dirac Live room-correction system -- and I was impressed by Arcam’s implementation of it in its SR250 stereo integrated amplifier ($3499) at this year’s CES. The imaging within the soundstage was definitely cleaner with Dirac Live on. Furthermore, the bass was both fuller and better defined. 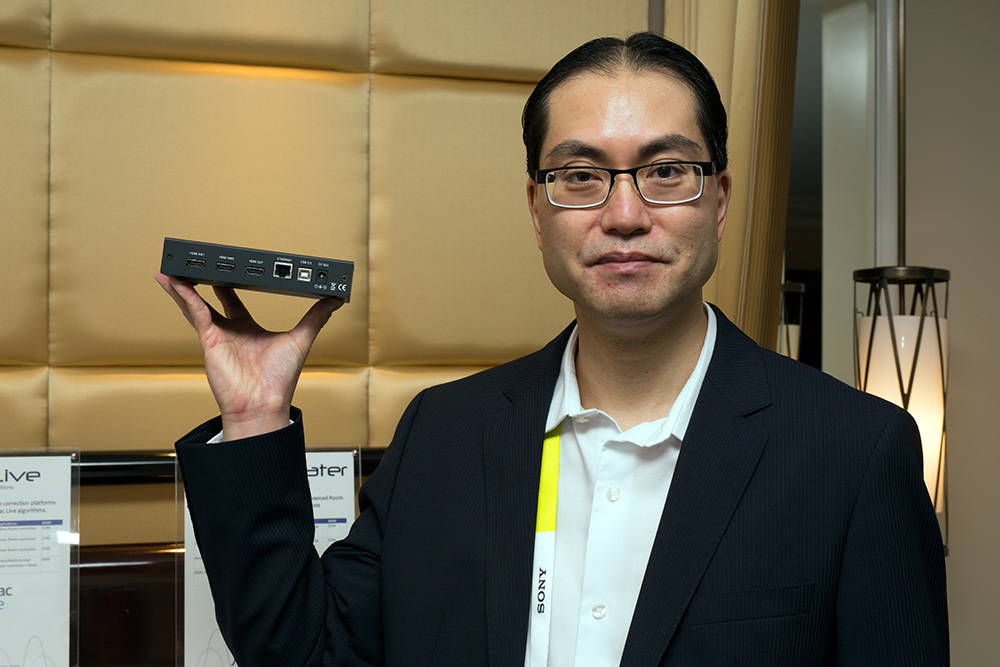 If you don’t have Dirac Live or some other high-quality DSP room correction built into your preamplifier, integrated amplifier, receiver, or surround-sound processor, there is a company called miniDSP that sells outboard Dirac Live audio processors with both analog and digital inputs and outputs at very reasonable prices. In fact, the nanoAVR HD that I’m holding in the photo above has HDMI inputs and outputs, can control up to 7.1 channels, and is priced at only $249. The company has several other models, including the most expensive model, the DDRC-88A, which has eight balanced and single-ended analog inputs and outputs and is still priced at a very reasonable $999. 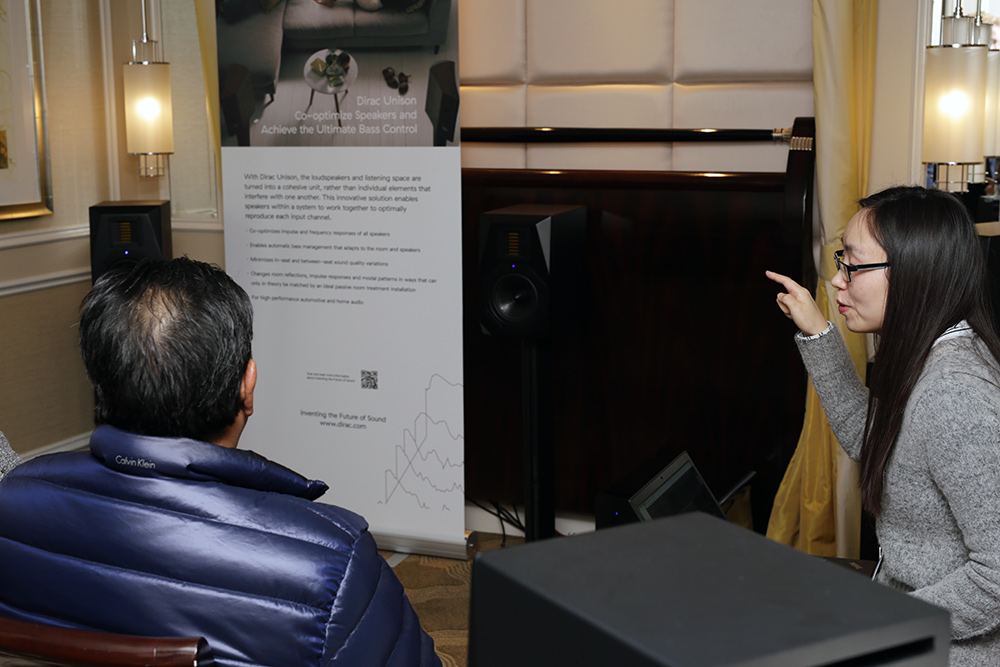 Dirac was also at CES demonstrating its latest room-correction system, Dirac Unison, described as an active acoustic treatment that uses the additional channels in a multichannel system to actively correct the bass response of the left and right stereo signals. The results were impressive, with a clearing up of the mid- and upper bass, resulting in an expansion of the soundstage and more precise imaging within the space. The sound might not have been as impressive as it was with the BeoLab 90s we heard, but it was certainly impressive for the modestly priced system consisting of Emotiva electronics and speakers. 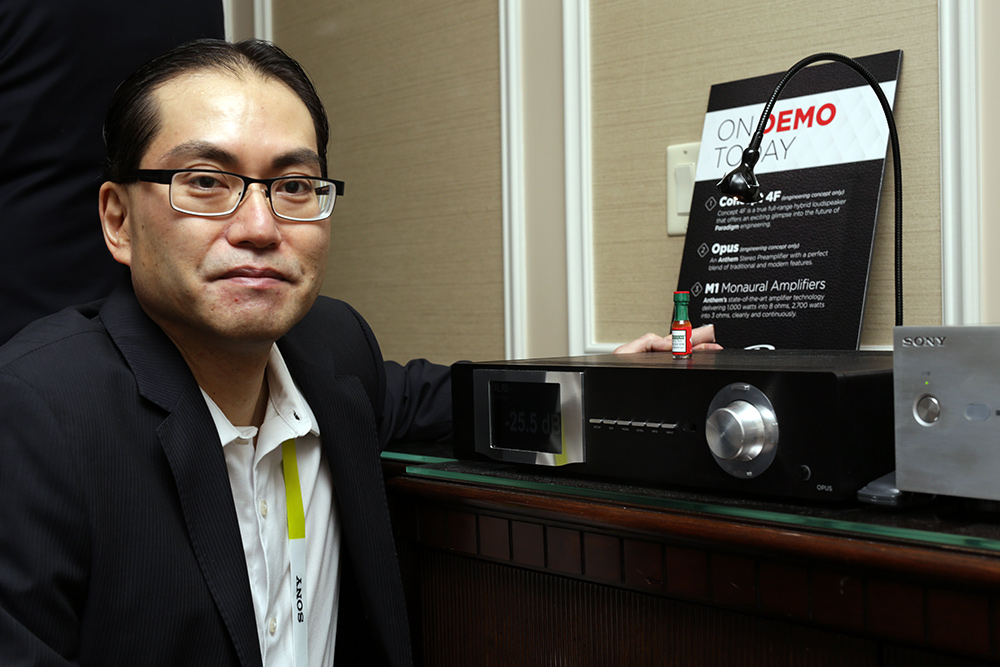 Finally, the DSP-enabled product that I was most excited about at this year’s CES is Anthem’s prototype stereo preamplifier, which incorporates ARC into a fully featured preamp with a DAC section and a home-theater bypass mode. I know it’s only a prototype, but if this preamp comes to market as advertised, I’ll be one of the first in line wanting to check it out. While I don’t believe that DSP room correction is absolutely necessary for a top-flight audio system, I can’t think of a better way to get the most performance out of the components that you have.