On March 22 the SoundStage! Network's publisher, Doug Schneider, moderated a panel discussion focused on the topic of women in audio. Invited to the panel were four women deeply involved in the industry: Anna Popva from Conceptas O2A (Switzerland), Agata Mossop from Lenbrook Industries (Canada), Gabi Rijnveld from Crystal Cable (the Netherlands), and Angie Lisi from American Sound and Angie's Audio Corner (Canada).

The women began by each talking about how they got into the audio industry, the challenges of being a woman in a business that many describe and see as a "man's world," and the benefits that a female perspective can bring to the industry. After that, the audience asked questions. The hour-long discussion was lively, highly informative, and very relevant given how the audio marketplace is rapidly changing. Overall, it was a success and it ended with the hope that this topic will be revisited again at next year's Salon Son & Image show.

(Anna Popova, Agata Mossop, Gabi Rijnveld, and Angie Lisi were seated from left to right from the audience's perspective) 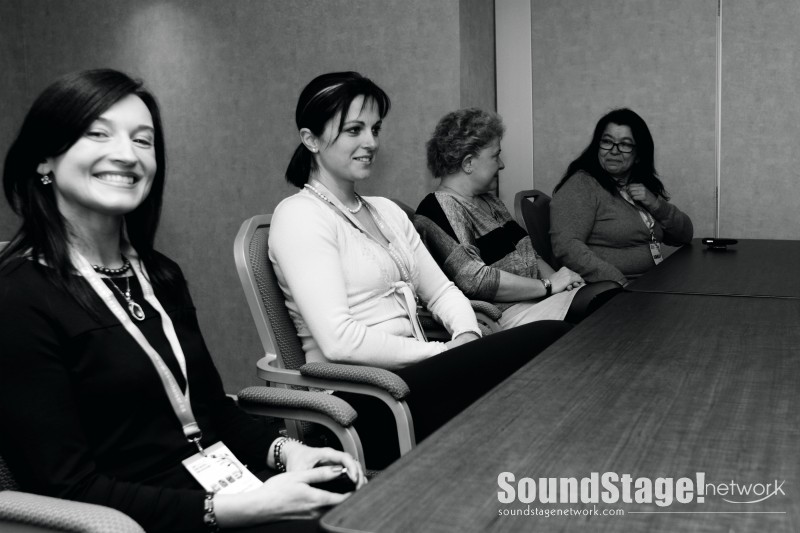