Several years ago I started dreaming about what I thought a perfect Windows-based laptop of the future would look like -- extremely fast (including boot-up), big screen, super thin, ultra light, durable, and without a traditional hard drive (eventually, they always fail in a bad, bad way). A couple months ago the computer I fantasized about came to life: a Samsung Series 9 ultrabook-type computer with a super-good 15" display, near-instant boot-up, and a solid-state drive. The moment I saw it arrive at the store, I bought it and have had no second thoughts since.

Likewise, a couple years ago I began thinking about what the loudspeaker of the future would be. Of all the things I imagined that could be put into a next-generation design, the items that topped my list were active technology (i.e., self-powered) and digital signal processing (DSP) for the crossover design. Active technology allows the designer to optimize the amplification for the drivers, and crossover design in the digital domain has the potential to allow for manipulations that traditional passive components do not (steep slopes while maintaining phase linearity, for example). 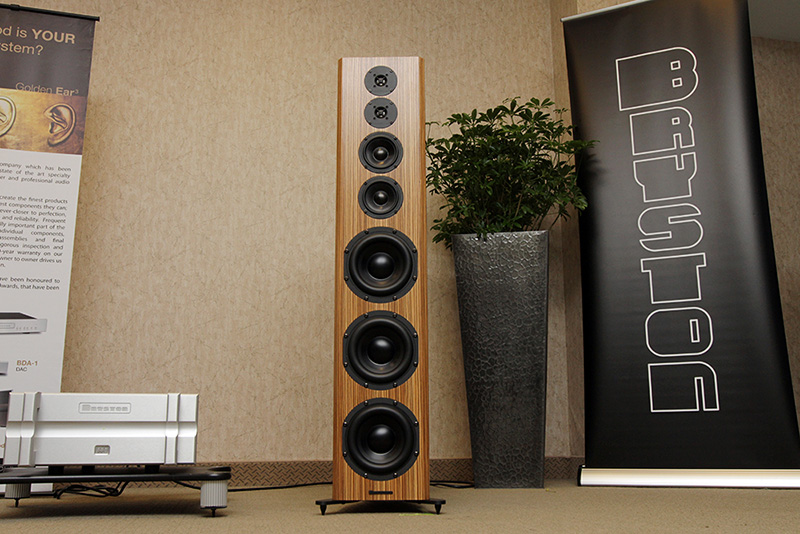 Slowly but surely speakers like these are coming to fruition in mainstream high-end. One example is the active version of Bryston's new Model T (two passive versions of the T are also available), which sells for about $9500 per pair without amplification. (Three amplifiers per channel are needed, but since the amps aren't built into the speakers, any brand can be used. Still, it's pretty clear to me that if someone buys the speakers, they'll likely buy Bryston's amps, too). 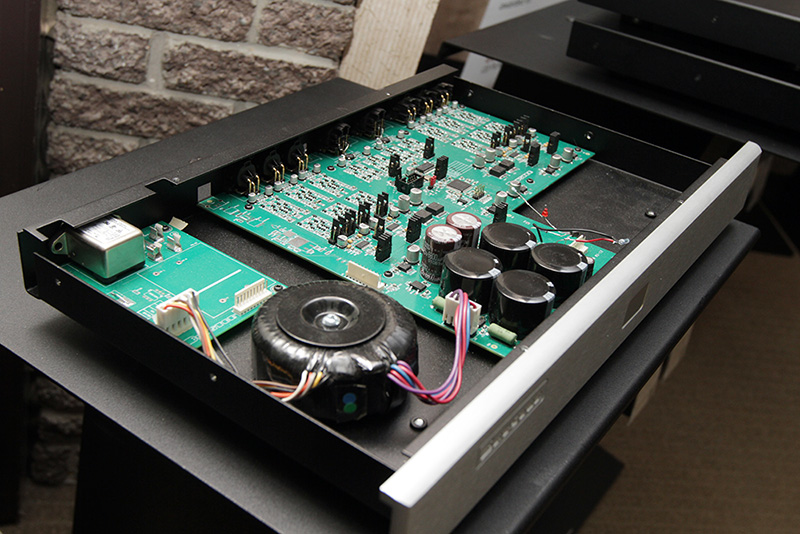 Bryston's DSP-based crossover for the Model T is the AX1, a separate component created at the same time as the Model T, and specifically for the T, but that can also be purchased separately for $2995, and, presumably, programmed to be used with another loudspeaker system. The AX1 utilizes a high-quality analog-to-digital (A/D) converter so that it and the Model T can be placed in any traditional system that has analog components up front (i.e., a preamplifier, or a CD player or DAC with onboard volume control). It converts the incoming signal to digital just after its inputs, and back to analog at its outputs, which is what feeds the amps. Pretty simple. But if going whole hog into a system like this seems a little bit too much, Bryston has also created a pretty painless upgrade path -- it's possible to buy the passive version of the Model T with the external crossover, which is priced at $7495 per pair (the entry-level passive model is $6495 per pair and has a built-in crossover, so you can't bypass it), and run it with a single stereo amp at the outset. Then, in time, ditch the external passive crossover and replace it with the AX1 and more amplifier channels. 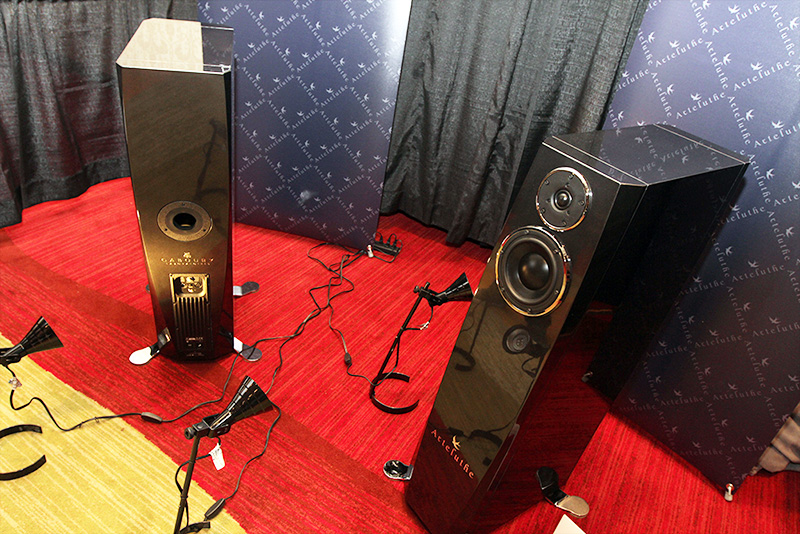 Similar in concept to the active Model T is the Satie loudspeaker from Artheluthe of Quebec -- an A/D converter digitizes the incoming signal for crossover manipulation before a D/A converts it to analog for amplification. Where the Satie differs substantially from the T is that there's no choice of amplification -- the speaker comes with all the electronic circuitry (including class-D amps sourced from Italy) built into the cabinet. It's more of an all-in-one solution. The Satie sells for $8000 and appears to be a promising, forward-thinking design. It also looks great -- stunning cabinet work, all done in Montreal, Canada.

Dynaudio's stand-mounted Xeo 3 ($2300 per pair) and floorstanding Xeo 5 ($4500 per pair) are like the Satie in that they're almost entirely self-contained -- the DSP section and amps are built into the speaker cabinet -- but they're different than Arteluthe's as well as Bryston's speakers in that the audio signal reaches the speakers wirelessly and in the digital domain. That digital signal originates from a supplied transmitter box that connects to a computer and/or to an analog source (the transmitter contains an A/D converter, though if it's connected to a computer only, doesn't need it). 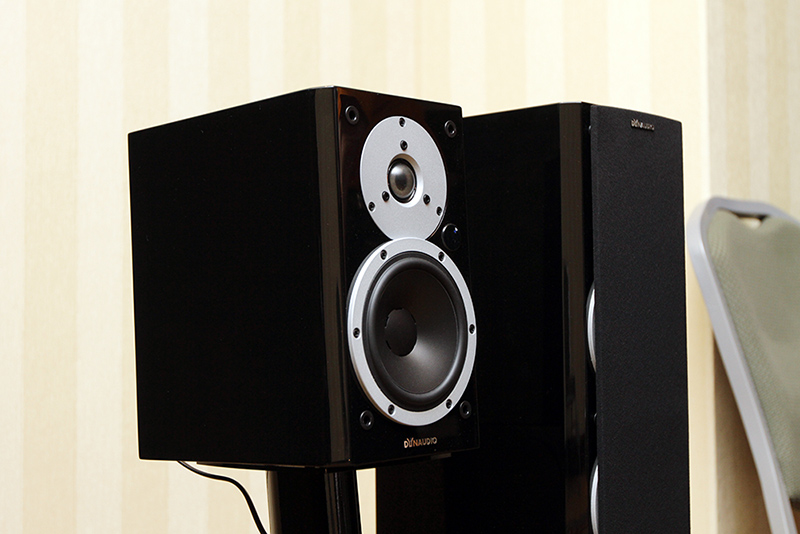 Jeff Stockton reviewed the Xeo 3 for us in SoundStage! Xperience last November, and he was more than happy with the way it worked and sounded. The way this system works digitally (all music originating from the computer stays in the digital domain until the final digital-to-analog conversion stage in the speaker) is very forward-thinking and shows the potential that these technologies bring. The only real downside to Dynaudio's speakers right now is that the digital transmission is limited to 24-bit/48Hz resolution, as opposed to 24/96, 24/192, or higher. Still, that's more than sufficient for CD-quality playback, which is 16/44.1, and that's the resolution that most modern music still comes in.