The first day of Salon Son & Image is open only to the trade: dealers, distributors, manufacturers, and press. It's so the industry insiders can get together and do their work and not have to worry about interfering with the members of the public when they arrive on the following day.

As has been customary at every SSI event that we've attended, this industry-only day closes out with a cocktail party that features the presentation of lifetime achievement awards (this year's recipients were Angie Lisi of Angie's Audio Corner, a store located in Toronto; and Brian Russell of Bryston, the well-known electronics manufacturer that also recently got into speakers), along with food, drinks, and live music. This year's music selection was different -- SSI owner Michel Plante believes that in order to bring a more diverse audience into specialty audio, the music played must appeal to the masses, so he enlisted the help of local rock group Hans Wilright, who, we felt, put on quite a rousing show. This gallery features a smattering of SoundStage! SnapShots! from the party. 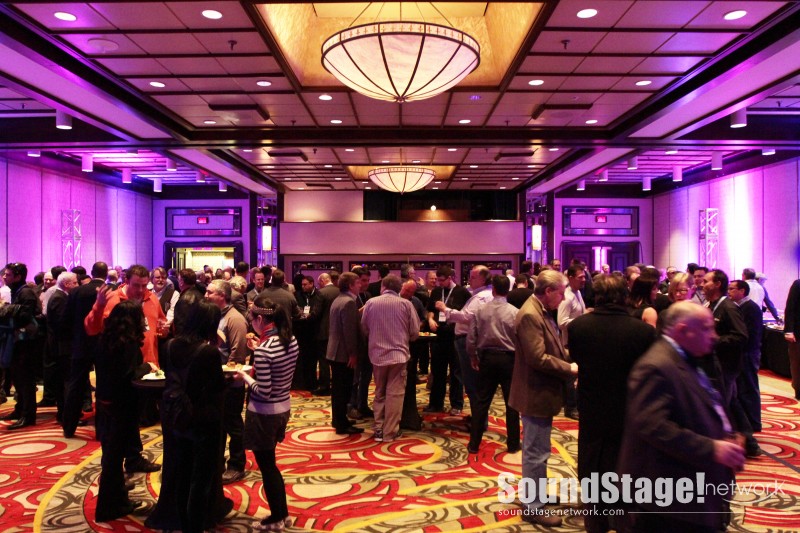