Yesterday I wrote about the first batch of Superspeakers I listened to. Today I offer up the second and final installment. But first, some general observations: there seems to exist an inverse relationship between marketing aggressiveness and advanced loudspeaker engineering, at least with some makers of expensive loudspeakers. I listened to a couple of these models at CES 2012 -- some for the umpteenth time -- and could not get over how absolutely average several of the really expensive speakers sounded. Not always bad, mind you, but certainly not equal to the marketing propaganda that can be hilarious in its nonsense and embellishment.

If I sound jaded, I'm really not. But I do go into covering the Superspeaker product segment with my eyes, ears, and brain turned fully on. I'm not looking to fall in love with a speaker or validate my existence through the stereo system I own. Those psychological factors do exist in any luxury-market segment to some degree. But to evaluate loudspeakers, you simply have to listen to the sound objectively, always asking yourself the question: is it a high-fidelity loudspeaker? That's not to say that the total package of secondary features isn't also relevant: build, aesthetics, finish . . . all of it matters after the performance is there. 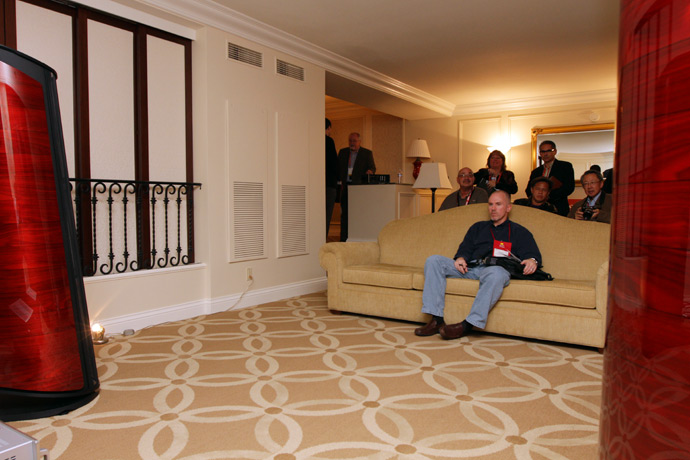 The Sonus Faber Aida ($120,000 per pair) covers most of that. Its sound has grandeur, its form is strikingly beautiful, and it appears to be robust in build quality. It produced a massive soundstage even in a small room at CES -- no small feat. The Aida was able to image outside the boundaries of the speaker cabinets in a spooky way. That Soundfield Shaper really works, I'd say! I couldn't detect any frequency-response anomalies, either -- the Aida sounded tonally correct to my ears. The only possible flaw Doug Schneider and I both heard was what sounded like the slightest bit of compression from the 13" subwoofer when it was played very loud and with highly dynamic music. But these speakers are so easy to look at and listen to. I'd love to hear them in a large room with plenty of break-in and position tweaking. I suspect they will find many happy homes. 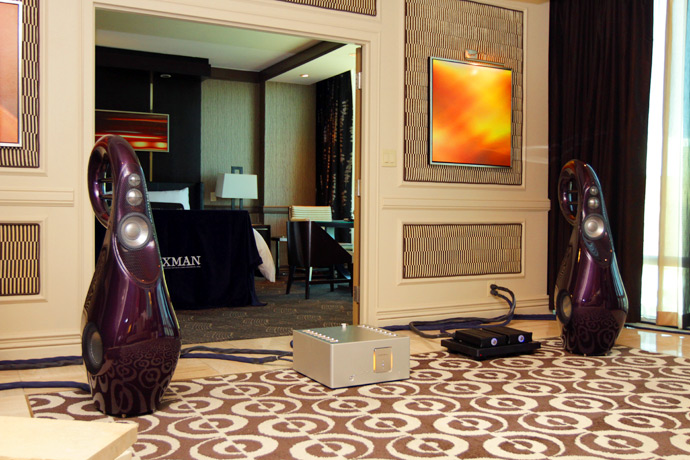 The Vivid Audio Giya G3 ($40,000 per pair) shows no dynamic compression at any volume level that a sane person could stand. I auditioned these speakers in Philip O'Hanlon's large room at the Mirage as powered by Luxman electronics. We started with "normal" music and ended up with Rihanna, Adele, and the White Stripes at close to what must have been 115dB. These speakers won't compress, they don't give up, and they never cry uncle. They can play louder, cleaner, and have more drive than you can believe. My take? Vivid engineer Laurence Dickie is a genuine loudspeaker genius, and these speakers are without question among the state-of-the-art few. 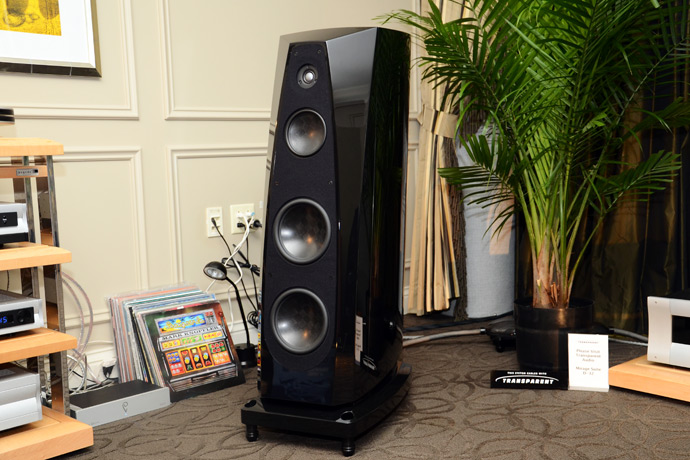 Rockport Technologies debuted the Avior loudspeaker, a model that retails for $29,500 per pair. That gives it the distinction of being the least-expensive speaker in the Superspeakers series of articles by more than $10,000. But I decided to include it for two reasons. First, as driven by VTL electronics, it sounded superb. It had even tonal balance, it was very coherent across the entire frequency band, and it reproduced transient attack with lightning-fast speed. The speakers also seemed to have a very low inherent noise floor -- music just emerged from the space around them. But still, although the Avior uses the newest Rockport-made drive units, it doesn't have the composite cabinetry the company is known for and there are several Rockport models that are more expensive. I include it here because it simply sounded better than several of the Superspeakers -- certainly the Enigmas and Ventures, but even the Hansens and others. It's that good, and at a really good price. And that gets it on this list. 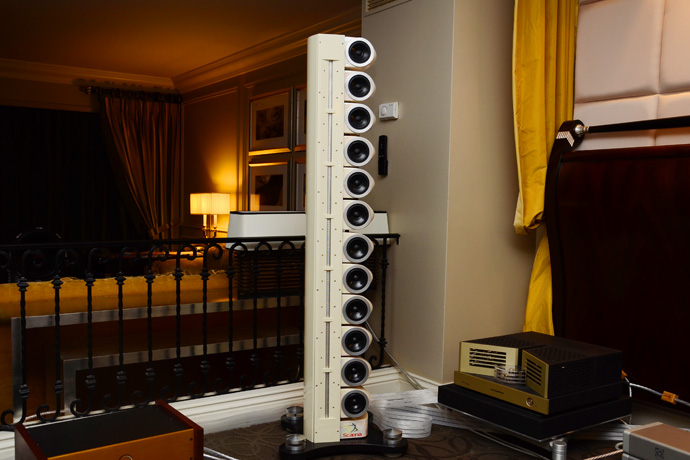 The Scaena Iso-Linear Array (over $100,000 per pair, we were told) sonically exploded, with dynamic range to spare. There's no question that a line array with so many drive units can sound big and powerful. In that respect, the Scaena did not disappoint. I did, however, hear some issues: the sound from the midrange-tweeter column never completely detached itself from the actual speaker -- maybe I was sitting too close -- and the bass notes were slightly detached from the mids and highs. Basically, the thing never coalesced into a whole. If these were more cohesive -- and maybe the setup was a contributing factor when I heard them -- then this speaker might have some real upsides. But that's not what I heard today. 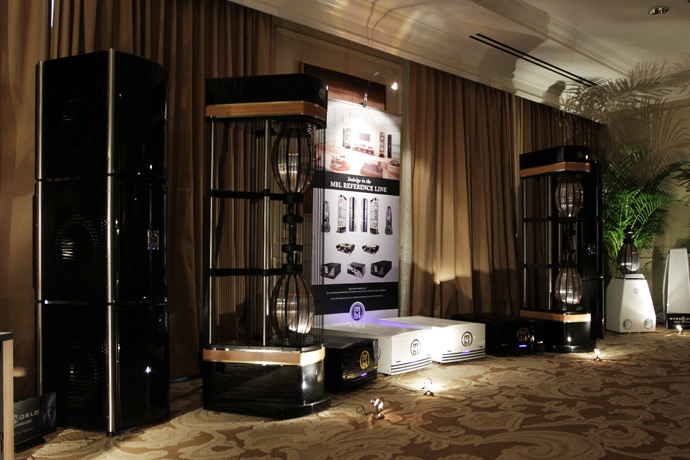 The MBL 101X-tremes do not produce a tightly focused image or map the soundstage with precision like the best point-source loudspeakers can. But what they do incredibly well is recreate a sense of space that sounds very much like live music does. Is it completely accurate, technically speaking? In this case, who cares? The sound is more live-like than most speakers can manage, and that can be extremely enjoyable to listen to. In that sense they are accurate. They need a huge room and huge power, and they cost the huge sum of $263,000 per pair. But what they do, they do really well, maybe better than anything else. 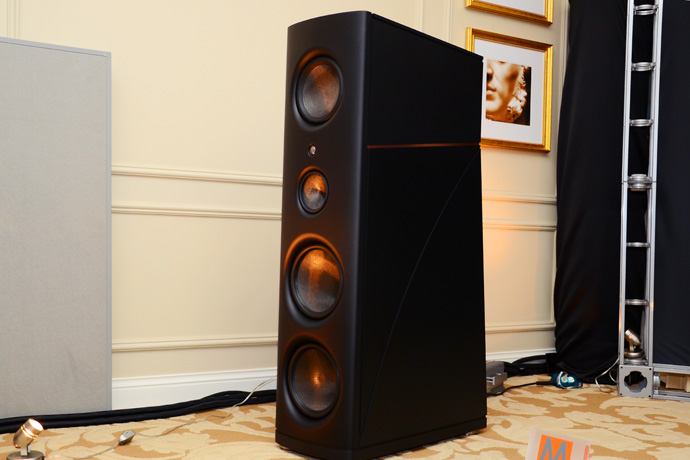 The Magico Q7 ($165,000 per pair) is an important product introduction. I know some will say I'm biased in favor of Magico because they were chosen (by me) for The World's Best Audio System 2012. But it is what it is: these speakers are an all-out assault on the state of the art like I've never seen or heard before. I listened to this speaker three times throughout the show, and I'm convinced it was the highest-performing speaker at this CES -- or maybe any CES before. The Q7 marries the blinding speed of an electrostatic with the concussive punch of a dynamic-driver loudspeaker without ever compromising the resolving capability that Magico is known for. And it could do all that across the entire frequency band at any volume level. Highest fidelity.

After evaluating each speaker for its ability to reproduce music with the highest fidelity possible, of the speakers I heard at CES 2012 the Vivids and Magicos reigned supreme. There were other enjoyable products like the stunning Sonus Fabers, the sublime Veritys, the drastically outperforming-their-price Rockports, and lifelike MBLs. In my opinion, though, the highest-fidelity loudspeakers at CES 2012 were from Vivid and especially Magico. They wear the Superspeaker crowns for CES 2012.