So-called "Superspeakers" -- giant loudspeakers that purport to represent the state of the art and retail not just for tens of thousands of dollars, but sometimes hundreds of thousands -- rarely impress me. Our editor-in-chief, Jeff Fritz, likes to write about them, but I don't because most of these high-priced behemoths often end up being not much more than overpriced eyesores.

For example, at last year's CES Sonus Faber showed its much-ballyhooed The Sonus Faber loudspeaker, which retailed in the neighborhood of $200k per pair. Given the history of the company, it should have been quite an achievement, but the TSF lacked the visual elegance of the company's less expensive models and didn't sound very good to my ears. Their new Aida, which is $120,000, seems more promising, but the jury is still out on whether it's any good because I have yet to listen to it. Venture's Xtreme loudspeaker was also on display last year and retailed for the same as the TSF, but it was just plain awful in every way. I could go on with a few more examples, but the obvious lack of success that most companies are having with products at these high prices leaves me with one question: Are these speakers meant to be a joke? 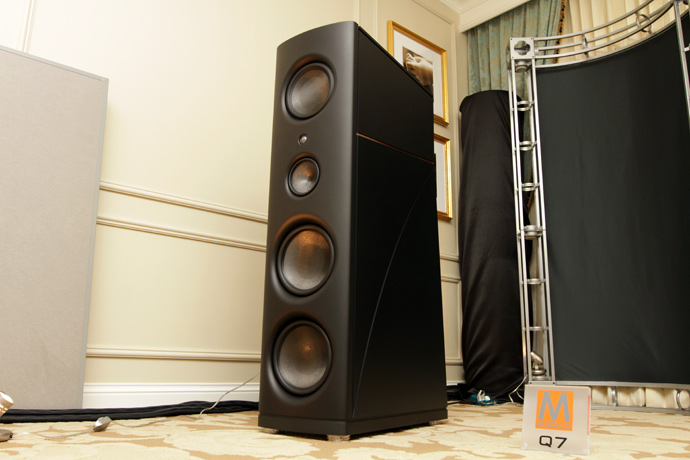 If they are a joke, Magico's Alon Wolf hasn't been let in on it. Over the years, Wolf's company has been steadily improving its products to the point that the new Q7 loudspeaker, which debuted at CES 2012 and retails for $165,000 per pair, is, in my opinion, one of fewer than a handful of Superspeakers that might be The Real Thing. These are words I don't throw around lightly, particularly when it comes to Magico, a company whose products I've respected but certainly haven't praised nearly as highly as many other reviewers have in the past.

I reviewed Magico's V2 a couple of years ago, and although I found it to be an excellent loudspeaker, I didn't think it was a truly great one -- there were other speakers from other companies priced about the same that I'd rather have, and I wrote that publicly several times. I'm also familiar with their V3, a speaker that others felt to be head and shoulders above its competition at the time. I thought it was merely good for the price they were asking. My praise picked up more when Magico released the Q5 and Q3 models -- they were definitely a cut above the V series in appearance and sound, but my praise wasn't quite as high as what some reviewers wrote, including our own Jeff Fritz, who considers the Q3 a world-beater.

But Magico's Q7 is a different animal -- it's larger, its styling is better than even the Q3 and Q5, and it delivers a truly spectacular sound. The Q7 also has bass that has terrific weight and impact, something that all the other Magico speakers I've heard have lacked to varying degrees. It's still rather early in the show to know if Magico has the best-sounding room here, but the music Wolf played for me in the Magico room was the best sound I've heard at CES in years, and ranks among the best sounds I've ever heard here. 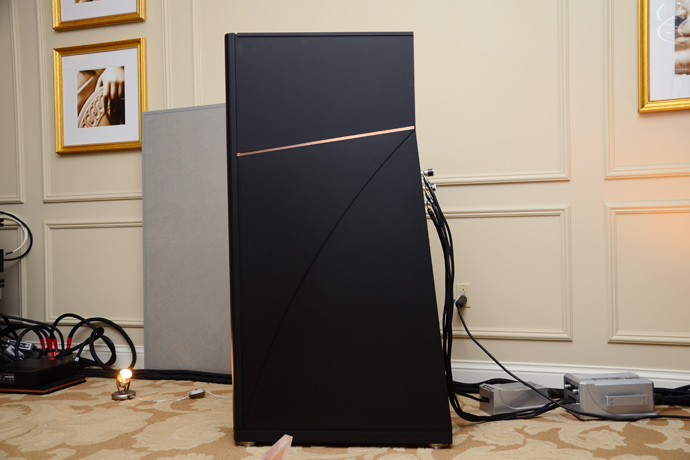 The Q7 is also extraordinarily well built, not to mention unbelievably heavy -- 750 pounds per side, and it doesn't tear down into small pieces. There's nothing I've ever seen quite like the Q7 in terms of build quality or sound, and I don't know if there's another company out there with the wherewithal to make it. All told, the Q7 is a real achievement.

That's not to say that the Q7's sound was perfect -- there was some bass boom and blurring of the lower registers that indicated bass-mode interactions with the room. So, set up in superior circumstances, there's a good chance that the overall presentation will be even better. But even with a few flaws, the sound from the Q7 was out-of-this-world impressive and it was very apparent that the potential was all there for this speaker to be a true world-beater. If forced to choose one word to sum the Q7 up, I'd go with spectacular. 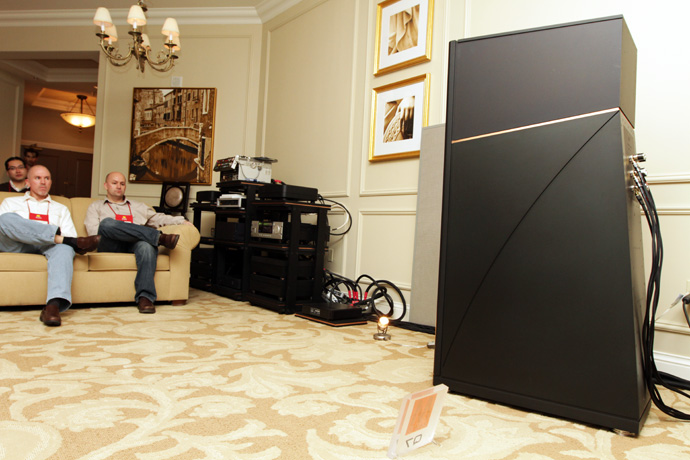 Then again, that price tag is quite spectacular as well. Is the Q7 worth 165 grand? Honestly, I'm not sure that I can say any speaker really is. After all, when you think about it long enough, it isn't hard to conclude that the prices these companies are asking borders on being absurd, no matter how the thing is built and what it sounds like. But since there are other competitors to the Q7 around this price and higher that are, based on what I've experienced, pretty bad in terms of what they look and/or sound like, I have to conclude that for those who want to spend this kind of money, the Q7 is probably worth what Magico is asking for it.