My Three Favorite DACs at CES 2012

A few years ago, it seemed that few specialist audio companies were interested in manufacturing DACs. With the proliferation of computer-based audio, DACs have made a comeback, and I found several models at this year's CES that piqued my interest. 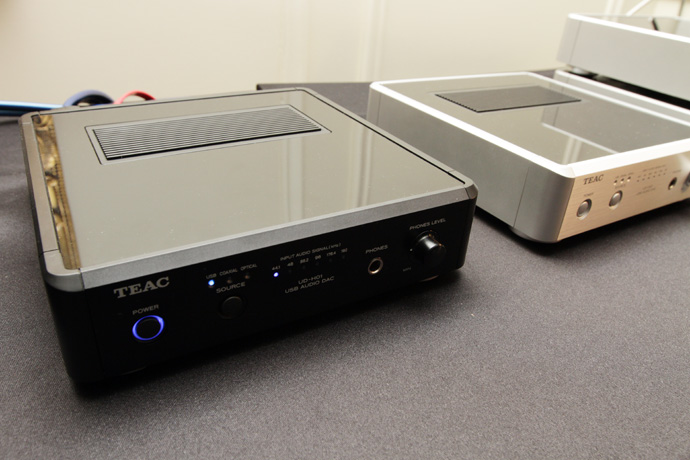 TEAC, the parent company of Esoteric, made quite an impression with the announcement of their Distinction series of integrated amplifiers and SACD/CD players, which offer near-Esoteric build quality at real-world prices. But their little UD-H01 DAC priced at $549.99, tucked away in the back of their room, was just as impressive because of the features that it offers for its price. It's a solidly built unit available in black or silver that can accept 24/192 digital inputs via coaxial, optical, and USB inputs, and it has balanced and single-ended analog outputs. The USB interface is capable of asynchronous data transfer via its Tenor 8802 input chip; the DAC chips are dual 32-bit/192kHz Burr-Brown 1795s. The HD-H01C also has a toroidal transformer, a removable IEC power cord, and LEDs to indicate the frequency of the incoming digital signal. The UD-H01 can even be used as a headphone amplifier. Now that’s a lot of DAC for the money. 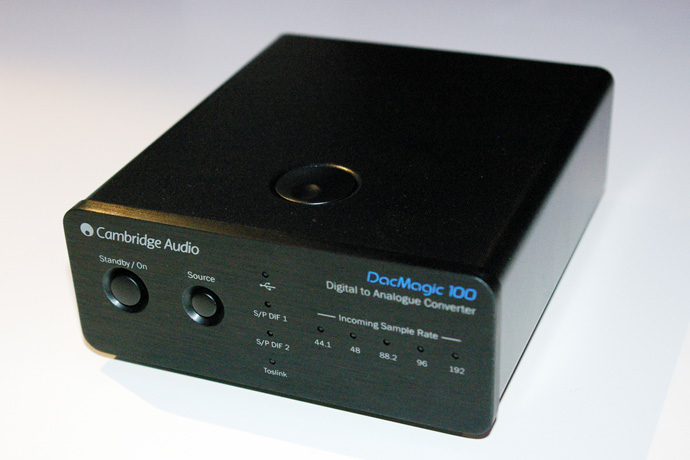 Cambridge Audio's inexpensive DACMagic made quite a splash when it was introduced a few years ago, and it has since been replaced by the DACMagic Plus. But they've now introduced the smaller, less expensive DACMagic 100 priced at only $399. It's a tiny little component, but it has all the features that an audiophile on a budget might require. It has one optical and two RCA S/PDIF digital inputs, as well as a USB input capable of asynchronous data transfer with rates up to 24-bit/192kHz using a custom-designed Cambridge Audio Windows driver. The DACMagic 100 uses a 24-bit Wolfson WM8742 DAC chip and has LEDs on the front panel that indicate the sampling frequency of the incoming digital signal. If you want a high-quality, entry-level DAC for a great price, the DACMagic 100 may be just what you're looking for. 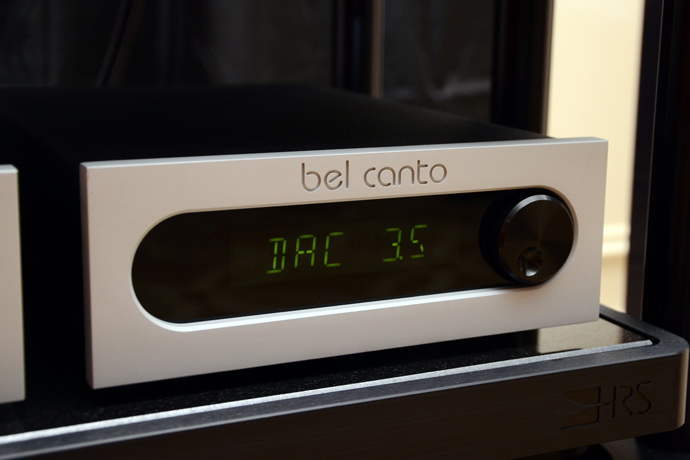 Bel Canto Design has a history of continually upgrading their components and providing an upgrade path for their customers. Such is the case with their DAC3.5VB, which now has an Mk.II designation and a fully optioned system price of $5895. I haven't had the DAC3.5VB in my system, but based on my experience with their DAC2.5, I can confirm that Bel Canto DACs continue to offer a lot of performance for their price, and their top-of-the-line DAC3.5VB Mk.II is priced much lower than many other high-end DACs. The Mk.II features a new low-phase-noise main-clock oscillator and an improved analog supply that better isolates the Burr-Brown PCM1792 DAC. Perhaps best of all, current owners of the DAC3.5VB can upgrade to the Mk.II for only $500 (the difference between the price of the old version and the newer version). Now that’s a great deal.