For the amounts of money that high-end-audio companies are charging for the Superspeakers described below, you should expect nothing less than blow-your-mind sound. CES is an event in a hotel -- granted -- but the manufacturers themselves are setting up their own products and I have to expect that they can get sound equivalent to what someone could in a home environment, particularly if a dealer helps set them up. I mean, these things have to sound at least very good, right? For example, at CES I heard the new Revel Performa3 M106 standmount speaker, which costs a mere $1700 per pair, sound simply amazing -- it's a true budget reference. Therefore, for many, many times the Revel's cost, all of these Superspeakers should blow these cheap Revels away. Do they? 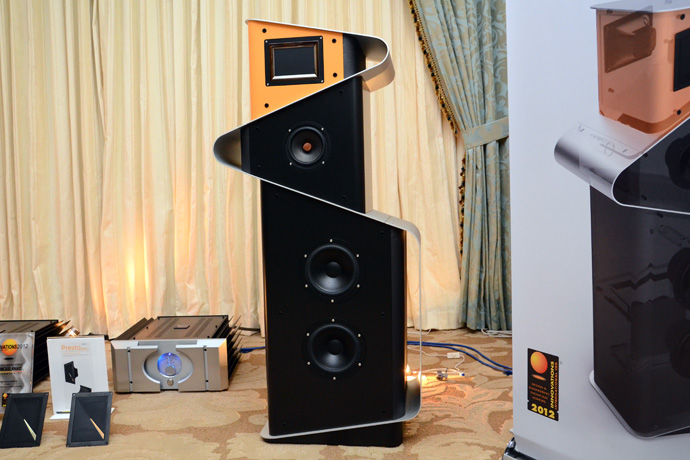 The Enigma Acoustics Finale is a $50,000-per-pair loudspeaker that features the company's Presto electrostatic tweeter, a 125mm midrange driver, and two 205mm Audiotechnology woofers. The cabinet is a three-segment affair separated by what looks like thin, bent aluminum. The overall form factor is interesting and definitely not a me-too aesthetic design like so many speakers you see at CES. The sound, however, was what I would characterize as a "work in progress," to put it politely. The highs were very sibilant -- the tweeter just sounded too hot to handle on every cut I heard -- and the rest of the frequency range didn't match. As such, the speakers did not disappear as a sound source no matter the music. The Presto driver might hold promise -- I just don't know -- but the overall sound I heard led me to believe that the company needs to seriously rethink the design. 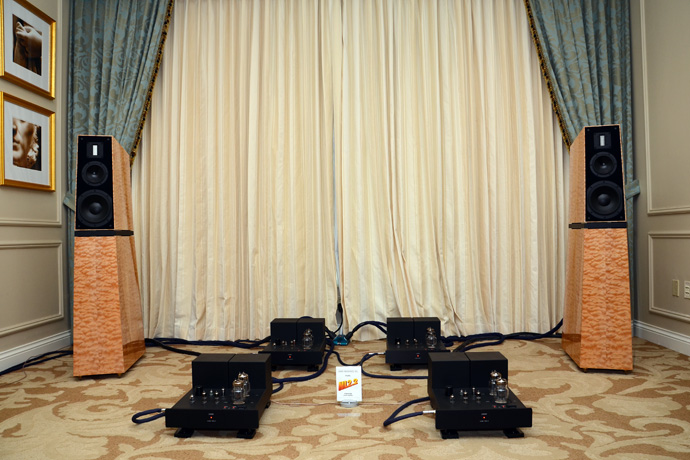 The Verity Audio Lohengrin II ($99,995 per pair as shown) was played in the Lamm Industries room, powered by ML2.2 amplifiers in a biamp configuration. The highs in this room were the tonic I needed after the Enigma speaker. The beautifully styled Lohengrin II's ribbon tweeter was somewhat ethereal, light on its feet, and very pleasant over the several cuts I heard, without ever becoming grating or offensive in any way. Overall, I really liked this room and it was apparent to me that the Lohengrin is a very good performer. 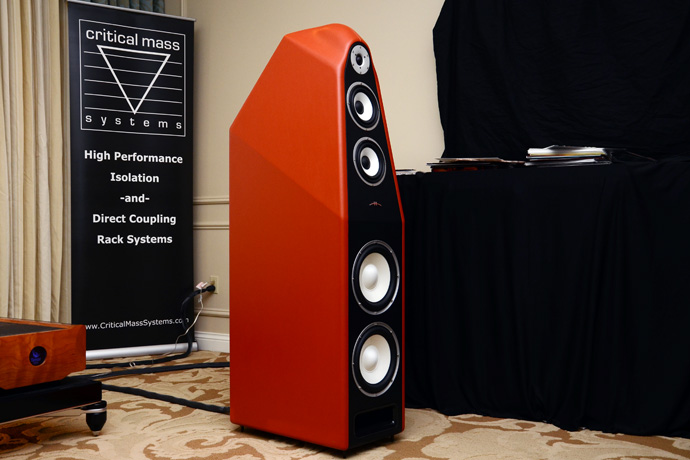 The Hansen Audio Emperor E ($69,000 per pair) sounded very nice powered by the Tenor electronics. In fact, the Hansens cast a deep soundstage that I felt I could walk right into. The speakers were quite far into the room, and I would assume this contributed to that effect. The midrange was somewhat recessed and distant; on the other hand, they managed to create a very dimensional sound that would be easy to get used to. I didn't hear any deep bass form the Hansens, even though I sat through several musical selections. All in all, this was a good sound, perhaps the best I've heard from Hansen so far, but still a far cry from what can be considered state of the art. 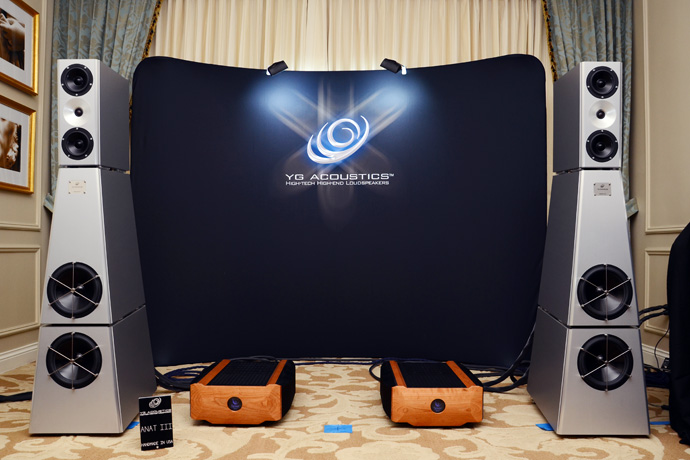 The YG Acoustics Anat III Signature ($119,000 per pair) was good in all the audiophile ways you could name. It had crisp-but-not-bright highs; a plucky, fast midbass; and it seemed to have more dynamic expression than I've heard from any YG in the past. There was a touch of room resonance in the low frequencies that kept the sound from being superb, but it was easy to hear that YG had improved their designs, and this is their best speaker yet. 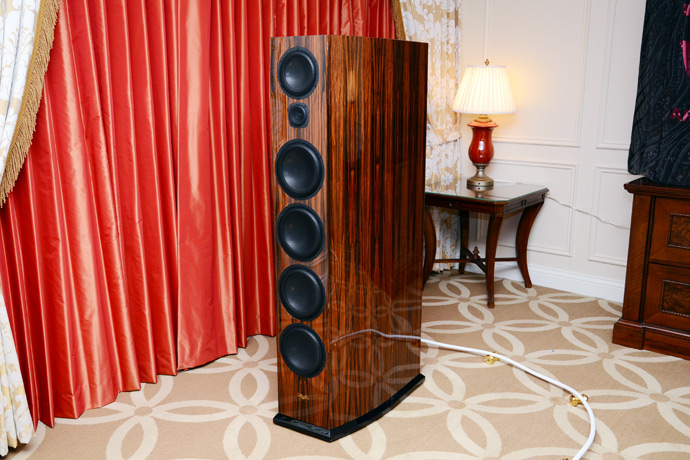 The Venture Ultimate Reference ($139,000 per pair) was not very good at all. I hate that, really, because the folks minding the room were so very nice and accommodating. But I just couldn't understand the sound: the overall soundfield was blurry and indistinct, and I heard almost no real detail at all -- the tweeter seemed to be doing nothing past 10kHz. The center image of the vocalist was simply huge -- way out of whack with reality -- and the coherency between drivers was second-rate. Venture's Ultimate Reference is certainly better than the Enigma, however.