On the first day of CES, I walked into the Perfect8 room and looked at the new Point MkII loudspeaker, which I thought was an interesting design in that the cabinet, if you can really call it that, was made of glass. A quick glance around the speaker revealed a front- and rear-radiating ribbon tweeter and two midrange drivers with no enclosure. Since these drivers are radiating energy to the front and rear, the speaker is a dipole. I also saw two side-firing woofers, presumably operating in parallel to increase output, that were driven by class-D amps housed in the glass bass enclosure. The crossover was external, housed in what appeared to be glass boxes located on the equipment rack, one for each speaker. The speakers were being driven by a BAlabo amp. As I said, the speaker design looked interesting, but it's hardly unique. I've seen all of these design elements in other speakers at one time or another, including the use of glass. 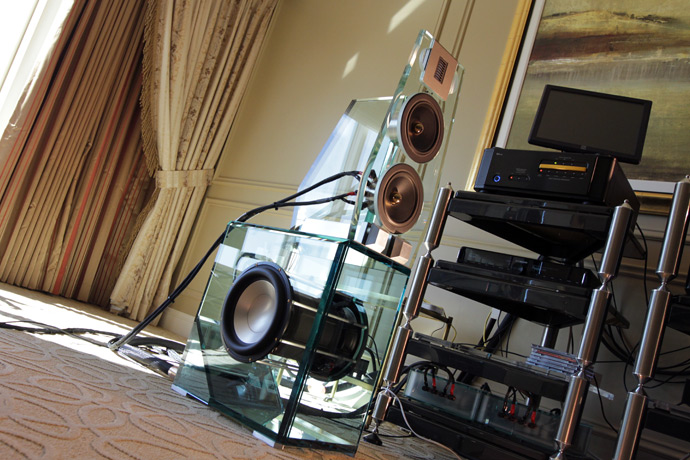 I listened to the Point MkII, not just from in front, but from behind as well where they had a listening chair to experience the dipole effect. The sound was pleasant, but not extraordinary. If pressed to identify one defining attribute of this speaker, I'd say it was the spaciousness of the soundfield it presented -- it's far more spacious than a traditional front-firing speaker. On the other hand, I'd heard pretty much the same thing from other dipole and bipole designs. The next thing was the clarity, which was very good. But there wasn't much more that I'd label as truly special, so as a result, I pretty much forgot about the speaker the moment I left the room and I even forgot to ask for the price.

Two days later I ran into some attendees who were talking about an astronomically priced speaker whose price they couldn't believe, and it didn't take long for me to realize that they were talking about the Perfect8 Point MkII. How astronomical was the price they were referring to? Try $115,000 for the pair! I stood stunned and slack-jawed thinking that, if anything, the speaker I saw and heard should be between 15 to 25 grand based on other things I experienced here. 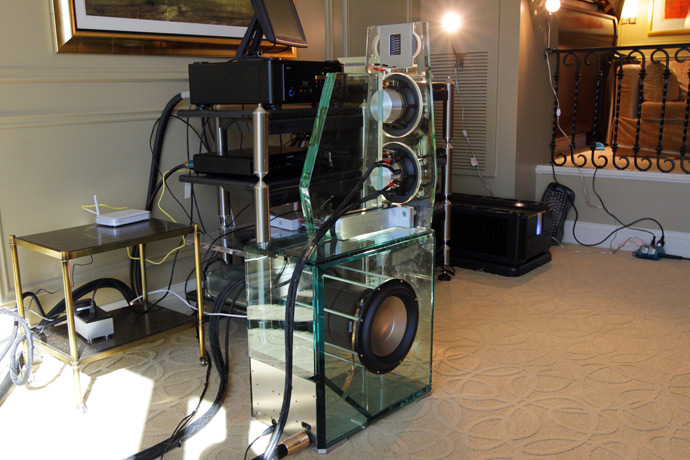 I was so alarmed by the high price that the next day I marched straight to the Perfect8 room and closely examined the Point MkII to see how in the world it could cost that much. I didn't learn anything new. In fact, when I found out the class-D amps were Hypex modules I was even more disappointed -- they aren't expensive at all. So I listened to the Point MkIIs again and encountered the same pleasing sound, the impressive sense of spaciousness, and the admirable clarity. But I still couldn't help thinking, That's what $115,000 gets you?

I wasn't going to try to guess how they came up with this price, but when I expressed my surprise to a representative in the room, he quickly replied, "It's cheap." Was he joking? It didn't seem so. When I raised my eyebrows in disbelief, he proceeded to tell me that the Point Mk.II is $15,000 cheaper than it was the previous year (presumably the original model) and that their top-of-the-line speaker was three times the price. That's what makes it cheap? I was thankful that their top-of-the-line speaker doesn't cost half-a-million dollars or the Point MkII might be upwards of 200 grand if that's their rationale.

Of all the questionable products I saw this year, this is the one that left a very bad taste in my mouth, not because it was all that bad sounding -- as I pointed out, the speaker sounded generally good with some aspects of performance that were impressive -- but because of the price, which I can't consider to be anything but a total joke given the materials used, build quality presented, and sound that certainly doesn't approach the state of the art. But probably the worst thing was the flippant response as well as the rationale used when I questioned what seems to be, at least from my perspective, a way over-inflated price. Remember the old saying: buyer beware.