Zellaton: From Munich to Montreal, By Way of Manhattan

Raise your hand if you've heard of Zellaton speakers. I don't see many hands out there. That's OK -- I hadn't heard of them either, but I should have. The genesis of Zellaton speakers lies way back in 1930, when Emil Podzus patented a speaker cone made from foam solidified on a substrate and coated with a very thin film layer. Podzus also pioneered the use of differing speaker diameters for reproducing specific frequency ranges.

Fast forward 82 years: today Podzus's grandson and business partners continue to use his grandfather's original designs and that original cone configuration in the Zellaton line of speakers, which are handmade in Munich, Germany. 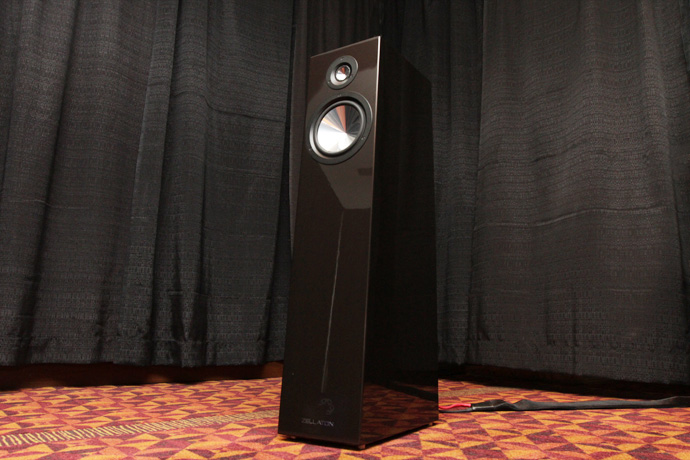 We came across the Zellaton room, where Gideon Schwartz of Audioarts, the North American distributor, was displaying the Emotion model, which retails for a sizable $24,750 USD per pair and is the smallest model in the Zellaton lineup. To say that the Emotion is physically beautiful is an extreme understatement. The speakers in the Zellaton room were finished in a rich brown lacquer -- the same paint used on Audi's R8 sports car. If you're a prospective buyer, nip on over to Audi's website and choose any RS8 color, and Zellaton can have your speakers painted to match your car. The lacquer work is astonishing. There's not a single ripple or flaw in the finish. The cabinet itself is made from MDF and concrete, the speaker breathes through an open-back baffle, and the binding posts are to die for. 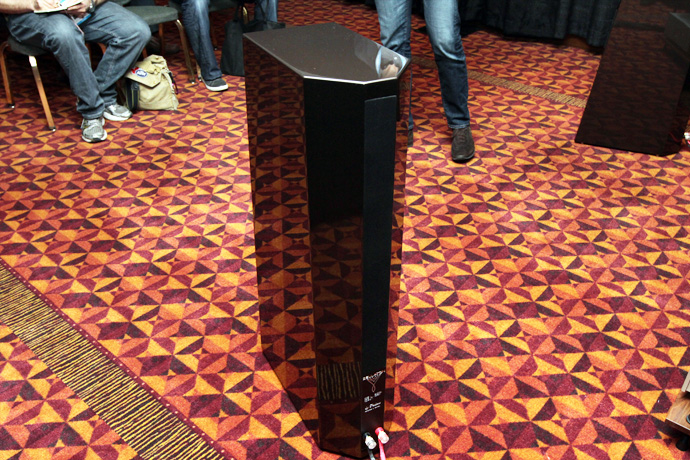 The Emotions sounded unbelievably open, crisp and detailed, but the kicker was the utter lack of any grain or glare. Top that off with a healthy serving of transient quickness (which Schwartz says is a hallmark of the light, stiff Zellaton driver) and you've got a very revealing speaker that should manage to avoid inducing any listening fatigue. 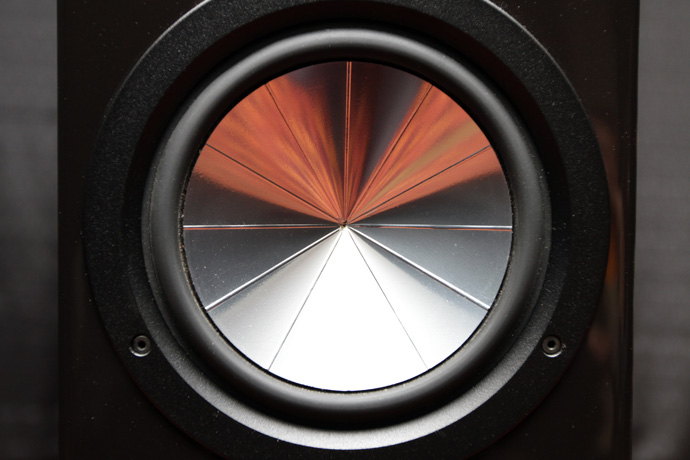 It's a long road from Munich to Montreal. Especially for an extremely expensive speaker. Canada can be a fairly hard sell for luxury goods that appear seemingly out of nowhere -- our population is around 10% of that of the United States, and our geographical area is significantly larger. We're spread out, so dealers outside of the two or three largest cities typically have access to a fairly small client base. But Zellaton is steeped in history and their speakers are built with heroic attention to detail, and Schwartz is on the lookout for a few dealers who can understand the brand and work with the opportunities and responsibilities that come with it. Schwartz is also working on a new Manhattan boutique that will showcase Zellaton speakers in the manner that the brand deserves. Can such a concept also work in Canada? We shall see.