The breakneck pace of show coverage is anathema to the goals of high-end audio. We assemble a stereo system to -- presumably -- create an environment where we can relax and enjoy a musical performance in the comfort of our own homes.

But while assembling show coverage we scamper from room to room and badger the occupants with our perennial question: "You got anything new?" If the proprietors answer in the negative, we rudely exit the premises and move on to the next room. Should they say, Why yes, we have a new product, we descend on them like locusts and devour every scrap of information that we can glean, and so put together show coverage for you, our dear readers.

It's busy, tiring, and stressful, but strangely rewarding. 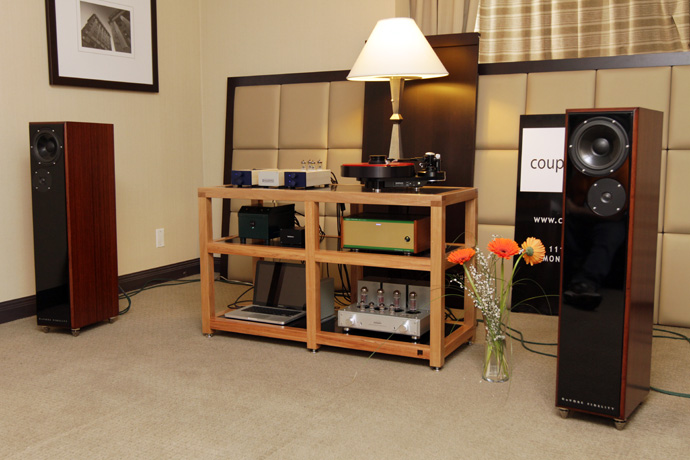 Over the last few years I've burst into the DeVore Fidelity room (hosted by local retailer Coup De Foudre) like a man possessed, asked my question and got my information, and sat down for a quick listen. Three or four songs later I'm still there, the stress knot between my shoulder blades loosened and time slowed to a crawl.

This room drew me in and calmed me down. Part of the reason, I'm sure, is that John DeVore is always spinning vinyl and running a system that's filthy with tubes. John's also a fun guy to chat with, easygoing and Zen-like. 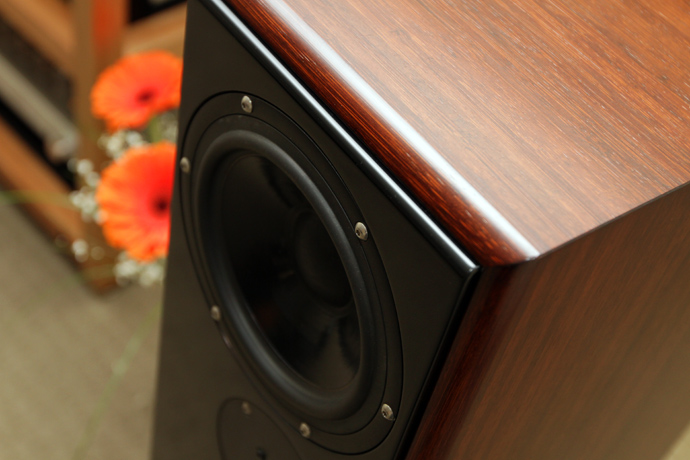 But his speakers are the root cause. Replacing the Gibbon Super 8, the new $5000 USD-per-pair Gibbon 88 (in its first appearance as a production model) is still an unassuming floorstander. It's a well-finished and elegantly proportioned cabinet that's rocking a 7" woofer and the requisite 1" tweeter. According to DeVore, the Gibbon 88 is a complete redesign, and the woofer features a chunkier magnet with a longer throw.

My sonic memory isn't reliable enough for me to contrast the Gibbon Super 8 (which I heard two years ago) with its replacement, but the 88 is one smooooth, satisfying speaker. There's plenty of weight down low, with a rich, detailed bass, and the top end is satin-rich, without a single rough edge. The Gibbon 88 shoots a superb soundstage, with realistic, fleshed-out, full-sized images. I could listen to these speakers all day. 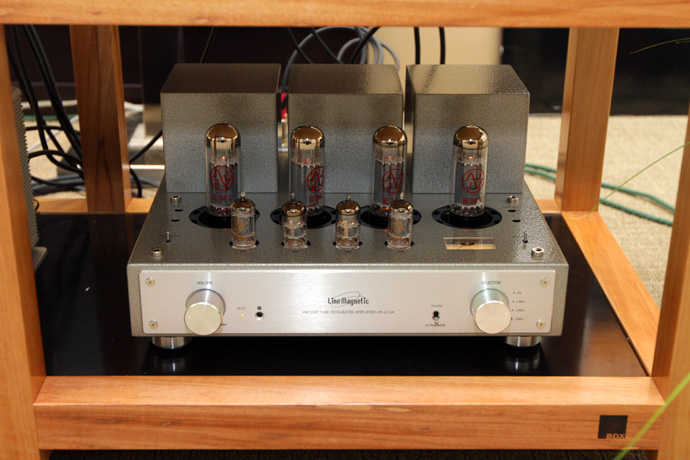 The supporting infrastructure was most interesting. DeVore has shown with some of the same components in the past -- the Brinkmann Bardo turntable tipped with an EMT TSD 15 Cartridge was connected to a Leben RS-30EQ phono stage. The LM Audio 211IA integrated amplifier looked beautiful and sounded great, and it retails for a most reasonable $1650 CAD.

It's Saturday morning as I write this, and I'm steeling myself for another day of breakneck-paced show coverage. I'm going to see if I can take a break this afternoon and have my lunch delivered to the DeVore room.