No one actually wants big amplifiers and preamplifiers on tall equipment racks. Nor, perhaps especially, conspicuous cables. They're just necessary. But do they have to be? 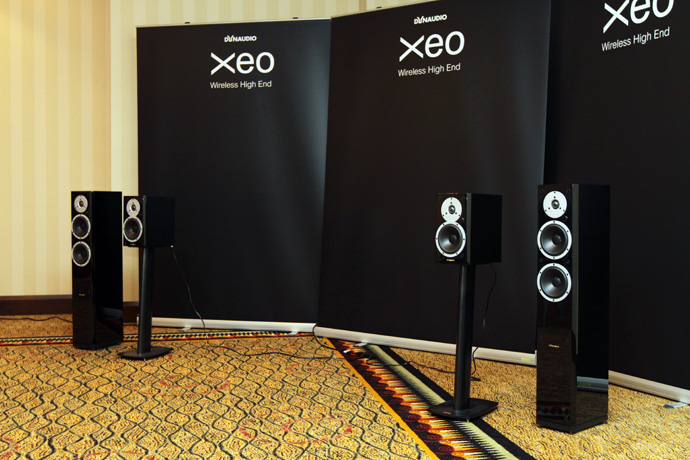 Dynaudio contends that you can have a wireless high-fidelity speaker without pissing off your significant other, while simultaneously making the task of vacuuming less burdensome. Divorced from everything but a power outlet, the Xeo 3 bookshelf ($2300 USD per pair) and Xeo 5 floorstanding ($4500 USD per pair) loudspeakers are a refreshingly unassuming take on convenient sound. 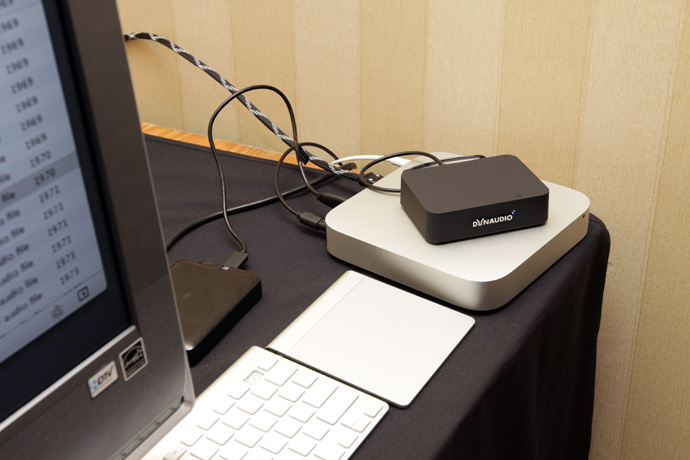 With 100W of power, divvied 50W/50W between woofer and tweeter, the little Xeo 3s sounded delicious while being fed 16/44.1 AIFF files, with a soundstage as deep and transparent as you like. Mike Manousselis of Dynaudio USA explained that the amplification used is new for the Xeos, and distinct from that used in Dynaudio's other active monitors. 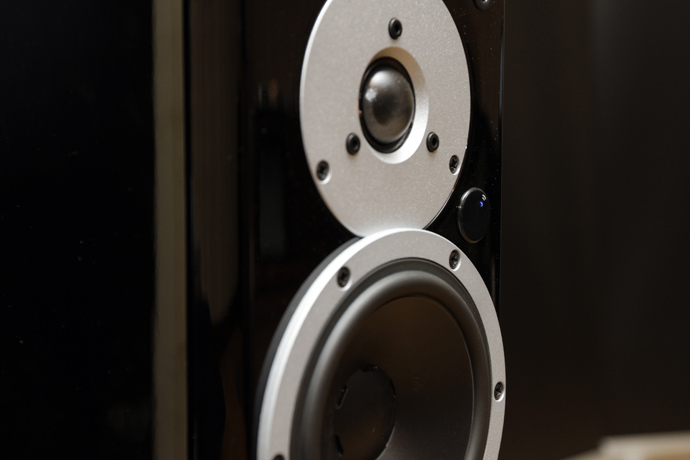 Honestly, I couldn't care less. The convenience afforded by the Xeos renders much of the traditional audiophile vernacular moot. You could plug in an existing hi-fi system to the Transmitter, DAC and all, with an optical cable, or maybe an iPhone via the stereo minijack. How about streaming from an iPad on your couch to an Airport Express? Really, the choice is yours.

The real achievement of the Xeos is not their convenience, nor is it that they sound as compelling as some of Dynaudio's passive speaker offerings; it's that they don't sound like garbage. A hotel showroom doesn't permit the opportunity for an extended listening session, so transient veracity will have to suffice: wireless hi-fi is here, and it's very promising.