Digital-to-analog conversion has come a heck of a long way in a couple of years, and while today's offerings, from affordable on up to the cutting edge, are very, very good, the performance envelope continues to be pushed. MSB Technology and dCS are two of the oldest and most respected names in the digital business, and both brought some rather interesting new products to Munich this year. 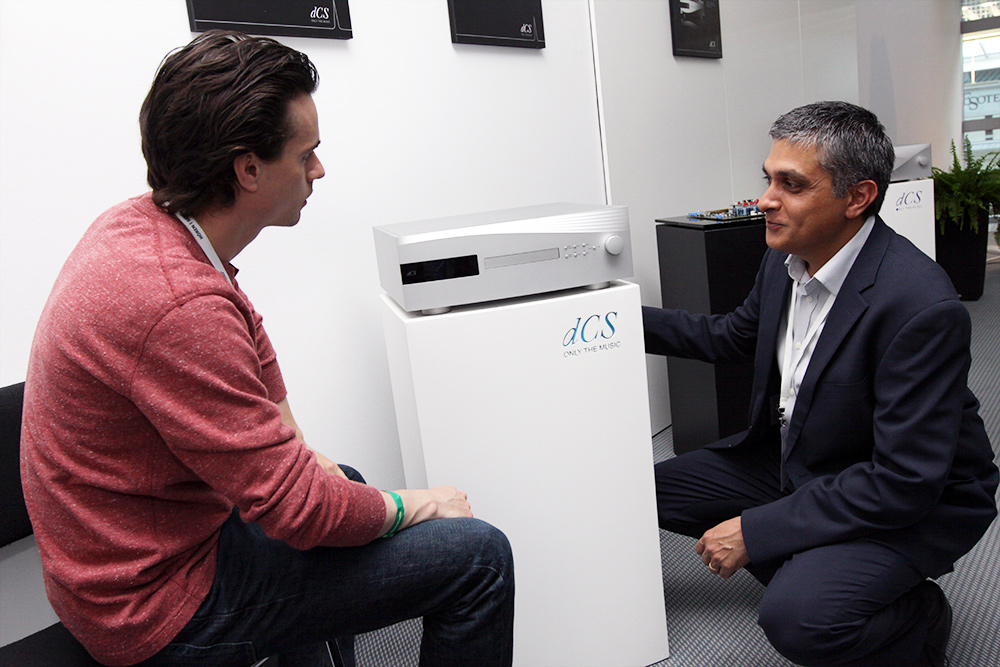 The four-box, $100,000+ Vivaldi system from dCS continues to be one of, if not the, most comprehensive assaults on state-of-the-art digital performance to date. With its new Rossini £15,000 DAC and £18,000 Player, dCS is replacing the Puccini models in its range of electronics and bringing Vivaldi's advancements to a more affordable price point. As with any dCS product, Rossini's casework is conservative, with a simple flourish expanding from left to right on the front panel. The only difference between the two models is the Player models' addition of a high-quality Compact Disc transport (note that SACD is not supported). 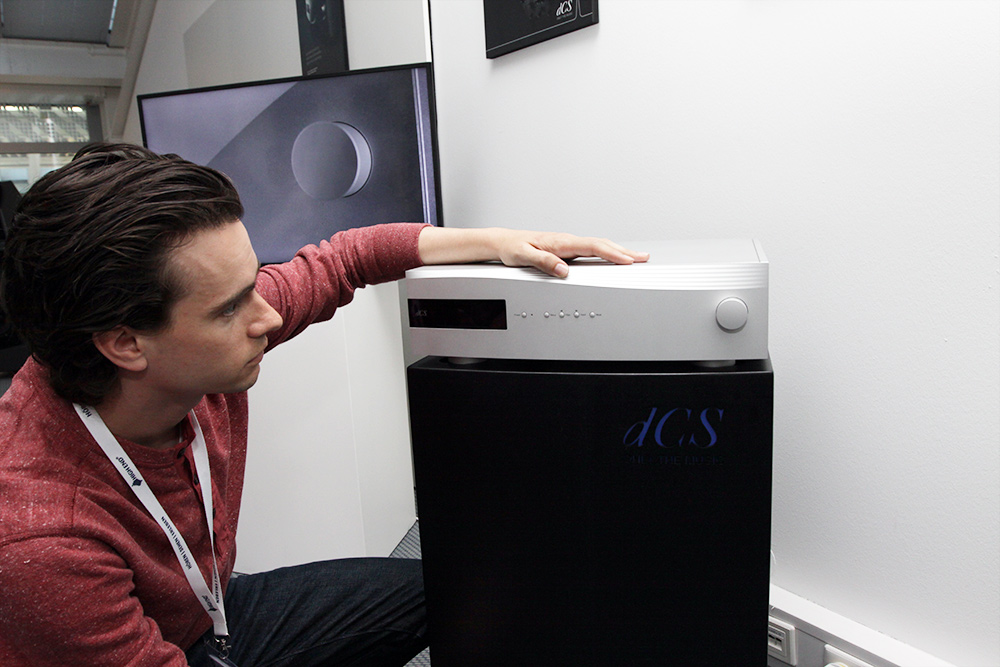 The products are deeply flexible, as they're able to stream music from NAS drives as well as streaming services such as Tidal, Spotify, and Deezer. Inputs include the standard fare of USB, AES/EBU, and S/PDIF, as well as Ethernet and Apple's AirPlay. The company has integrated its vaunted "Ring DAC" into the new workhorses of its line, while also introducing the latest generation of its digital-playback system. A variety of DSP filters are offered, and support for all resolutions up to 24-bit/384kHz and DSD128, as well as DSD in DoP format, is built in. The power supply is multi-stage, with a separate transformer dedicated to the analog and digital circuitry. With a digital volume control for use as a digital preamp, easily updateable firmware, and a bespoke control app, the Rossini DAC and Player models offer a taste of Vivaldi for a far more palatable hit on your wallet. There is no shortage of digital front ends out there, but cost-no-object, this is what I'd probably buy for myself.

MSB Technology has brought something quite a bit different to the Munich Order Center. The company is one of a select few that eschews the ubiquitous delta-sigma oversampling architecture in favor of a resistor-ladder configuration. The advantage of MSB's ladder DAC, according to company cofounder Larry Gullman, is that the topology does not require the aggressive filtering that a typical delta-sigma DAC does. The company's new flagship, the Select DAC, retails for $89,950, and is one of the most unique digital products I've ever seen. 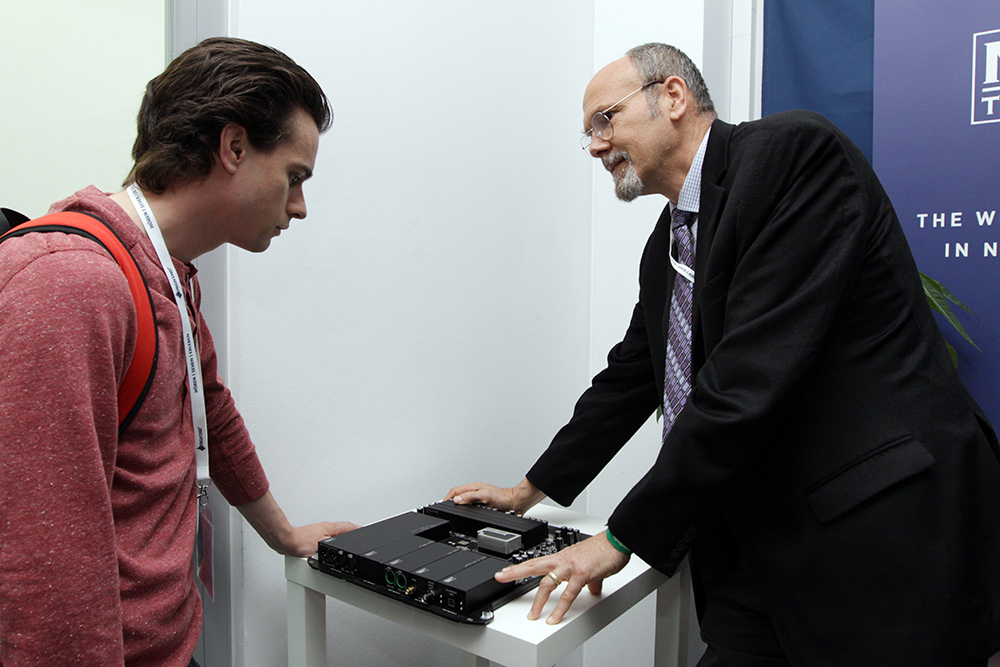 The two-chassis design is milled from solid billets of aluminum in MSB's shop, with the DAC itself resting on a matching Power Base power supply. Far from simply a pretty piece of aluminum with a generic, off-the-shelf DAC chipset shoved into it, the Select uses eight of MSB's own Hybrid two-channel DACs in a user-replaceable setup. Each of the Select's inputs, including USB, optical, and coaxial, as well as the Select's XLR analog outputs, is modular in nature. So, too, is MSB's Galaxy Femto 77 clock, which has less than 77 femtoseconds of jitter. An optional Femto 33 (predictably, offering less than 33 femtoseconds of jitter) is also available and easily replaceable. The flagship MSB DAC can support pretty much any existing digital format, and it decodes PCM and DSD natively -- no conversions one way or the other like so many DACs do. So if it's not future-proof, it will certainly stay up-to-date longer than most anything else on the market. Finally, perhaps the most interesting aspect of the Select is its direct-coupled output stage, which has enough current to directly drive a pair of headphones, modulated by the built-in digital volume control. 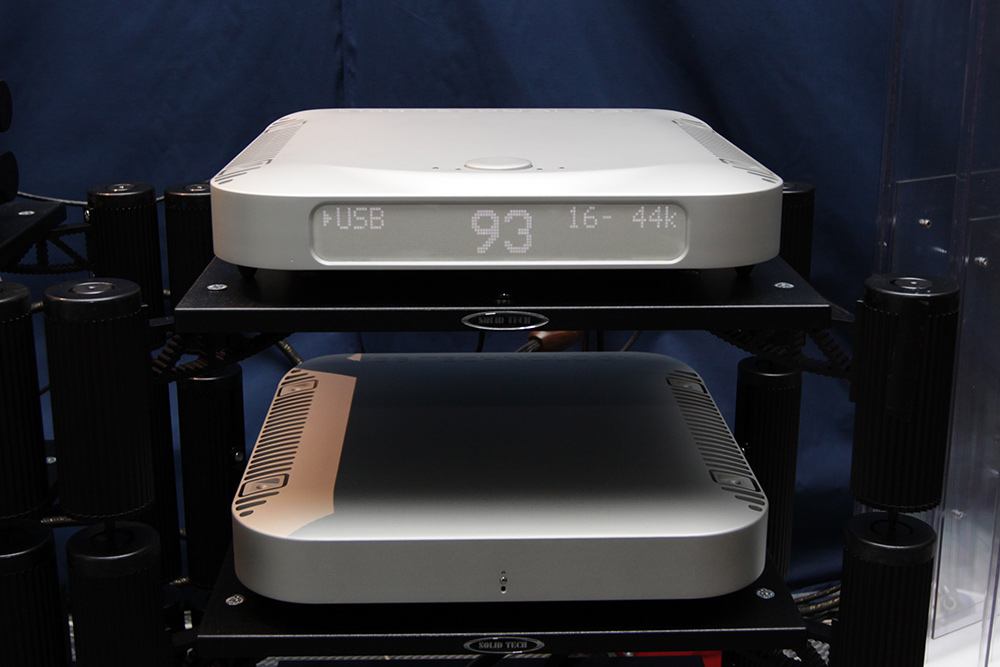 The Select comes with a ten-year warranty and a guarantee whereby any and all future upgrades will be performed by MSB for the retail cost of the individual components. With a stylish appearance, simple interface, and high-quality display, the Select will be relevant long into the future.

Cutting-edge digital-to-analog conversion continues to chip away at achieving that analog liquidity that many of us strive for in our own systems, and it sounds like dCS and MSB Technology are, if not already there, within a stone's throw of achieving that.