Munich's High End show is the sandbox in the playground of some extraordinarily expensive audio gear, with €50,000+ electronics pretty common fare. Correlating price with performance is a dangerous game. It's therefore refreshing to see reasonably priced integrated solutions from companies with sterling reputations.

I was a little depressed to hear from the folks at Hegel Music Systems that their flagship H300 integrated amplifier-DAC -- which has served as my reference amp for the past several years -- has been replaced by the new €4900 H360. If anyone's looking for an H300 in fabulous condition, I'll offer you a good deal on it once I get back to the States . . . 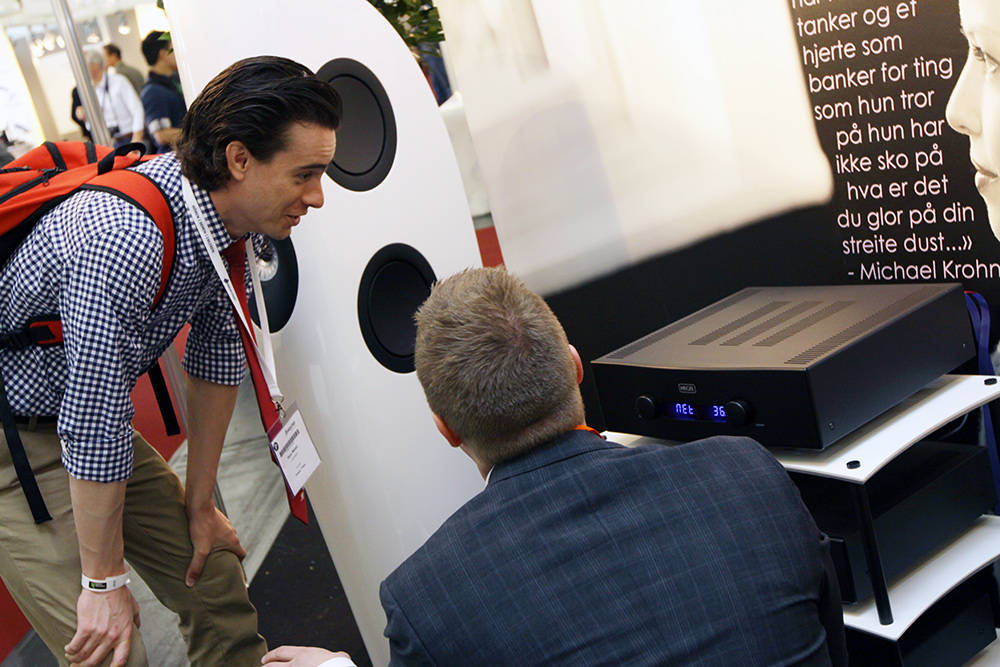 The H360 uses a second generation of Hegel's SoundEngine technology to increase the amp's damping factor by a multiple of four, to over 4000. New output transistors are sourced from the ones used in Hegel's flagship H30 amplifier, while also using a new preamplifier based on the topology found in the company's P20 preamplifier. The DAC section is also completely new, using a DSD64- and DSD128-compatible AKM4490 DAC chip and featuring one USB, one coaxial, and three optical digital inputs; one network connection; and Apple AirPlay and DLNA compatibility. Even the power supply earned significant attention, with the main transformer providing 50 percent more additional current than the old one, and a supplemental transformer dedicated to the preamp-DAC has allowed for greatly reduced noise, and, in turn, distortion figures that have been pushed much further down. Power output remains identical to the H300 that it replaces, measuring in at 250Wpc into 8 ohms, with 430Wpc claimed for a 4-ohm load. Expect the cleanly conservative Norwegian amp to start shipping in the second half of the year.

Octave Audio revealed its newest integrated amp here in Munich, the €9250 V 80 SE. The beautifully finished amp possesses excellent craftsmanship, with high-quality metalwork, and a foursome of KT150 vacuum tubes. The usual balanced and unbalanced inputs are present, as are preamp and record outputs and a headphone jack with a discrete amp. 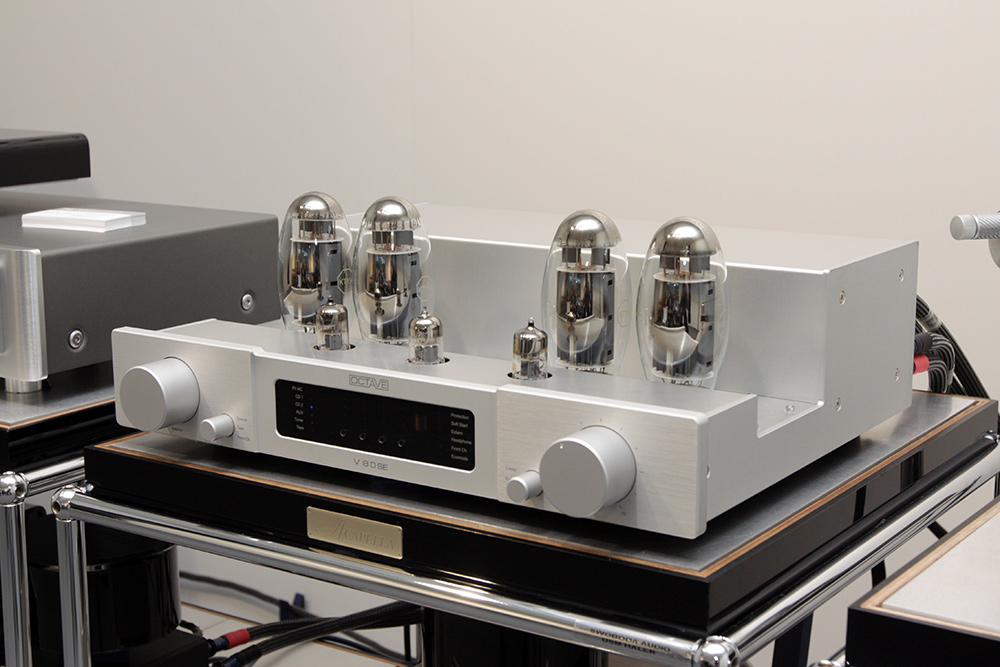 What impressed me most about the V 80 SE was its maturity -- from the polish of the aluminum paneling to the exposed bolts that bring the chassis together and the subtle design cues that give the amp a modern flair, the V 80 SE just looks cool. Backed up by Octave's proprietary Power Management and Ecomode technologies, the V 80 SE is also more sophisticated than the run-of-the-mill tube-based product, and is handmade here in Germany. Including the optional €590 phono MM/MC board, the V 80 SE may be the perfect analog rig for under €10,000.

Finally, T+A demoed two new integrated amps, the most impressive of which to me was the €6000 PA 2500 R. Generating 140Wpc into an 8-ohm load, or 280Wpc into 4 ohms, the 32-pound amp is finished in a beautiful anodized aluminum (available in either a silver or black finish), and its fit and finish were just lovely. Multiple oversized sets of binding posts are out back, along with a raft of analog inputs and outputs of both the balanced and unbalanced variety. With THD measuring in at less than 0.02 percent, adjustable tone controls -- a rarity -- a dedicated headphone input, and a big, easy-to-read digital readout, I thought the new T+A integrated had a lot to offer. 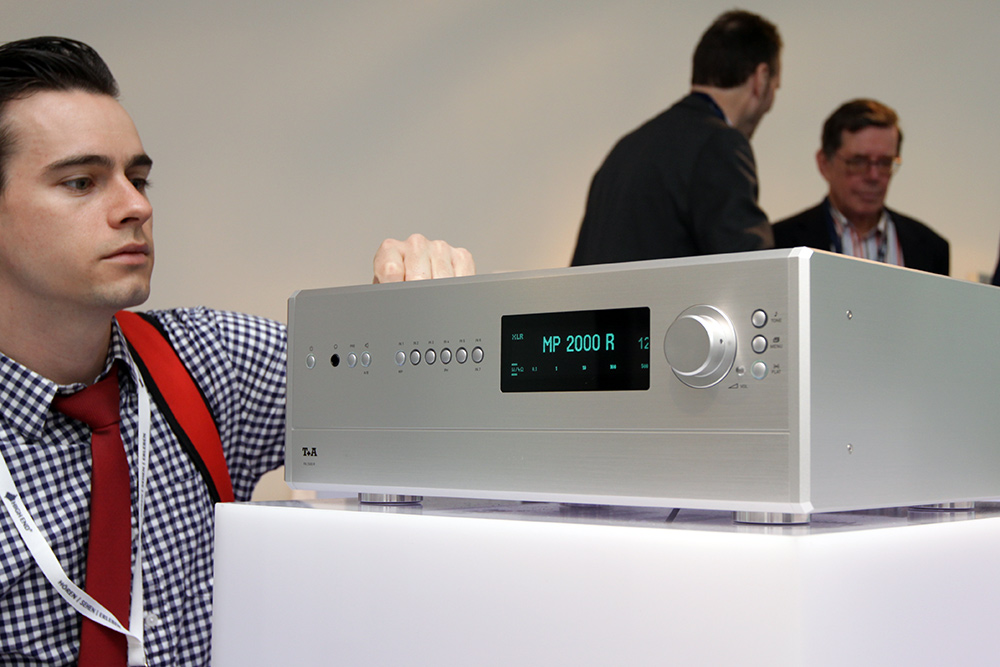 These were hardly the only integrated amplifiers that I saw today, with the arrangement popping up in many forms and at a wide variety of price points. It seems that many consumers are clamoring for unified electronic solutions, and with affordable -- and high-quality -- offerings like these, it's easy to see why. I'm loving the ever-evolving high-end landscape.