Rega: the Art of the Turntable

I arrived on Thursday night at the Hilton Bonaventure in Montreal, and it didn't take long for my partner, Marcia, and I to mosey down to the lobby bar for a beer. We settled down into our chairs and ordered, and as the buzz and disorientation from the five-hour drive wore off, I looked around at our surroundings.

An extremely homogeneous crowd populated the bar. I was immediately aware that I -- at 50 years of age -- represented the younger end of the middle-aged, white, male demographic. It's always like this at hi-fi shows, I reasoned, as I pointed out my little census to Marcia. Stereo stuff is for older white males in much the same way as golf is their default sport. How long can this possibly last? I hear this question asked repeatedly, but if you think about it, hi-fi is pretty much self-perpetuating, as there will always be more older white males, right? Maybe not as many, but the entire population ages, so generally there's going to be new (old?) blood coming in to replace those who die off.

But hi-fi isn't growing. For that it needs some way to drag in new blood, and there's not much at these shows that would draw in a bunch of 20-year-olds.

The next morning I attended a breakfast hosted by Rega, who promised they would have something special for us to see. When I received their invitation, I was interested, but I stifled an internal yawn. A new 'table, I guessed? Perhaps another variation on their ubiquitous toneam? 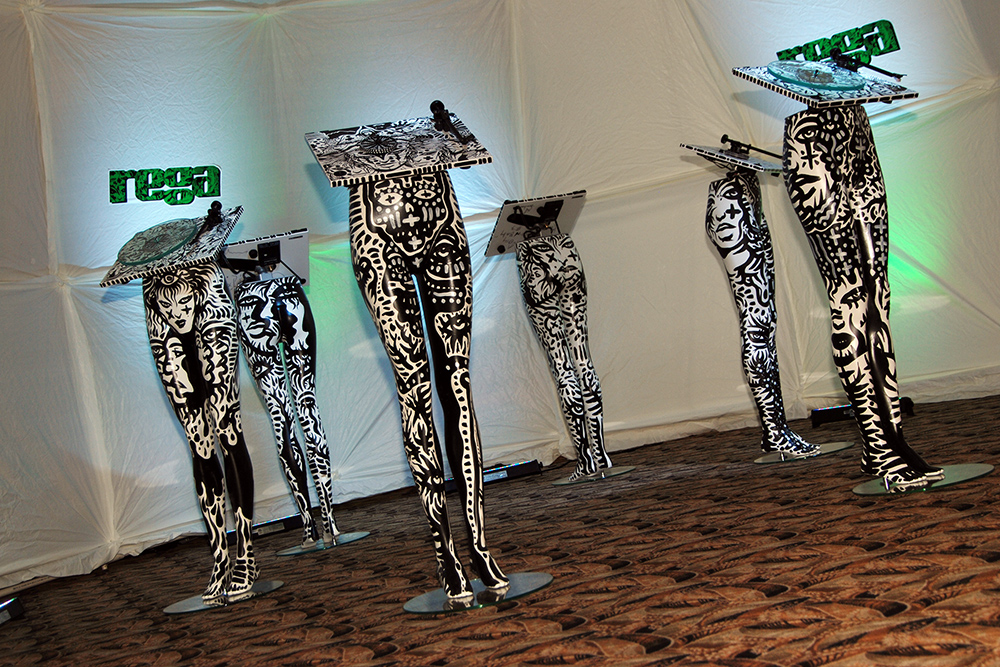 When I walked into their room, I was gobsmacked. It was a why-didn't-someone-think-of-this-before moment. It turned out that Rega had handed off a bunch of their turntables to a local Quebec artist, who had used them as blank canvases for striking black-on-white artwork.

The artist, Zilon, is part of Sodrac, an artist's collective, through which he teamed up with Rega and Plurison. The arrangement dictates that Plurison and Rega will produce 100 silkscreened copies of Zilon's originals for each of three turntables -- the RP1, RP3, and RP6. The additional cost will be a very manageable 10 percent, which will go back to the artist. 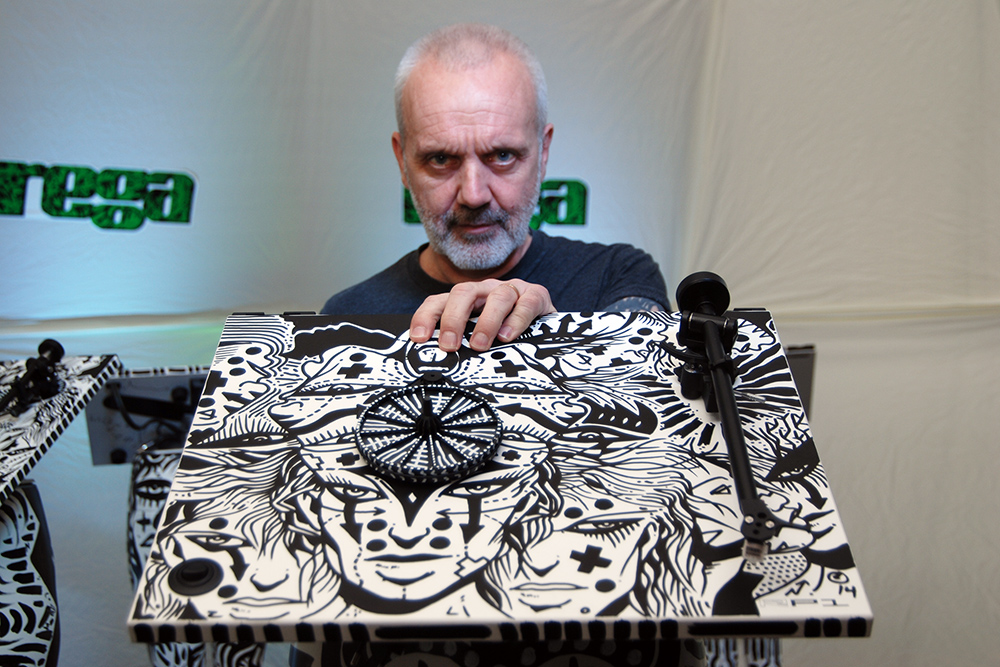 Of the six originals, one will go to the owner of Rega, another will be auctioned off for charity, and the remaining four will be sold to dealers.

Michel Plante, the sales and marketing director at Plurison, said that these turntables were designed to speak to a younger generation, and would function as "artwork on which you can play art." Although no details were available, Plante said that more such editions with other artists would be forthcoming.

So this is pure genius. Rega 'tables (those at the lower end, anyway) tend toward the plain, utilitarian ideal, and as such they make a fantastic blank canvas. Now Rega just has to figure out how to make a transparent (or at least translucent) platter mat, as there's no way you'd want to obscure that striking artwork. 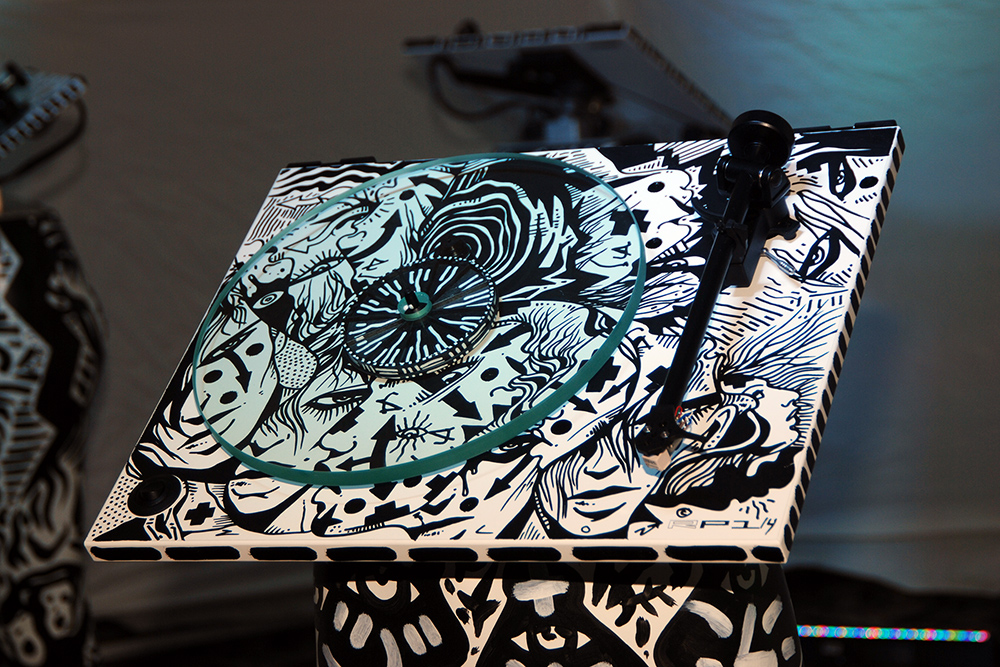 What's next? Why doesn't one of the larger speaker manufacturers do something like this? A company like Paradigm could supply unfinished speakers for blank canvases to Toronto artists in Canada, Bowers & Wilkins could work with English artists, and Focal could sponsor French artists. Rich hipsters could collect them all! That last bit might come across as a touch flippant, but really, it's all about generating interest. It's an everybody-wins scenario. The unfinished speakers would cost less to build, and the artists gain exposure and income. The consumers get the opportunity to purchase one-of-a-kind products, and a spark of ingenuity and culture enters what was heretofore a stuffy, somewhat sterile hobby.