Cambridge Audio Introduces a New Line and Changes Its Name . . . Sort Of

I've always had a soft spot for companies that sell high-quality audio equipment at reasonable prices -- companies like Cambridge Audio, NAD, and Arcam, for example. I learned, however, that the venerable British company Cambridge Audio will be rebranding some of its products as simply Cambridge, and not Cambridge Audio. I like that: it's straightforward with nothing superfluous, kind of like its products. Normally something like a simple name change wouldn't grab my attention, but when I walked into the company's exhibit room, something else looked a little different as well. After looking closer and speaking with one of the reps, I learned that the company was releasing an entire new line of electronics initially consisting of six components.

The new line is called the CX series, and it's described as the "cutting edge in digital audio." Consisting of two integrated amplifiers, two A/V receivers, a network music player, and a CD transport, it is an impressive suite of products for an entirely new line, with most models selling for under $1000. I like that as well . . . a lot. The products feature what Cambridge describes as a "floating aesthetic," with large central displays for some of the components and a tasteful matte-black finish. 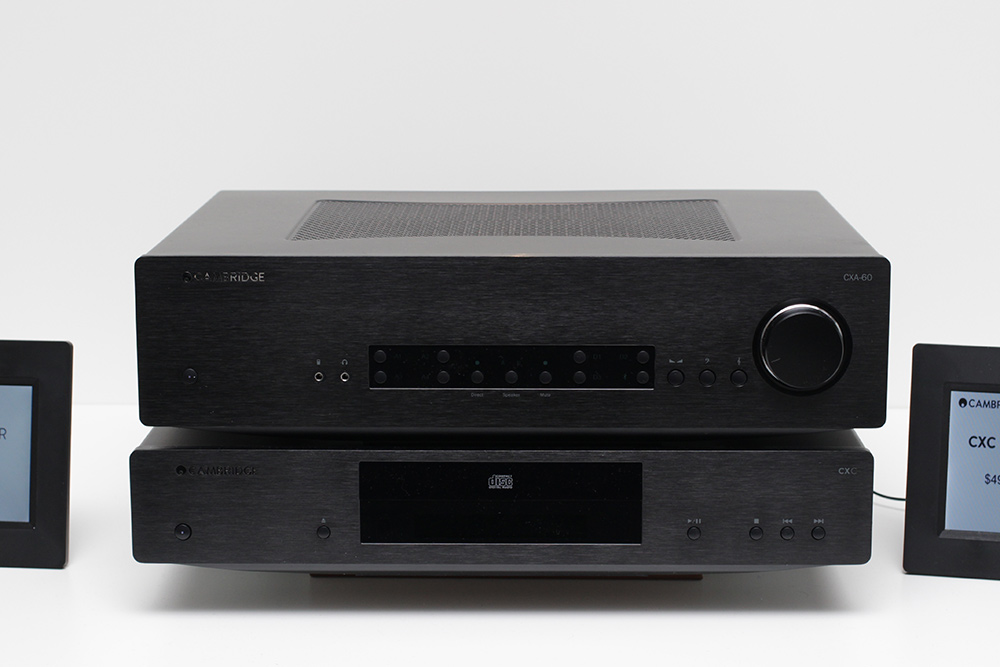 The most appealing products for audiophiles on a budget will be the CXA60 and CXA80 integrated amplifiers, rated to provide 60Wpc and 80Wpc, respectively, into 8 ohms. These new integrateds also feature built-in DACs based on Cambridge's excellent DacMagic range, and they use Wolfson WM8740 DAC chipsets. The D-to-A conversion is the same in both models, but the CXA80 adds an asynchronous USB input to its TosLink and coax inputs. The CXA60 will sell for $799, and the CX80 for $999. An upsampling network music player called the CXN, also utilizing the Wolfson WM8740 DAC chip, will also be part of the line. It can be controlled with a free app from Cambridge for both Apple and Android devices, and it has a very cool 4.3" color display. The CXN is priced at $999. 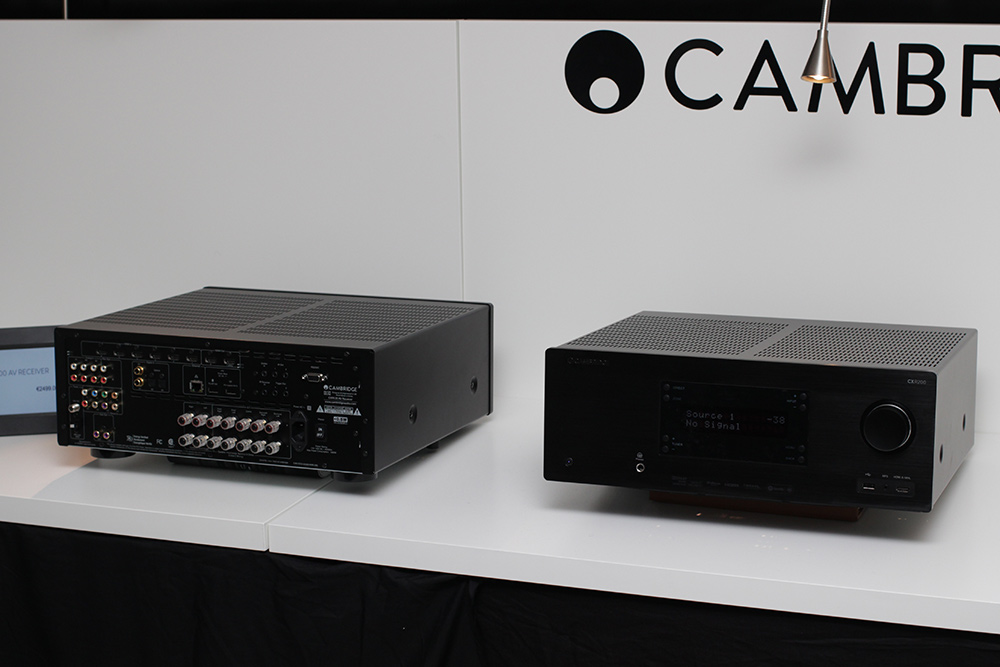 A/V enthusiasts will be impressed by the $1999 CXR120 and $2499 CXR200 receivers. Like their predecessors from Cambridge, these receivers appear to be well built with special attention paid to audio performance. The CXR120 is rated at 100Wpc and the CXR200 at 170Wpc, both figures taken with two channels driven into 8 ohms. Other than the power ratings, the units are nearly identical in feature sets, though the CXR200 is claimed to provide a powerful 120Wpc with all seven channels driven. Both also feature the basic StreamMagic music-streaming module found in the CXN, allowing users to stream music over a Wi-Fi or Ethernet connection. They will also support DSD via the HDMI inputs. 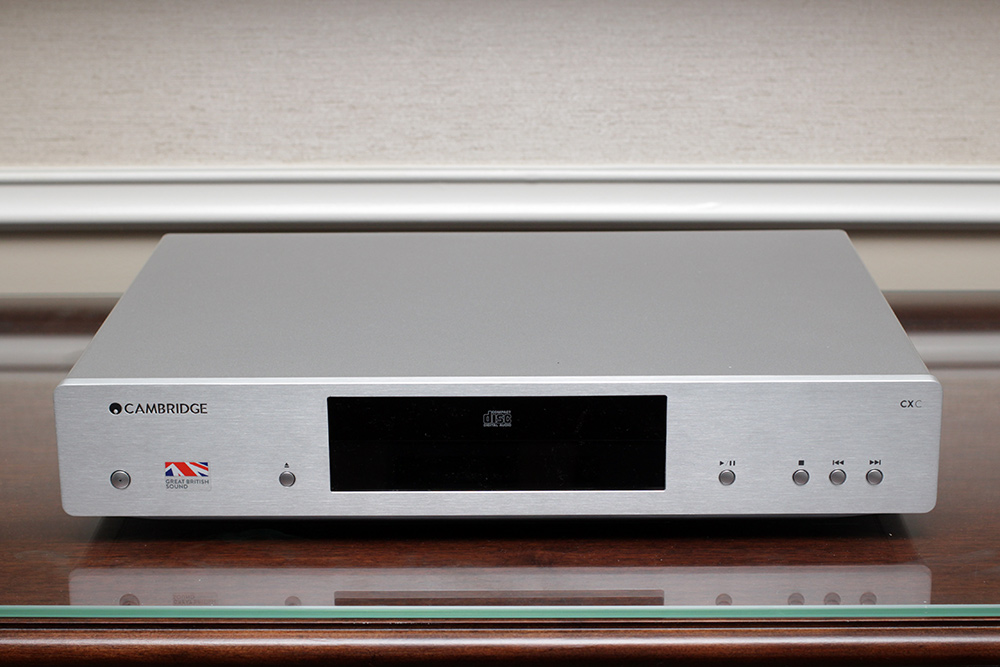 Finally, there is the CXC dedicated CD transport. That's right: CD only. For audio enthusiasts who listen to CDs, there are few choices out there these days for optical transports. A few manufacturers offer expensive Blu-ray player/transports, but for the audiophile on a budget, there aren't many options. The CXC utilizes Cambridge's S3 servo design and is optimized for CD playback with efficient recovery of CD digital data and what the company says is state-of-the-art error correction. The CXC costs an almost ridiculously low $499.

The new CX series from Cambridge looks to provide some high-value, cost-conscious components. The stereo products should be available in March with the surround receivers to follow in April and a yet-to-be-announced Blu-ray player some time in the summer of 2015.