The system: Two Devialet Phantom loudspeakers and a MacBook. That's it. Doug Schneider wrote extensively about the Phantom on this site last month after he visited Devialet's headquarters in France, so I won't rehash all of that here. 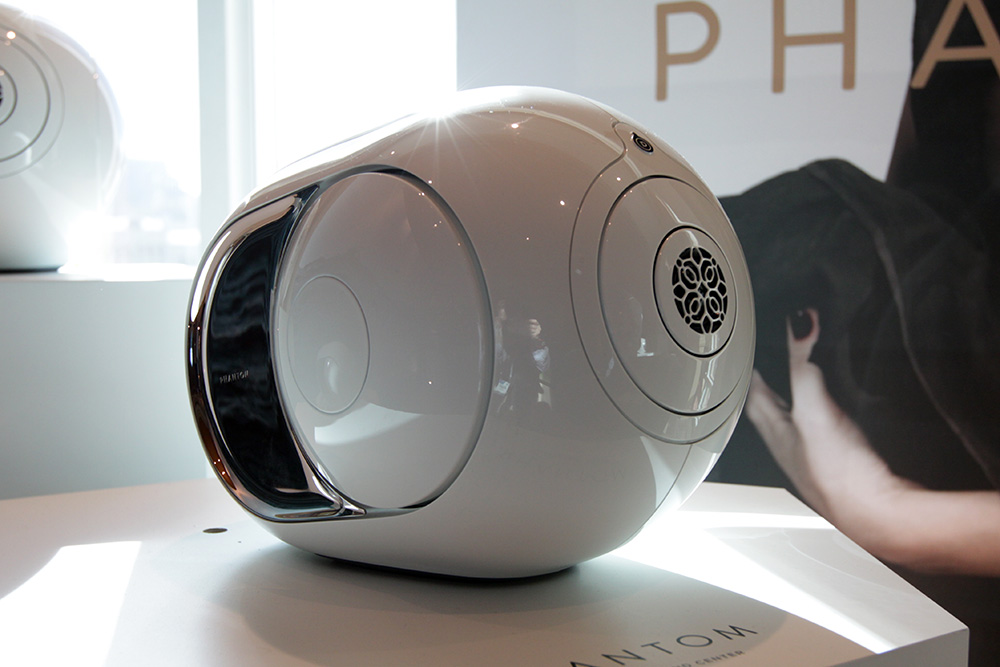 The sound: The Devialet Phantom ($1990 each) is simply the biggest small sound system in the world. By that I mean that what comes out of this little guy -- or two of them in stereo -- is in no way represented by the physical size of the speaker itself. What first struck me upon listening to the Phantom was its immediate and full sound. Music was coherent -- as you would expect from its front-firing concentric driver -- and fully resolved. The pair of Phantoms in stereo never became harsh or fatiguing, even at louder-than-expected output levels. What took me by complete surprise was the real concussive bass impact this speaker can deliver. It almost seems a physical impossibility when you experience it. 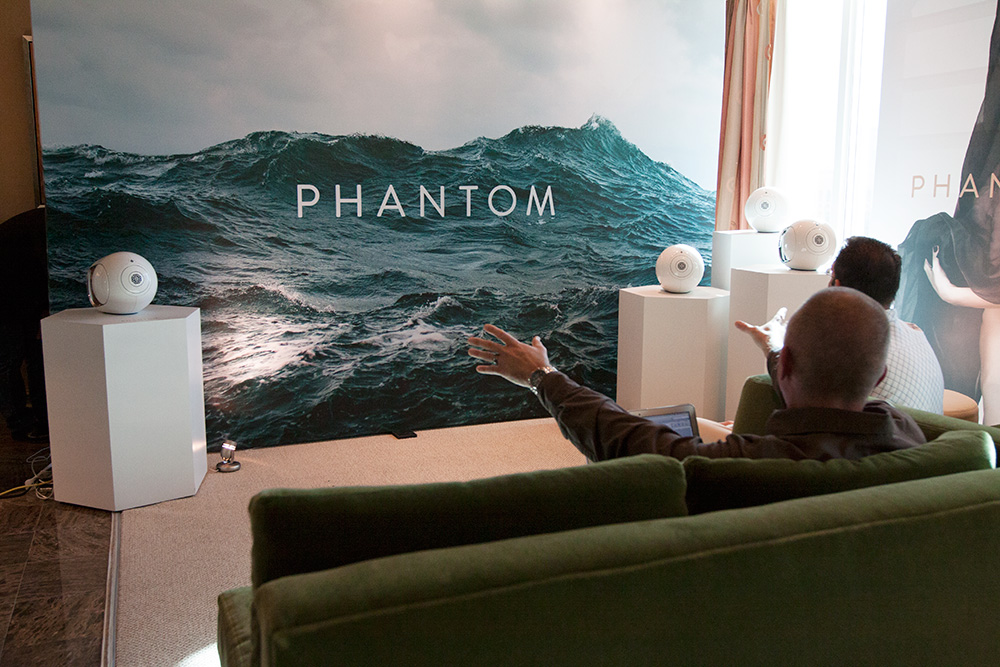 So what people really want to know is, on absolute terms, where does the Phantom fit into the overall high-end audio landscape? I can tell you this: there is simply nothing this size and price that can compete. Hands down, nothing. It is also better than many high-end speakers out there -- bookshelf and floorstanding models -- in terms of neutrality, resolving capability and, yes, bass extension. No, it won't replace your Magicos, but then the company has to have a home for its standalone amplifiers, right?

When considering the price and size, though, the Phantom is a marvel. I attribute the performance squarely to the expert engineering that is evident throughout this product. For instance, the concentric driver that Devialet has developed for the Phantom operates under similar acoustic principles to the KEF Uni-Q, one of the most advanced drivers on the market. These Devialet guys know their stuff. Where Devialet will make inroads with this system is with customers who want sound commensurate with -- or better than -- many high-end systems, but who also want an unobtrusive and elegant solution. It is certainly the best of its kind. No, make that one of a kind.