I hardly intended to write a piece about Magico. The California-based company has received a great deal of exposure on our Ultra Audio website. No, I resolved to profile something high-performance that had heretofore flown under the proverbial radar. Yet as I stopped by the Magico room and took in their newest offering -- the two-way S1 loudspeaker -- I suddenly had no interest in writing about anything else. 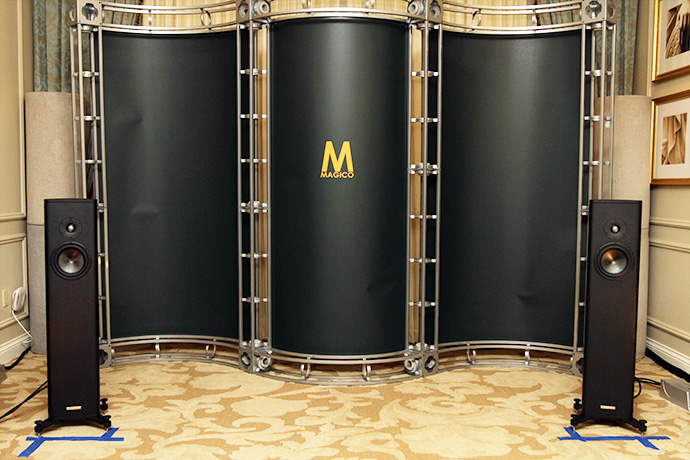 Priced at $12,600/pr., the S1 is Magico's least-expensive loudspeaker, yet it employs the same 1" Be tweeter used to great effect in the significantly larger S5, and marries industrial-grade construction with quite the slender front profile. The 7" Nano-Tec midrange-bass driver, with its dual-neodymium underhung motor system and pure titanium voice coil, allows for low-frequency extension that approaches 30 cycles, which is impressive given the size of the cabinet. The loudspeaker's 3/8"-thick, 12"-diameter extruded all-aluminum cabinet felt supremely dense (read: non-resonant), and it directly contributes to the speaker's 120-pound weight. All of which is well and good. But I had heard Magico's larger Q-series speakers at an audio show in early 2012 and wasn't quite sure what the fuss was about. Maybe it was the recording. Maybe it was the associated equipment, or even a sub-par room. I don't know, but apologies to Magico: I get it.

The S1 sounds sublime. Backed by a rack of hardware from Constellation Audio's Performance Series, the baby Magicos nailed the timbre of everything I heard through them. Male vocals and female vocals had a full-bodied, three-dimensional quality about them that just sounded right. Not crystalline, sparkling, rich, nor any other adjective really captures what I heard the S1s produce. I've heard a few loudspeakers that offer greater outright resolution and perhaps deliver a more transparent listening experience, but tonality through the Magico was just superb. 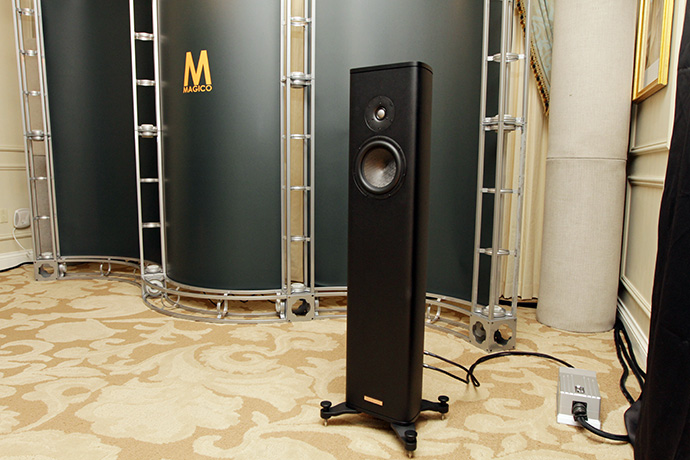 Then came the violin concerto. My notes read simply: "murders violins." Honestly, I don't think I've heard better. It was not just the violins that were rendered to perfection, however. The S1s were quite a long way from the front wall in Magico's room, which certainly helped with the broad and vastly deep soundstage that the American speakers put on display. But even so, the svelte towers were able to place the stringed instruments with precision, both in terms of depth and dimensionality.

Available in a host of colors, and armed with a single pair of binding posts on the curved rear panel, the S1 is hardly an entry-level product. Its appearance is as cool and cultured as its sound, and with a price of $12,600/pr., it has outperformed several speakers here at CES that cost multiples of what the Magico does. I've inquired about a review sample, but it looks like I'm second or third in line. Sigh. One day. Until then, go listen to these things. They're seriously, seriously good.