Earlier in my CES coverage I highlighted the Parasound Halo P5 and Primare Pre32 as examples of a growing trend in the audio industry: the combination of an analog preamp and a digital-to-analog converter (DAC). I came across three more of these evolutionary components, but at considerably higher prices. 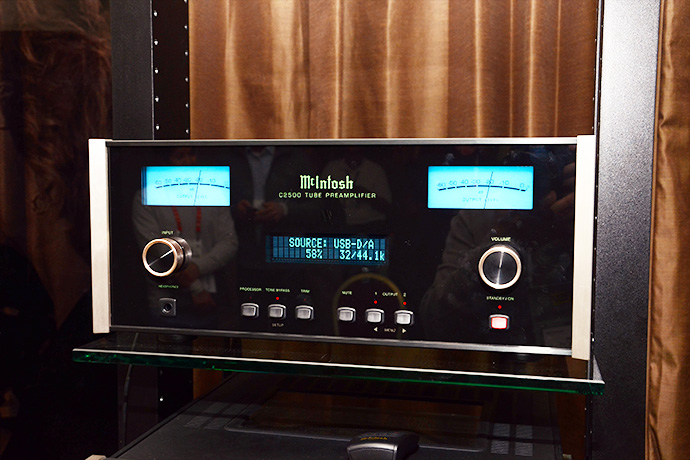 The first is an all-new tubed preamp/DAC from McIntosh that is slated to go on sale in late March of 2013. The C2500, which will replace the current analog-only C2300, is built with an advanced split-chassis design that segregates the control, power supply, and digital sections from the analog audio sections. The unit has a host of analog inputs: six unbalanced, two balanced, and two phono (one moving coil and one moving magnet). There are also five digital inputs: two coax, two optical, and one dedicated 32-bit/192kHz asynchronous USB. The C2500 will also offer an impressive three balanced and three unbalanced outputs, one of which can be used as a home-theater bypass, as well as tone controls that can be assigned to individual sources. 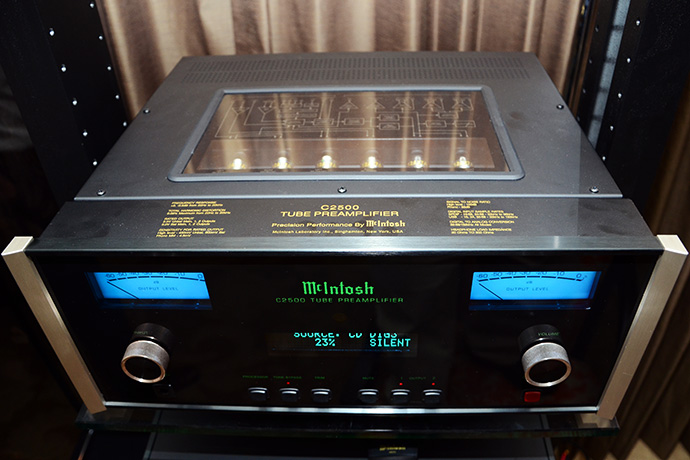 Not dissimilar to the C2300, the C2500 will show all six of its LED-illuminated 12AX7 tubes through a glass panel on the top of the unit. The C2500 will also include a headphone input that takes advantage of McIntosh's latest High Drive headphone amplifier, which is said to work with any headphone from 20 to 600 ohms. Pricing has yet to be announced for the C2500, but it looks like it will be quite an addition to a growing product genre when it's launched later this year. 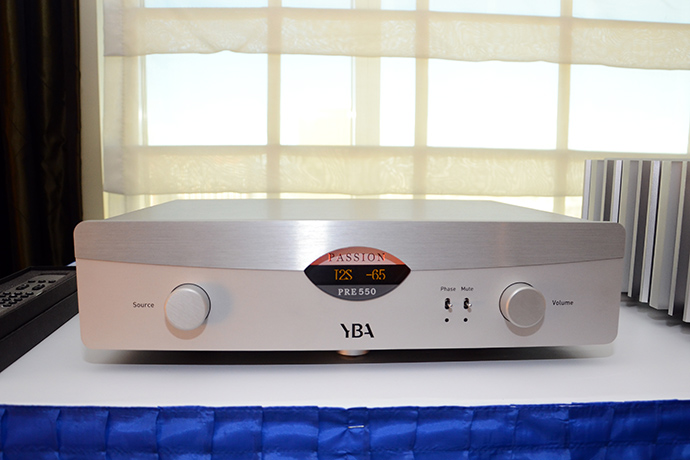 Priced competitively with the McIntosh, YBA's preamp-with-built-in-DAC offering, called the Passion Pre 550, sells for $8000. The Pre 550 is "an analog preamp first with an added DAC section to handle digital bitstreams." Housed in a solid-aluminum chassis, the Pre 550 uses independent linear power supplies for both the analog and digital sections, and switches off the digital circuitry when an analog input is selected. There are three analog inputs: one balanced and two unbalanced. There are also six digital inputs: one RCA, one BNC, one AES/EBU, one TosLink, and two asynchronous 24-bit/192kHz USB. YBA also provides one balanced and two unbalanced analog outputs, as well as a digital coax output, which are all housed on the attractive, high-quality, mirror-finished rear panel. Completing the package is a heavy, high-quality remote made from solid aluminum, which was something that YBA was particularly proud of. The Pre 550 is available now. 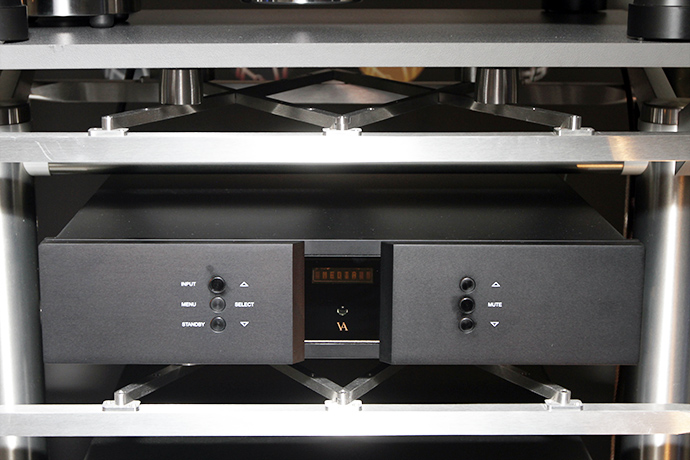 Making its North American debut was a new "preamp and DAC" from Vitus Audio: the RD-100. I say preamp and DAC because when I discussed this product with company founder Hans-Ole Vitus, he specifically mentioned that it should not be called a "preamp-DAC." This is because it's actually two products sharing one chassis. Vitus has essentially taken their SCD-010 CD player from their Signature line, removed the transport, truncated the circuitry, and fit it into roughly two-thirds of a Reference-line chassis. They then added two analog inputs (one single-ended and one balanced), in addition to its six digital inputs (one USB, one TosLink, two coax, and two AES/EBU). All analog signals are kept in the analog domain, and when an analog input is selected, all the digital circuitry is shut down. There is also a new version of the Vitus relay-based volume control. The RD-100 is available now and comes with a lifetime warranty. It is priced at $13,000.