I've been to enough shows around the world in my 17 years of audio reviewing to know this: companies from Europe typically showcase their wares better than companies from most other places. Obviously, there are exceptions, but for the most part I find that the Europeans have great "display taste," often dressing up their rooms and products so that they're exhibited in the most flattering way. Even if they're showing in a hotel room, which is the way it is with CES, they won't just throw their components on the floor or an end table and call it a day -- it must be a display. They'll also take bolder risks with product styling and colors, often going in directions that conservative North American and Japanese companies just won't touch. 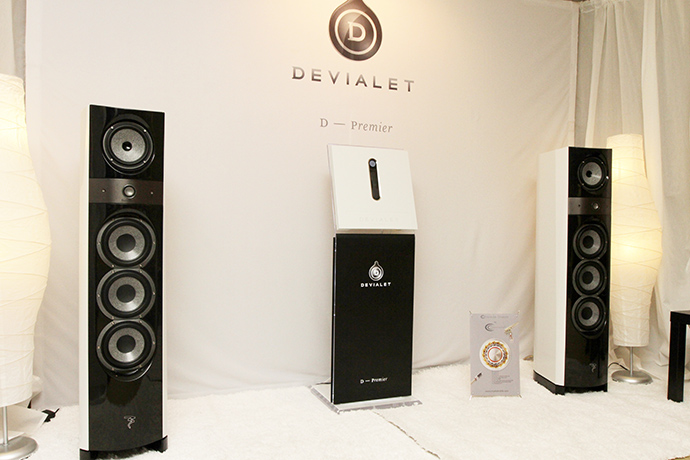 Case in point: the Focal (France), Devialet (France), and Crystal Cable (the Netherlands) room at this year's CES was bright white throughout, making the display seem a bit like hi-fi heaven. The speakers were Focal's Electra 1038 Be's ($13,000/pr.), the amplifier was Devialet's D-Premier ($15,995), and the cables were an assortment from Crystal Cable (various prices). At the front of the chain was an Apple iMac spitting out music files to the all-digital D-Premier. 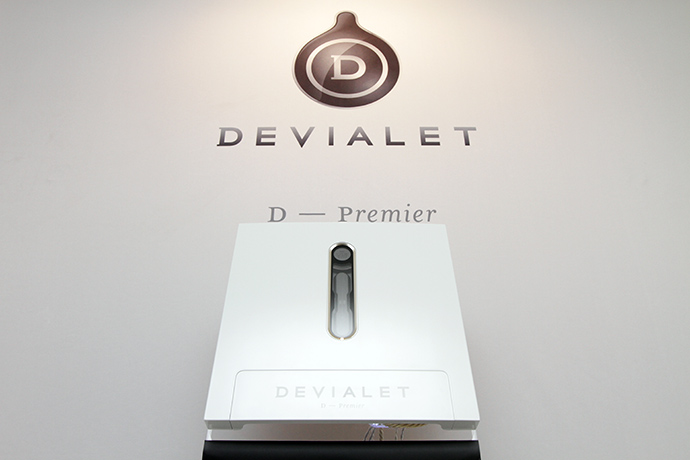 Now, granted, the room was "owned" by Audio Plus Services, the brands' North American distributor, which is headquartered in Montreal, Canada, and they obviously deserve plenty of credit for the way the room looked. But the entire thing definitely had a European feel, not a Canadian one -- I know, because I've lived my whole life in Canada. Frankly, we're typically conservative, if not a touch drab to the point of being boring. This display certainly wasn't any of that.

The system sounded pretty fantastic as well. One track featuring a female singer (I didn't catch the name of the song or artist) sounded so full, vibrant, and real that if someone didn't know a stereo was playing in that end of the room, they'd probably be fooled into thinking there was a real person singing there. You couldn't just hear her sing; you could feel it. Another recording that featured musicians captured in a very large space (again, I missed the name) was rendered with a startling sense of spaciousness and extraordinary detail, readily revealing the kind of resolution these components are capable of. It was top-class sound, through and through. 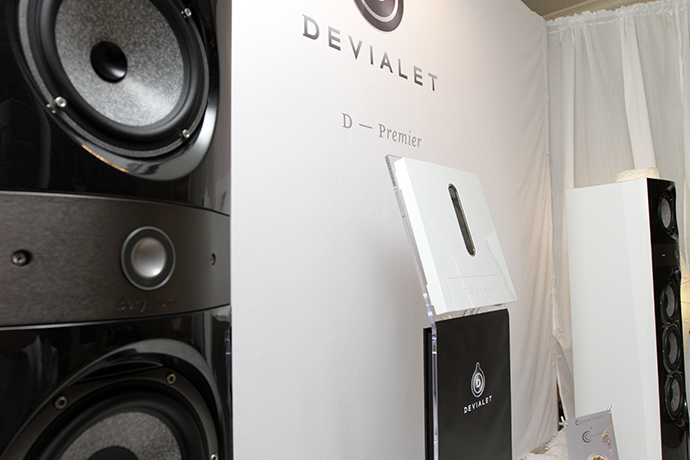 High-end hi-fi is mostly about sound quality, but in the upper reaches it's also about looks. Goods like these definitely enter the "luxury" realm, so they need to look the part and be presented as such. This Focal / Devialet / Crystal Cable setup proved that the two don't have to be mutually exclusive -- it was a system that sounded every bit as good as it looked. Hi-fi heaven -- in more ways than one.