It was a slow, steady descent. I've always loved tubes, but man, oh man, you've got to have deep pockets if you want nice tube stuff, which is why I still campaign my 20-year-old Sonic Frontiers SFL-2 preamp. In order to replace it with something current that performs on the same level, I'd have to sink in five figures. New motorcycle or new tube preamp? Which do you think I'd choose?

Over the last few years I've become peripherally aware that the Chinese have been producing increasingly professional-looking tube gear. The trend started with odd-looking products that never really looked fully finished, but of late the stuff that's coming out of China is looking -- and sounding -- like top-notch gear that can compete on any level with the best products out there.

Last year at the Salon Son & Image show, I spent more time than I could afford listening to DeVore Fidelity speakers being driven by a nifty integrated amp from Line Magnetic -- a company I'd never heard of. Graeme Humphrey of Coup de Foudre, a high-end store here in Montreal, stocks an astonishing array of high-end products, but he reserved his highest praise for this little EL34-based tube integrated. At a buck shy of two grand in Canada, this well-put-together amp looks to be great value. And that's where the trouble started. I browsed Line Magnetic's website and found myself captivated by the huge, Frankensteinian, mainframe-sized tube amps, vertically constructed and moveable via casters. Seriously -- check this stuff out at Tone Imports' website. 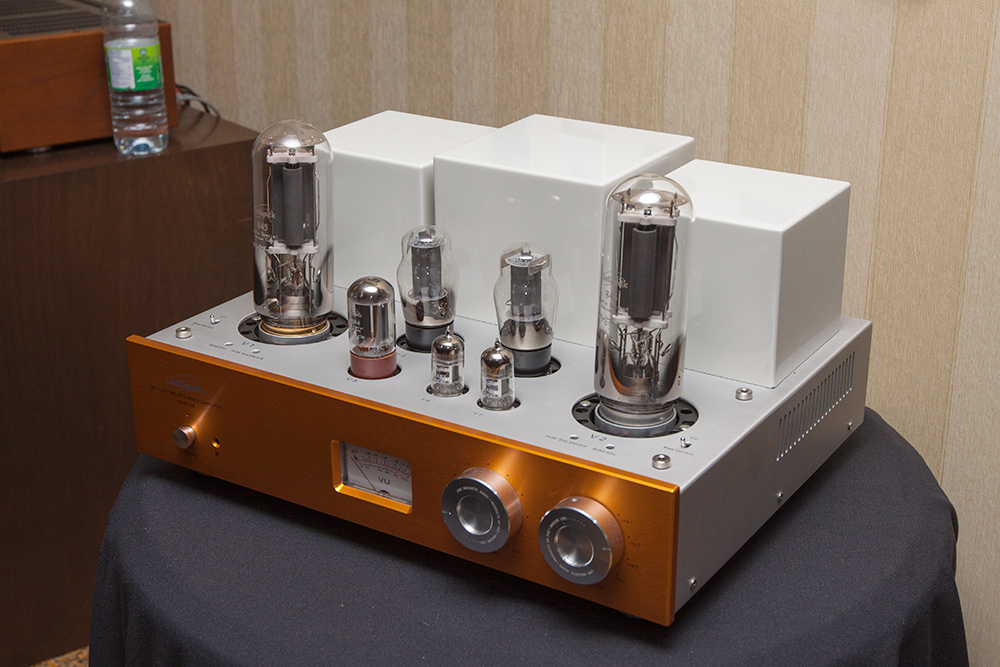 But back to Montreal: this year in Coup de Foudre's room, on static display was the Line Magnetic 518IA, an 845-based integrated that retails for $5000 in the US. That's out of the range of what I would normally expect to pay for a Chinese amp, but it's beautifully built and -- here's the kicker -- didn't look odd or cobbled together. It looked slick and was nut-bustingly heavy. (Don't laugh -- tube amps are all about the transformers. Never trust a light tube amp.) 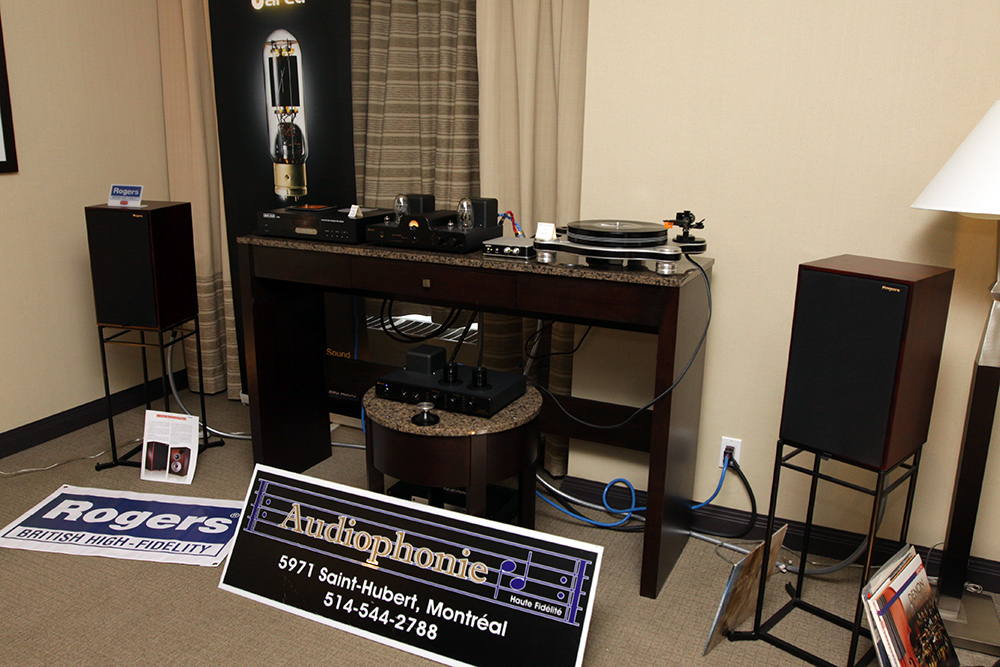 As I traversed the halls of the Salon Son & Image, I began to take note of other Chinese tube gear. Dared (of whom I've been aware for years now) was displaying a KT150-based triode amp that can slug out 24Wpc. Retailing for $3995 in Canada, the Dared Saturn was pushing a pair of Rogers LS5/9A speakers with the signal fed from a Hanss Acoustics T-20 turntable. The sound was extremely rich and tonally vivid (perhaps a bit too lush, but nobody ever went broke adding too much sugar to the mix) -- and I sat there absolutely mesmerized. 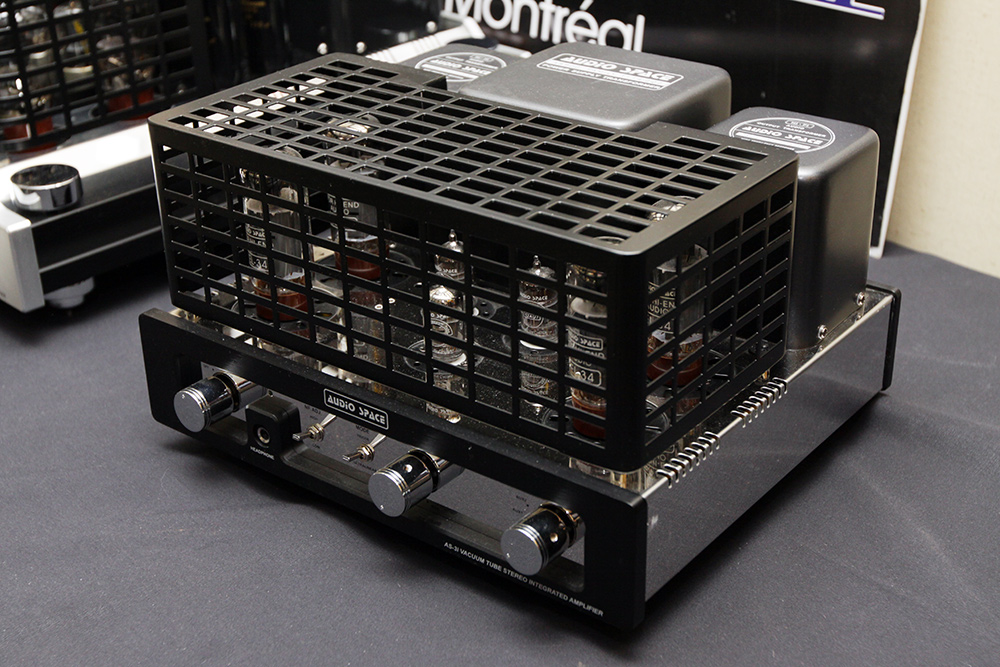 Lurking at the back of the same room (hosted by Montreal retailer Audiophonie) was an Audio Space AS-3i EL34 integrated, which retails in Canada for a most reasonable $2100, and has got chrome and everything! 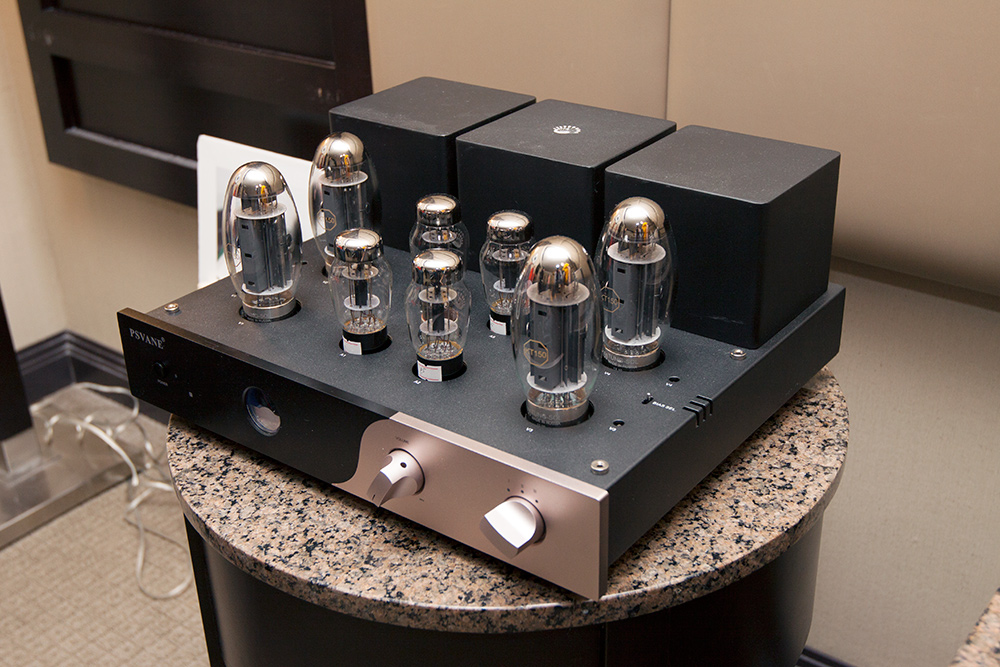 Feeling somewhat unsettled, I continued on to the Grant Fidelity room, where I discovered the Psvane Audio TC5 KT120-based integrated amp for an even scarier $1399. This is, I'm sure you're aware, one heck of a lot of amp for not very much money.

Look: a few years ago it seemed clear that Chinese-made amps offered a lot of bang for the buck, but you had to make excuses for them. Odd design choices, questionable parts quality, variable build. And seeing essentially the same amplifier but with slightly different cosmetics from several companies was rather disconcerting. Cheap? Yes. But VTL, Audio Research, and Cary Audio didn't have much to worry about. Domestically built tube gear was easily validated by anything more than a casual glance. Now? The days of $600 Chinese tube integrateds look like they're coming to an end, but companies like Line Magnetic, Grant Fidelity, Dared, and Audio Space don't seem to be flailing around anymore trying to build an identity. They're getting their act together, and the established North American companies are probably looking over their shoulders wondering how so much changed so quickly.