A big part of the 2017 Rocky Mountain Audio Fest is the CanJam show, which focuses on headphones and headphone amps and accessories. CanJam filled a large ballroom and a section of the main floor at the Denver Marriott Tech Center in Denver, Colorado. Here’s the second part of my coverage of new headphones and earphones at RMAF, with all prices in USD. 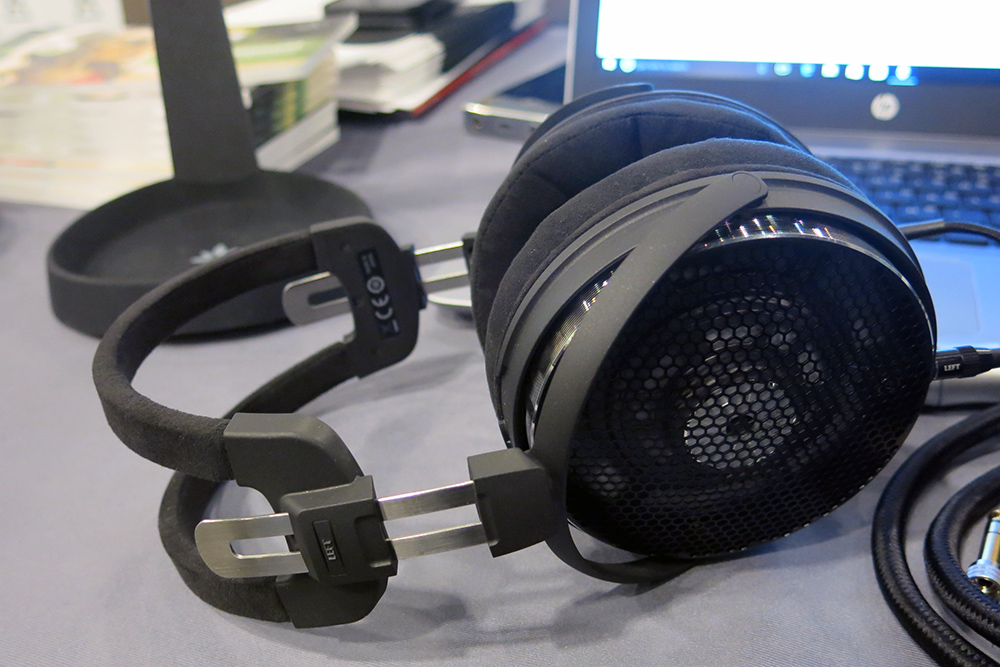 The ATH-ADX5000s ($1999), Audio-Technica’s new flagship headphones, made their Western Hemisphere debut at RMAF, after their launch at the 2017 Hong Kong High-End Audio Visual Show in August. The model is an open-back design with a driver in each earcup built as an integral part of the headphone body. The diaphragm sits symmetrically in the enclosure, with the intent being that the airflow and resistance will be the same no matter which way the diaphragm is moving. The earpads are covered with Alcantara, a microfiber material similar to Ultrasuede and commonly used in fashion and automotive materials. 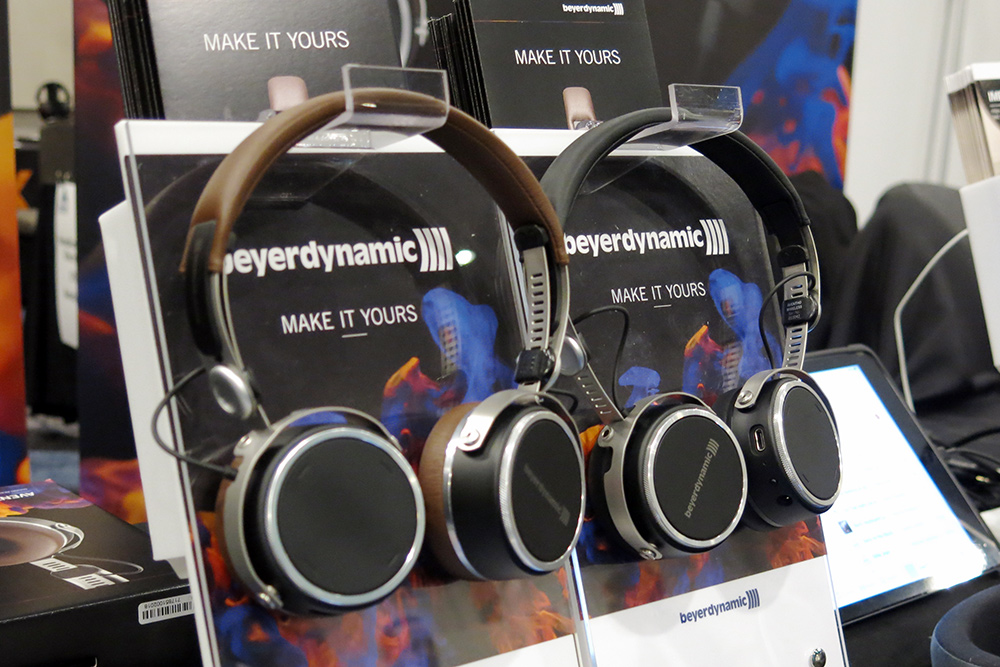 The Beyerdynamic Aventho Wireless headphones ($449) represent a high-end take on Bluetooth listening. Like many more costly Bluetooth models, these have a 20-hour rated battery life and touch-sensitive volume, track skip, and play/pause controls on the side of one earpiece. What they add, besides the retro-looking metal frame, is a smartphone app that applies a six-minute hearing test to tune the response to your ears. The app then uploads the custom tuning to the headphones so you can hear it regardless of the source. The company also launched the DT 240 Pros ($99), a set of DJ/studio/casual-use headphones intended to be a “7506 killer,” referring to Sony’s iconic MDR-7506 pro headphones. Based on what I heard, they might actually take a little piece out of the MDR-7506s’ position as an industry standard. 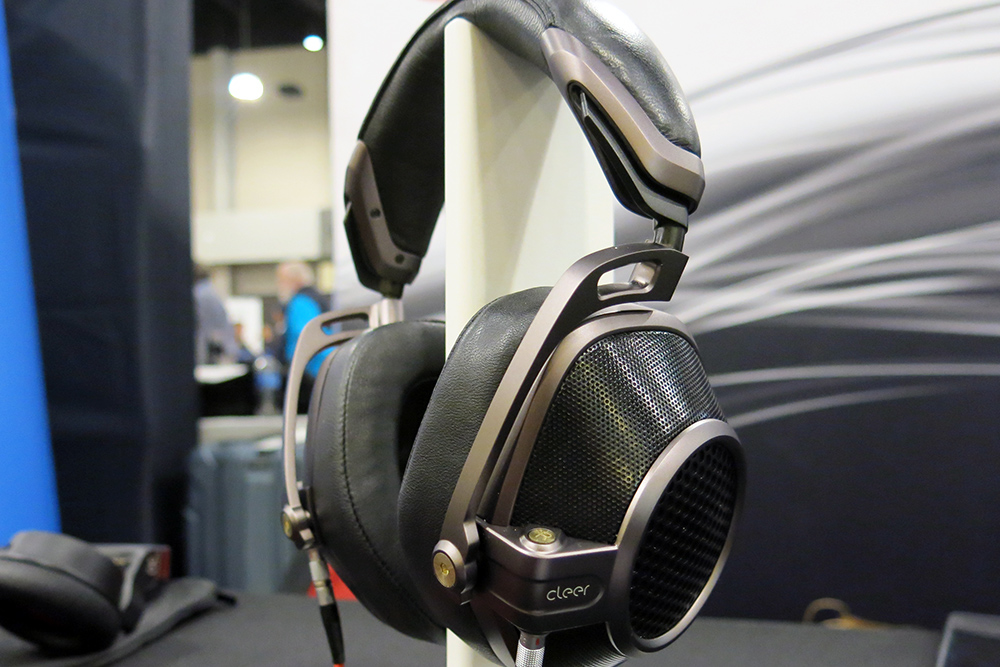 I missed the Cleer headphones ($699) when they debuted at CES in January, but they’re still not yet on the market. A company rep described the design as “kind of semi-open,” meaning the earcups are mostly open but have a bit of an enclosure that helps shape the sound. Much attention went into the driver design, which uses a 40mm driver made from magnesium alloy, with an underhung voice coil designed so it sits perfectly centered in the magnetic gap and thus experiences a constant application of magnetic force. 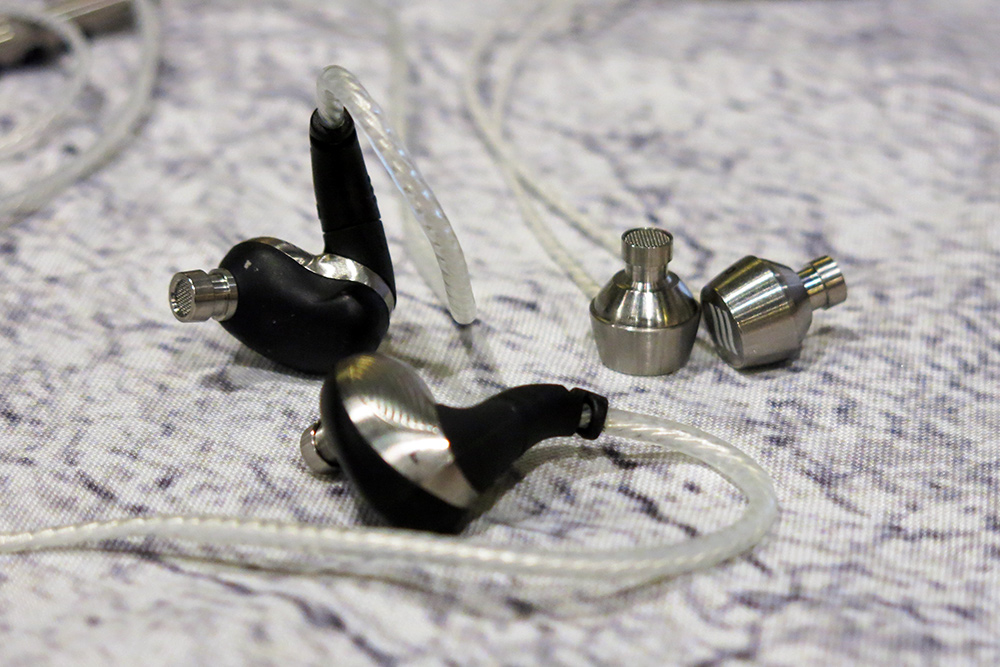 Newcomer Echobox has snagged some attention with its flask-shaped music player and tiny metal earphones. Now the company is expanding the line with two new earphones, called Traveler ($99) and Nomad ($399). The smaller Travelers are intended for everyday use; they pack a 9.2mm dynamic driver in each tiny titanium shell. The larger Nomads also have a dynamic driver in each earpiece, but add removable/replaceable cables tipped with MMCX connectors on the earphone ends, and have threaded acoustic filters for reference sound, bass boost, and treble boost. 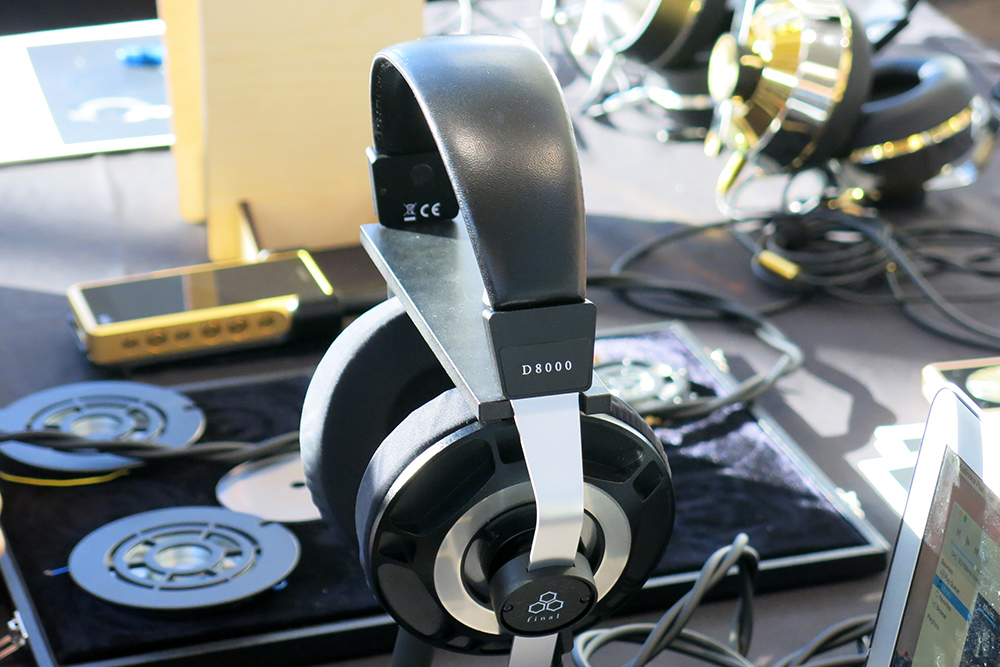 I saw a prototype of Final’s D8000 headphones ($3799) at this year’s High End show in Munich, Germany, but the pair there were barely functional. At RMAF, the company showed the finished headphones, and they’re spectacular. The D8000s are a planar-magnetic design that use a spiral voice coil with donut-shaped magnets in concentric rings instead of the usual rectangular zig-zag-patterned coil with row magnets. This configuration is said to reduce distortion by using air viscosity to damp the diaphragm. Listening to a recording of pianist Bill Evans, bassist Eddie Gomez, and drummer Jack DeJohnette performing “You Go to My Head,” I was struck by the D8000s’ sound; they seemed to deliver a ruler-flat frequency response and tremendous detail with no artificial boosting of highs. 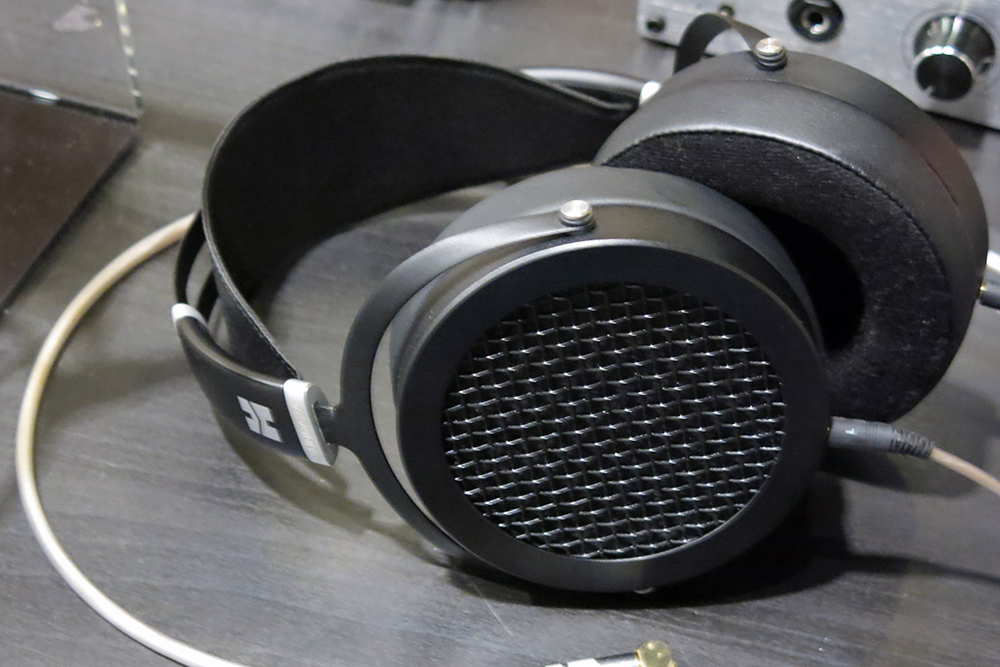 I wondered how HiFiMan -- already a leader in modestly priced open-back, planar-magnetic headphones -- would respond to the recent launch of even lower-priced competitors. “By making our lower-priced headphones even better,” company founder Dr. Fang Bian told me. One example are the Sundara headphones ($499), which are like a lighter, less expensive, and even better-sounding successor to the company’s HE560 headphones ($899). The existing $499 model, the HE400i, drops to $299, and the existing $299 model, the HE400S, has been discontinued. 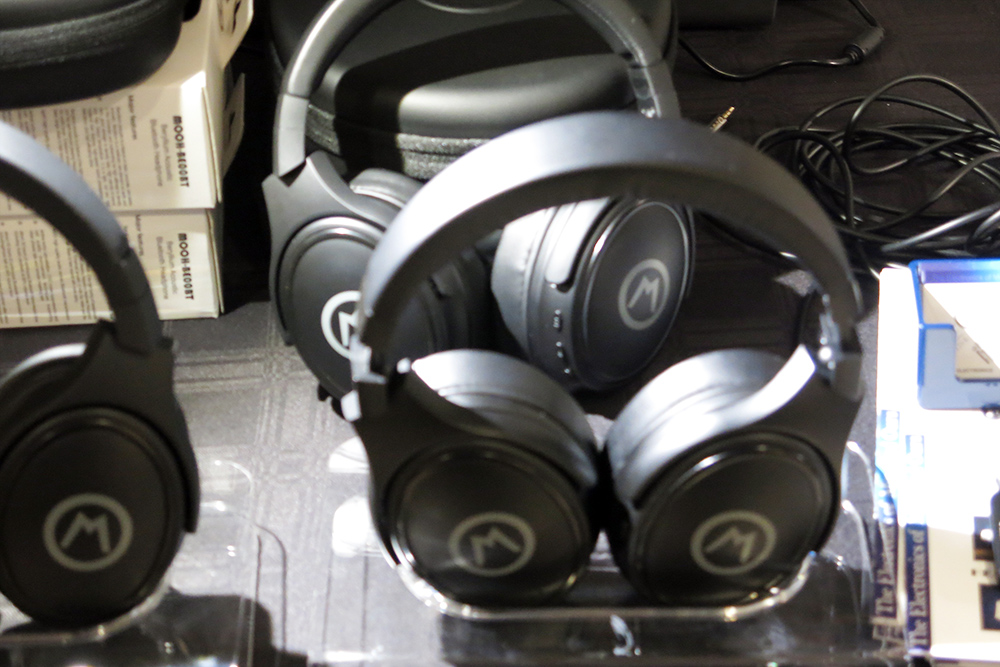 I got a surprise when I stumbled on M&O Electronics, tucked away in one of the ground-floor hallways of the Marriott. The company’s MOOH-BE00BT Beryllium Acoustic Bluetooth headphones ($129) use a generic design with a beryllium-diaphragm driver; they look a lot like the RBH HP-2 headphones. I was thrilled at the plush comfort of the earpads and the spacious sound and natural tonality of the MOOH-BE00BTs. That acrylic base they’re sitting in is the company’s $29.99 Headphone Partner stand. A $39.99 Headphone Partner with an integral cable reel is also available.