You might think that the world of stereo audio electronics would have settled down a long time ago, unlike home-theater audio electronics where almost every year brings a new gotta-have-it innovation that makes last year's products seem like flea-market junk. But the advent of PCM and DSD high-resolution audio, the popularity of Internet streaming (even among audiophiles), and the explosion of the headphone market have radically altered the form and function of the latest stereo gear -- and it was all on display at Denver's 2014 Rocky Mountain Audio Fest.

Here's a roundup of the most interesting new stereo audio electronics from RMAF. Yep, it's mostly new-tech, but I threw in a couple of tube amps for the traditionalists. (Very cool and affordable tube amps, I might add.) 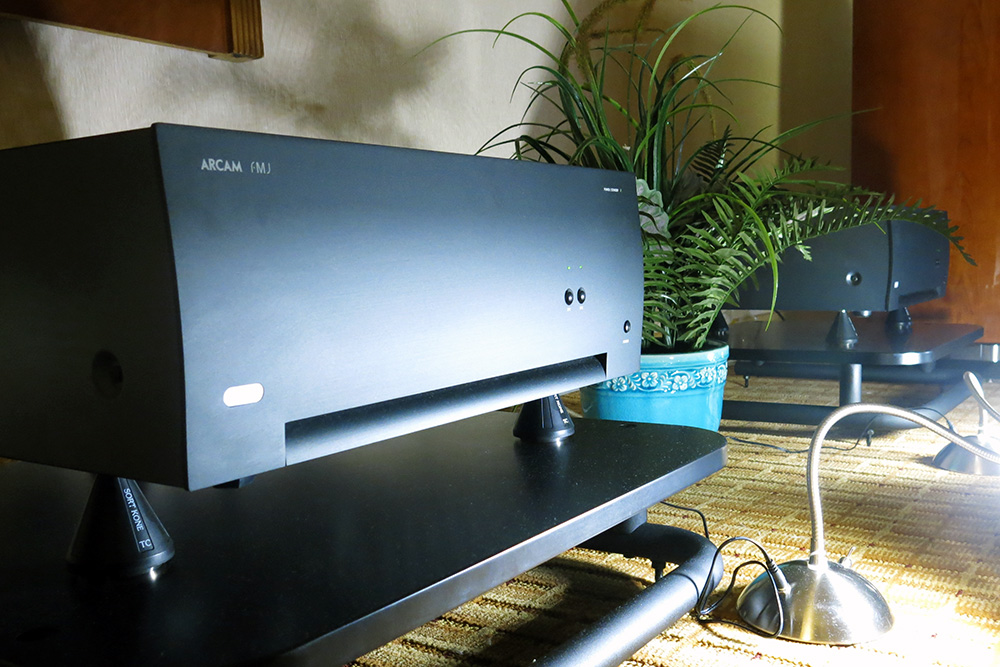 There's been a recent surge of new amplifiers employing what I'll call "floating-bias class-A" technology, where the amplifier always runs in class A, but the power-supply rails track the incoming power supply, lowering the available voltage when it's not needed so very little of it is wasted as excess heat. We've seen this with Krell and Sony, for example, and now in Arcam's $5000 P49 stereo power amp. The power supply runs in class G, switching to a higher rail voltage when the power demand exceeds 50W. Although it's a relatively normal-sized amp, it puts out 400Wpc into 8 ohms. The $5750, 200Wpc A49 integrated amp is also available. 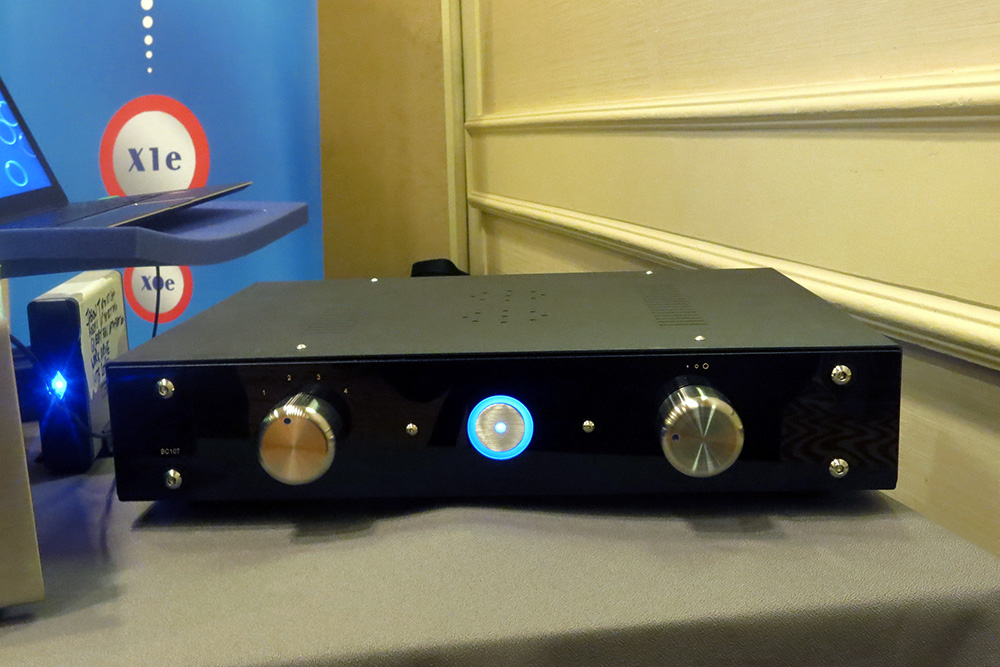 Blue Circle Audio's $4695 BC107 is perfect for those who want the simplicity of an analog preamp now but might want to upgrade to new features down the road. The basic version of this solid-state preamp accepts four analog inputs, up to two of which can be XLR. Options include a DAC module, a phono preamp module, a motorized remote volume control, and an outboard power supply. 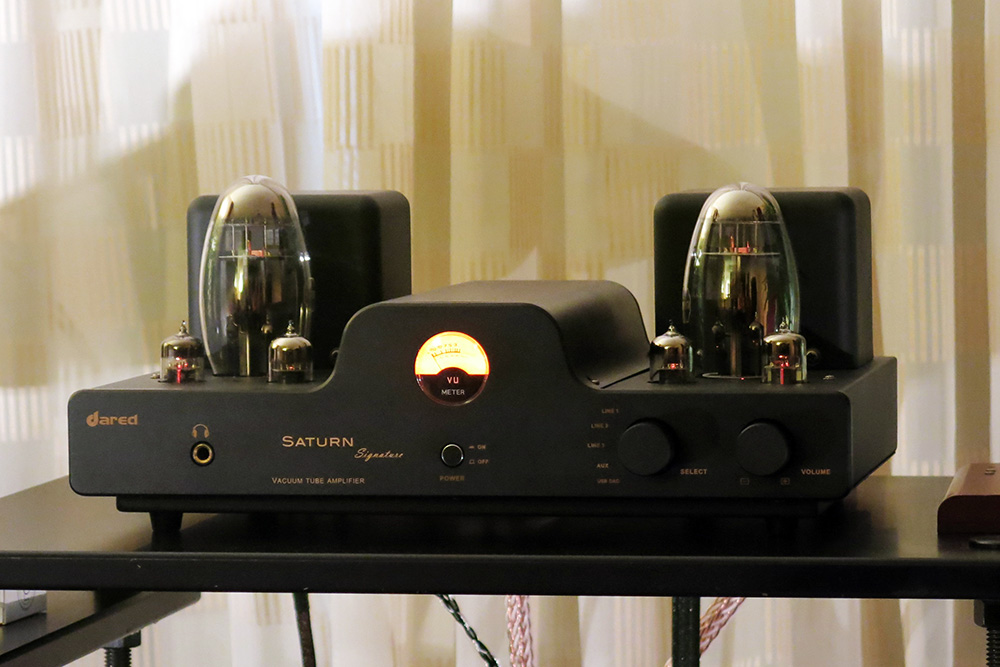 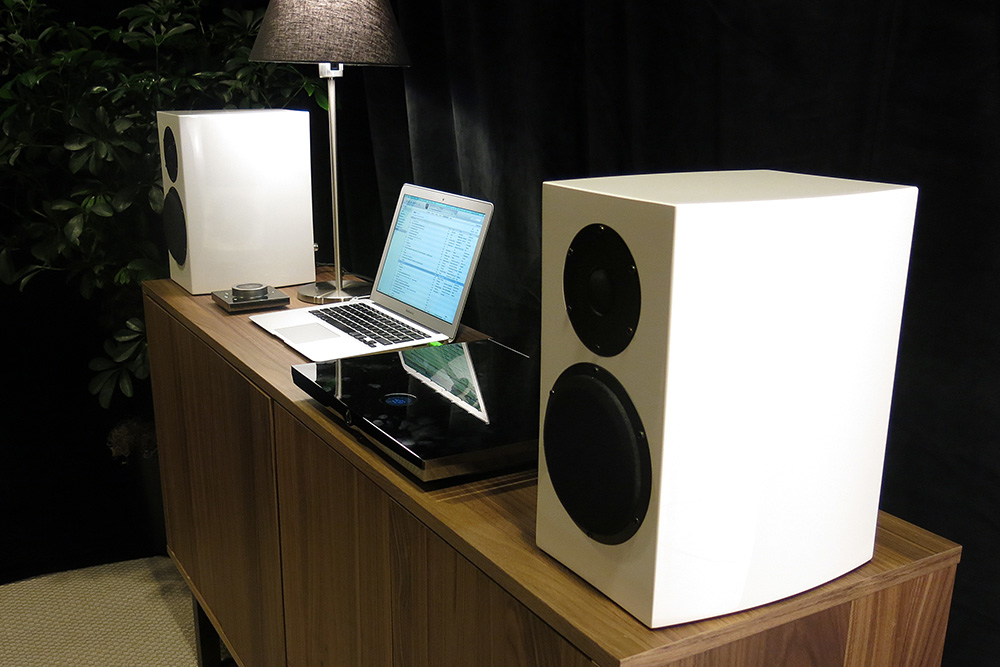 Devialet now offers its $6495 super-sleek 120 digital integrated DAC/amplifier in a complete $9995 package with Atohm GT1 minispeakers and cables. Like the other Devialet products, the 120 includes SAM, or Speaker Active Matching, which adjusts for the specific characteristics of the speaker you're using. The 120 puts out 120Wpc into 6 ohms and offers analog, digital, and phono inputs. Should you wish to upgrade your speakers at some point, Devialet expects to have more than 200 speakers in its SAM database by the end of this year. 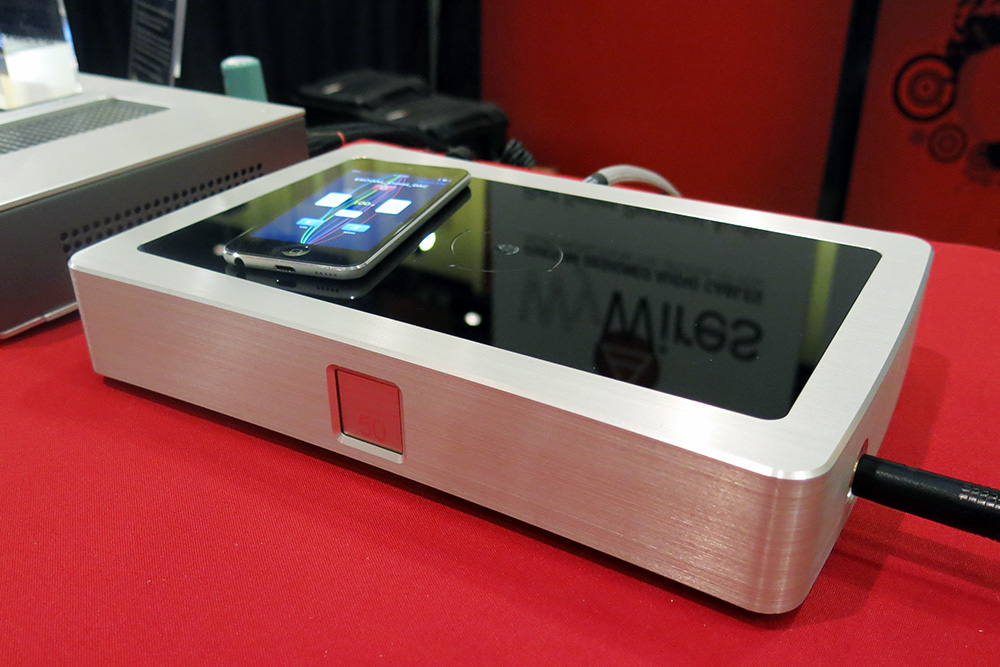 Exogal was founded by former Wadia employees, and the $2500 Comet DAC-preamp-headphone amp seems to carry on in the same tradition of advanced digital audio tech and innovative thinking. You use an iOS (or soon, Android) to control source selection, volume, and mute. The Comet uses a six-channel digital-to-analog converter, with two channels for the XLR output, two for the RCA output, and two for the headphone output, and it also uses proprietary digital filters instead of the stock ones built into the TI DAC chip. It handles PCM digital signals in resolutions up to 24-bit/384kHz, and DSD signals as well. A unique reflective silver display uses Kindle-like technology so it doesn't glare at you like illuminated displays (although you do need some light to read it). 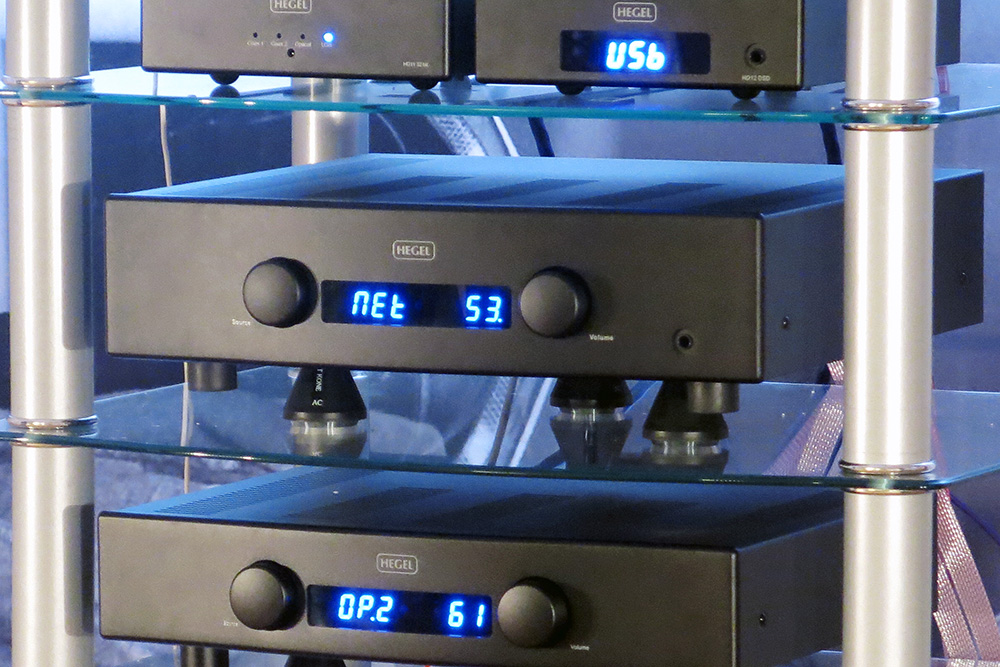 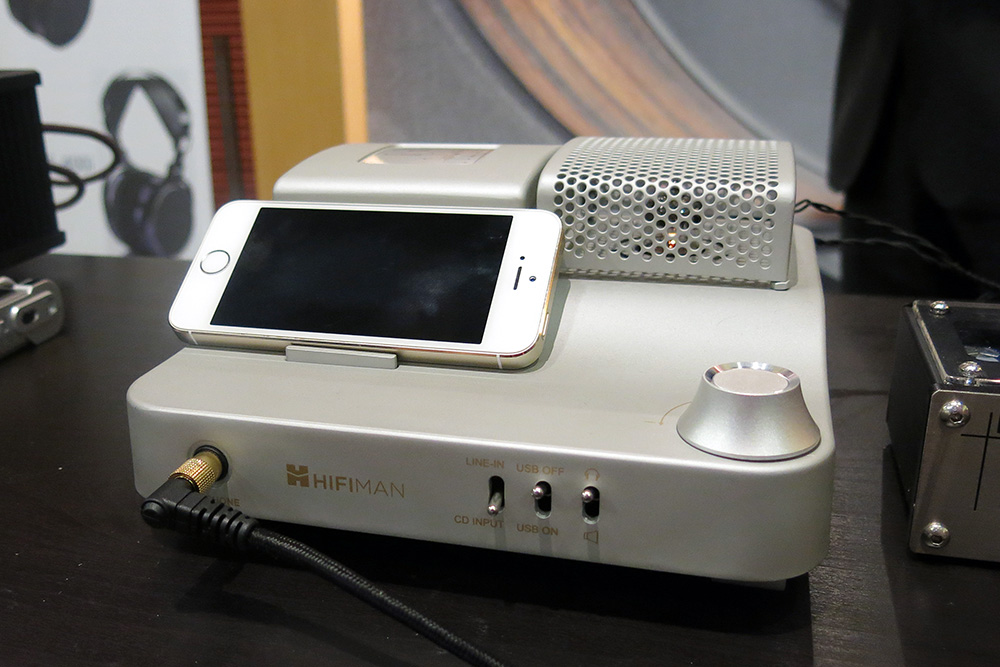 HiFiMan's $499 EF100 is an integrated amp with a tube input stage, a 9Wpc class-T (a variant of class D) output stage, and a separate headphone amp. There's a 3.5mm analog input on the side, so you can easily prop your phone against the ridge on the top of the amp and connect it with a short cable. An integral USB DAC for standard-resolution audio is also included. 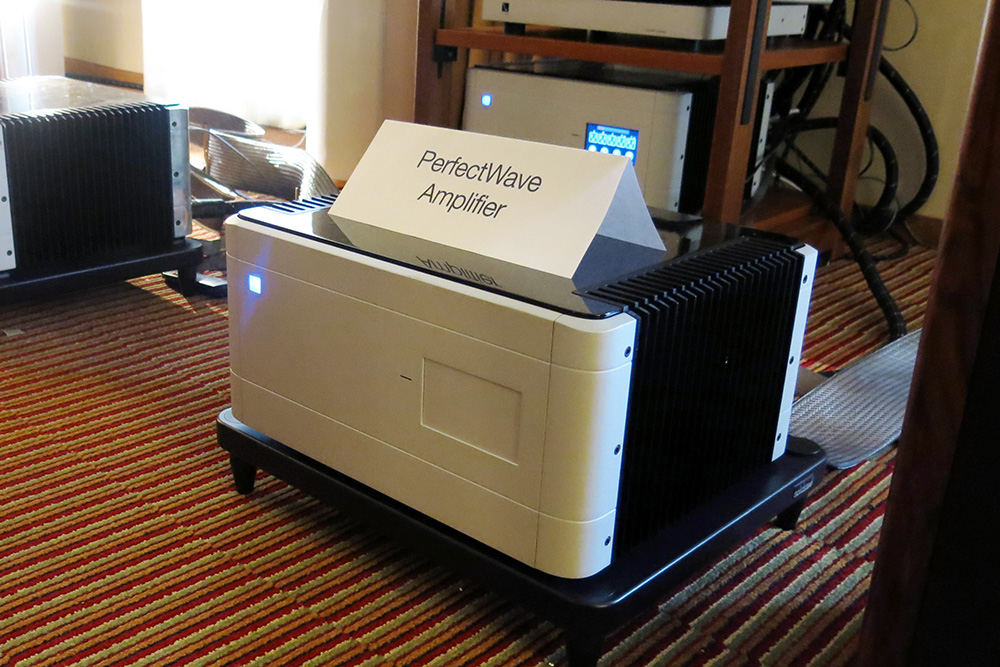 PS Audio is adding PerfectWave amplifiers to complement its PerfectWave DACs. The class-AB, 275Wpc stereo amp was designed by Bascom King, former amp reviewer of the now-defunct Audio magazine and recent designer of the mega-amplifiers from Constellation Audio. Price has yet to be determined, but expect a Q1 2015 launch. 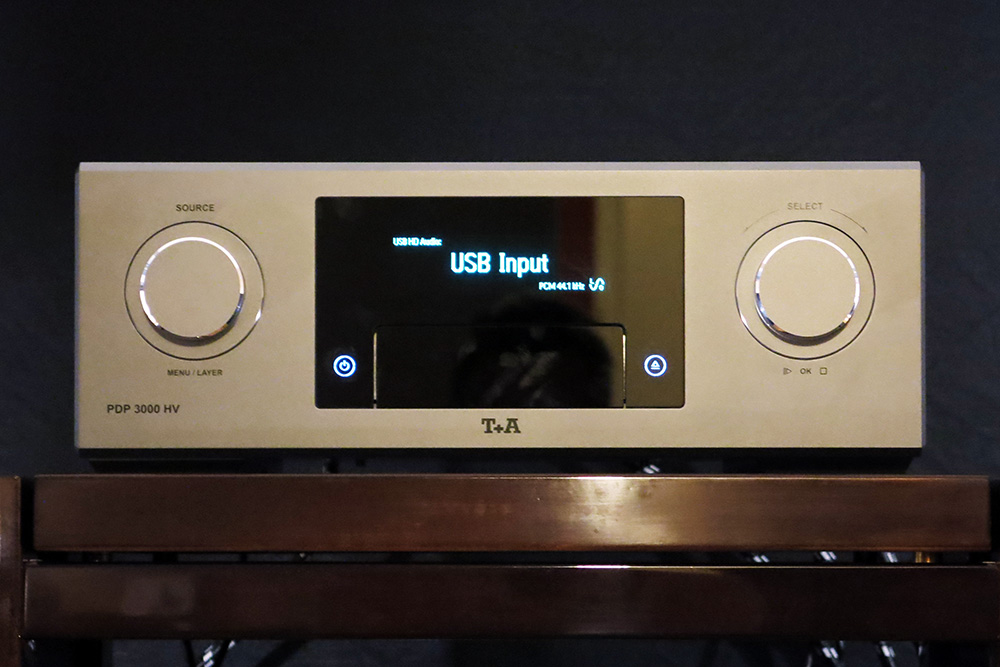 Because most audiophiles have switched their attention to computer-sourced digital files, there weren't a lot of new disc players at RMAF. But the T+A PDP 3000 HV caught my eyes and ears with its state-of-the-art feature set. It includes a DAC with completely separate signal paths -- even completely separate outputs -- for PCM and DSD digital audio signals. It plays CDs and SACDs, and also offers USB, optical, and coaxial digital inputs. It accepts PCM signals in resolutions up to 32/384, and it's built like a tank. (Well, maybe a tank designed by Philippe Starck.) Price is $20,000.