Octave Audio manufactures all of its products in-house, with parts sourced mostly from local vendors in Germany. The only major parts not sourced from Germany are the tubes, which come from Russia. 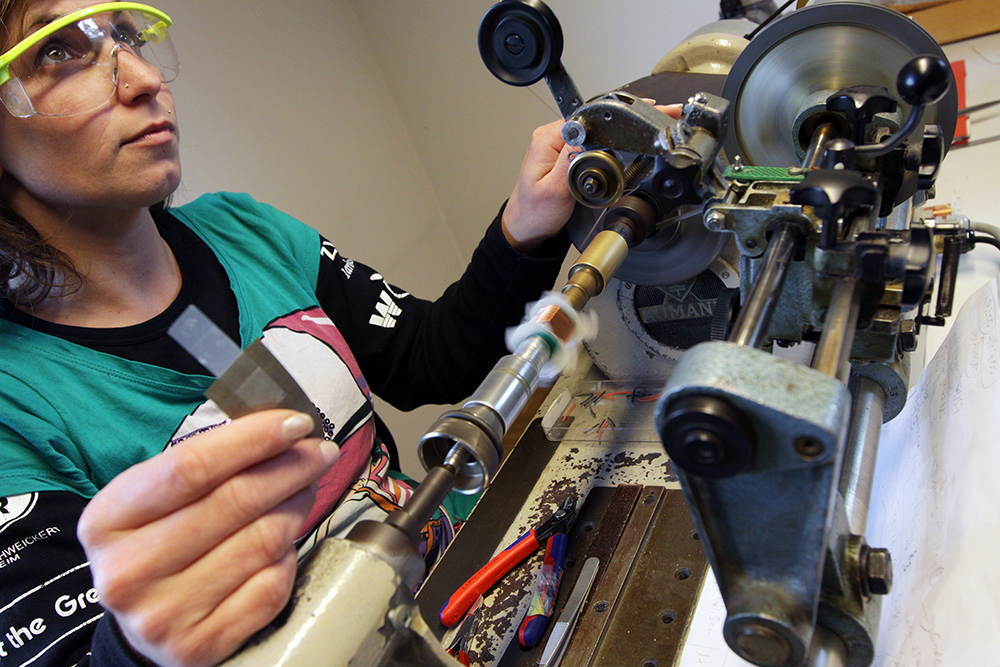 Unique to Octave Audio are proprietary output transformers, which it manufactures mostly within its factory. Marybel, who has been with the company for four years, is shown winding a balanced output transformer. 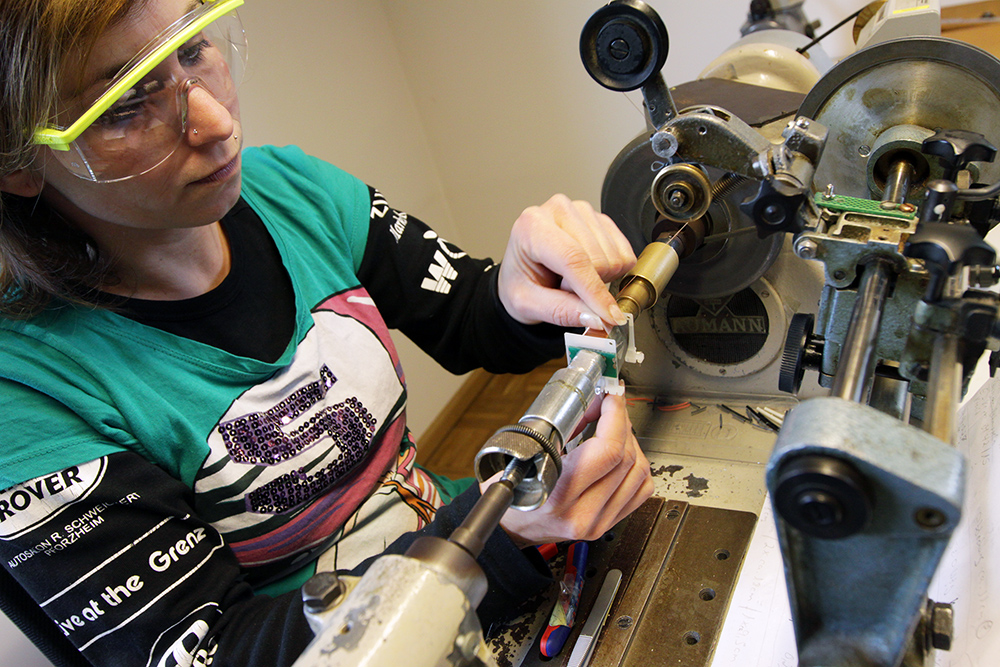 Marybel applies a special paper to the winding that acts as insulation. 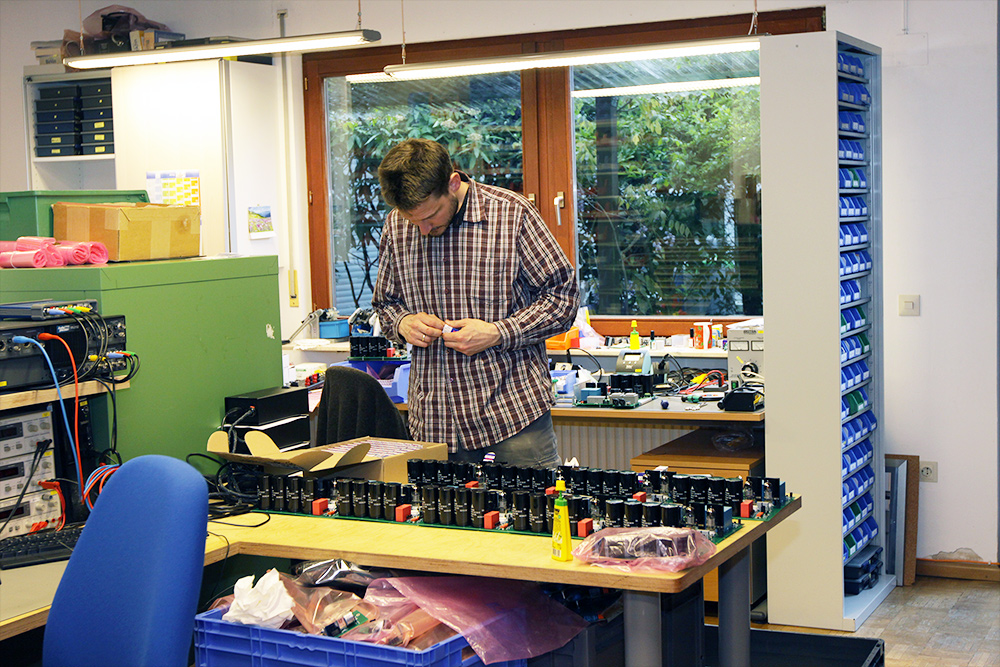 Circuit boards are made for Octave Audio by a local vendor; however, even though the vendor has worked for Octave Audio for years, each board is still carefully inspected when it arrives. Martin, who has been with the company 14 years, is shown inspecting the boards made for the company's new HP 700 preamplifier, which will debut this month in Munich at High End 2014.

Martin conducts electrical tests on each board prior to them being forwarded to production. 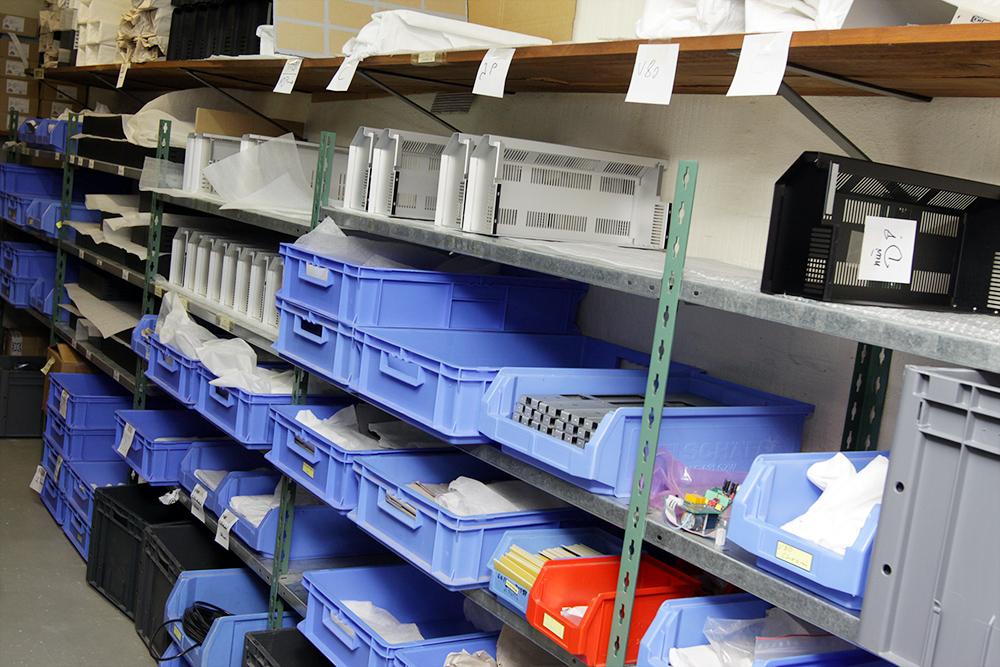 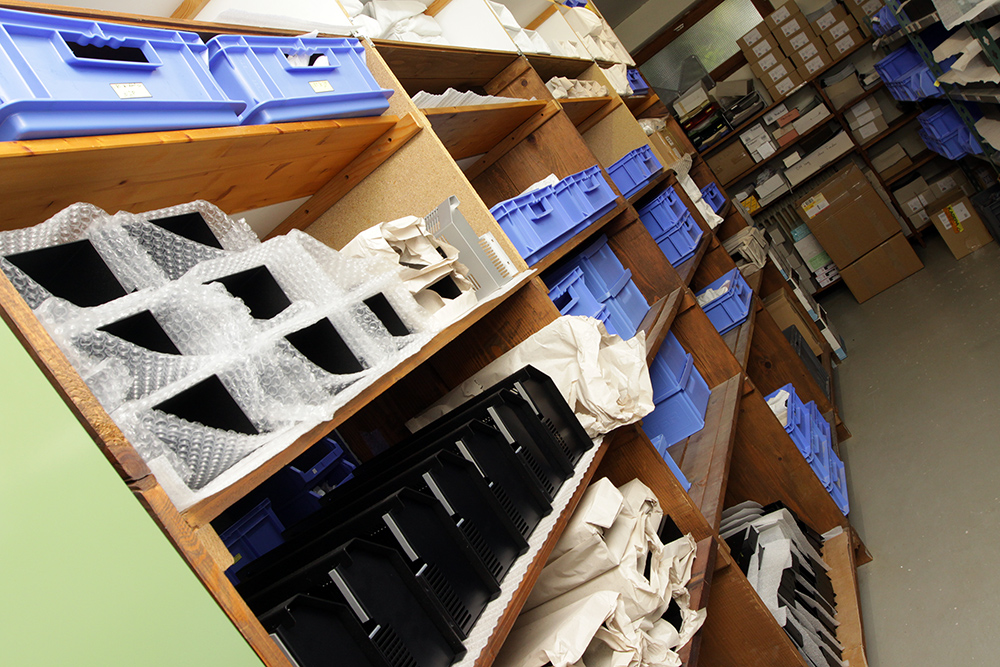 More parts in the warehouse. 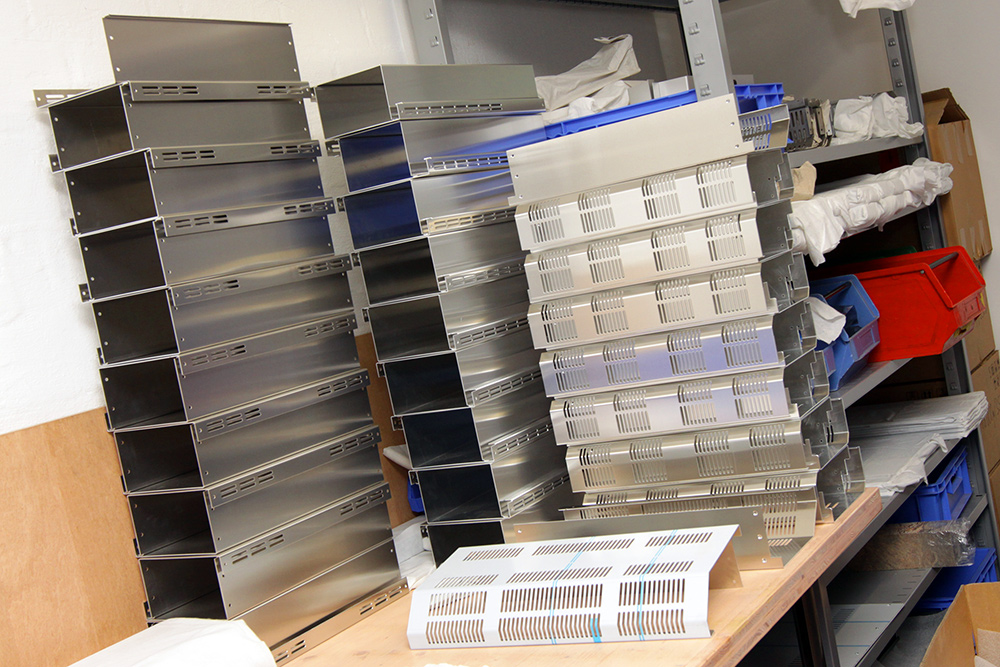 Metal parts are sourced from local vendors. Like the circuit boards, every part is thoroughly inspected upon arrival and only the flawless ones are used. 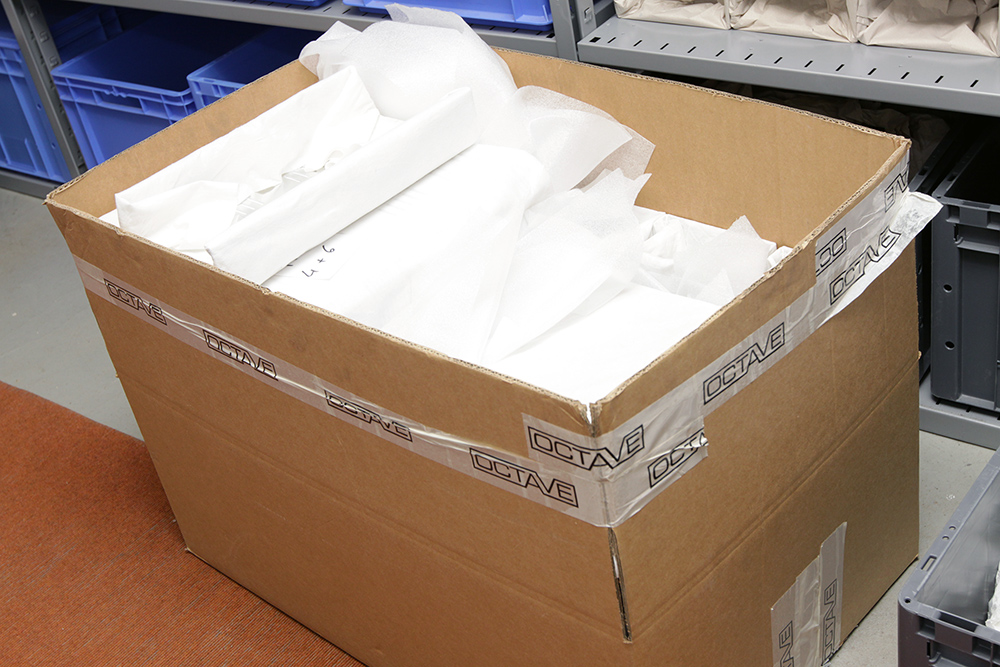 A box full of inspected metal parts that have been repackaged and are ready to be sent for anodizing. The anodizing is done locally. 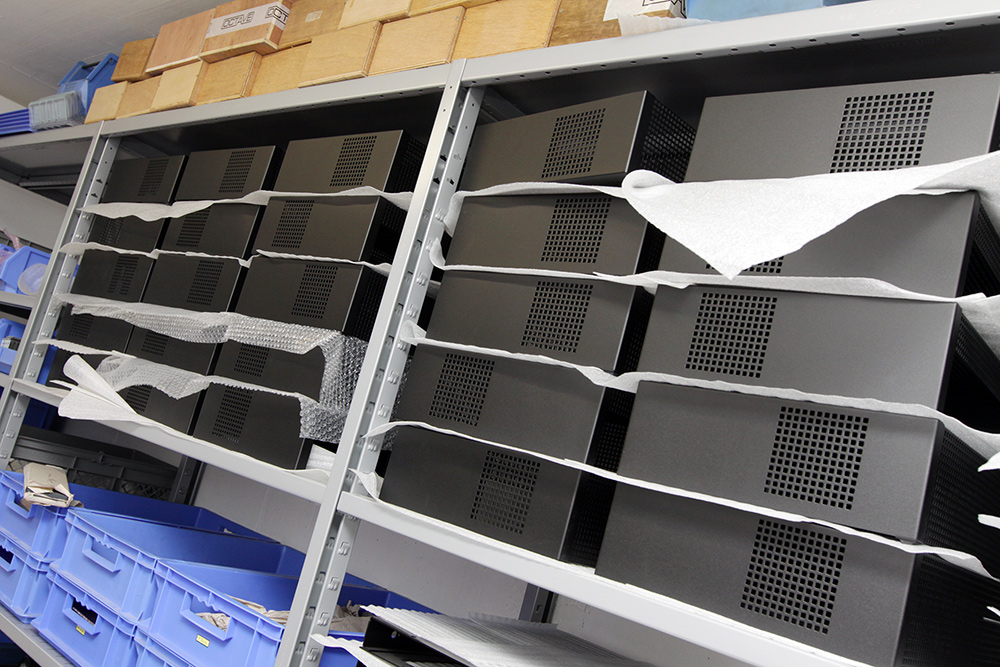 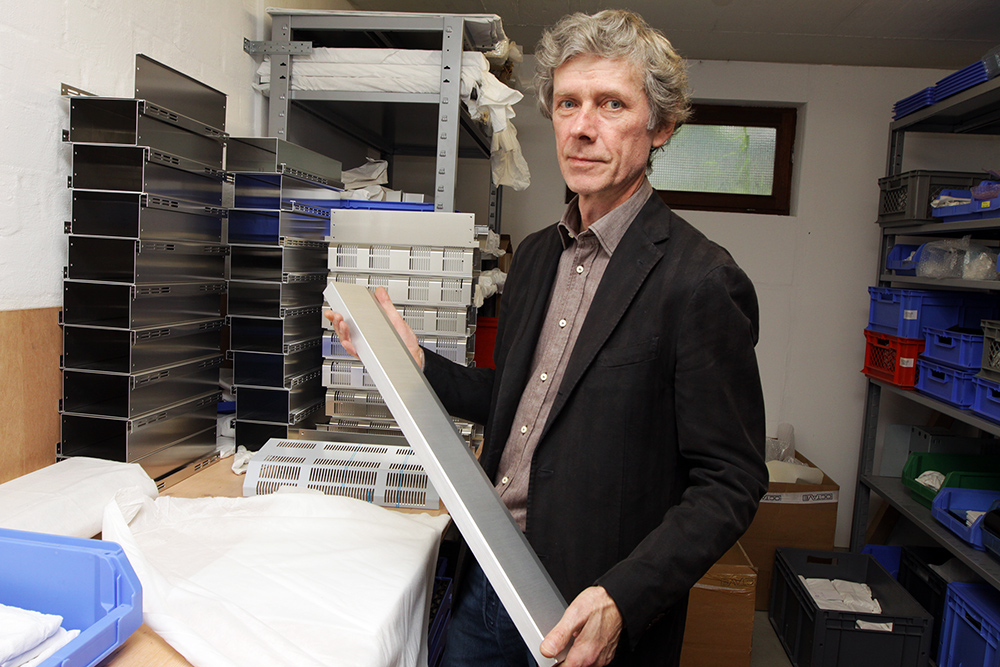 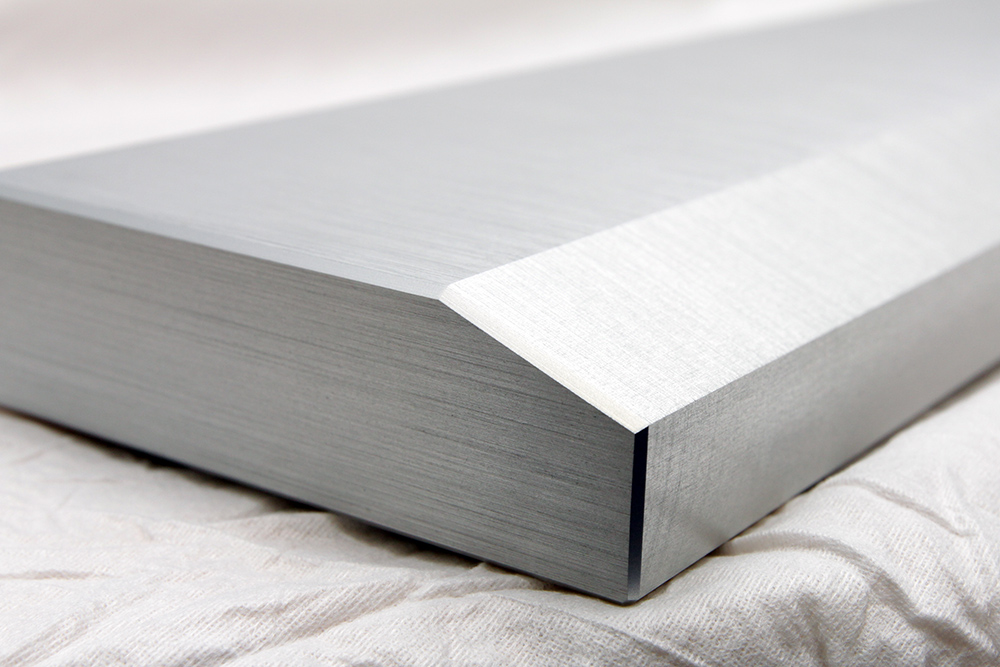 A close-up of the anodized front-panel part.