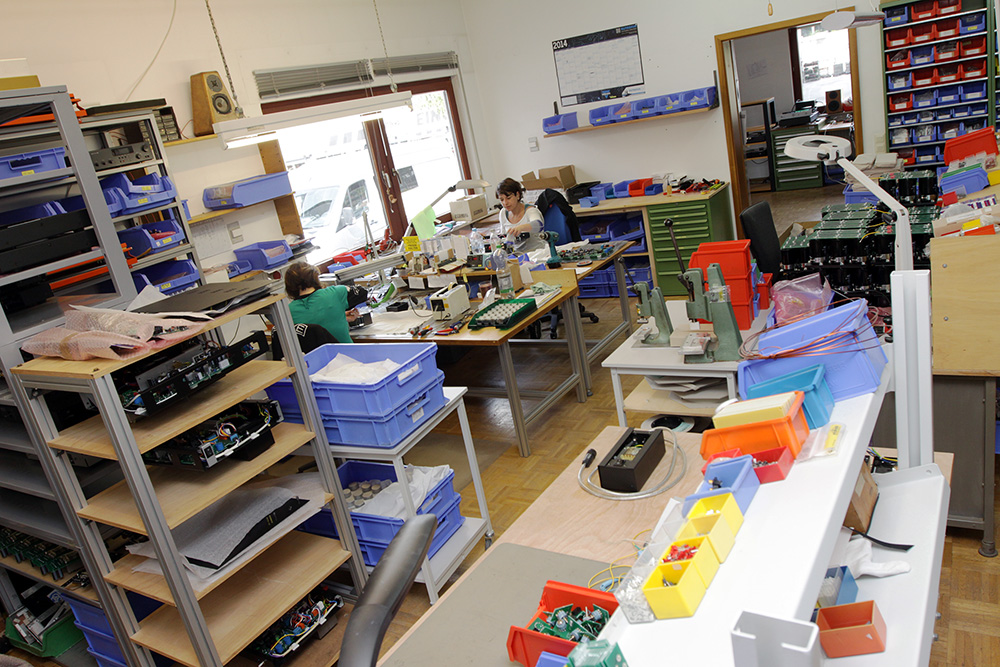 Octave Audio's main production area is bright and spacious. Various components are under construction at any one time. 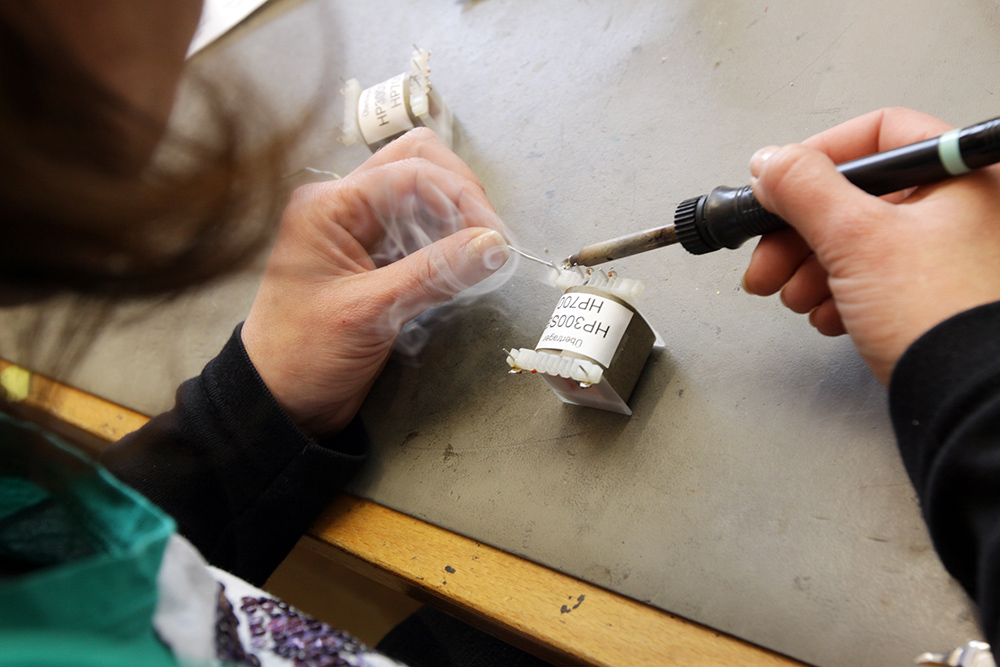 Soldering the leads of a balanced output transformer. 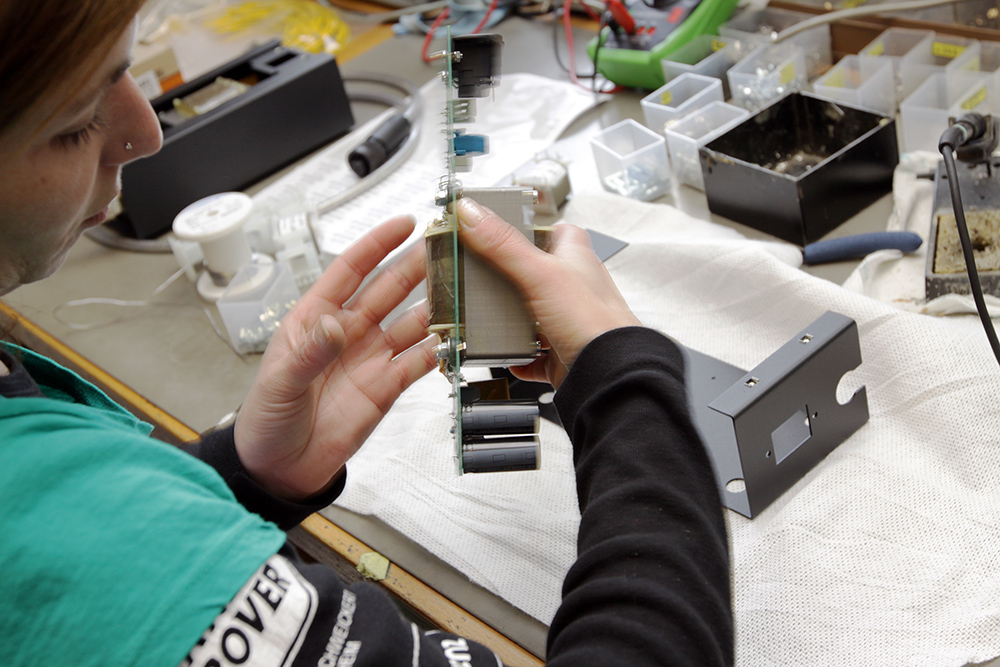 Taking a completed transformer board . . . 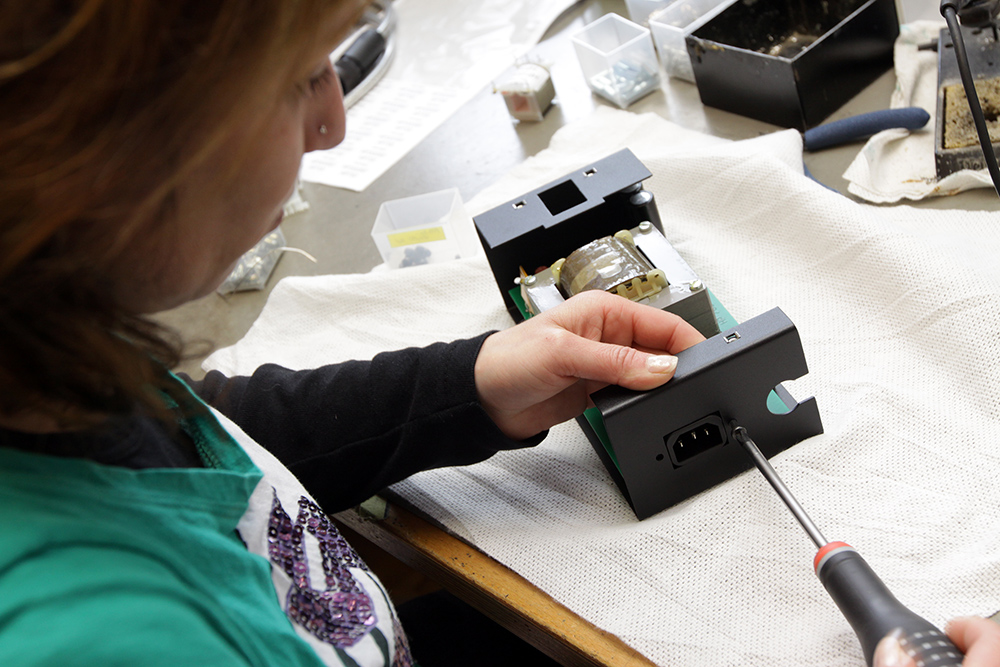 . . . and installing it into a sub-chassis that will end up in an HP 700 preamplifier. 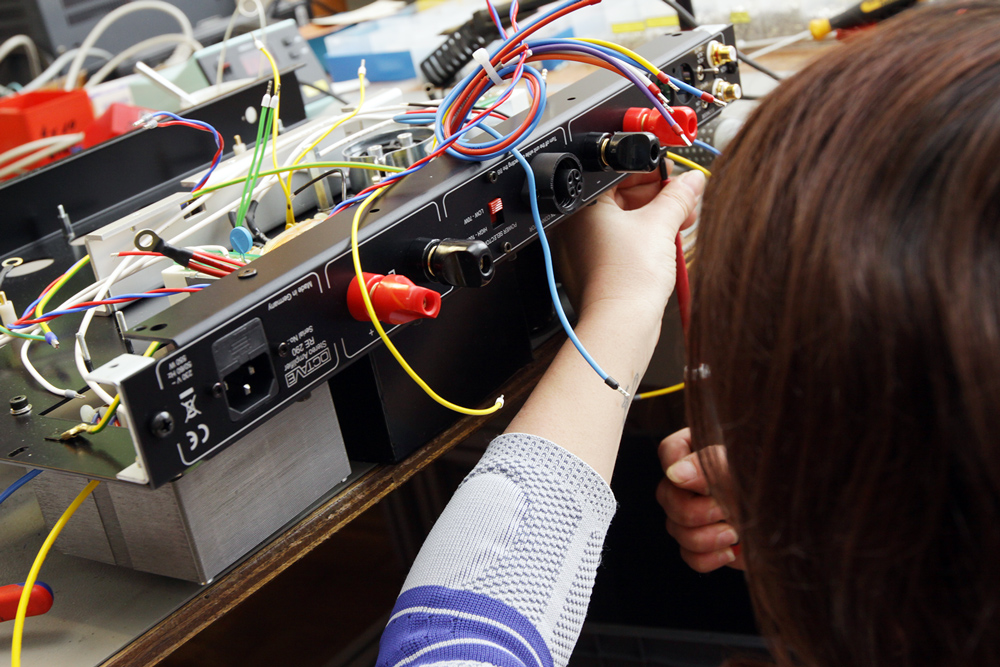 Assembling the chassis for an RE 290 stereo power amplifier. 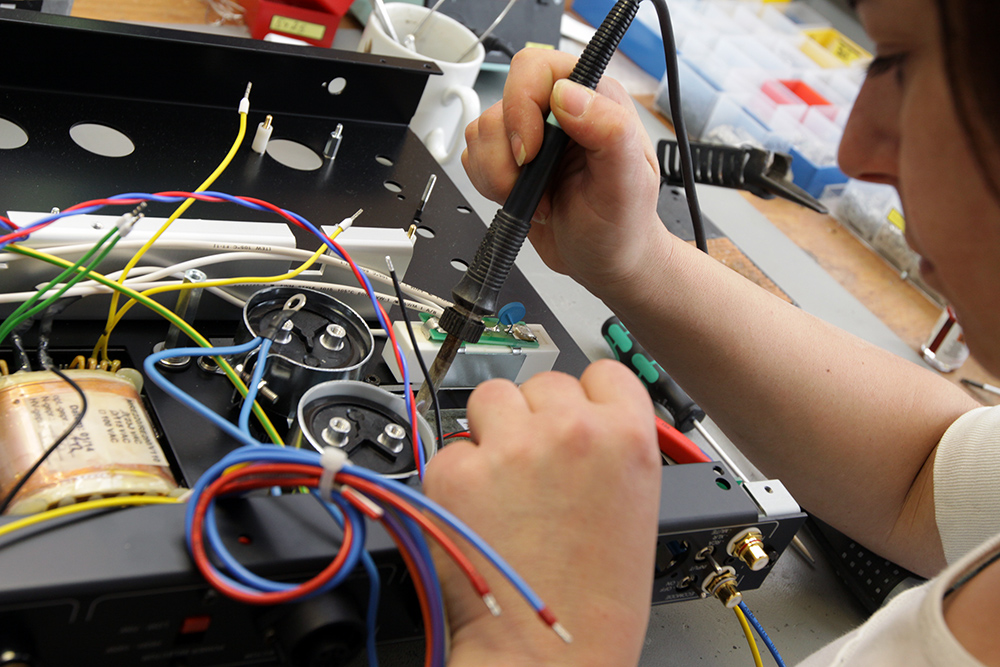 Soldering the wiring for an RE 290. 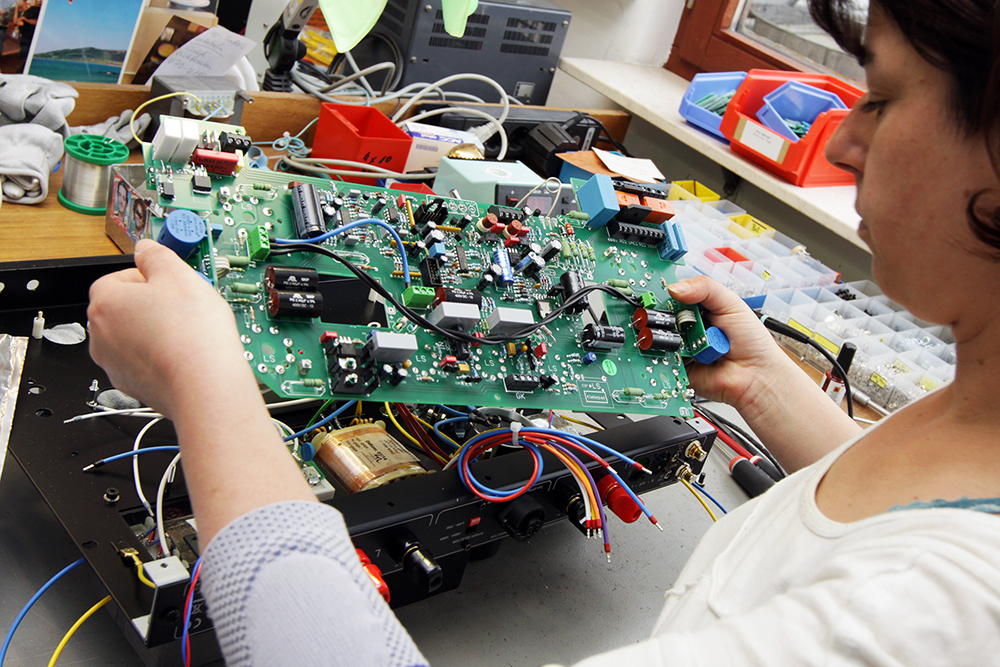 Installing the RE 290's main circuit board. 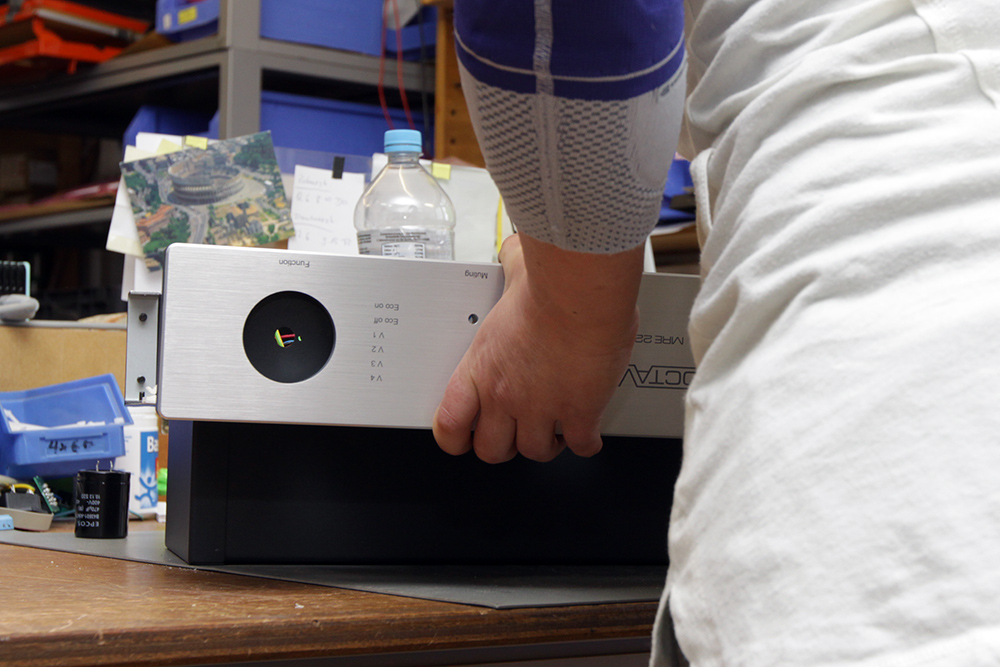 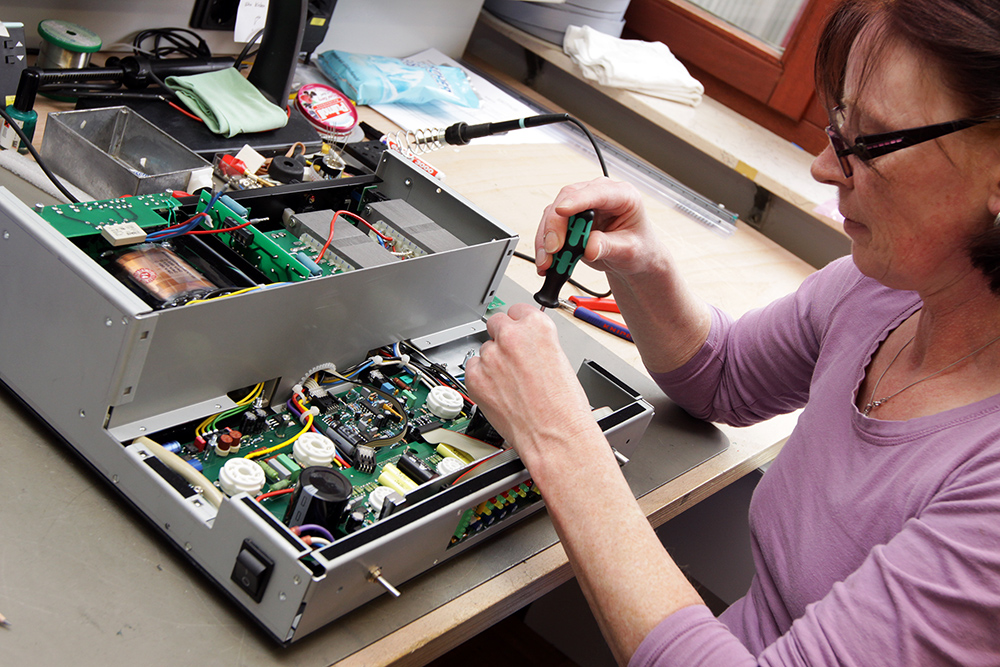 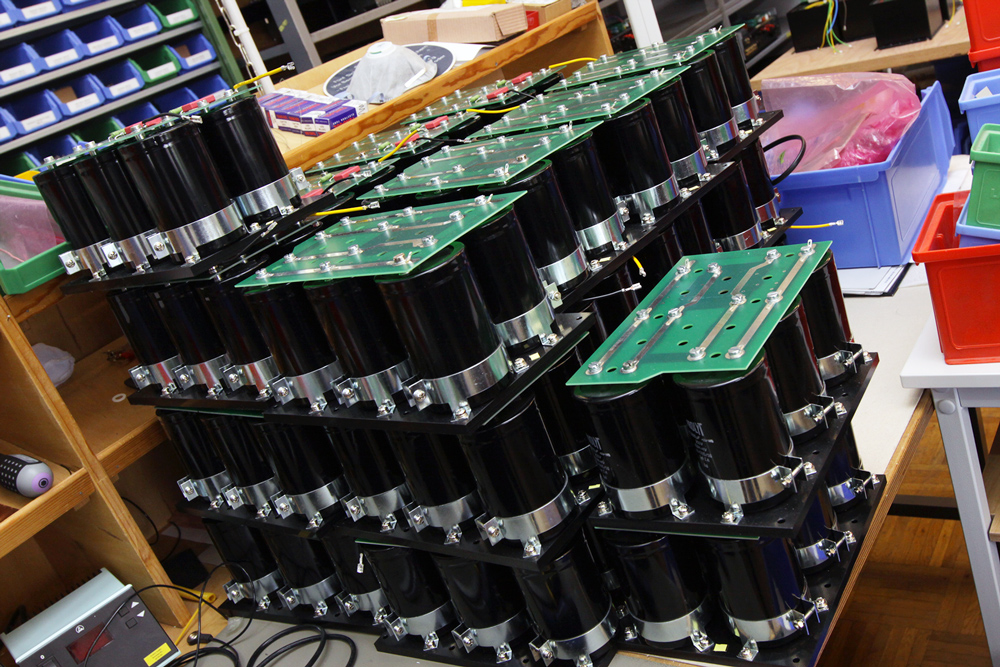 Capacitor banks to be installed in . . . 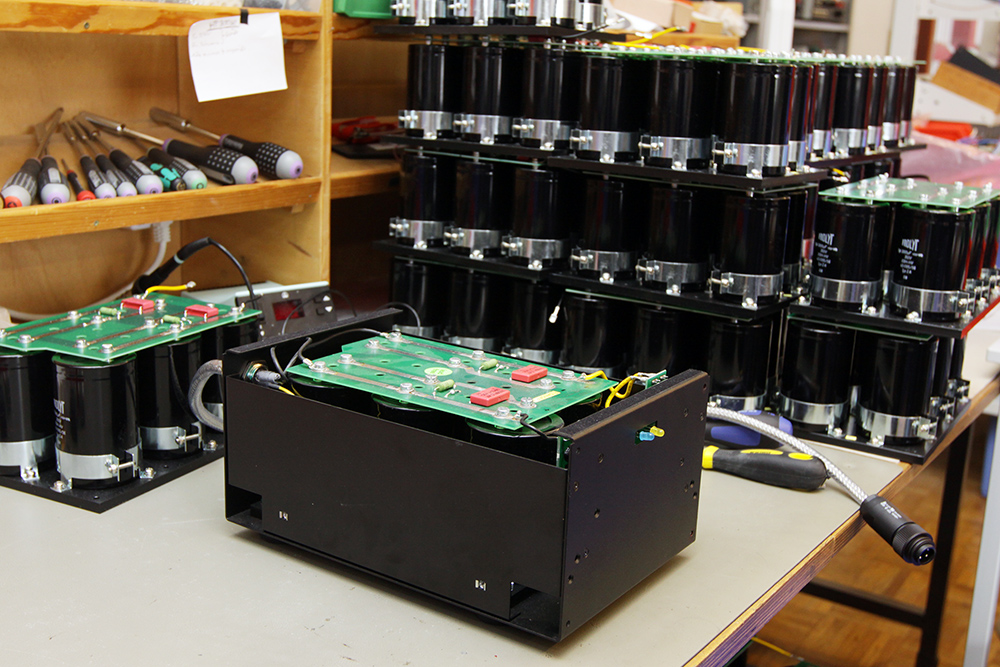 . . . the chassis for the Super Black Box. The Super Black Box and smaller Black Box can be added to any Octave Audio power or integrated amplifier. They each enlarge the power-supply capacitance, which increases load stability and dynamic output power and improves resolution. 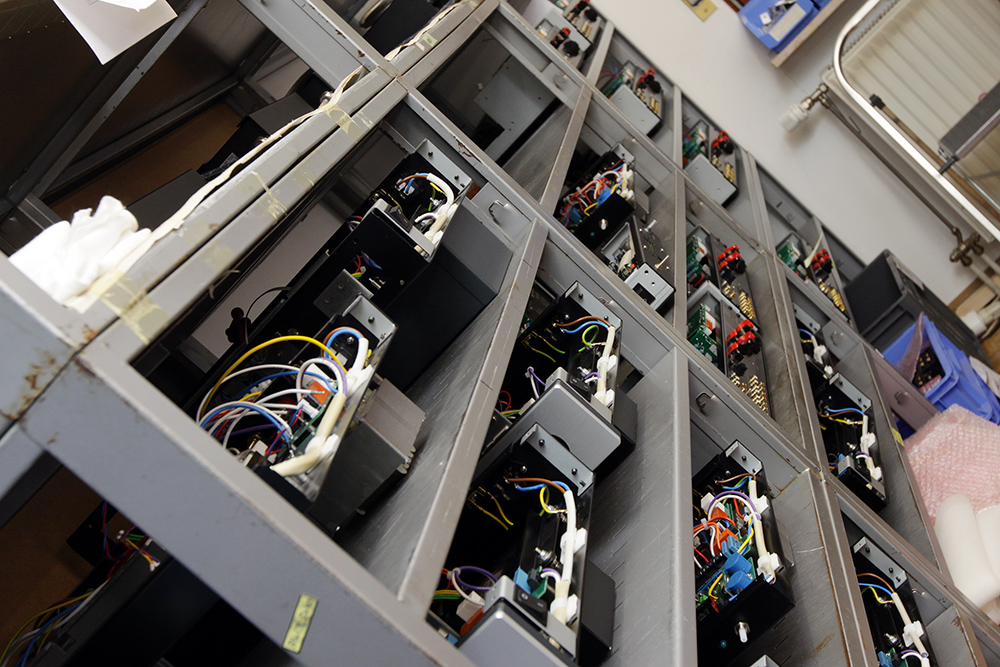