Monitor Audio: All in the Design

For many smaller loudspeaker companies, the undertaking of a brand new project, from the ground up, is a daunting prospect. More often than not, companies will outsource the industrial design of a nascent product to a third party. At Monitor Audio, however, there is a full-time team of approximately ten designers who are tasked with bringing concepts to life. 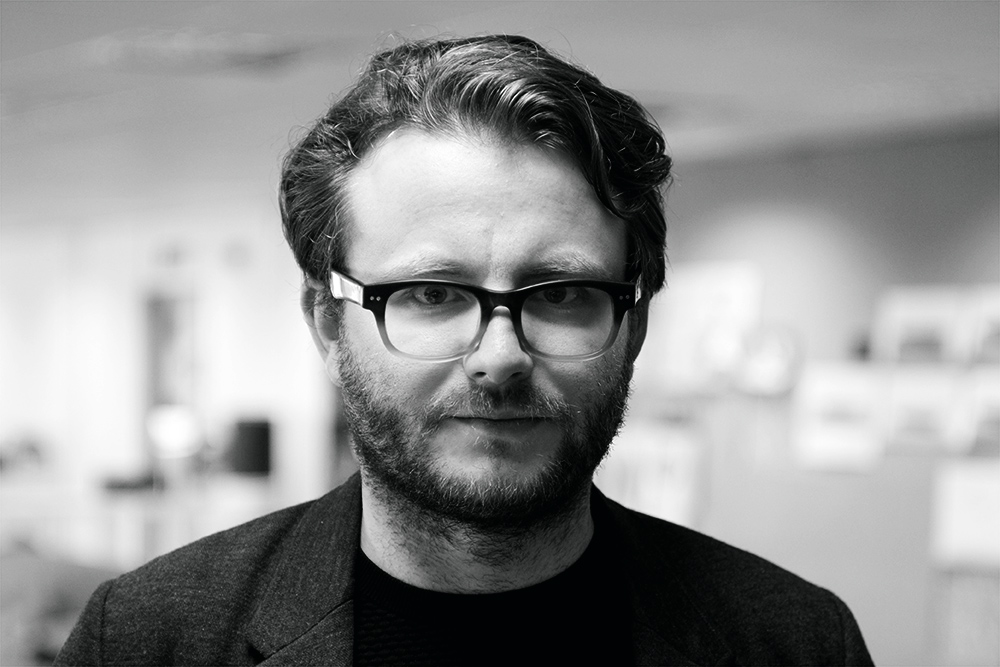 Charles Minett (shown above) is Monitor's product design manager, and has been with the company for more than ten years. He explains that Dean Hartley's technical group will introduce a design brief in a relatively general way, and from there, Charles's team will produce a variety of sketches. 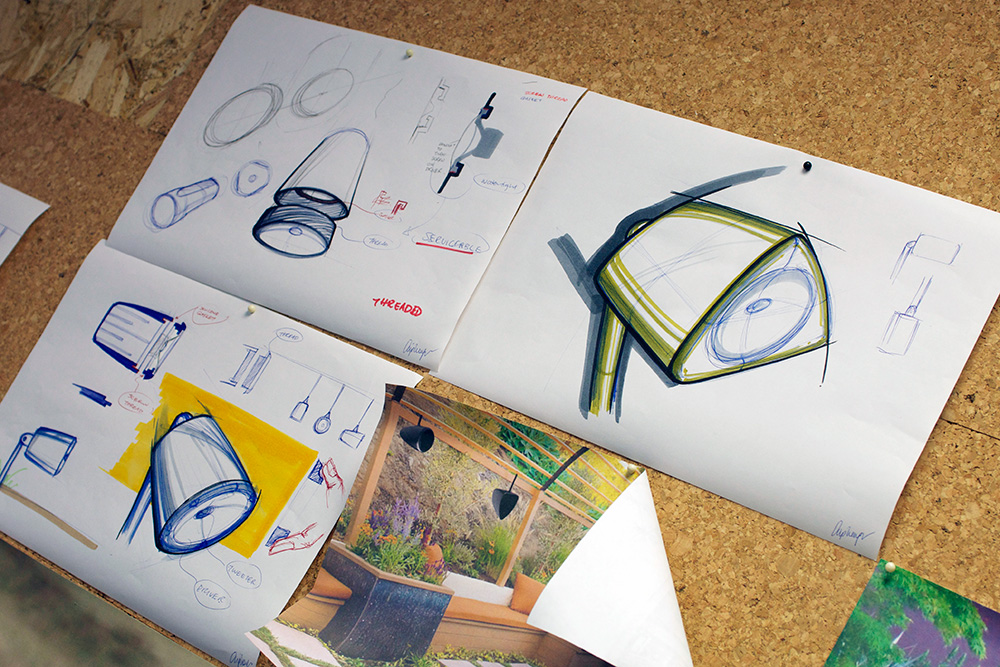 These sketches will be followed by a variety of blue foam mockups, since the transition from the sketchpad to three dimensions is not always a harmonious one. Once the size and dimensions of a concept are in place, the team shifts to the computer. Initial renderings are done up and passed onto Monitor's sales team to be okayed, and then the engineering process begins in earnest. 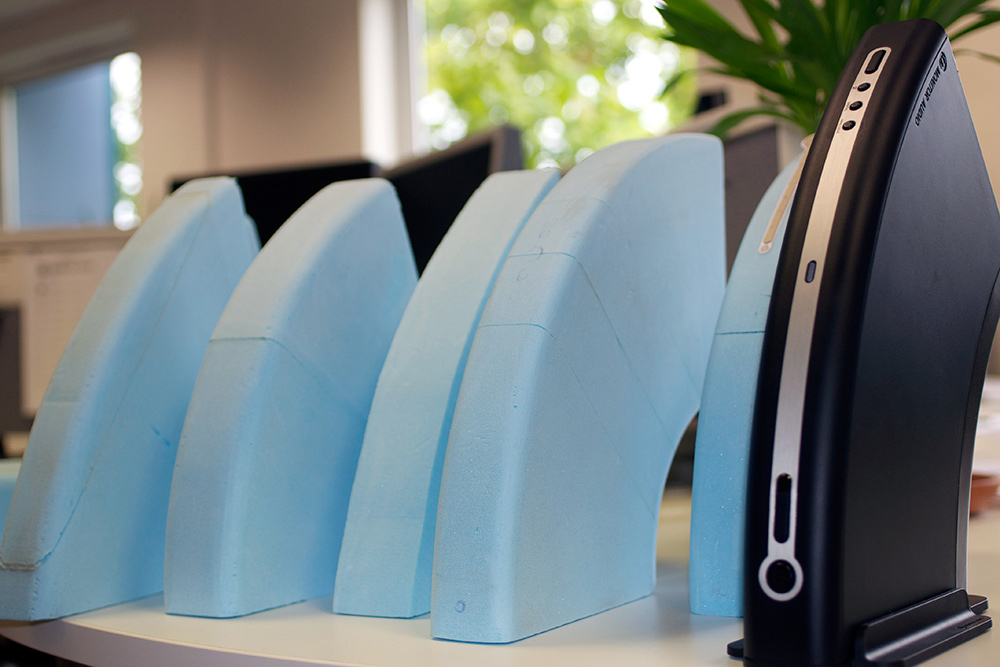 The Monitor folks are a fastidious lot. While that tends to be the modus operandi of a group of engineers, it was a little surprising to see such attention brought to bear by their design group on a simple updated product line. "It's very rare that we're finishing a project that we're not ready immediately after to start again," Charles said. "There are things you've learned that you want to be able to apply to what you’ve just finished." He went on to explain that the outward differences of something like the first-generation Radius line through to the third-generation Radius line appear quite subtle. "The fundamentals are still exactly the same -- just a simple box with two circular metal grilles on it. But every time we've updated the range, we've thrown everything away and started again. There are very few components that we thought, Oh, we'll just use that again." I scoffed a bit at that comment. Surely not? Can that even be justified from a business perspective? As it turns out, "design" meant a great deal more than I was expecting it to. Almost every component found in a Monitor loudspeaker is designed and built in-house, with a strong emphasis on "almost every." "We use very few standard components -- every nut, every bolt, every screw; we design it," he said.

That is quite a fanatical dedication to product quality. Equally fascinating to me is the collaborative nature of this iterative design process. The team itself is relatively young, and they work in an open-format type of setting, where ideas are bandied about and discussed at length. Numerous times during my brief chat with Charles, several team members swiveled around to discuss something with a coworker, and they all seemed to be actually working, something I, myself, so often have trouble with. Each project has a single lead designer, however, "which is a good thing because there is consistent oversight and it ultimately makes for a better product," according to Charles. With most every concept, however, Dean's technical team has the final say given the acoustic considerations at play, which can make the design process challenging. 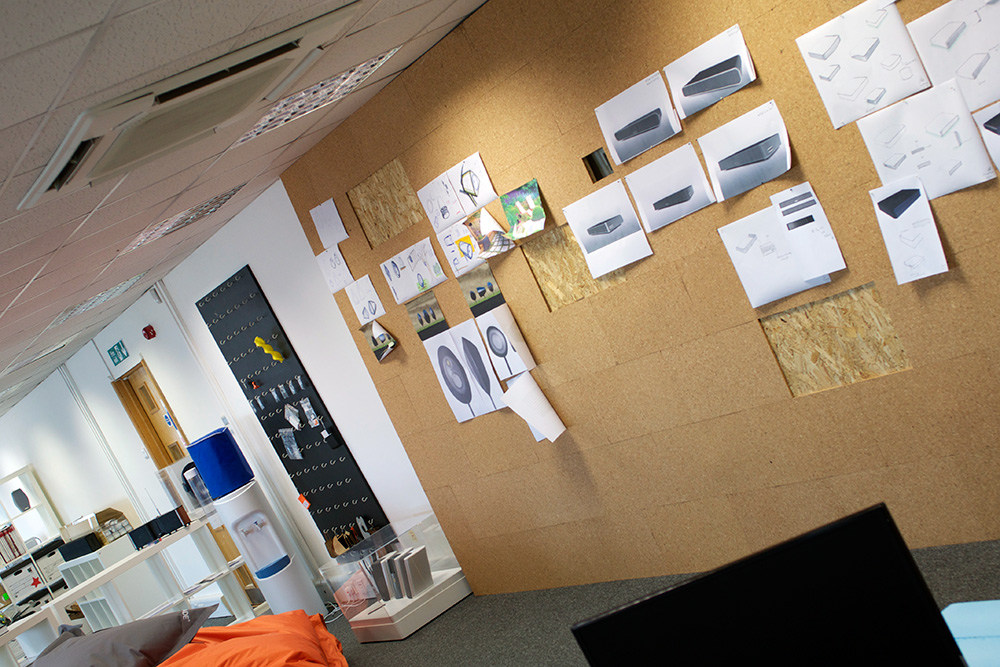 Despite this, there is very little that Charles and his team are not able to overcome. When asked if they ever outsource any pestering issues that arise, he said that it has been a while. "We normally just go to the suppliers. Once we explain a challenge, they're often able to say, 'Well, there's another way of doing what you're trying to do that will work.'" I discovered that this communication with their suppliers, and with the folks in Monitor's Chinese factory, is a common thing. The company has a permanent team there, with both a design team and a technical team, who are roughly the same size as their English counterparts. These teams are Monitor employees, not contractors, and have an international makeup about them. "We Skype most every day," Charles said, and his team is able to e-mail computer models of a given product back and forth between the factory and their suppliers so that there is complete understanding of a concept's objectives. And going from start to finish, from idea to mass production, takes between 12 and 18 months. Remarkable.

"You're constantly learning," Charles mused as we wrapped up our discussion. "That's the good thing. You want that ambition, to be constantly making something better. I think it'd be a problem if we ever released a product and thought, well, that's perfect."