JL Audio is one of the few companies that makes state-of-the-art drivers onsite. We watched the complete assembly of the W7 driver that's used in a number of JL Audio products, including the Fathom and Gotham home subs. 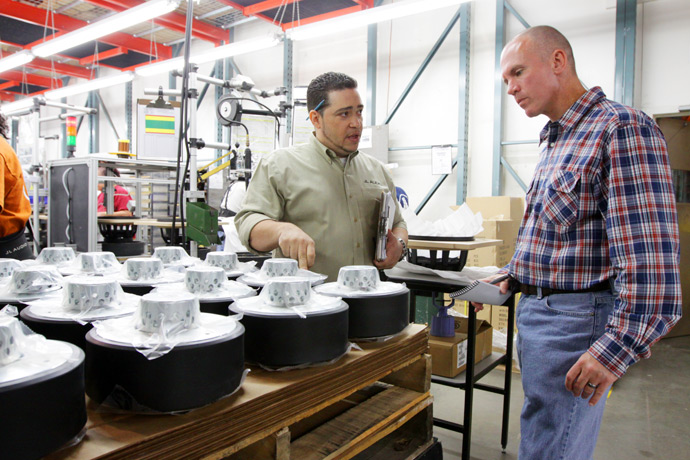 The heart of a great driver is the motor structure, JL's Ernie Collado explains to Jeff Fritz. 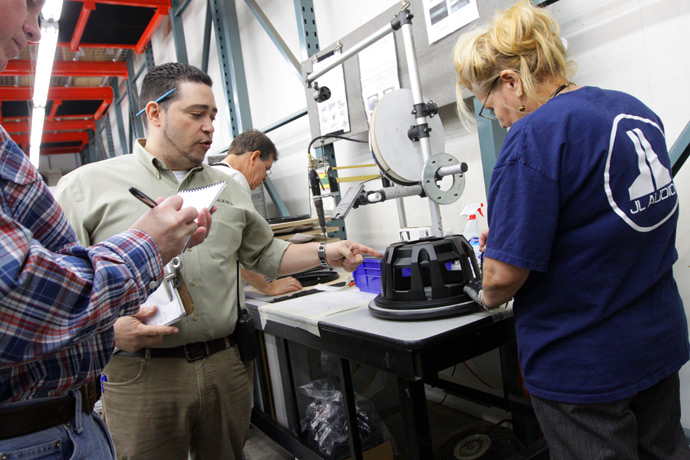 This is the basket for a 13W7AE driver. The AE stands for Anniversary Edition -- the W7 platform is now ten years old and is still going strong. 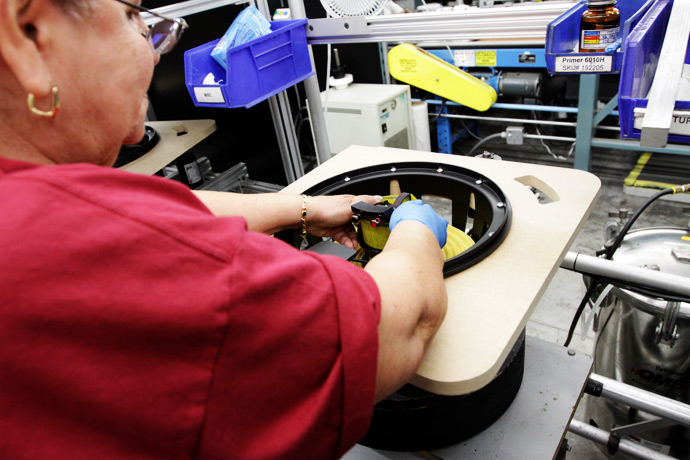 Attaching the spider in a 13W7AE is a precise process. 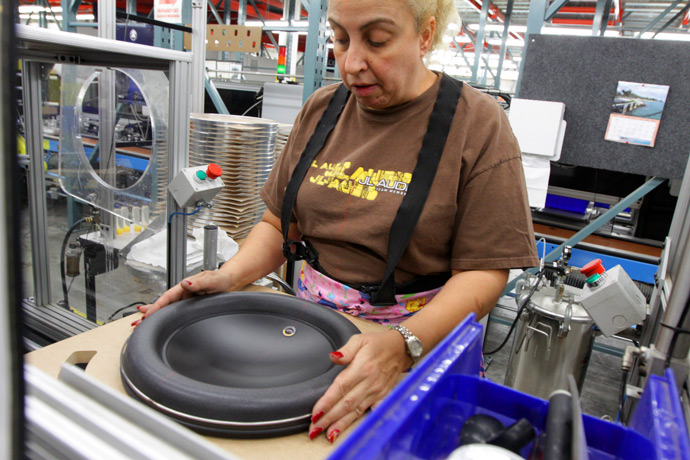 Here you see the 13W7AE OverRoll surround being fixed to the frame. 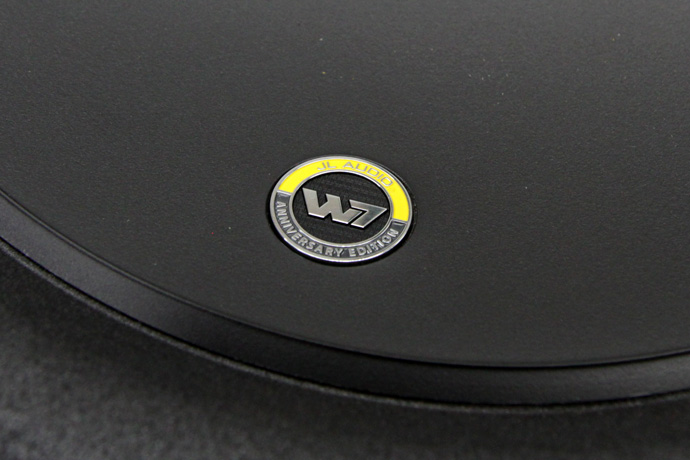 At this point in the assembly a distinct feature of this driver can be seen -- as mentioned above, 2011 marks the 10th anniversary of the W7 driver platform, so JL Audio has added a special commemorative emblem to the cone. 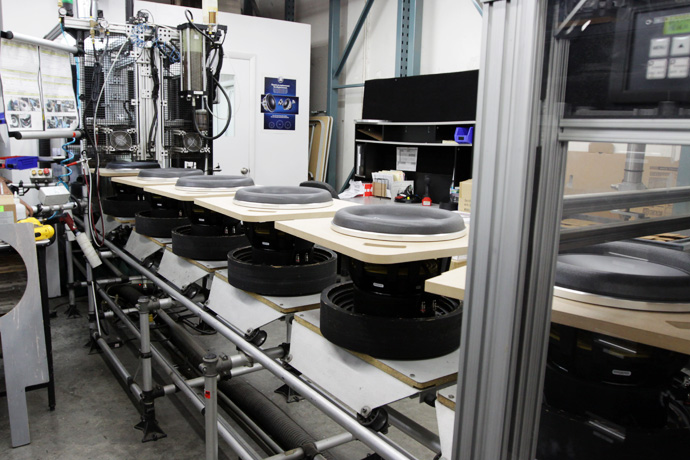 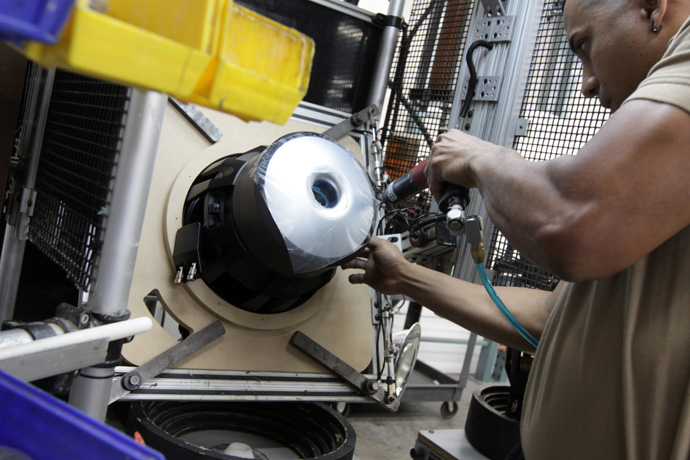 The rear of the driver is covered with plastic so no dust or debris can contaminate the inside before final assembly. 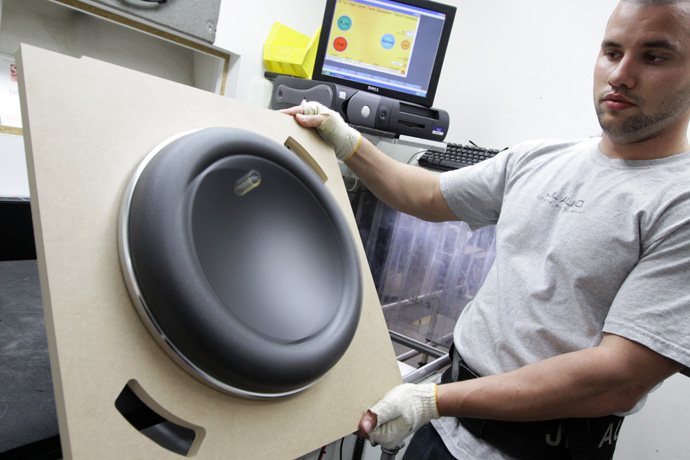 Every driver that arrives at the end of the assembly line undergoes rigorous testing. If any fault is found, the entire production line is immediately stopped until they've identified and fixed the problem.