Coda Technologies introduced its first product, the 01 preamplifier, in 1988. It seems hard to believe that a company that specializes in traditional analog amplifiers and preamplifiers would still be alive and well 23 years later, but such is the case when the commitment to the product genre is strong and the quality of work is worthy of being classified as high-end. It also helps when the founders have passion and plenty of experience. Company co-owners Doug Dale (systems engineer) and Eric Lauchli (analog designer) worked for the original Threshold company back in the mid '80s, and they went on to form Coda Technologies.

Coda's designs are all original circuits that the company has continually refined and improved upon. The original stereo Coda amplifier, the 11.0, is a class-A circuit design that the company introduced in July of 1993. Successors include the 11.5 in 1997, the 12.5 in 2005, and the current version of the bread 'n' butter product of the Coda line, the 15.0 ($10,000 USD), which was launched in January of 2008. The 15.0 can be thought of as the fourth generation of a venerable Coda circuit design, and this amplifier platform's success has fueled the company's business to this day.

I toured Coda's 2400-square-foot factory in Sacramento, California, and was extremely impressed at the quality of work this rather small company produces. Coda employs four assembly technicians and three engineers. 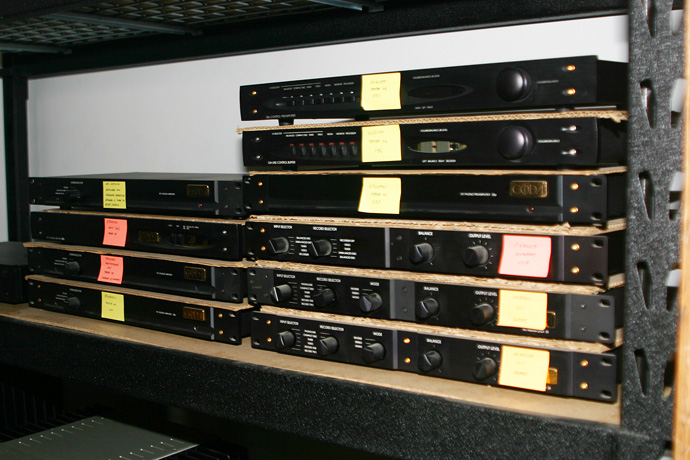 Old: Coda keeps a sample of almost every product they've produced since 1985. 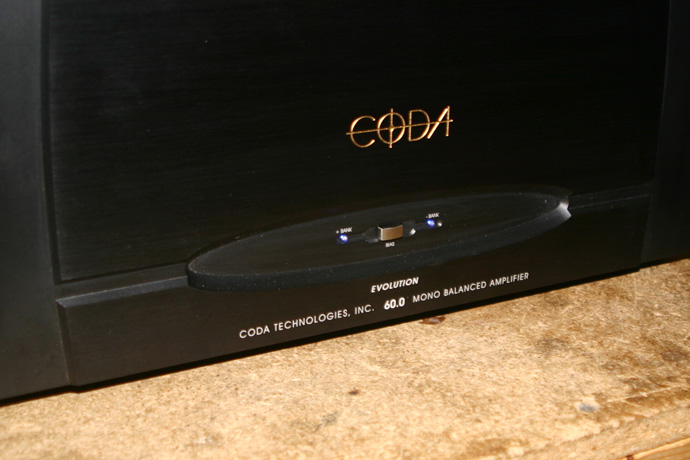 New: This is the first public appearance of the Coda 60.0 ($20,000 per pair), their brand-new flagship monoblock amplifier. 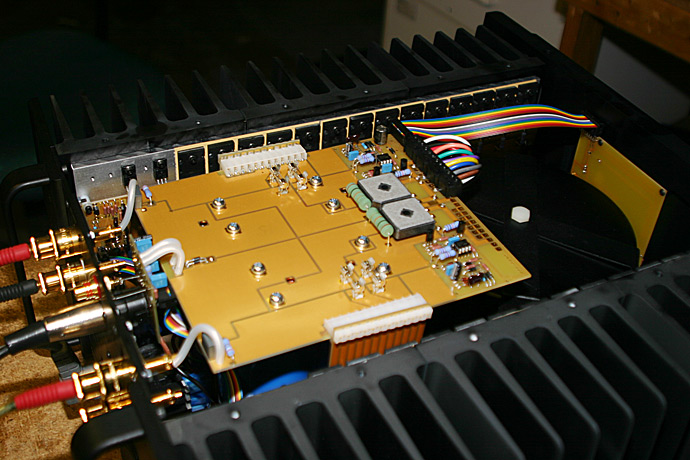 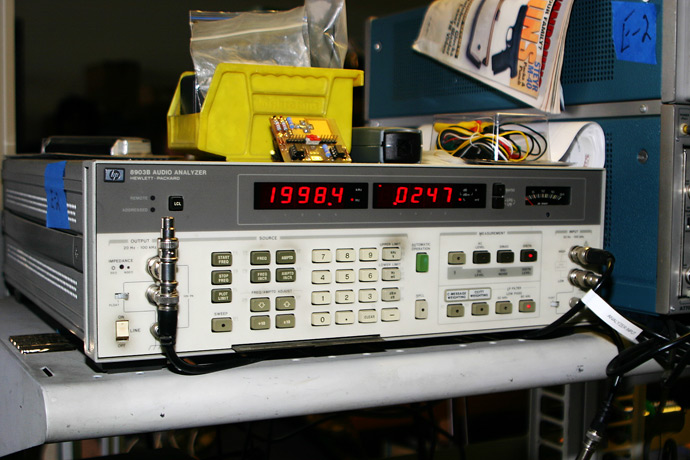 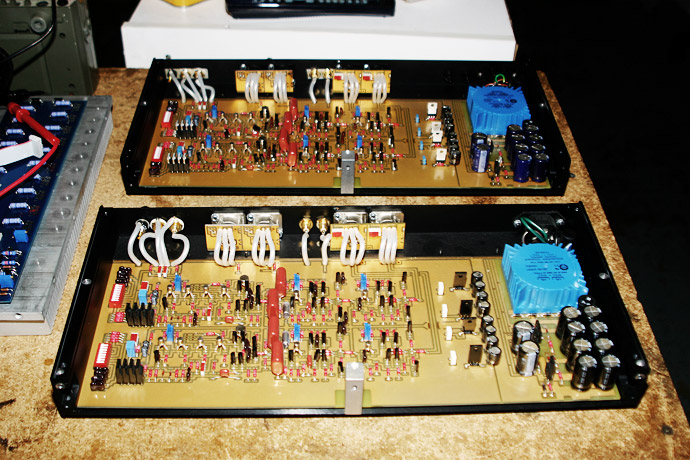 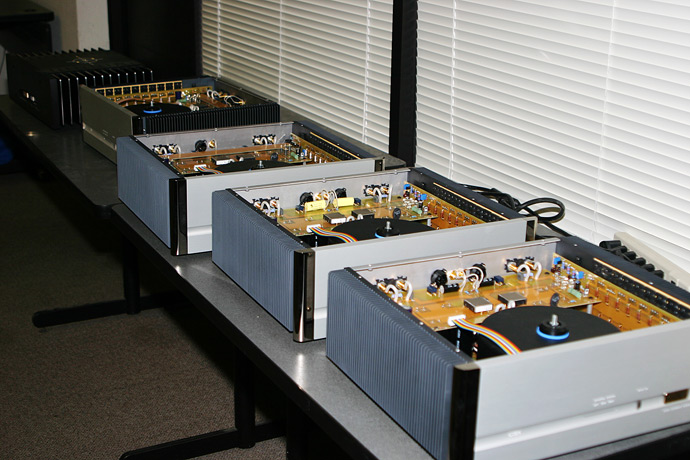 A full line of power amplifiers burning in before final testing and shipping to future customers. The burn-in process ensures that all amplifiers meet spec and that in-the-field failures are minimized.