By way of background, in 2011, France-based Focal created Vervent to purchase Naim, which is based in England. The stated goal of the purchase was to create a new European audio industry leader. With Focal building inexpensive through very high-end speakers, headphones, and automotive audio products, and Naim concentrating on electronics and wireless speakers, the purchase was a synergistic one. Focal’s and Naim’s research and development teams mostly operate independently, but they sometimes collaborate on products, such as Naim’s Mu-so and Mu-so Qb wireless speakers. This, according to Vervent, has created a joint R&D giant that allows both companies to remain on the technical cutting edge. But despite their common ownership, Vervent manages the two brands independently, maintaining each’s unique heritage and product ranges. 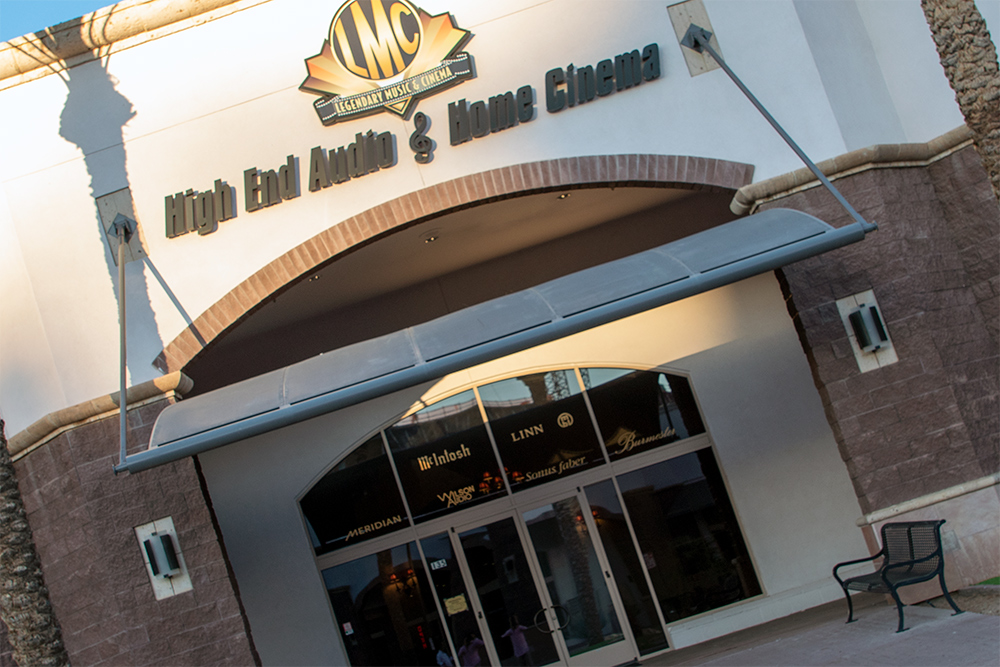 Fast-forwarding to my arrival in Scottsdale, I didn’t know what to expect. Showrooms that manufacturers own and operate have been a growing trend. Two successful examples include VPI Industries’ VPI House, in Matawan, New Jersey, and McIntosh Laboratory’s World of McIntosh, in SoHo, New York. However, the Focal Powered by Naim is promoted as a “store,” which suggests that, unlike the VPI and McIntosh locations, which are strictly showrooms, product is sold in the Focal and Naim locations. But if that’s the case, wouldn’t that place Focal and Naim in competition with retail dealers? No pun intended, I was looking forward to seeing just what Vervent had in store.

My question was answered the moment I pulled into the parking lot and noticed that adjoining the Focal Powered by Naim store was one of the largest US dealers of Focal and Naim, LMC Home Entertainment. In fact, customers can go from one shop to the other through an internal door. As Romain Vet, Focal Naim America’s vice president of marketing, later told me, if anyone wishes to purchase gear, the sale is handled by LMC. Romain also told me that other Focal Powered by Naim stores are soon coming to the United States, and they too would be partnered with existing retailers in a way that would not adversely impact their existing businesses.

I was now eager to check out the store and the French food and wine, which had been brought in for the occasion. Sleek and modern, the soon-to-be-crowded store contained three listening rooms filled with Focal and Naim products, both for audition and on silent display. There were samples from the Focal Chora, Aria, Kanta, Sopra, and Utopia III Evo speaker lines ($499 through $229,000 per pair; all prices in US dollars). The higher-end models have upgrades such as exotic driver materials, including flax and beryllium. On the Naim side were the company’s one-box Unity line of components ($3499 to $7999) and its line of separate electronics ($1499 to $250,000).

The first room contained a stereo system consisting of a Naim Uniti Nova and a pair of Focal Kanta No2 speakers in a special Halloween-orange finish. (Total standard system value $16,499; plus an additional charge for the special speaker finish). Also in the first room was a listening area featuring Focal headphones ($69 to $3999) and the brand’s headphone amplifier, Arche ($2499). 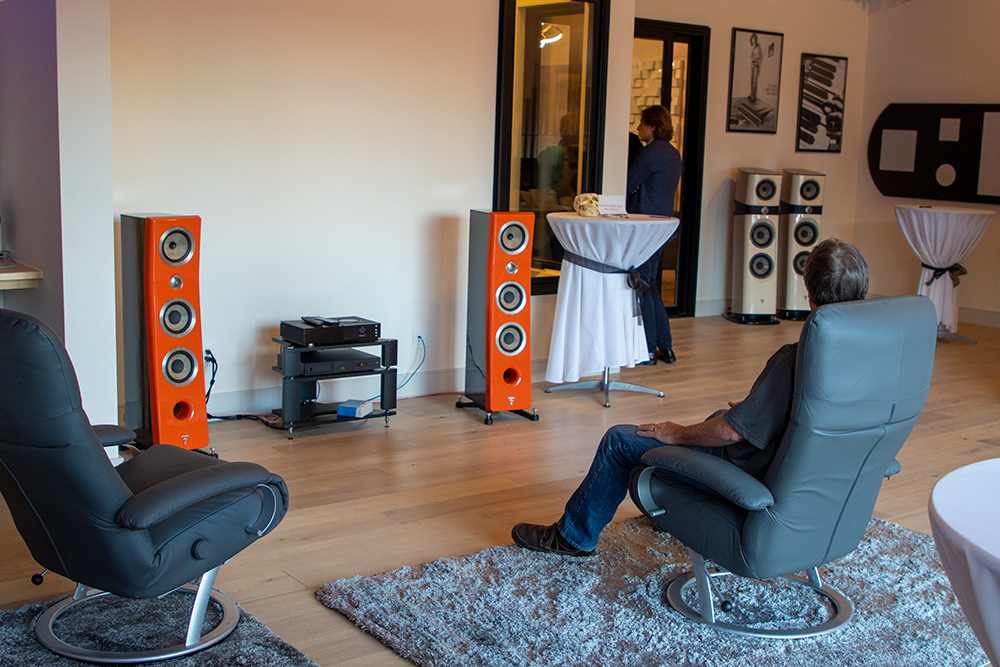 The second room contained a large flatscreen television and a $35,000 multichannel Naim and Focal home-theater and music system consisting of, among other things, Focal’s Astral electronics and 300 Series and Sopra-series speakers. 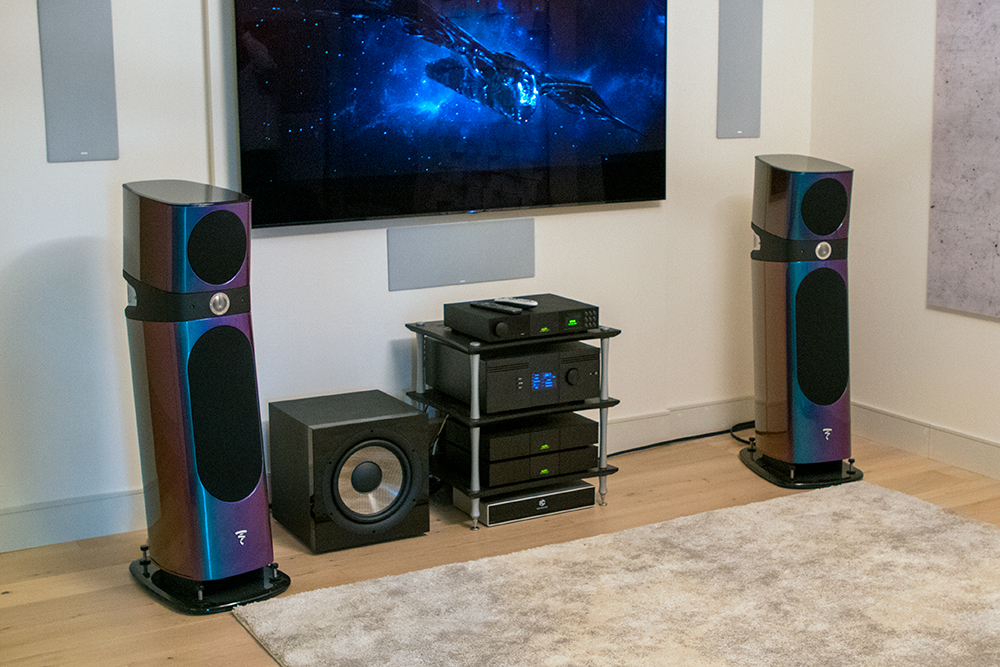 However, it was the very large third room with a cost-no-object stereo system that drew the biggest crowds. In that room were a stereo pair of the Grand Utopia EM Evo speakers ($229,000/pair) being driven by the 746W Naim Statement NAP S1 mono amplifiers ($250,000/pair) with the matching Statement NAC S1 preamplifier ($90,000). On the floor behind each of the speakers was its EM subwoofer power-supply box. The source was a Naim ND 555 network player streaming Tidal. Cables were also by Naim. The total value of this system was a jaw-dropping $660,000. The fact that a manufacturer demonstrates such a system with the streaming service Tidal tells you something about the current state of audiophile music streaming versus physical media.

When the music started, I couldn’t believe how much thrust and transient impact the drums from Shelby Lynne’s “Just a Little Lovin’” had. That song, of course, isn’t exactly high-impact, head-banging music. Moreover, after the first song or two, something unusual happened. Typically, at demo events, I do some listening, but I’m mostly busy with getting product prices and technical information, meeting company representatives, and taking photographs. Here, though, about a third of the way into the statement system demo, Chris Shaw, a Focal Naim product manager, took the crowd through an array of high-energy songs that began with Beyoncé’s “Partition.” Aside from the music’s unusual scale and sheer force, things like bass control, detail, transparency, and transient cleanliness were eye-opening. I took a seat in the first-row sweet spot, at first tapping my feet and bobbing my head a bit more than usual. When AC/DC’s “Shoot to Thrill” and The Who’s “Who are You” were played, my fist was in the air, cheering on the music. That’s about the best compliment I can give. 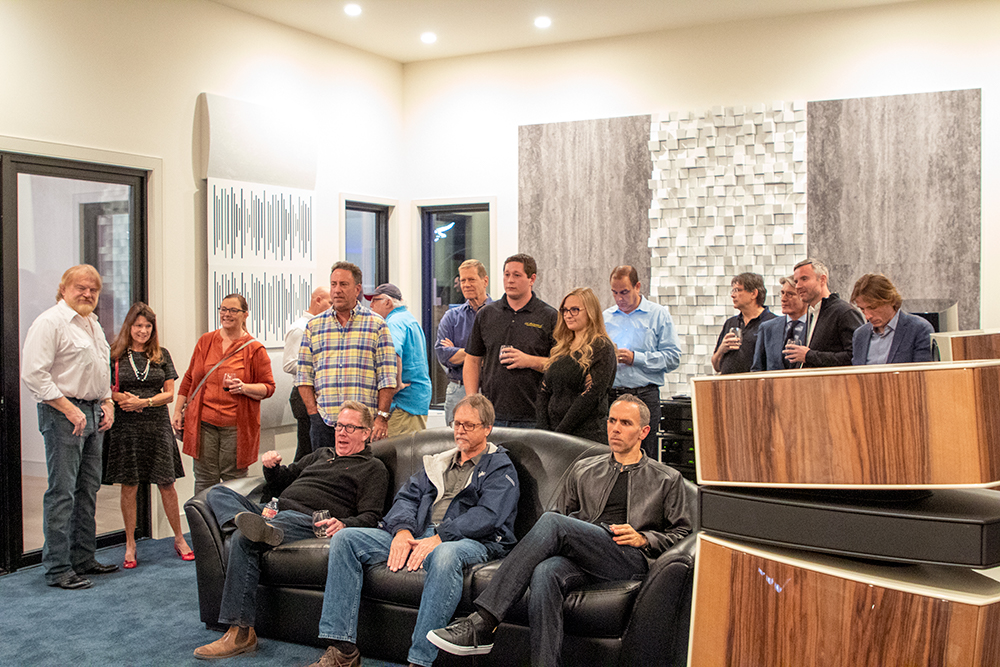 Kudos to those Vervent, Focal, and Naim employees who set up the event. By any measure, it was a great success. Even for someone who regularly encounters Focal and Naim products, I learned a lot about these two companies and heard some great sound. Vervent states that the three existing Focal Powered by Naim stores are just the first steps in an ambitious store rollout strategy. When one opens by you, I highly recommend a visit.